Brave Art opened on the weekend in Whistler and even though there was a big air contest on the same night, a ton of people still showed up for the show! (thanks sascha and steve for the camera work) 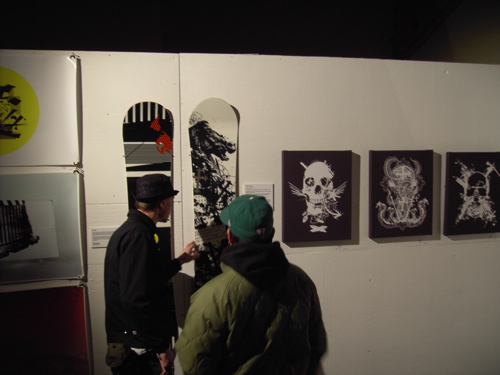 I showed a few canvases (two of which sold before I even got there!) and a snowboard from the 08/09 Endeavor line. Here’s my pal James aka sheOne telling me I did it all wrong. 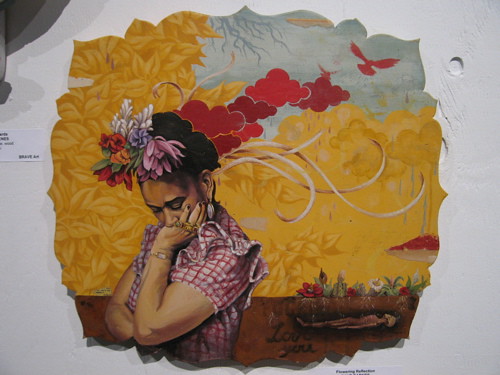 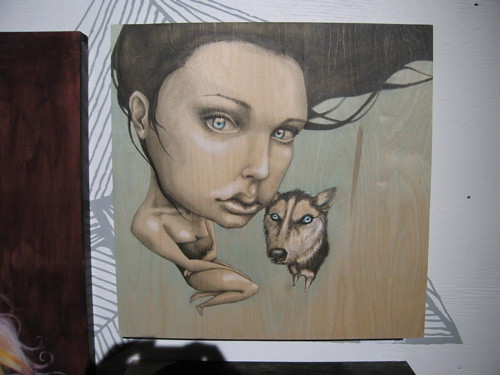 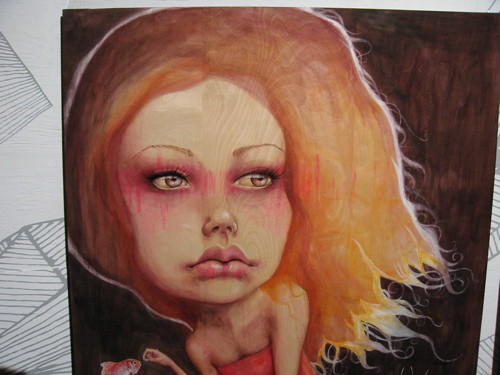 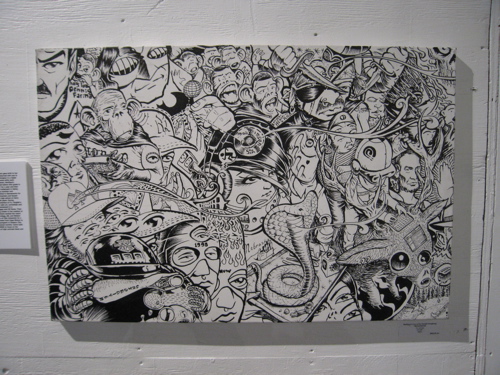 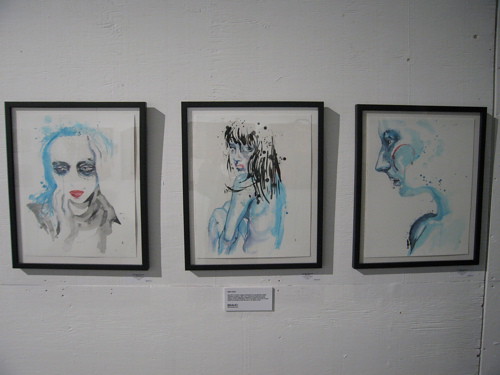 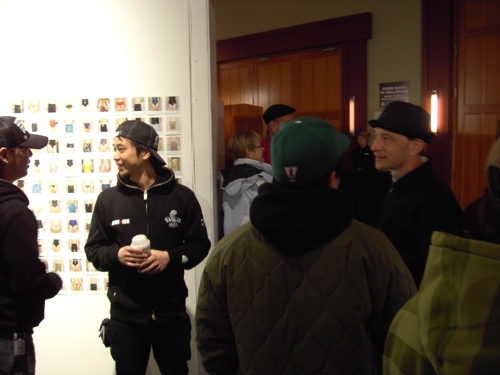 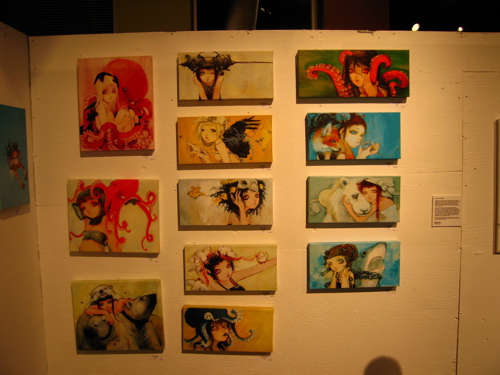 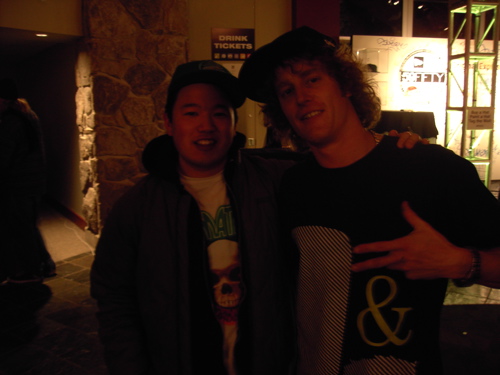 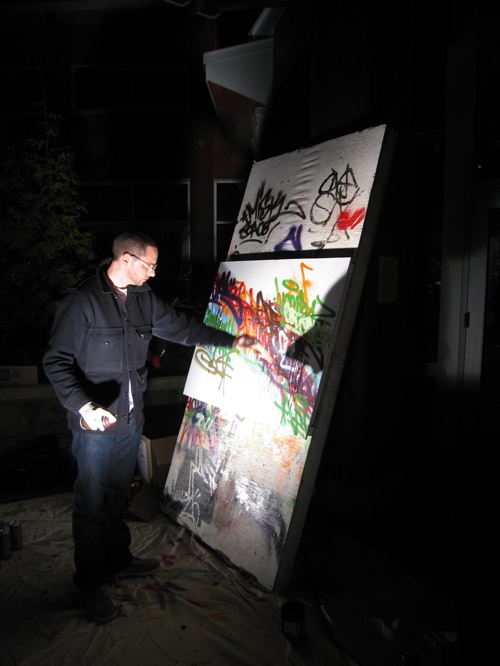 James killed it in front of a nice size crowd. 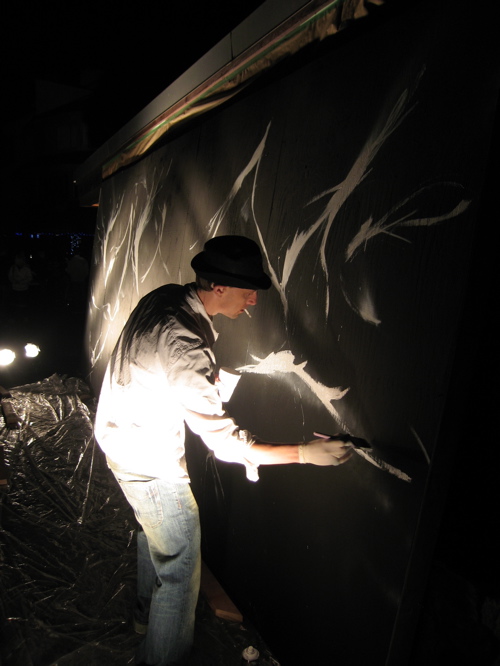 The outdoor setup was cool because they had these floodlights so all the vapors got lit up as he worked. 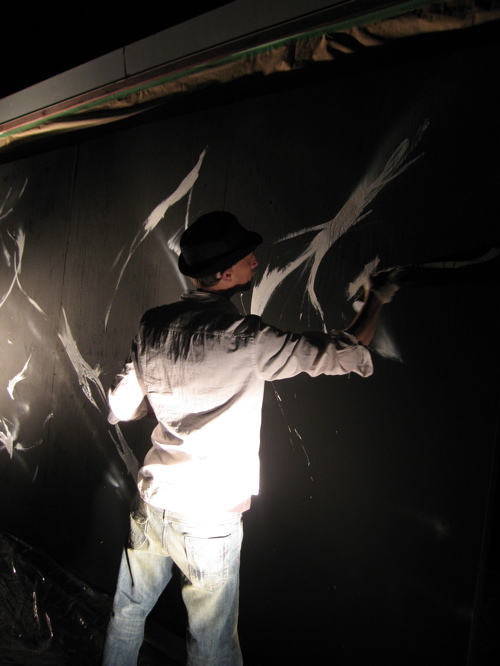 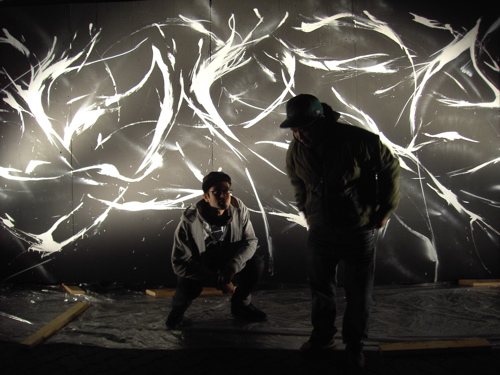 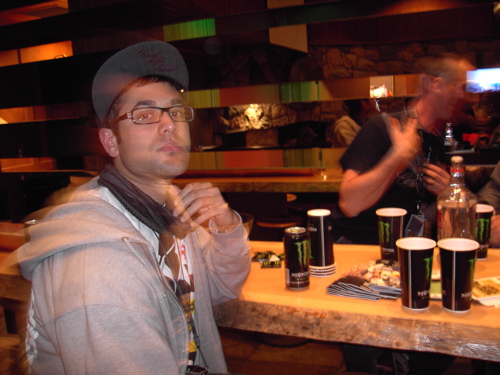 After the party is the hotel lobby… 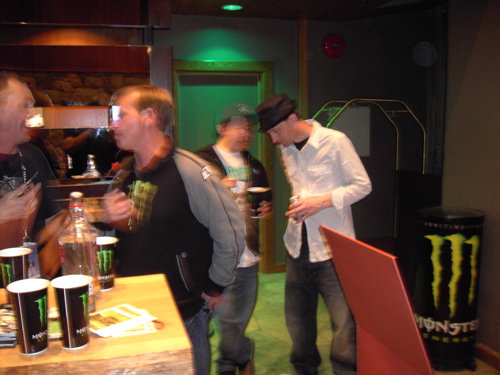 Thanks to Nelson and Libby over at Monster Energy for squeezing us into the Adara (they booked the entire hotel) and BIG thanks Max (endeavor) for putting me in the show! 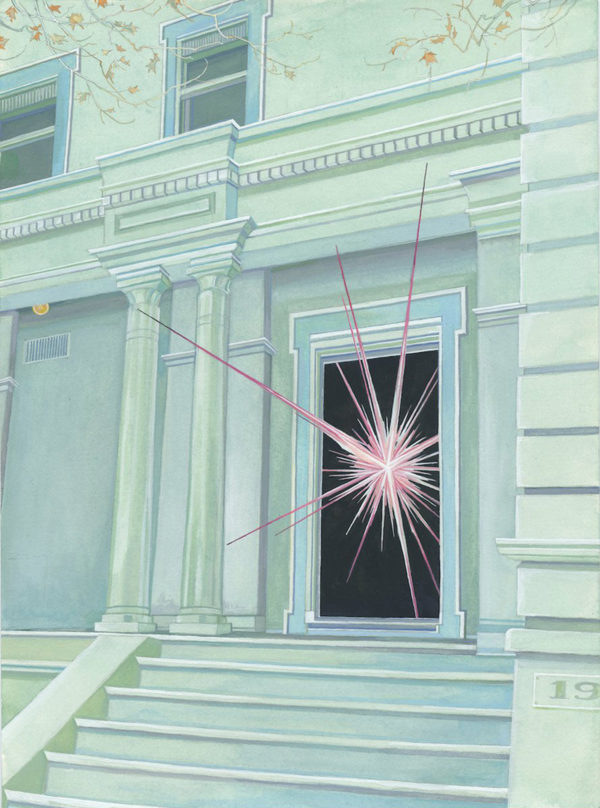 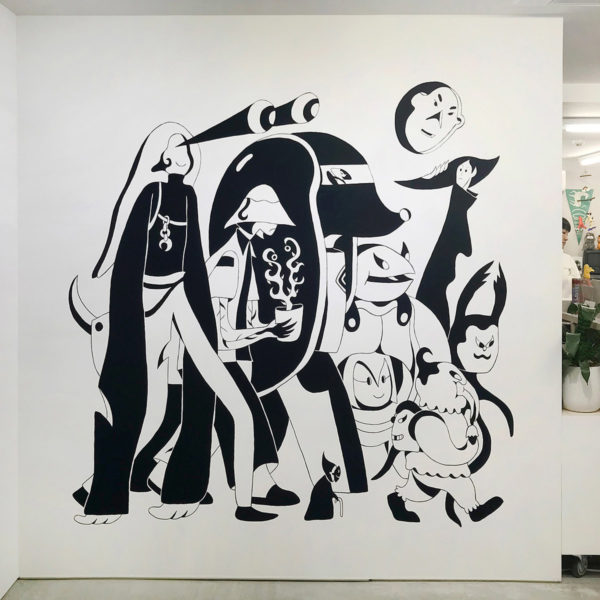 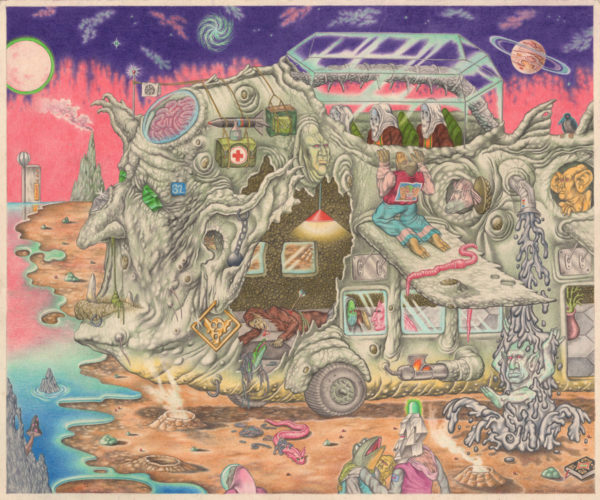