Last week I caught up with my friend Vince and his friend Trevor at a nice little Korean place downtown. Trevor (with the hat) and his brother Matt started an instrumental hip hop group called No Luck Club in 2000, and were quickly signed to Dan the Automator’s 75Ark Records. 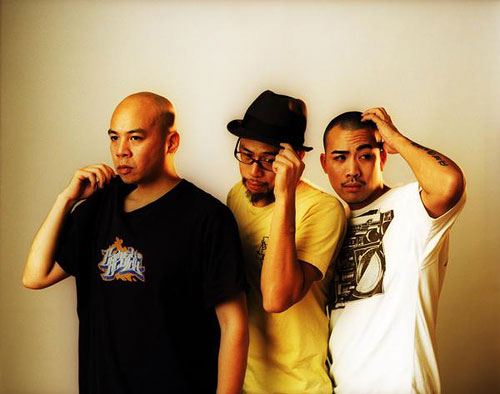 Due to some unfortunate circumstances (the same circumstances that are preventing us from hearing the finished sequel to the Deltron 3030 album) 75Ark suddenly imploded just as the guys were about to relase their album. Luckily Ill Boogie Records stepped in and No Luck Club’s highly acclaimed “Happiness” album finally saw the light of day in 2003.

Their live show quickly attracted a large following and they were being compared to the likes of Dj Shadow and Coldcut, not to mention sharing the bill with the likes of Jurassic 5, and Kid Koala. Vancouver DMC champ Pluskratch joined the group and they released their followup to “Happiness”, called “Prosperity”.

Trevor didn’t ask me to post about him but this is what I do! Here’s one of my favourite tracks from “Prosperity”! If you like Ozomatli (who doesn’t?), you’ll love this!

No Luck Club – Turntables on the Bayou

(If that link craps out here’s the Zshare link to download the mp3!)