Say hello to Josh Holinaty! He is one of the four Canadian artists who created work for our “Afterlife” project with Poketo. I am also giving away one of his wallets, details at the bottom! 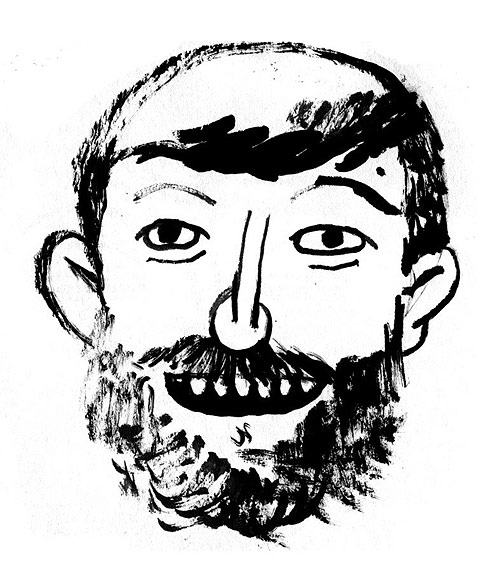 I think I could live in Edmonton if summer lasted from January until December, how do you like living there?

It’s great, really. Aside from the long winter, out summer is incredibly beautiful. The river valley, the music fests, etc. Also, there is an incredible arts scene here that is hyper embracing. Everyone – from art, music, burlesque, film – just hangs out all the time. Everyone is always in a state of collaboration in a very DIY sense. There’s a stigma that Edmonton has ‘no scene’ because it doesn’t have a full on art college or something like that. But in the end it only drives people really hard to want to do their own thing – and the results are obvious. Zines. Garage rock. Public Art. In the past few years there’s been a serious blossoming in this town. 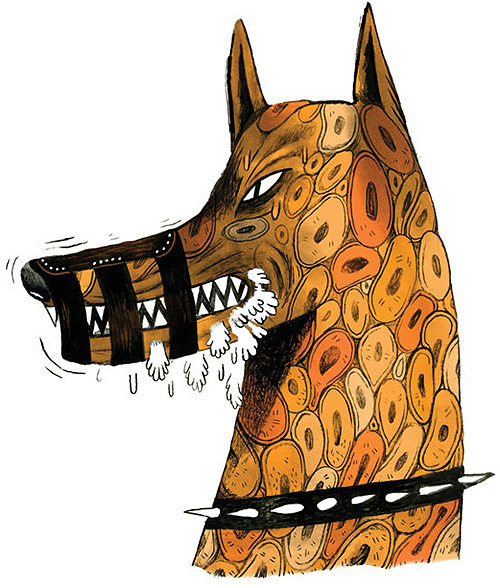 Are you gonna do more large work like that mural with Luke Ramsey?

Working with Luke was a blast – probably one of the most fun months ever. That was sort of a surprise project that came upon the both of us. We never expected the grant to go through. But now that the mural is over, I’d love to take something on with him again. Nothing planned yet, but we’ve talked about what would be fun to do in the future. Here’s hoping something happens!

Did you read a lot of comics growing up?

I seem to get this question a lot, and surprisingly, no. Never been a fan of superhero shit – it’s too fake. If anything, I read comics more once I grew up. Things like R. Crumb, and  Chester Brown and Chris Ware. Growing up I was all about video games. Shelves filled with Nintendo Power and Gamepro magazines. I’m such a dork for that stuff – to the point that I donate illustrations to Killscreendaily, a rather scholarly video game website that I frequent. 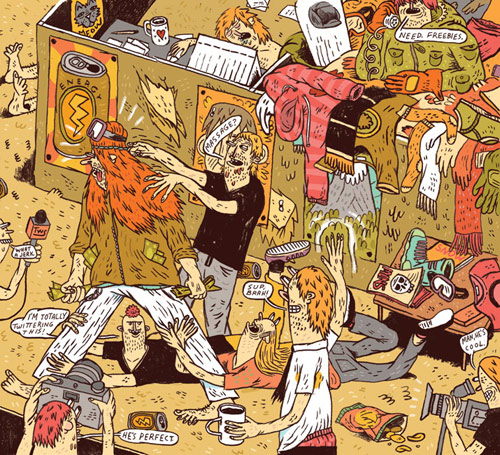 When I was younger I would always try to draw Fido Dido (the 7-Up character) was there one thing like that for you?

Fido Dido was one bad ass looking dude. When I was really young, I would try to render Orcs from Warcraft like crazy (sidetone: never played World of Warcraft, that would probably take me over). Oh, and I’m probably not alone in saying this, but trying to draw the Ninja Turtles when I was young probably took up more time in my youth than necessary.

I used to play Warcraft II on a 28.8 dial-up modem! Technology has advanced a lot since then, have you ever tried drawing on computer with one of those Wacom tablets? Or are you opposed to that sort of thing?

Nice! I used to play that game all the time back when it came out.

I have a nice Wacom tablet that I always use – but only for colouring and minor touch ups. All my stuff is first made with good old ink on good old paper with good old shitty brushes. I have nothing against the using of new technology, I use it all the time. And frankly, I’m actually a gadgety, tech-stoked sort of guy. Genevieve has one of those iPads and it’s fun to draw on that thing using the Brushes app. 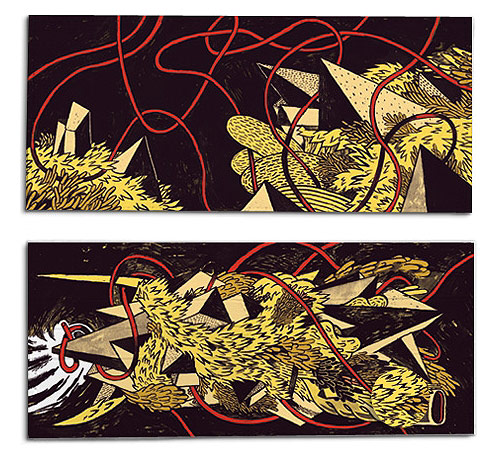 Can you talk a little bit about your thought process making the artwork for this wallet?

When it comes to making open ended art pieces, the thought process is more about dealing with the work as it’s getting made. I treat most of my open ended work like I would treat a painted canvas: with no game plan. I like to work from the gut and just start making something, and figuring it out as I’m making it. The only time I don’t do that is usually with illustration work where there is a specific idea I have to work for (or against). Though now and then I get a jobs that are about just ‘freestyling’ it – like music posters.

Would you consider yourself a spiritual person?

I’m in no way religious – I’m pretty much against the mass warping of brains. With that said, I still think there is an inherent beauty in life, and yeah, I would consider myself somewhat spiritual. You know, things go through cycles, we all die, energy gets reused by having worms and bacteria eat our corpses. Trees grow out of that. Etc. That’s pretty much the extent of my spirituality. Walk through any lush forest and I’m sure we’d all agree. 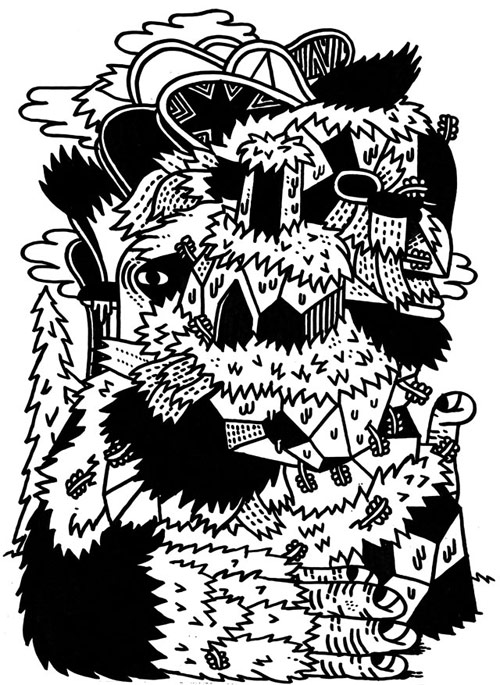 What song will play in the end credits of the movie version of your life?

Damn. Toughest question yet. A few choices, depending on wether the movie is a action/thriller, drama or comedy: “Fear Cave” by Bison, or the original cut of “Safety Dance” by Men Without Hats or “My Balogna” by Weird Al.

Maybe we can end this interview with a quote you like? 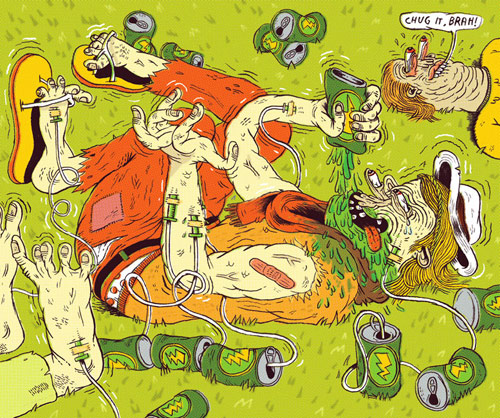 To see more of Josh’s work, head over here.

Now I’m gonna give away one of Josh’s wallets! If you’d like to win it leave a comment below with an encouraging message to Josh! I’ll pick a winner on Tuesday!