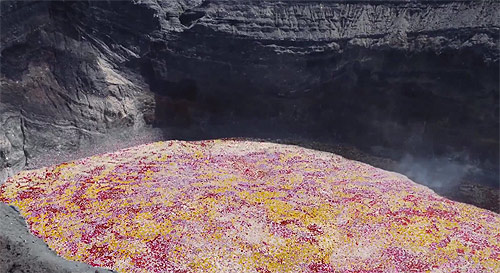 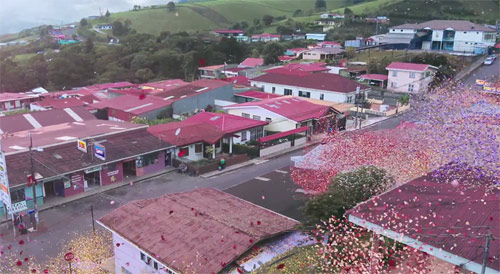 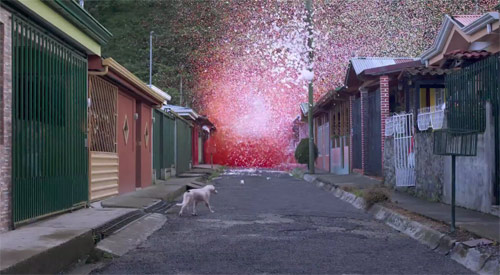 I rarely do this but I have to rant a little bit about this ad. It’s actually less about this particular ad and more about the cycle of constantly “improving” technology and what’s being deemed creative these days.

Sony’s new ad spot for their new 4k television features 8 million flower petals floating over a small town, symbolizing their new 8 million pixel display. The formula is a very familiar one: Take a bunch of colourful things, throw them everywhere, film it all in slow motion.

The ad is meant to promote the fact that the new Sony televisions will have four times the detail of the current HD sets, but sadly we don’t have these televisions yet! So that means we’re all watching this 3840 x 2160 ad in 1080p, on Youtube, and the fullscreen images look terrrrible.

I realise they must have thought of this, but if it was an intentional decision for us to watch a pixelated ad, is it effective? Does it really make you want to buy a new 80″ television, or does it only expose how stupid this is? I mean, filmmakers must be cringing right now, imagining all their future clients demanding 4k, and dreading the hard drive purchases and encoding times that await them. Do we even want this?

This is a perfect example of how the rapid cycle of upgraded technologies is actually killing creativity. Instead of trying to do something amazing with the tools we have, we are always tossing something in the garbage and unwrapping something else. Then we use that new thing to re-make something we already made with the thing we threw away. Who needs new movies when you can watch the same super hero origin story every six months in higher definition!

This commercial is a completely uninspiring re-make of Sony’s own Bravia ad from 7 years ago, and it celebrates an advancement that only makes it harder (and more expensive) for people to create things. A truly revolutionary moment will be when Sony releases an 8k television, and it comes with a human-like robot designed to actually appreciate it.

Maybe I am just getting old. You can watch the ad (in all its pixelated glory) below. 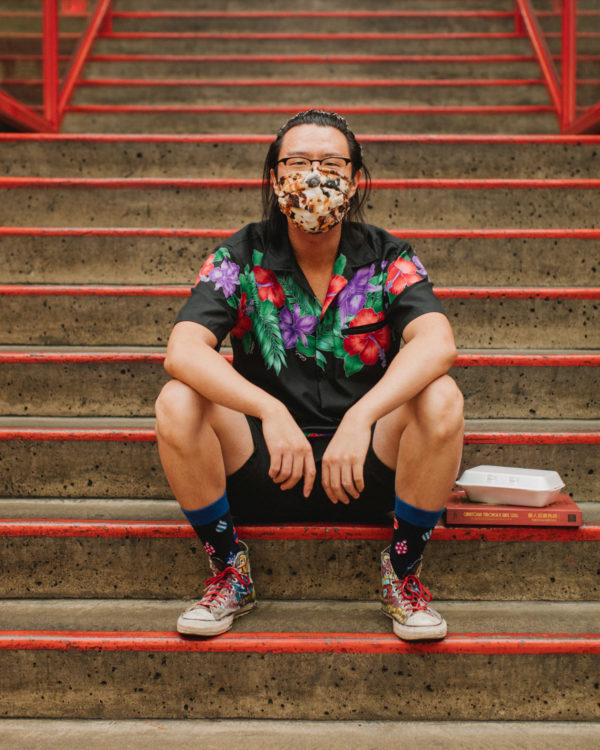