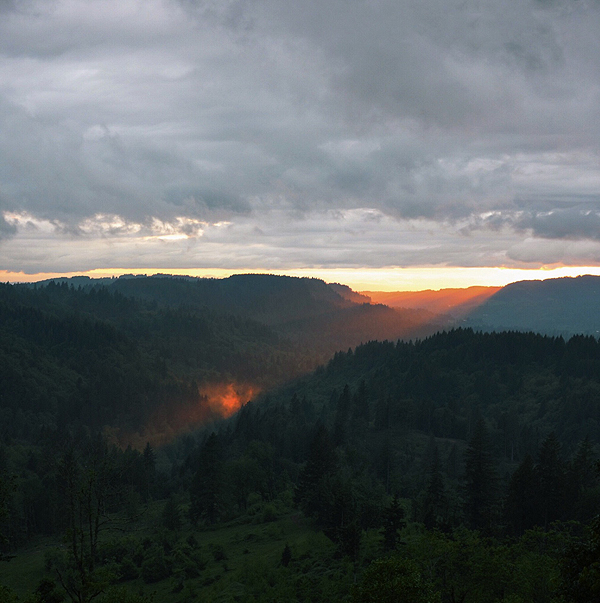 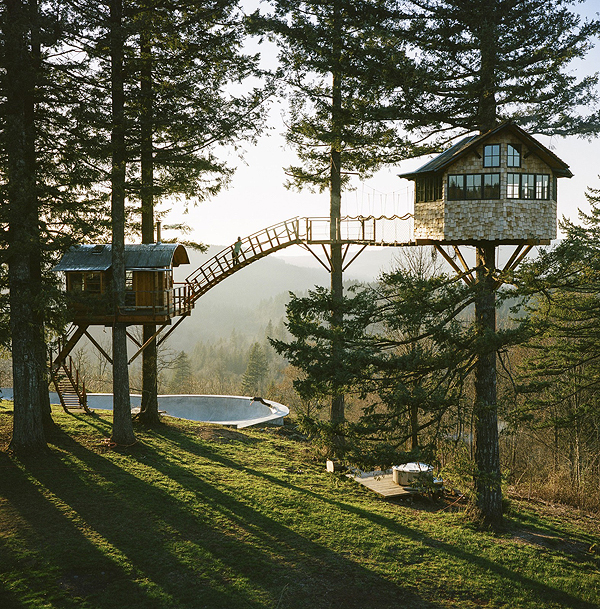 Around this time last year Foster Huntington decided to build the ultimate tree house and skate bowl. With the help of his friends (some professional carpenters/some not), Huntington was able to make his dream a reality. Having documented the project from start to finish, Huntington is now starting a Kickstarter campaign in the hopes of publishing a book that will inspire others. Watch the video of The Cinder Cone below. 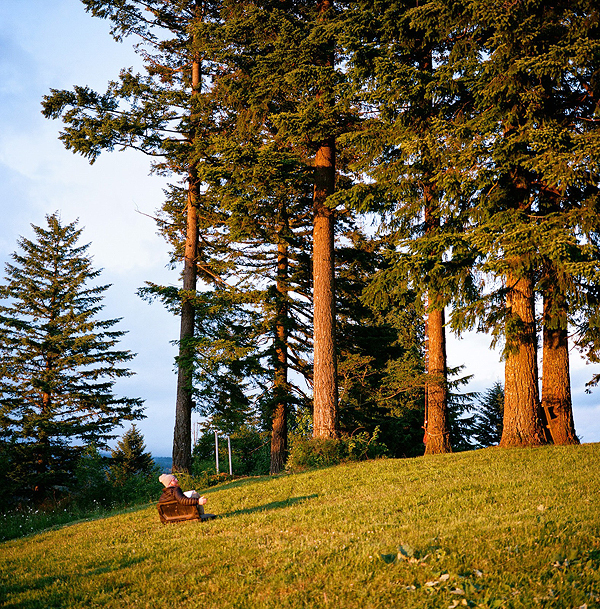 Tucker Gorman planning and designing on the first day of the build of the tree houses. 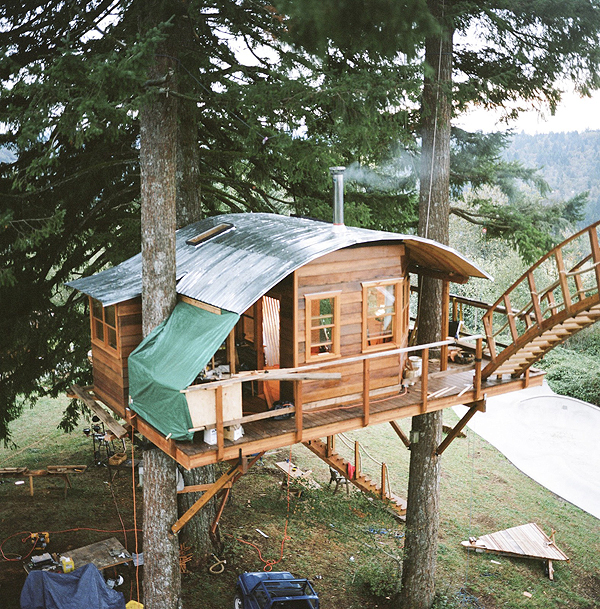 Wrapping up work on the studio, 20 feet off the ground, suspended between two Douglas Fir trees. 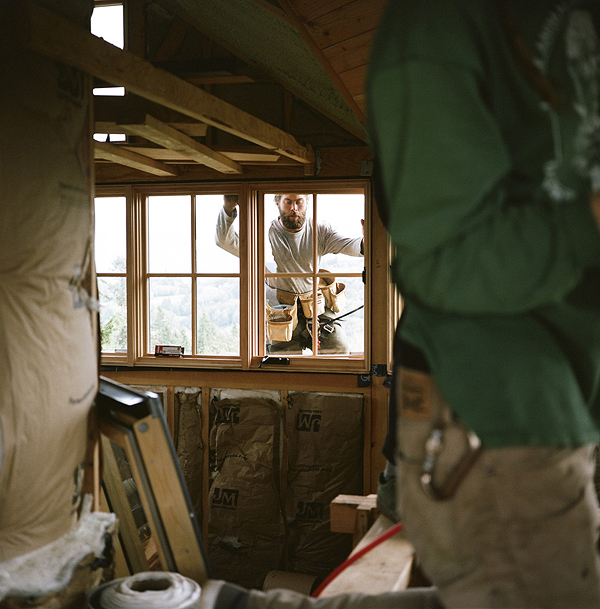 Billy McHugh shingling and Kai Korsmo doing finishing work, 35 feet off the ground in a tree. 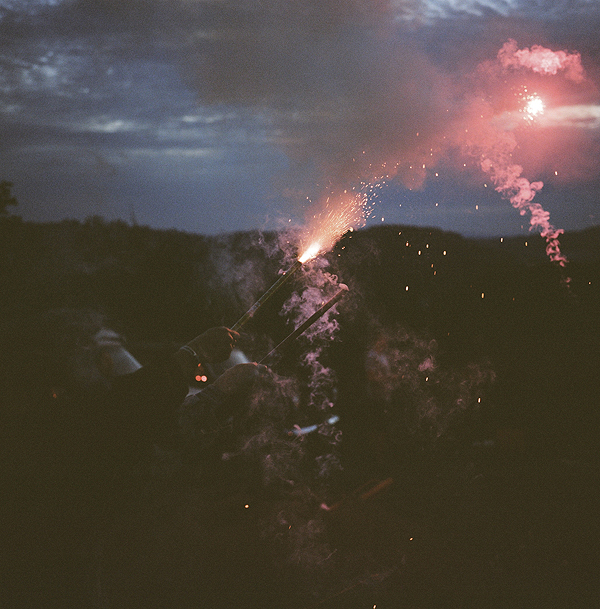 Breaking for the Fourth of July. 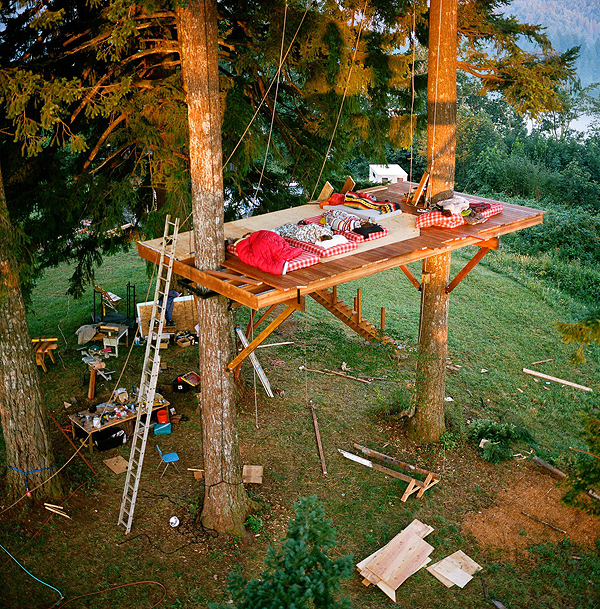 Our first night in the trees, six weeks into the build. 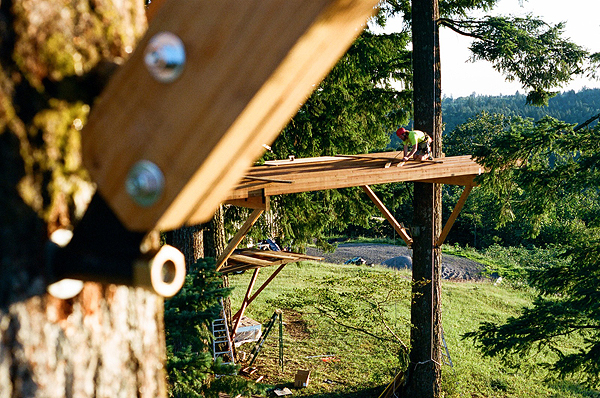 Tucker Gorman working on the studio platform, early on in the build. 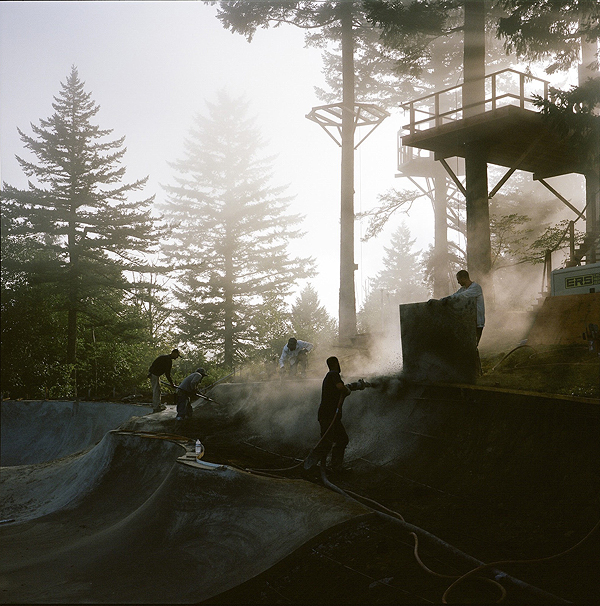 Forming the bowl on a foggy morning in August. 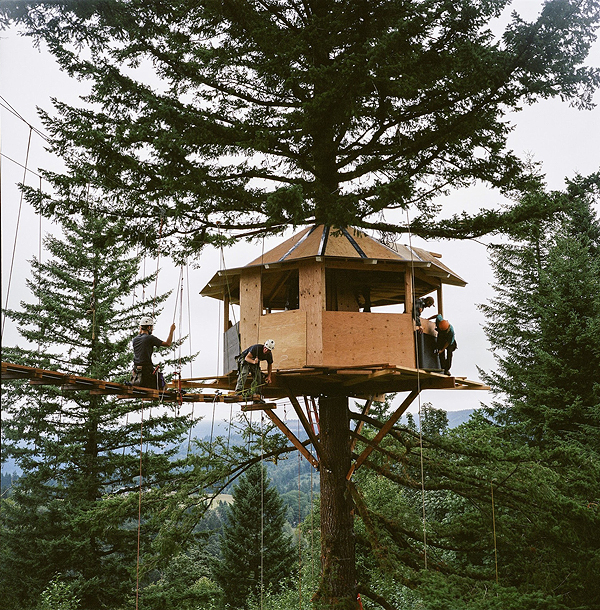 Building the suspension bridge and getting the Octagon ready for shingling. 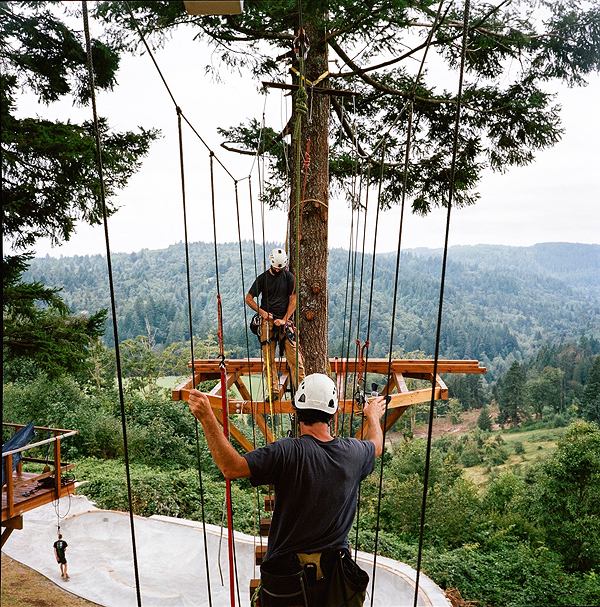 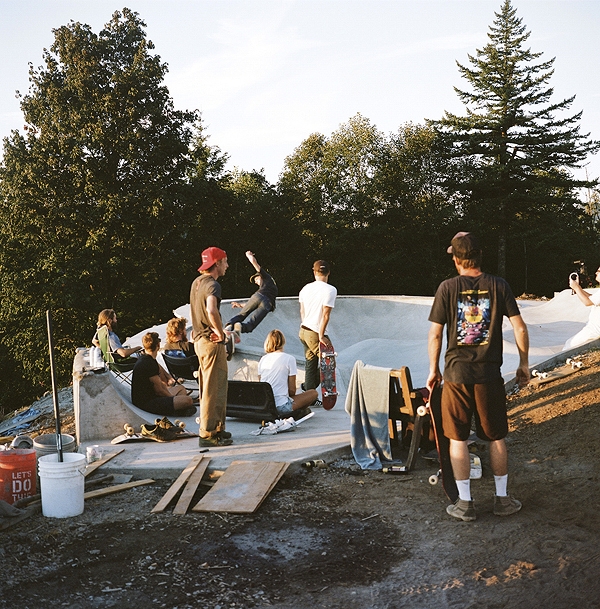 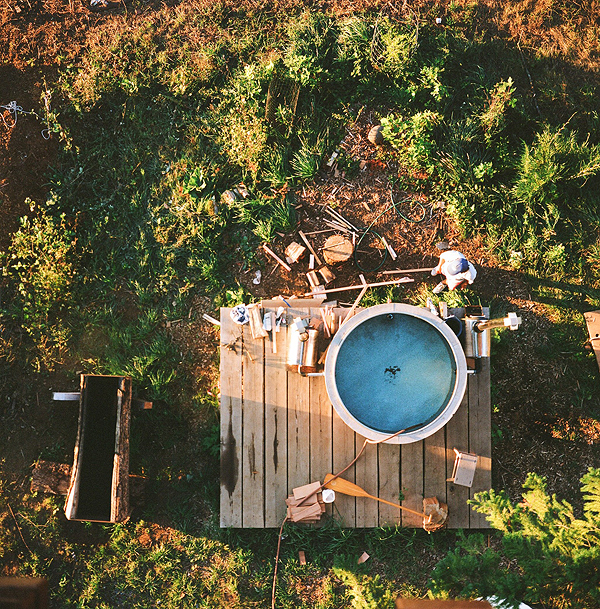 Warming up the wood burning tub. 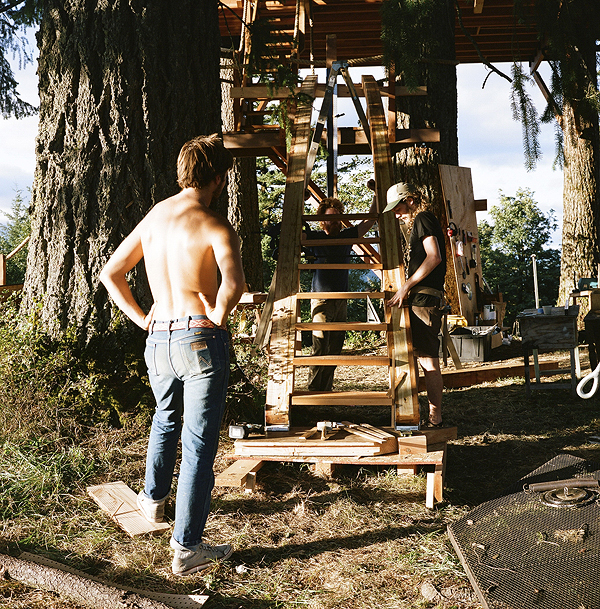