The collages by Alfredo Quintana Garay (Mexico, 1974), Tintorera, are debtors of Dadá, Surrealism and pop culture. In 2001 he published the illustrated poetry book Primavera de carroñas. Since 2013, after 10 years as a magazine editor, he took the artisanal and digital collage fully.
Alfredo’s collages have been published in Esquire Mexico and Forbes (Spain), among others. His collage portfolio published in Tapas Magazine obtained Bronze in the Awards ÑH 2016 in the category Illustration/Portfolios, as part of “The best of journalistic design Spain/Portugal and Latin America”, promoted by the Society For News Design.
In 2019, he participated in the collective exhibition Aglomeraciones, organized by Art Latinou in Mexico City. In 2020, he participated in the first Mexico-based edition of the Argentine art fair, BADA.

Interested in working with Alfredo Quintana?  Send an email. 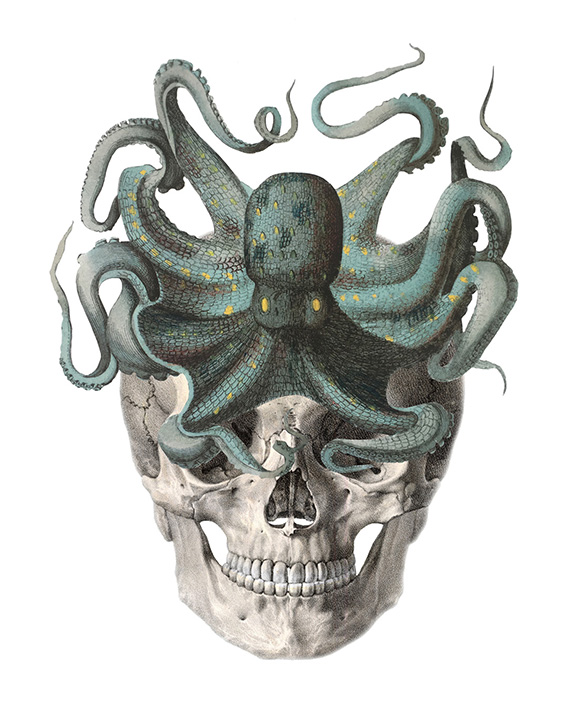