Back in October of 2007 (before Booooooom existed), I interviewed an artist named Hiroyuki Hamada. I thought it might be fun to re-post the interview as it has since been removed from the internet. Enjoy.

Hamada vs Hamada: An interview with Hiroyuki Hamada 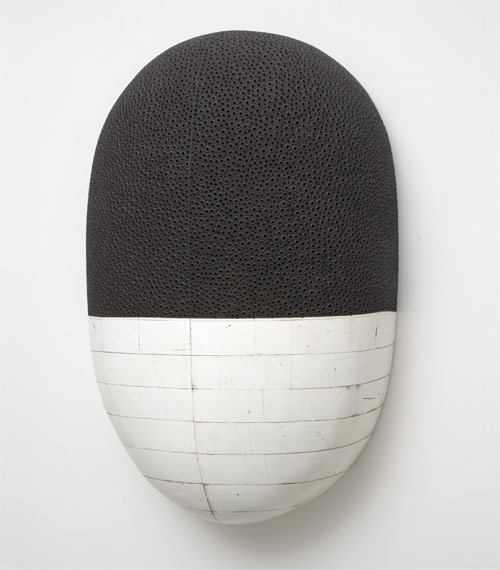 I randomly came across Hiroyuki Hamada’s work, following a link from Newstoday. We share the same name but in terms of immediate family we are completely unrelated. After seeing his amazing work I thought it would be fun to contact Hiroyuki and see if he would allow me to interview him, I mean how could he say no to family? 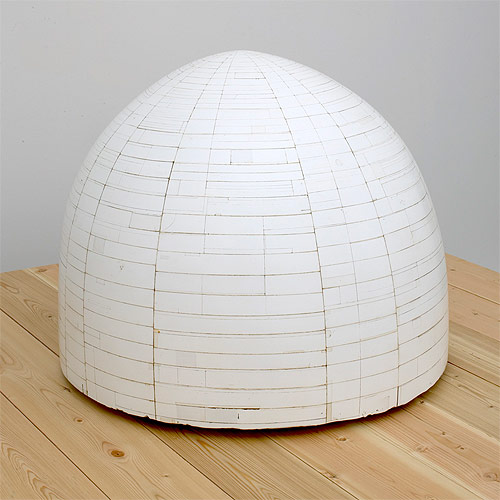 Jeff Hamada: Hello Hiroyuki! It’s a rainy day today, also known as a regular day, here in Vancouver. I live in a cul-de-sac and my neighbor has a couple of identical orange cats that usually climb around on the box hedge outside of my window (and sometimes stick their heads in my window when it’s open). But with all the rain today, I’m sure they’re indoors enjoying a cup of tea. I am listening to Madlib’s Shades of Blue while I write to you. Can you describe where exactly you are?

Hiroyuki Hamada: Hi, Jeff, I’m in a town called East Hampton at the very tip of Long Island, NY. It’s about a couple of hours away from NYC. It’s sort of a semi-suburb, semi-country place with beaches nearby. I got a house and a studio in woods here. 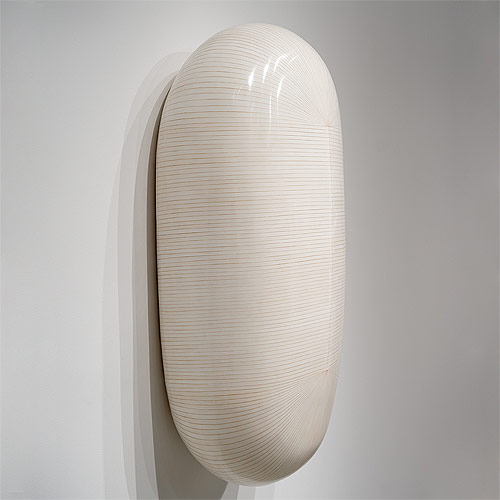 JH: A studio in the woods, that’s every artists’ dream! I know you grew up in Japan until you were 18, can you share a bit of your experience coming to North America for the first time.

HH: I actually resisted the idea at first. I was just out of high school and all my friends were there in Japan.  But my father insisted that I should come with rest of the family members since he was moving to the US for a few years because of his job (working in the steel industry, by the way, unfortunately, he passed away years ago).  Also, he probably thought it might be a good idea for me to be in a different environment since I was a bit of a teenage delinquent back then. I landed in West Virginia where my father had the job. It was quite a trip to be dropped off there from a suburban Japanese community. I barely spoke English and I did feel what it was like to be different! I mean, I turned into a minority who had a very limited communication skill in a foreign land over night. I mean if you are a minority, you probably have not experienced being a majority member of the society but I have. It was a big lesson.  I actually had an opportunity to go back to West Virginia a few weeks ago for the first time in 12 years and the town was just a little cute town in the mountains. It brought back some sad memories, but at the same time, I had to think that people must have freaked out to deal with such a brat from nowhere back then. 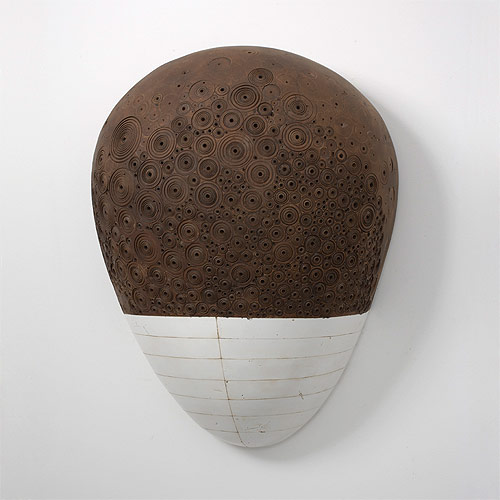 JH: Where in Japan is your family from? My family, the Hamada side, is from Tottori. I am especially interested to know more of my family’s history because none of my dad’s brothers had sons, so I was thinking I had all this pressure to have a son at some point – but maybe I don’t now because your father also brought the name to North America and now you have two sons of your own. It would be wild to figure out how we are connected to one another.

HH: My Hamada family is from Tokyo but I’m pretty sure they were originally from elsewhere. One time I overheard my relatives at a big new year family gathering talking about the origin of the Hamadas. But, no one was sure and someone joked that they must have been some bandits in the mountains.  In any case, I did wonder how related you were to me when you contacted me also.

I know that there is another Hiroyuki Hamada somewhere in the US, and he seems to be this well known martial arts expert. One time I got a email from someone asking me about his Karate class. Knowing myself to be far from a Karate expert, that was pretty funny. You might be more related to him. I don’t know. 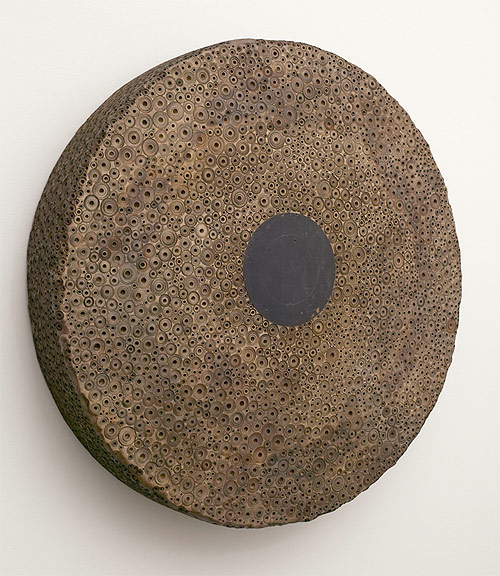 JH: Haha wow this has definately inspired me to do more research. I wonder if the other Hiroyuki Hamada has ever received calls regarding your art. Your sculptures are really interesting, can you describe exactly what I’m looking at, in terms of the process and materials.

HH: I make a rough structure with wood and foam first. It might look like one of these.

HH: Then the base structure is shaped and painted so that I can refine the shape more (It’s easier to have it all in one tone so that I don’t get stuck with what the material or their colors are doing).  After that, the structure gets a plaster shell surface. The burlap you see underneath holds the plaster.

HH: After the piece gets dried, I start with basic surface treatment. Here I am using various sized drill bits to do a rather intricate surface. The darker part also has a very first coating of paint to guide the perception of shape and tone while I drill (the piece will have that sort of a tone balance at the end).

HH: I should mention here that even though the pieces have the object like presence of sculptures, I spend good amount of time painting and curving the surface. My first interest in visual fun was with drawings and paintings so I guess I still enjoy what surface treatments can do, and I also like using two dimensional techniques to shape the actual shapes. 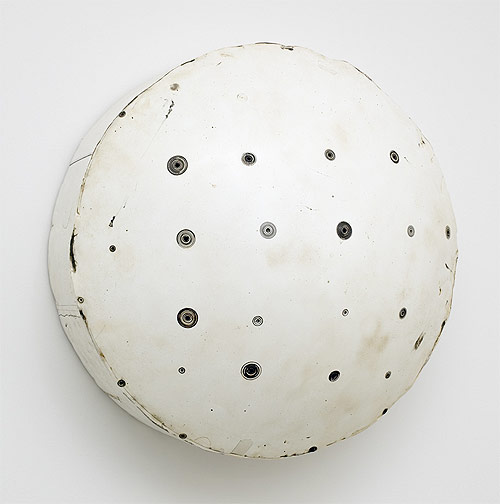 JH: This is amazing to see your process! I would love to see your work in person at some point. On some of the pieces, the circles remind me of barnacles or the texture of a naturally porous rock, but on others they look more like a code or a language. Have your experiences and struggles with language and communication affected the work that you create?

HH: I’ve never made that sort of literal connection to my personal experiences. But, the power of visual language really struck me hard. I got to know about it sort of late in my life so when I got it, it came down on me really hard. I really didn’t have any idea that lines, tones, contrasts, and all those visual elements can have the strength of moving our emotion just as we get moved by music. When I was in college, I had this teacher who was really good at striking a cord with just simple, primitive drawings. I was really shocked to see what he could do. That was also the time when I was struggling with the language so I was doubly shocked with the effectiveness. I mean, I did realize that we had this set of language that we were born with, and if you dig into it, you could talk to anybody (well, not anybody but you know what I mean).  It’s a very strange thing, if you think about it. 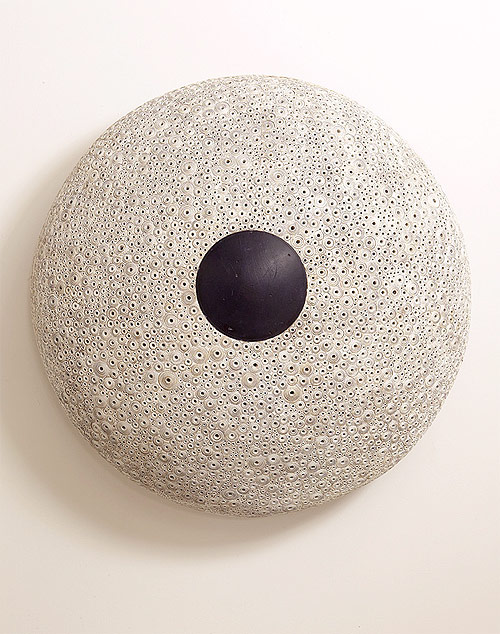 JH: Do you havethe finished piece in your mind before you start or is it more of an organic process where you kind of work with things as they emerge? It is hard to tell which because the finished pieces are really organic, but also very architectural and precise.

HH: I think it’s both. I would usually have a core part of the piece or a general presence of some sort. But as I dive in with the idea, I usually get lost here and there, I would struggle to find the way around and finally I would come around with a solid presence that says more or less as I envisioned at first or something better than the initial idea. 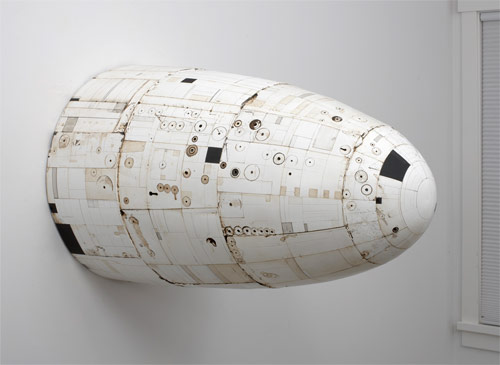 JH: I love it when something unexpected happens in the middle of the creative process and you kind of take a left turn and run with it in a new direction. Are there any artists or musicians in particular that have influenced you and the way you work?

HH: I really like listening to music.  I do get motivated to do things in the studio by music sometimes and also musicians’ approaches to the sound give me ideas as to what I do with visual things. I think many issues surrounding constructing elements in both field overlap. In fact, it’s the same with literature. It’s always nice to talk with
composers or writers about putting together words, shapes, sounds or whatever. Paying attention to how things are done in other fields is good in keeping yourself open and flexible I think. You really don’t want to limit yourself by a routine process you develop and come up with skewed ideas about how things have to be or will be for you.

I recently got a CD of a collection of Tom Waits’ interviews and it was really interesting to hear his making process being very similar to what happens in my studio. But I did notice that some of the things are different, for instance, he is also a performer and his pieces are played over and over in different settings so there are much bigger windows
of possibilities for each pieces. This can be seen as an important perspective for visual artists who tend to get stuck with “the right way” to finish something or “the right details” to achieve the general goal.

Also, coming from back ground in paintings and drawings, I am very much aware of spontaneous, improvisation aspect of making process, and I sometimes feel uneasy about planning things out in details and making educated guesses about the prospect of making. But listening to tremendous complexity in big symphonic pieces by Mahler,
Beethoven, and etc. really gives me a great confidence in having good balance between laying out a detailed plan and having a spontaneous flow at the same time.

As to particular musicians, I listen to so many different things! There is so much music out there. How sad it is that you won’t listen to it all no matter how hard you try… 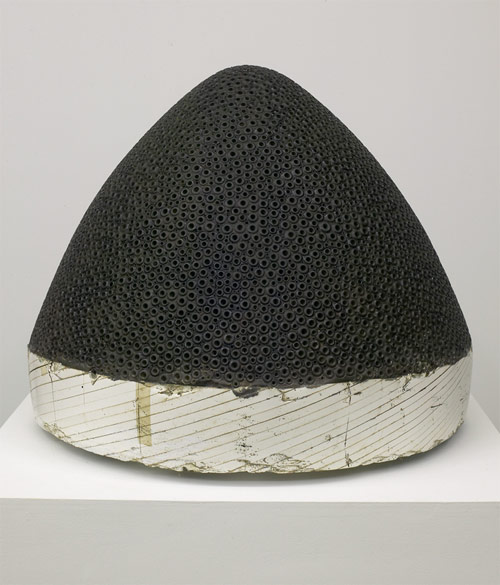 JH: I know what you mean, but I think it’s better to have too much to listen to than not enough – it would be horrible to wake up one day and realise you had somehow managed to listen to every song ever created and there was nothing left to discover.

Well Hiroyuki, thank you for taking the time to answer my questions. Keep me updated on your projects and maybe one day our paths will cross!

HH: That’ll be nice, Jeff. Let me know if you are in the area. I will let you know when I go up to your area. Maybe we’ll go eat sushi or something. See you! 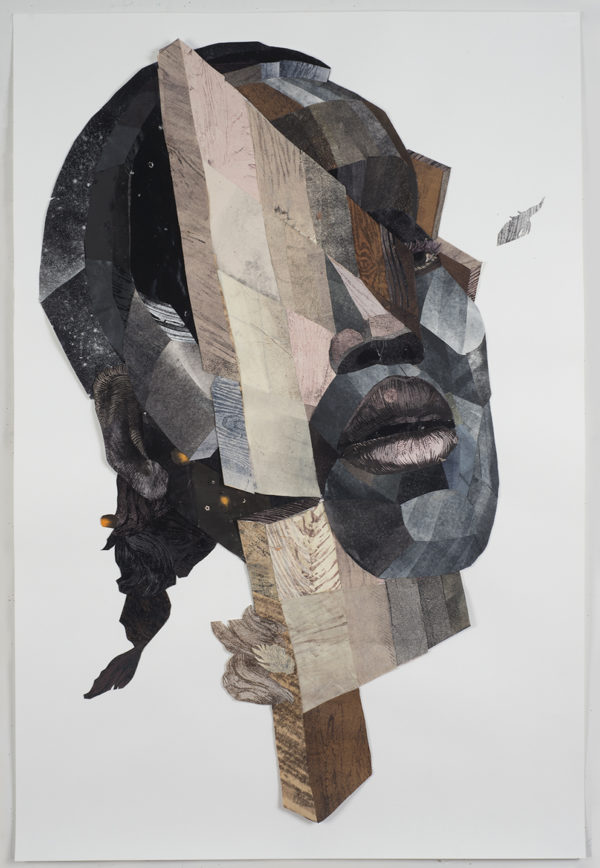