Last week I had a little online chat with Toronto-based illustrator Jessica Fortner! Back in July she blew me away with two different submissions to our project with Poketo, so this is long overdue!

An interview with Jessica Fortner 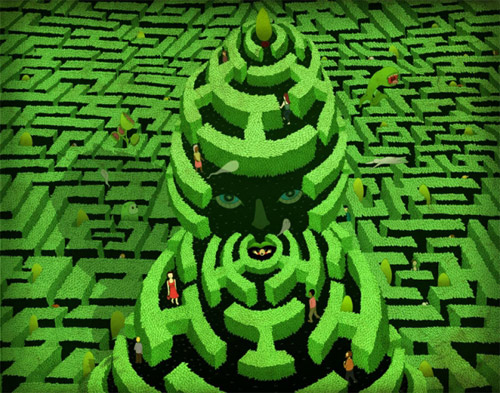 It’s a rainy day here in Vancouver so it feels nice to be sitting in my apartment with a cup of green tea. I’m listening to Jose Gonzalez and spying on people out my window. Can you describe where you are?

I’m sitting in my studio (a.k.a. my apartment), and as of now am listening to Jose Gonzalez. It’s grey and rainy out, so I’m glued to the computer working on my new project/website Tangled Fingers. Behind me are two drafting tables, one mine the other my boyfriend’s, stacked with drawings, sketches, books, comics, and magazines. The room is tiny, but has a big window looking out on downtown Toronto.

I have fond memories of Toronto, I used to go out there every summer (and many winters) to visit my grandparents. Do you have any inside information about the city? What is something most people don’t know about Toronto?

Toronto has the best comic book store in North America. It’s called The Beguiling. The people who run it host the Toronto Comic Arts Festival (TCAF) which brings together a ton of talented artists every year. 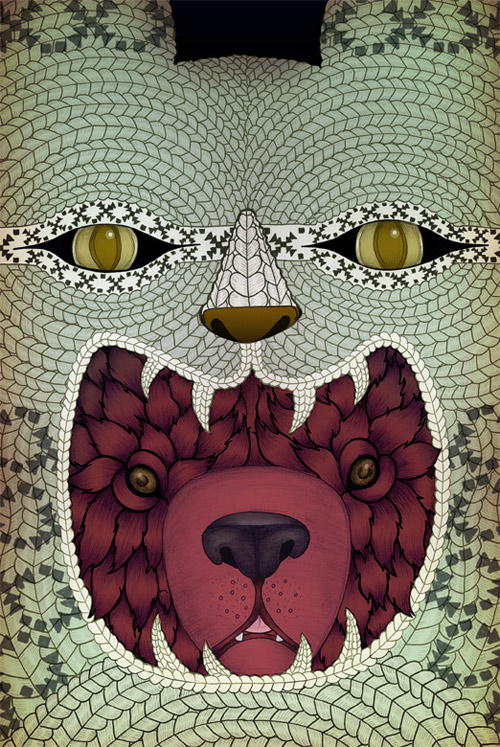 What are your favourite restaurants in the area?

I tend to leave my neighborhood for food because it’s mostly pubs which don’t offer much for vegetarians like me.

Some of my favourite restaurants in the city are Fressen (a fully vegan restaurant), Ravi Soups (the best wraps in the city), Tequila Bookworm (which is more like a cafe, and have very yummy sandwiches), The Victory Cafe (which is a bit of a trek but they have some great veggie options) and any veggie rolls I can get my hands on at your average sushi place. There’s a pretty awesome one in my neighborhood called Miyaki Sushi.

Tequila Bookworm may be the greatest name for anything anywhere! Do you read a lot? It was sort of my resolution this year to read a bunch of books.

I’ve been really compulsive about reading more and more in the last few years. I can’t get enough non-fiction. I had a big astrophysics phase where I was digging Brian Greene, Carl Sagan, Stephen Hawking. All that quantum physics, superstring, alternate universes material is nice and abstract. Really gets your imagination going. I also love eco-politics, natural history, evolutionary theory – oh and comics and graphic novels. Tequila Bookworm has shelves lined with old sci-fi paperbacks that have awesome airbrushed covers with really dated typography.

Can you tell me a little bit about Squidface & The Meddler?

I founded the online magazine with my boyfriend about a year ago. Our goal was mainly to create a place to showcase the work of emerging Canadian artists. We wanted each article on our site to really give the artist due attention and the graphic treatment you would expect from a feature article in a print magazine. This means long, in-depth articles and interviews, each with their own custom design/layout consistent with the style of the artist being featured. We’re both addicted to the experience of opening a magazine with long, beautifully designed articles, and want people to get that feeling when they come to Squidface & The Meddler. So far it’s been incredibly rewarding to get to know artists we admire and have the privilege to feature their work on our site.

Your drawings now are quite a bit different from the clay sculptures you were making when I posted about you in 2009. Are you still making things like that or have you abandoned it?

Yeah, I sort of pulled a parking-break turn at some point this spring where I was feeling really limited by what I could achieve with sculpture. I loved the work I had done up until then, but so many ideas I had in mind just couldn’t be done with Sculpey, fur and wire in my apartment studio. I love the freedom of simply drawing anything I can imagine – it’s opened up all these creative possibilities. 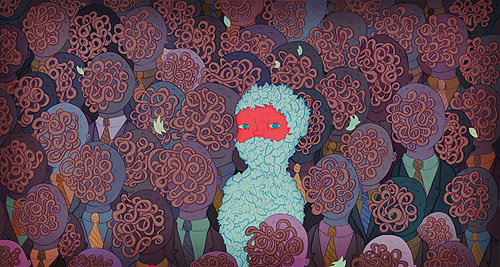 I went through a phase of drawings lots of hands, is there one thing you find yourself doodling the most?

Do you ever listen to Radiolab?

I hadn’t heard of it before, but since you mentioned it I’ve been digging through their episodes and podcasts discovering strange and wondrous things. I gravitated to some podcasts about genetics, one about a woman with a dual set of DNA (chimera). I think I’m pretty hooked. 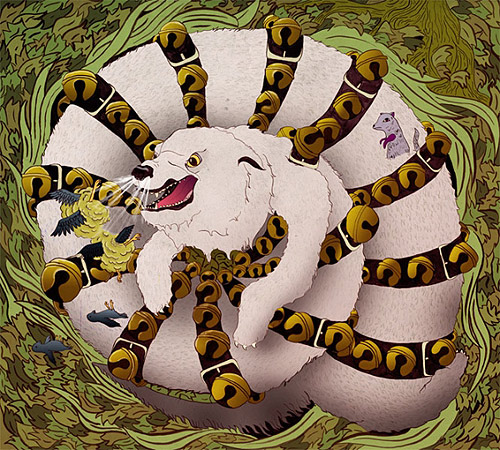 Is there one movie you could watch over and over and never get sick of?

So many! But my all-time favourite is a British comedy, How To Get A Head in Advertising. Richard E. Grant is manic as an advertising exec who grows a second head in the midst of a crisis of conscience about his work. If you haven’t seen it go out now and buy/rent whatever you have to do and check it out.

Let’s both listen to the same song to end this interview. What song shall it be?

Oooh, I like this idea! I’m picking “Hatari” by the Tune-Yards.

I am digging it! Make sure you check out the Radiolab episode on laughter! Enjoy the rest of your day!