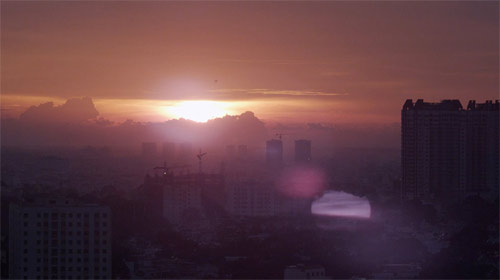 Some time last year I approached hat manufacturer, Flexfit, about making some products for Booooooom. After meeting with them I realized that making a hat was just one of several projects I wanted to do together.

In the fall I collaborated with them, and their parent company Yupoong, to make a short piece about their factory in Vietnam. This is where they produce hats for many of the largest lifestyle brands, and where they will be making some special things for Booooooom. I expressed interest in shooting a portrait of the people who actually make the hats rather than focus on the factory itself, and they were excited about this idea.

They gave us complete access to their facility, which had previously never allowed any cameras. I’m sure there are companies out there who would be reluctant to show this side of their operations but Yupoong is proud of their efforts towards fair working conditions.

This is a portrait of some inspiring people we met in Vietnam. People who dream about the same things we do, while they’re working, playing soccer, or singing karaoke.

Enjoy. (Go full screen if you’re computer can handle it)

I directed this video with my talented friend Liam Mitchell, and with the enormous help of our friend Dave Ehrenreich. It was an adventure shooting this piece renegade-style in a place none of us knew. The music is by a band that more people should know about, called Programm.

Over the course of this next year I’ll be working with Flexfit to produce, among other things, a whole series of art-focused videos. I can’t wait to show you what’s next.