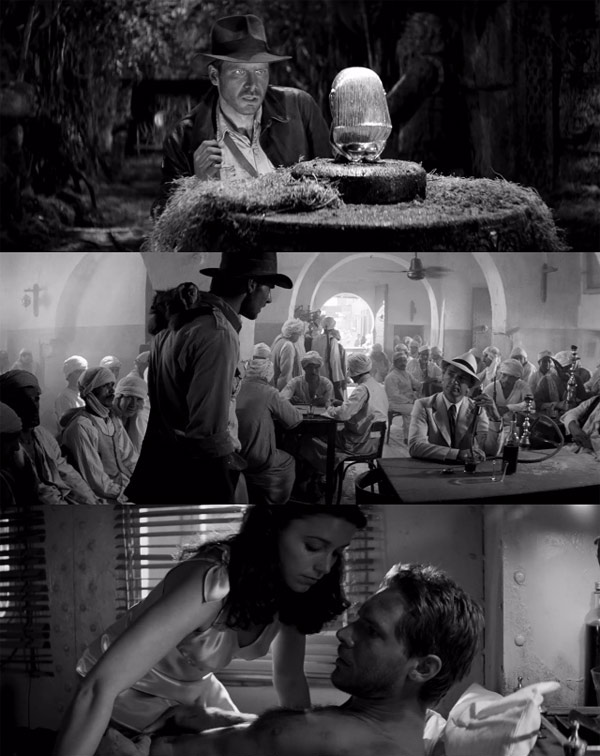 This is likely only going to interest film nerds but director Steven Soderbergh has released a silent black and white version of Steven Spielberg’s Raiders of the Lost Ark. Actually, the film isn’t silent, Soderbergh has stripped the dialogue and replaced it with music from Trent Reznor and Atticus Ross’ scores for The Social Network and The Girl With The Dragon Tattoo.

It’s obvious Soderbergh holds the film in high regard, and his idea here is to strip away elements of the film to analyze the staging, and the way Spielberg’s shots build. On his blog he quotes David Fincher, saying “there’s potentially a hundred different ways to shoot something but at the end of the day there’s really only two, and one of them is wrong”.

This is not so much a new version of the film as it is an analysis of visual storytelling. How much of the story can be understood without relying on dialogue? I hadn’t seen it for a long time, I forgot how beautifully it was shot (the director of photography was Douglas Slocombe).

It doesn’t seem like the video can be embedded but you can watch the full film on Steven Soderbergh’s blog.