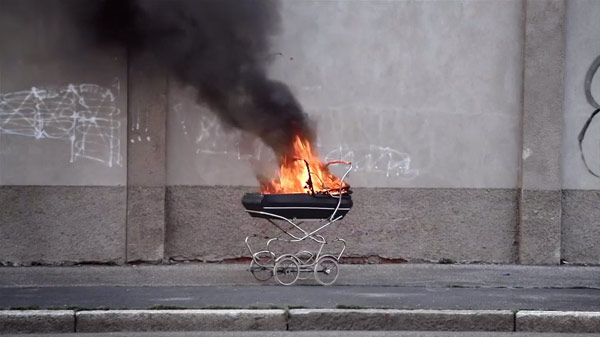 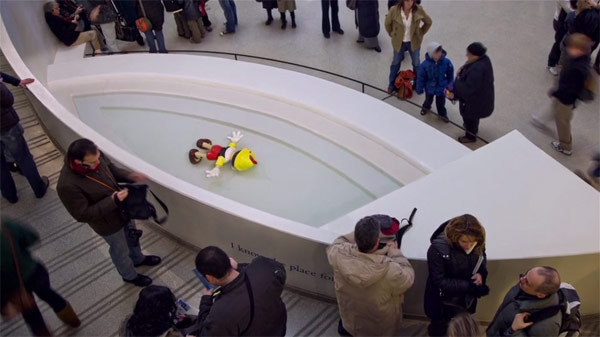 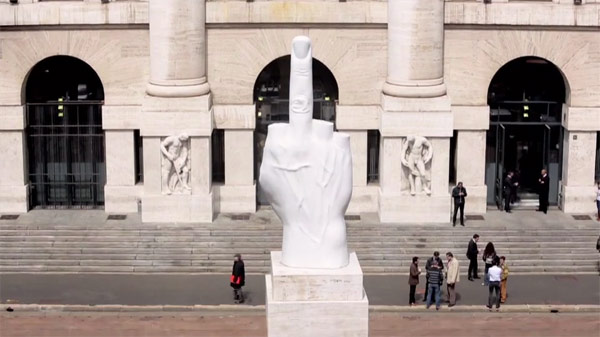 I can’t tell if this documentary is real or not, but I hope it is. This appears to be a trailer focused on the work of divisive contemporary artist, Maurizio Cattelan, who famously retired at 51 following his retrospective at the Guggenheim, in which he suspended all his works from the ceiling. The artist’s body of work includes sculptures of a marble middle finger, a meteor landing on the pope, a praying Hitler; needless to say no one feels luke warm about his work. I personally enjoy the mischievous spirit in a lot of his work (not all of it), I would be disappointed if there wan’t some sort of trick pulled on viewers with this film.

According to the New York Times, director Maura Axelrod has been following him around collecting footage since 2000, and it appears her film will finally be released next year.

Watch the official trailer for it below.