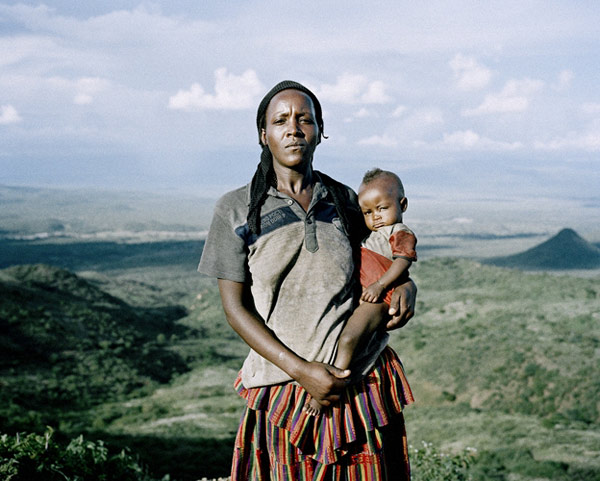 “Bringing the water is not a simple task,” says Mariam Bakaule of the mountaintop village of Jarso in southwest Ethiopia. “This is the essence of women. Water and woman are synonymous here.”

Images from “Water Scarcity: Ethiopia & Pakistan”, by photographer Mustafah Abdulaziz. More from the series below. 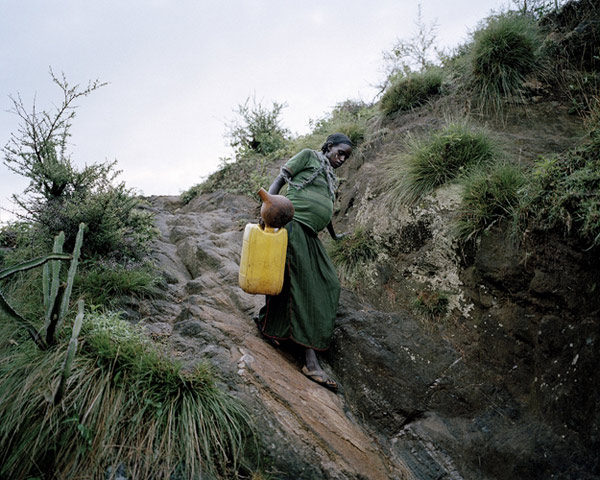 Although Uchiya Nallo, 29, is eight months pregnant and spends half of her day climbing up a mountain side carrying 20 litres of water (approximately 20kg, the average weight allowance for a suitcase when flying), she is still worrying about preparing beer for visiting guests after she’s given birth. 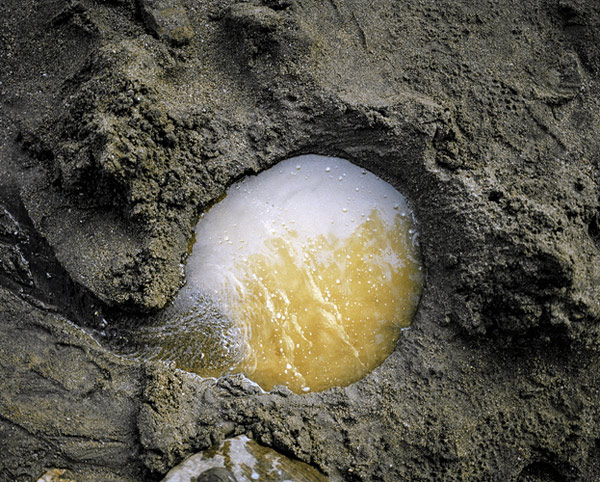 After reaching the dry riverbed, women must spend time scratching the dirt until brackish water appears, scoop it into their containers and carry the 20 kilograms back up the mountain. 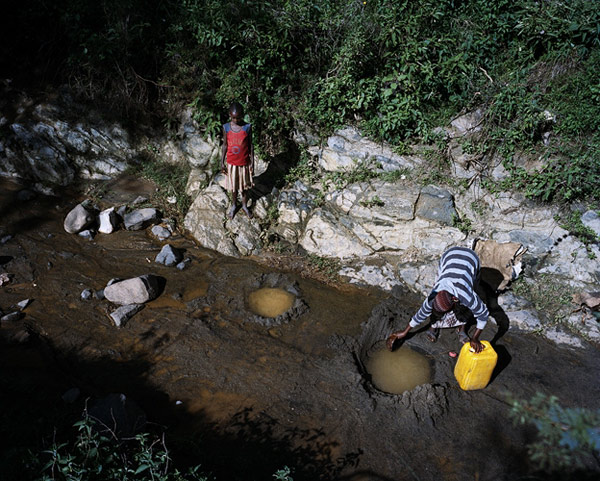 Women and young girls are responsible for the collection of water, four times a day, often at distances requiring them to trek across mountains in the morning dark and twilight. 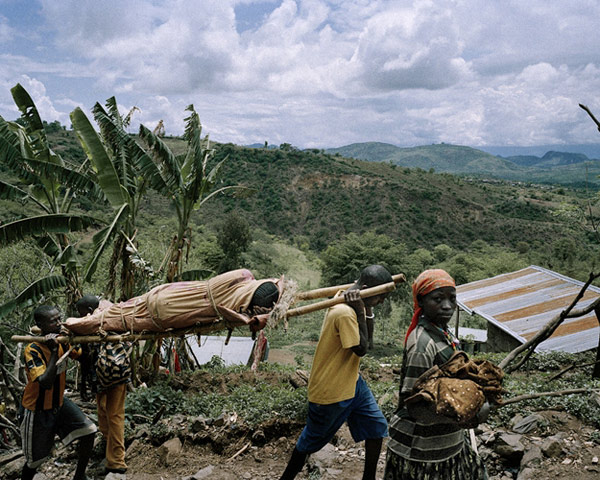 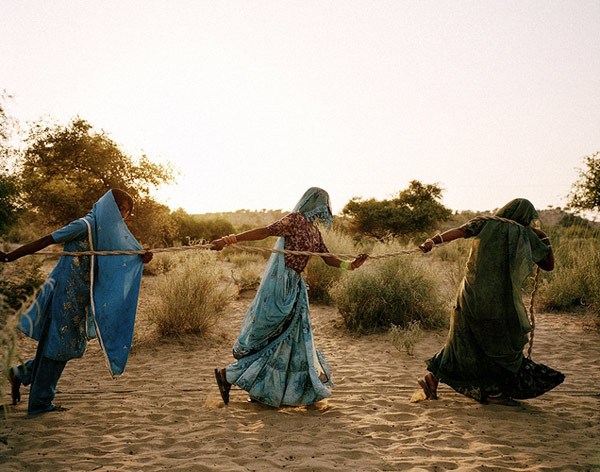 Women of Tharpakar in the southern Sindh Province of Pakistan work together to pull water from a well. Even when one person is done, they all remain at the well to share in the task. 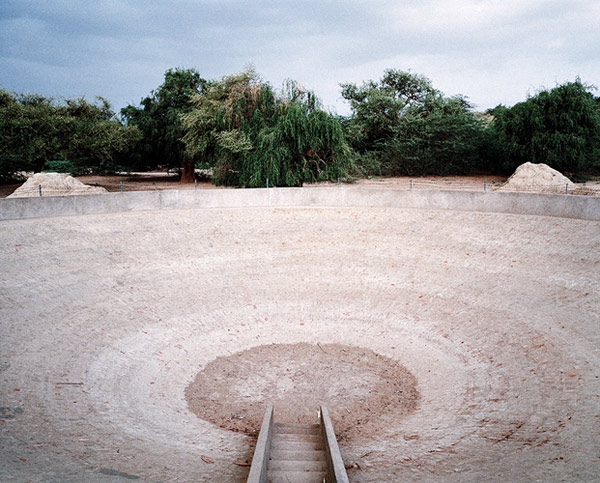 A rainwater harvesting site lays empty after months of no rain in the southern Sindh Province of Pakistan. These large installations allow water to accumulate for villages to use for consumption. 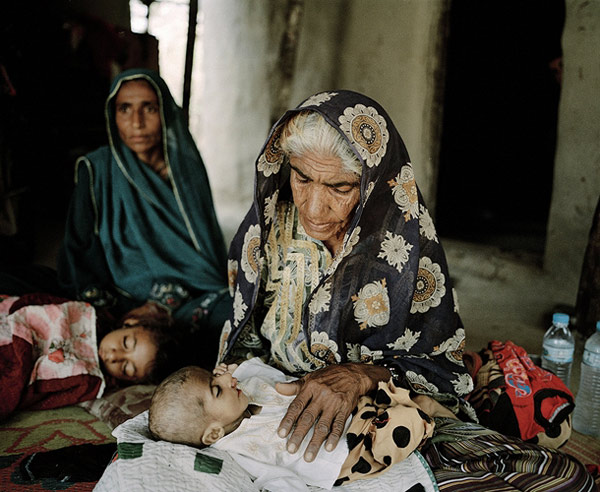 A grandmother comforts her great-grand child as he suffers from diarrhea, caused by the unsafe drinking water in the town of Thatta. Diarrhea is one of the leading causes of child mortality worldwide. 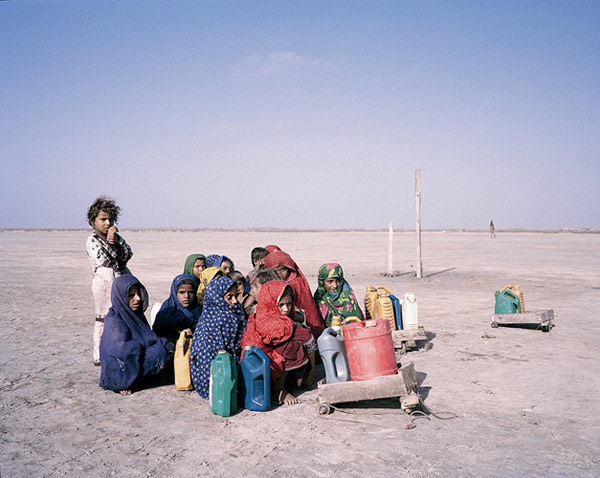 Children pause during their journey for water, huddling against the wind in the desert of the southern Sindh province, where the 2011 earthquake left the land flooded and soaked in salt. Agriculture in the region has been devastated. 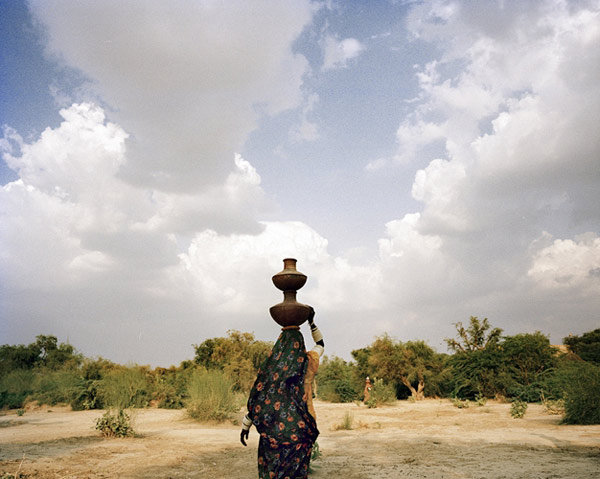 Like Ethiopia, the burden of water collection falls on women and children. Their journeys across parched landscapes are a reality that dominates their lives, time and health.