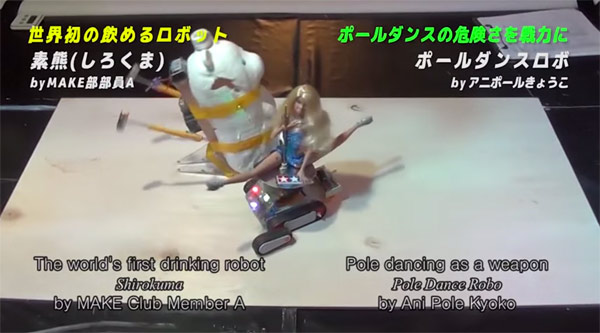 This video makes me proud to be Japanese. Hebocon was a contest held last year in which 31 “technically ungifted” Japanese people built robots and pitted them against one another in a sumo-style tournament. The crappier a robot was, the more respect it was given. One girl forgot her robot on the train, on her way to the tournament, and went and had a beer instead. She was praised for her ” act of supreme crappiness”.

Robots that made it to the venue to battle were actually penalized if they were deemed too high-tech, and there was a trophy, designed by a third-grader, for the most low-tech robot. The winner of the tournament ultimately felt ashamed for trying too hard. Watch the video below, at the end you can see all the robots in action (I love their names).