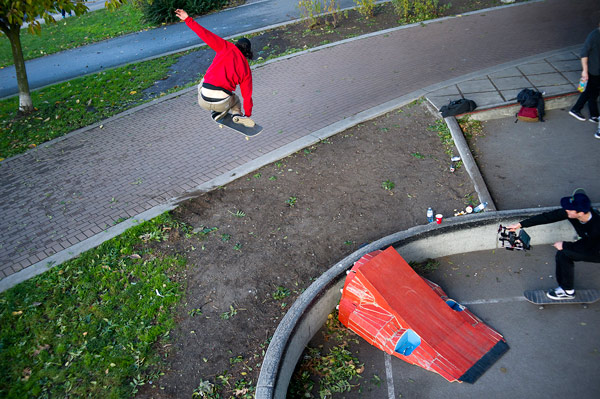 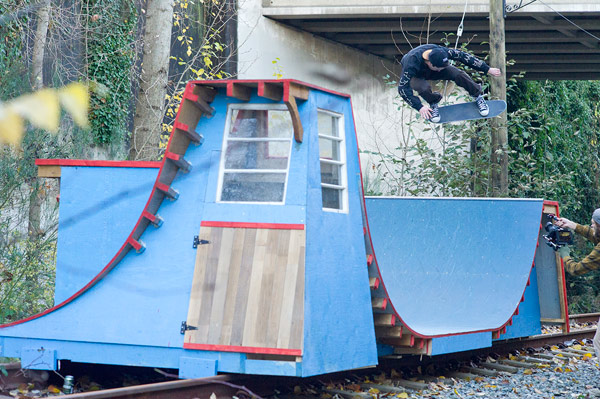 I’m excited to finally announce the official release of “Skate Heads” our art/skate film, directed by Vancouver-based Zenga Bros. This film is part of an ongoing collaboration between Booooooom and Flexfit, to give emerging creators a chance turn a dream project into reality.

In the Zenga Bros own words:

“Skate Heads was a way to combine a bunch of things we really like: mobile living spaces, DIY skateboarding and ECCENTRIFING THE WORLD! It’s about bringing something unexpected into the streets and having a rad time.

Skateboarding is inherently about adapting and repurposing the urban landscape, but somehow even skateboarding can settle into a complacent state, where certain approaches become the norm. When street skating first started it was weird and abrasive, and that’ll always be there with wheels rattling down the sidewalk, but it’s good to remind ourselves to maintain a sense of foolishness, exploration and wonder; that is skateboarding. For us, making a backyard ramp was the ultimate form of creating our own adventure playground. Skate Heads has been a continuation of that.”