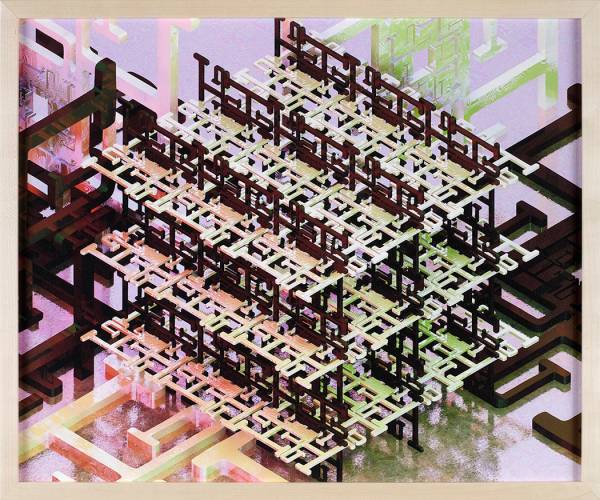 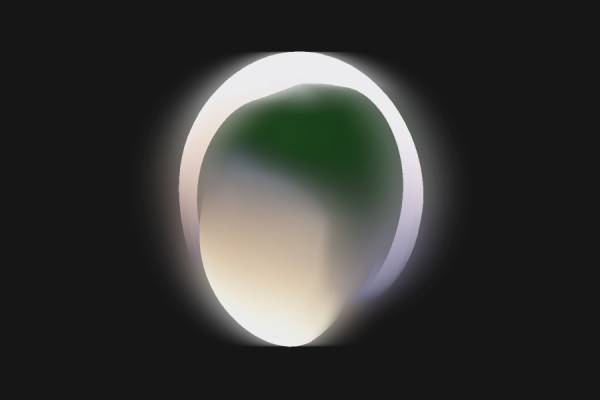 This is the first of two interviews examining how galleries are approaching the shift in contemporary art production and exhibition in an era of personal computing. I talk to Nicolas about the show, the transference from digital files to physical spaces, and how independent galleries are adapting to these shifts.

Rich Oglesby: Hi Nicolas, my first question is how did this show come about? Why is it called Witchcraft?

Nicolas Sassoon: Witchcraft began 5 months ago when Initial Gallery asked me to curate an exhibition relating to internet art. The project quickly took form around the work of artists who have influenced my understanding and appreciation of art online. Witchcraft examines notions of craftsmanship, personal mythologies and spiritual queries within the digital realm through the work of four artists; Laura Brothers, Sara Ludy, Brenna Murphy and Krist Wood. Aside from the exhibition, I wrote an essay (published online in March) to give further insight on the ideas behind the project. The title reflects this overall context. 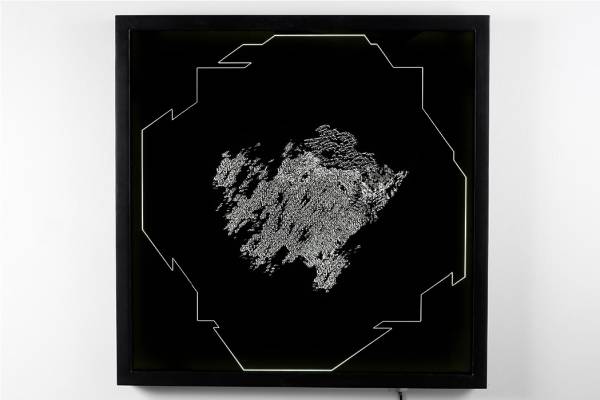 RO: Could you talk about your involvement in Computers Club, and how much did this play in the formation of the exhibition?

NS: I joined Computers Club in 2008, and my participation to the online collective has been crucial to the construction of my practice.  A few years ago-when the collective was at its peak of activity-it embodied a unique field of art online. Through Witchcraft, I’m trying to outline some important aspects of this field. I don’t see this area of practice limited to Computers Club and to these 4 artists, but they are important figures within this field.

RO: Both yourself and the artists involved saw the potential of art making and the computer before it became fashionable. Could you explain how this came about?

NS: My involvement with digital media and internet manifested soon after I moved to Vancouver. I began drawing 3d models and sketches of installations and sculptures I wanted to create. Without the resources to produce these works, I let the drawings become the work and gave them a context; a screen and internet. This process is most likely different for everyone, and the way an artwork materializes in space highly depends on one’s practice. Witchcraft offers an interesting outlook on 4 distinctive approaches to working with digital media, alongside interests for questions of identity and spirituality.

RO: Can you talk to us about the artists and the works which are exhibited?

NS: Brenna Murphy is exhibiting 4 prints alongside 2 sculptures. She also performed with Birch Cooper during the opening night through their collaborative project MSHR. Murphy has developed a practice mixing technology with mystic traditions, which is relevant to the Pacific Northwest since both computers and mysticism have a rich history here. Laura Brothers is showing a series of 2 drawings displayed as large light boxes. The series is titled “Carl”, and even though this title seems to refer to a portrait the drawings evoke geographies, mountains and displays – all through a very distinctive practice of pixel-based drawing. Sara Ludy has produced a work specifically for the exhibition, titled “Rose”.  It combines a found object (a decorative feather rose), a projected Orb animation and a 100 ft hand-beaded silver thread connecting the Orb and object. “Rose” poetically articulates the relationship of a physical body to an immaterial one; I suspect it somehow relates to an astral cord. Finally, Krist Wood is unveiling a sequence of 12 reflective panels produced from his series Siirm Aeruah, which depicts an enigmatic atmospheric and technological event. 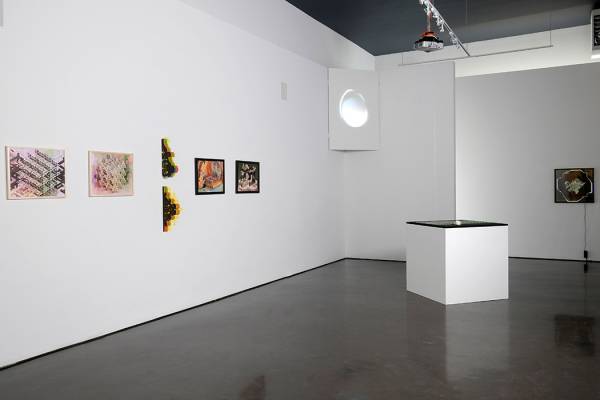 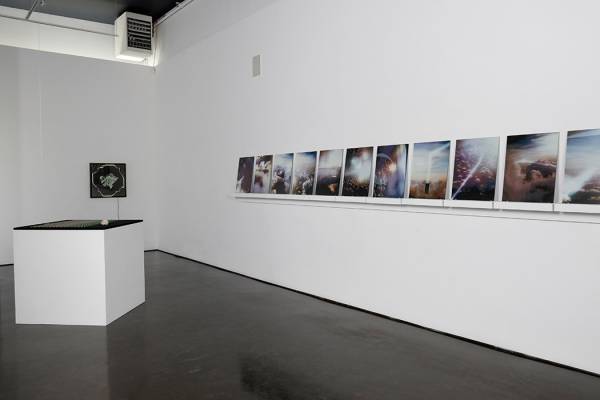 RO: Do you think a show like this could have existed ten years ago?

NS: From a technological point of view it may have been difficult. There could have been an exhibition surrounding these ideas and maybe there has been one, but the artists in this project are also unique and they weren’t as active 10 years ago.

RO: What has been your perception of independent galleries working with artists whose medium is digital? Have there been noticeable changes over time?

NS: Artists working with digital media have been integrated into the art market since the early 80s in many different cities. In Vancouver where I have lived for the last 7 years, an exhibition with a digital focus may still appear as a novelty. The Western Front, run by Caitlin Jones-who’s had a leading role in the development and curation of net-based and digital practices-has been organizing events around Internet Art and Culture for a long time. If it wasn’t for Jones and former media curator Sarah Todd, most of Vancouver would still be unaware of this shift.  Local galleries rarely get involved in this field and the primary focus remains elsewhere (local histories, photo conceptualism, etc). I’m very grateful to Initial Gallery for the risk they took in the context of this project, and I’m also thankful to Wil Aballe for the support he has shown over the years. The dynamic is now changing as generations of artists increasingly relate to this field. I’m optimistic Vancouver will reconsider digital media and see it as something relevant of their local history. With artists, curators and galleries working hard to expand their network, it won’t be long before it happens.

RO: Do you have any opinions on the future of art in the age of personal computing?

NS: It’s going to be exponentially senseless and wonderful.

Thank you Nicolas! The exhibition is showing until March 21st at the Initial Gallery, Vancouver – you can find out more about it here 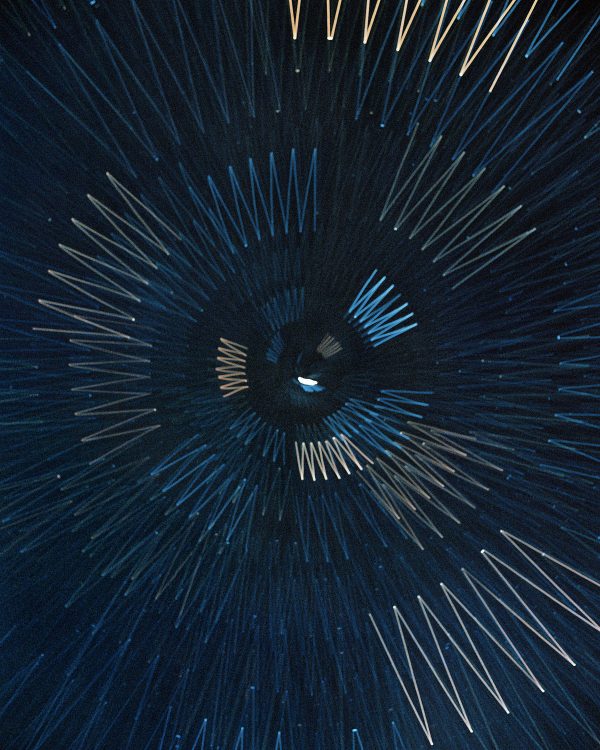 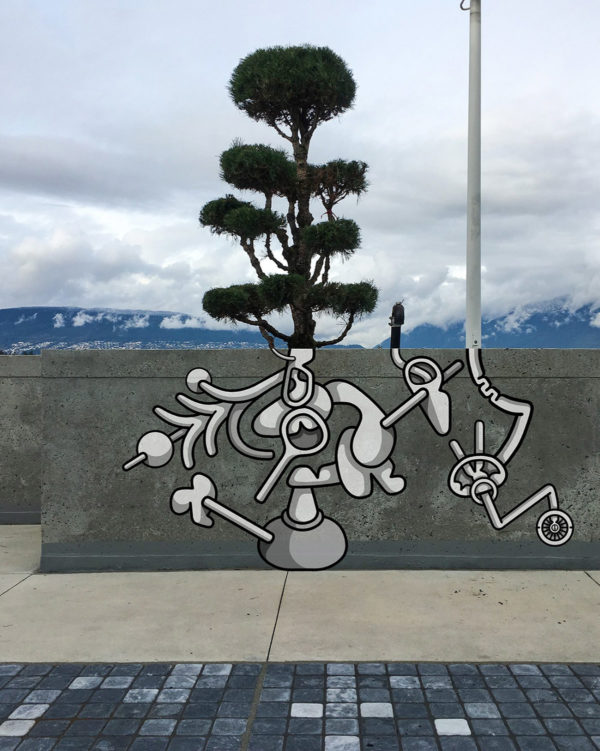 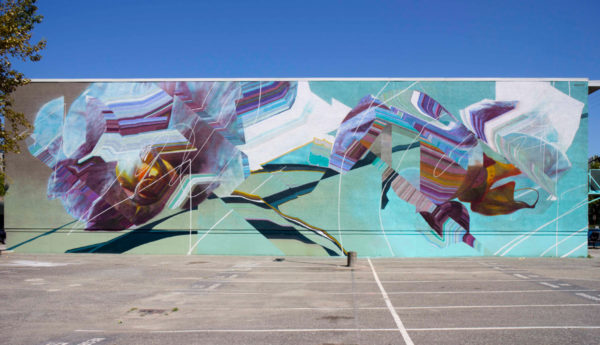