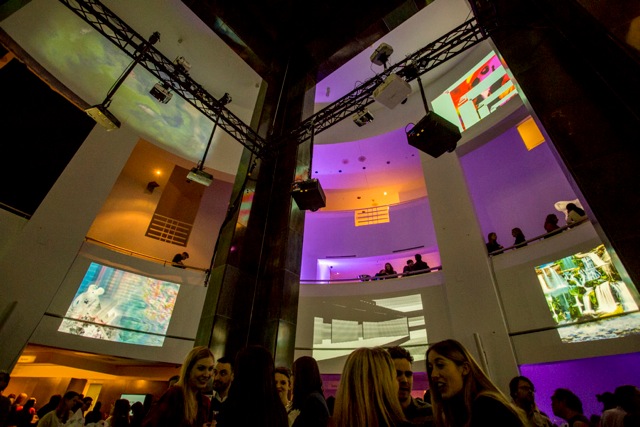 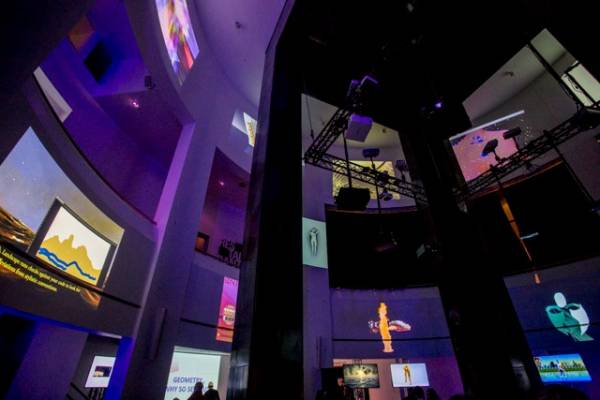 Part two of a look at how the art of today created on computers are entering the real world gallery. In this interview, we examine the X + 1 event at the Musée d’art contemporain de Montréal, a night where net artists from around the world have their works projected around the vast space of it’s Rotonde architecture. Organized by Erin Gee, Benoit Palop, Sabrina Ratté and Tristan Stevens, the show selected a number of net artists who then themselves chose another creative to have their work shown (hence X + 1), noting the characteristic and importance of networking and creativity of the scene. Here we talk to Tristan about the event, and how such institutions are adapting to current creative movements.

Rich Oglesby: How did this event come about? Was working with an institution part of the initial idea?

Tristan Stevens: We were all introduced via the internet and were in the same city. When I moved to Montreal in October I wanted to quickly start something that pondered on the network that I am constantly in contact with. I had known Erin for a little while from a mutual friend introduction online and the same came about connecting with Sabrina, so when I went to one of her performances, there I met Benoit, whom we had chatted a little online. This was only back in October so it moved pretty fast. Ideas started spawning very quickly over a couple of drinks. Working with an institution was never the first idea for location or premise, but once that became real, the concept changed and we started to consider what it would mean to present these artists within this environment. Thats when the X+1 (invite plus 1 guest) came about.

RO: Have you all been involved in events like this before (albeit at a smaller scale)? How do they compare experience wise?

TS: Working within the museum institution was an important case for seeing the restrictions as well as possibilities these spaces have. We got to have a lot of fun getting to see how a dynamic could change the way these works are seen, away from an online feed and into a in a physical somewhat gentrified space. Suddenly this screen based linear thread became a large scale rotunda feed, on a dry loop, always something else to see and miss. It was the challenge set up from both groups (the museum and us) and we all worked to achieve it.

I’ve run and curated online commissions as well as a small scale artist run spaces to programming a small scale public art gallery, so this was totally another pot. Having had my work in screenings and other group shows or reels comprised of the similar network of artists but they were always too far for me to make it AFK. How do they compare? Well, I’m usually sending off a gif or jpeg over the ether and not getting to go to the party. I got to go this time! 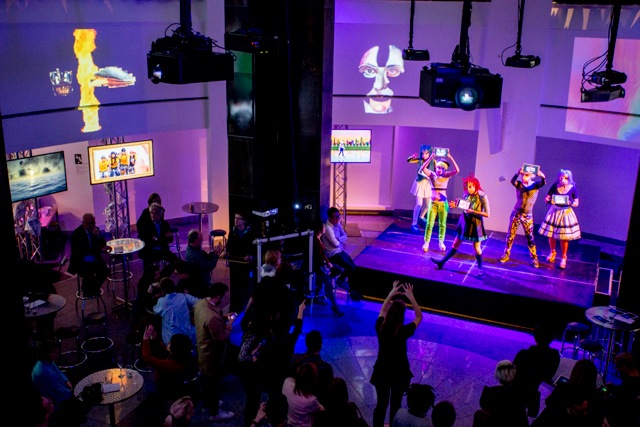 RO: The event is very much centered around the idea of the network and the artist. Could you tell us more on this subject from your perspective?

TS: The word network is older than the network we talk about now. In a way the two terms, business/social networking and the computer network have amalgamated to basically meaning the same thing from a social p.o.v. This habit i guess is both good and bad. It can be super strong but can become super diluted. Within the online network of artists, curators, doers, mates, people with a habitual presence et al. there’s a sort of solidarity or maybe its a horizontal hierarchy that happens. With X+1 we wanted to expand on this linear feed, a structure where information and ideas are being shared. By not concentrating too hard on a curation from an idea or theory or whatever, it was merely a get together of folks’ work to see what happens. In process, making the process of decision making even simpler and less thematic, each four of us invited five artists. Expanding on this perhaps lack of continuity, we asked the invited artists to invite their +1 guest. There it was, we had a list or a network. Network as a term can be seen negative; about climbing some ladder, but really the term should be about relationships of people maybe it is more now in the terms we discuss.

RO: The artists involved in the project are from various countries from around the world. Have you or anyone here actually met in real life?

TS: We all co-exist across international landscapes and so rarely get to go to the physical shows we are in. New audiences see these works more than previous network salon scenarios ever did. I actually haven’t met any of the list IRL apart from the ones living and working in Montreal but I do communicate with some of them. A lot of the artists in X+1 have met though, but it’s not really a topic I think about.

Based on our (now natural) arena of the network, inviting fellow contemporaries, friends across the globe, and then those inviting their friends or guests I got to expand my own network, chat with new people. It made it all very light in terms of process and heavy in content. I got to have a lot of fun exploring these rhizomatic threads.
I guess it’s cool to meet up and its ok if you don’t too.

RO: Do you think an event like this (in an institutional setting) could have happened 10 years ago?

TS: I think they did happen 10 years ago

and further, just different cloth and less unilateral perhaps. We took a very much tried and tested methodology for this event. From the bourgeoisie Salon Paris to the Salon meet ups to screening shows, projector parties, one night museum happenings, so in a way it’s all been going on 100+ years ago, just a different sort of network, different mediums, thats all. Perhaps now more emerging curators and artists are being invited to guest organise within these establishments. It’s a positive natural appeal for these places to expand on this new network idea and staying in some sort of zeitgeist. More museums or institutes are starting to buck up a little more on the importance of these digital and internet based artists, where as before it may of laid only in spaces specific to this cause. This growth of popularity may come from the appropriation of collecting, auction sales, the basic commodity of the art product within digital fields. With X+1, it was a one night event, something ephemeral, but perhaps these practices are being taken more seriously than 10 years ago, and the fine art museums and institutes are stating to point their ears in our direction. 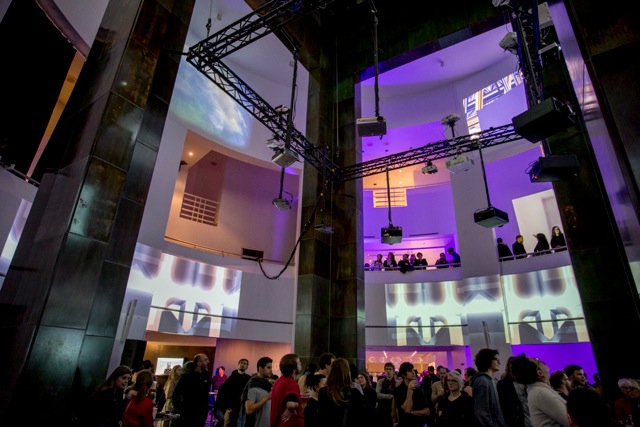 RO: What do you think is the current perception of contemporary Net Art (or art created on the personal computer)?

TS: Within my viewpoint its become a reduction or rather a concentration where certain public realm formulae that worked in these new aesthetics are becoming mainstream. All art junctions are often reactions to a last point then it turns back on itself where the reaction towards a form suddenly liquidates and becomes the form. Artists are starting to go back to grassroots (for want of a better word) or rather homing in on their practice. Whatever way it’s going, at least it’s being taken as a part of an important timeline of events and change to the way we look at and make art.

RO: With various art institutions around the world putting on events like this, what do you see the future direction will be in relation to this field? Do you think it will expand or something else?

TS: It should change just as much the way artists and the art changes.

Thanks Tristan! More photos of the event can be found at the event Tumblr page here. 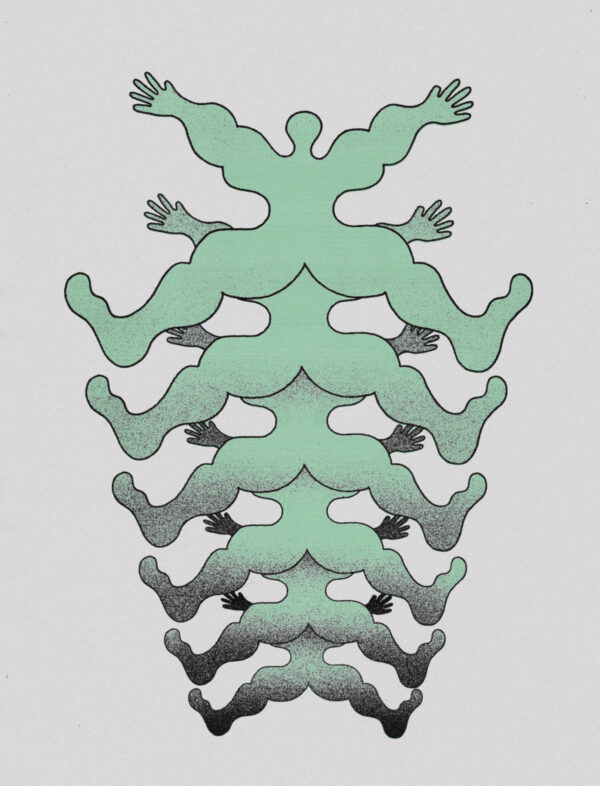 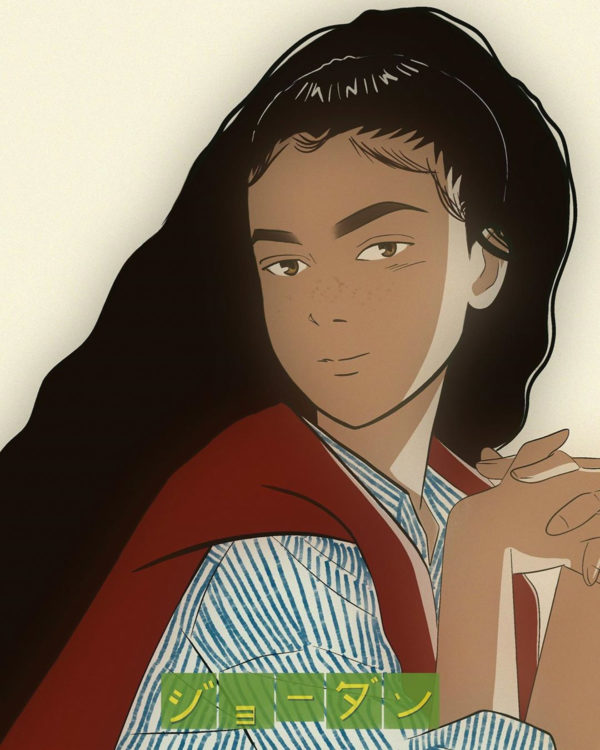