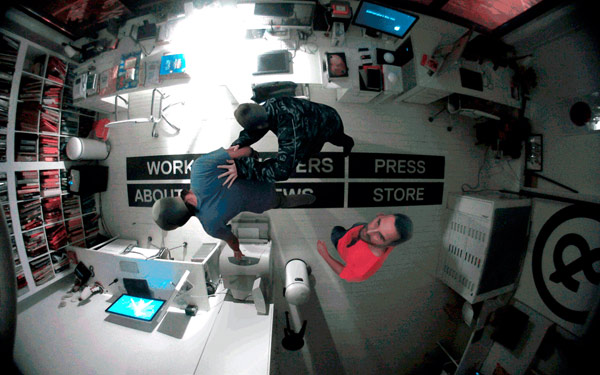 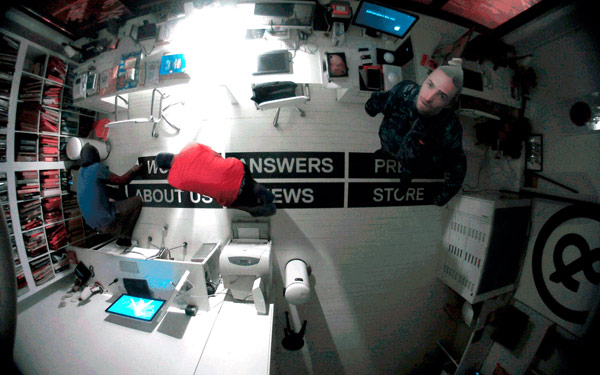 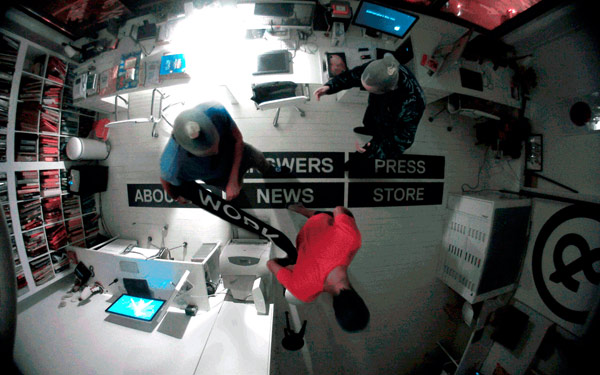 Every young designer coming out of school today faces the same problem: How do I get noticed? Well, three gentlemen from a studio in Barcelona called Achos! decided their best bet was to steal work from some of their idols, award-winning design studio Sagmeister & Walsh, whose website famously uses an overhead camera and floor mats from the studio as a menu system.

Creative Review was the first to report the robbery, posting the images above showing the thieves lifting the word “work” off of Sagmeister & Walsh’s studio floor. The studio tweeted their deep sadness about the whole thing, which was retweeted 98 times.

The genius of this whole thing is that Sagmeister & Walsh was never robbed, and Creative Review never even wrote about it; it was all a lie. Achos! actually staged the robbery. They told me the found a similar room to re-create the Sagmeister studio (Danny Ocean style) but I believe this is also a lie, upon closer inspection of the images above, it appears to be a decent photoshop job. One thing they definitely did do was create a clever fake version of Creative Review’s website (.info instead of .co.uk) to report their stunt. The header of the fake CR Blog links back to the real CR Blog so it’s really effective, have a closer look here. 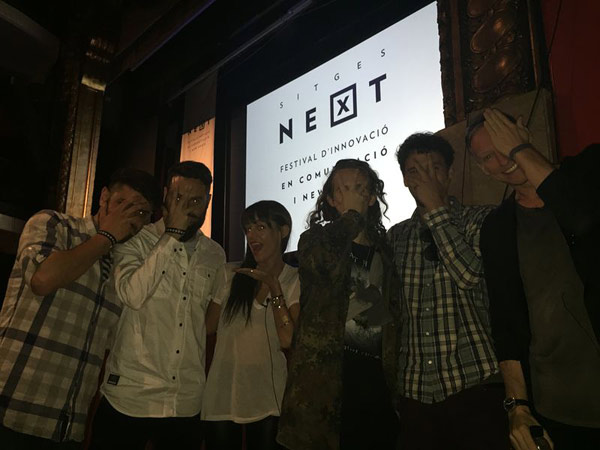 Sagmeister & Walsh were good sports about the stunt, playing along, and even temporarily covering up the word “work” from their website. It all concluded last week when Jessica Walsh spoke with Timothy Goodman in Barcelona and the Achos! gang showed up and returned her “work” to her.

So that’s one way to get noticed.