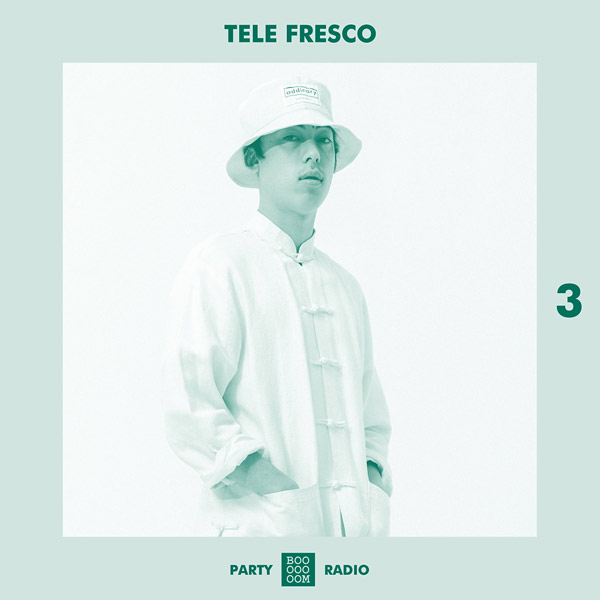 West Coast producer on the rise, Tele Fresco, put together a fantastic mix for us which you can stream or download below (download it while you can).

When I discovered his rework of Travi$ Scott’s Upper Echelon I pretty much listened to everything on his Soundcloud. It’s only a matter of time before this guy really breaks through. I did a short online interview with him a couple weeks ago, so while you’re listening you can learn a little bit more about him! Enjoy. 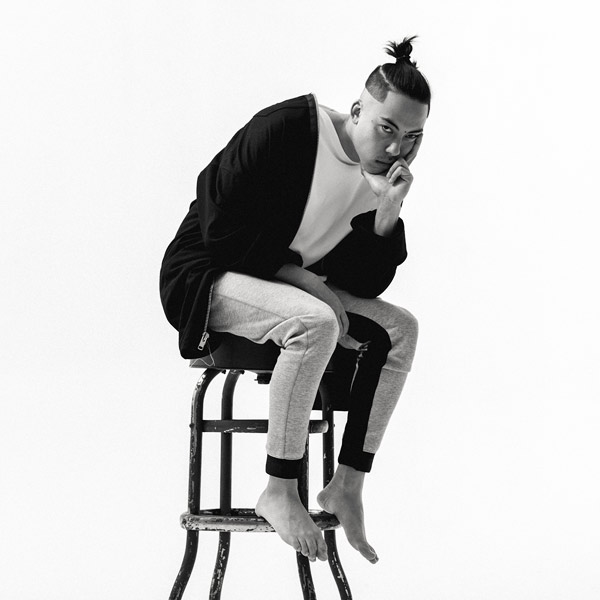 Jeff Hamada: I know you’re originally from Seattle. Can you describe in a little more detail where exactly you are right now? What are you listening to, what’s out the window?

Tele Fresco: I am at a late night Caribbean restaurant. 90’s throwbacks ooze through small speakers in each corner of the room. I’m sharing an inexpensive bottle of champagne with someone. We’re eating mac n cheese and fish tacos. I’m sitting on a Disney cruise ship blanket in my bro’s bedroom studio. Friends dance around the room. He cycles through drum sounds while I try to come up with a melody. It’s raining outside. I’m in a photography studio. Cameras are flashing. Post Malone is playing through janky speakers while a rapper I’m working with dances and sips Hennessy from the bottle. Clusters of people are smoking and drinking. I am getting my hair cut in a dimly lit corner. Someone is filming everything. I’m at work. I am surrounding by glass casings filled with hundreds of small packages of pot and pot infused edibles. A video of a giant squid giving birth is streaming on a nearby iPad while Mystical lightly bumps. The space is filled with the most random people. Some in awe and some annoyed. I’m at my desk in green lake. The window is open and the fan is spinning. Birds, airplanes, and children’s voices echo through the neighbourhood. I hear the soft, insulated sound of my sister playing violin in the room next to mine.

JH: That’s better than any other answer anyone has ever given when I’ve asked that question. I can imagine it all quite vividly. What are your three favourite places to eat out there?

TF: My favourite places to eat in Seattle. Bongos: They do Cuban and Caribbean plates and sandwiches. Sometimes I see Seahawks players in there. They make phenomenal sauces. One of my favourites is their ketchup. It’s got 19 different ingredients, none of which are tomatoes. The owner also runs a cupcake spot and supplies Microsoft headquarters with over two thousand cupcakes every other day. Ezell’s Chicken. The best quality fried chicken known to man. Oprah herself has been known to get chicken flown out to her. Their fried okra and abundantly sugary soda’s are also a local staple. Chuki’s has the best Mexican food. Good Mexican food is scarce in Seattle, so this spot is a blessing. Shoutout the adobada. Lost Lake has the best onion rings and is open 24 hours. Serafina is my favourite Italian seafood restaurant. It’s pricy, but they have live jazz music on Sundays. Jak’s has one of the best burgers, but I usually end up going to dick’s because I’m lazy.

JH: I really want Ezell’s now. Okay, how would you describe your musical style? Not necessarily the genre, I mean, describe the personality it has.

TF: It’s a difficult question for me to answer because it depends entirely on how it is perceived at the very moment its perceived. Both space and time effect how one feels about someone or a specific piece of art. Personalities are constantly in flux and are also influenced heavily by space and time. I can say the one consistent quality is that the personality of my music is always evolving.

JH: What’s one album that you always return to and still find yourself learning new things from?

TF: I always try to look to the future for sounds that represent what it feels like to exist in todays world, but I look to old stuff from all over. Old Kanye to Stevie Wonder. My boy just put me on that Stevie on the Beach record. Jai Paul to Jeff Buckley, Chopin to Jobim, Ginuwine to Nicolas Jaar, Joni Mitchell to The Ohio Players. I’m all over the place. There is never one piece of work that is the grail though. For me, its the sum of all great works and I can’t just pick one. I try to find and collect fragments of different worlds and put them together in new ways. Like stealing and collaging.

JH: How did you originally get connected with Mikos Da Gawd?

TF: When I dropped out of the University of San Francisco, my piano professor helped get me a job at a restaurant she worked at part time. Mikos Da Gawd worked there too, randomly. The restaurant had djs several nights a week and I was just starting out so I had to talk myself up. He was the homie and I think he thought I was funny. He put on and hooked me up with a little dj gig there. He brought me to the studio there and we just started working.

JH: What are you most proud of so far in your life? Could be music related but doesn’t have to be.

TF: My dog’s name was Chloe.

JH: What projects do you have coming up that people should look out for?

TF: Thanks for asking that. I have a few projects in the pipeline. Jane’s World: Jane’s debut EP produced by Swish and I. Electric Rain: A 14-track mixtape by Porter Ray, produced entirely by me. It features Jusmoni, Mikos da Gawd, and Nate Jack. The project also has a strong visual component, directed by 2 Nice. Tele Garments, my debut clothing line. Everything will be handmade by Ecks.