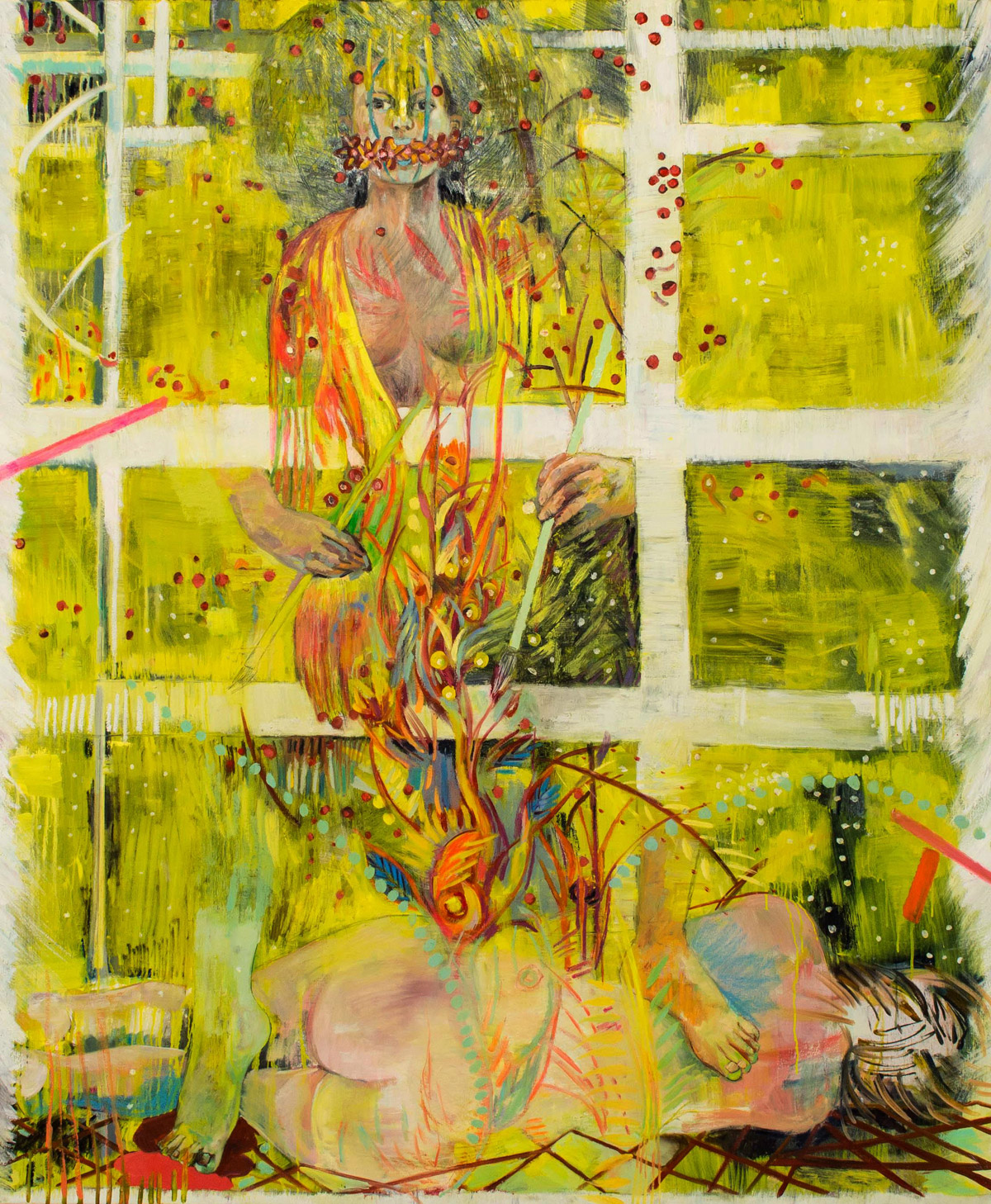 A selection of paintings exploring femininity and creative identity by New York City-based artist Marie Peter-Toltz. Creating a dialogue between poetry and art, Peter-Toltz’ latest exhibition saw her work placed alongside that of American poet Michael Bernicchi. Check out more images, as well as Bernicchi’s poetic responses, below! 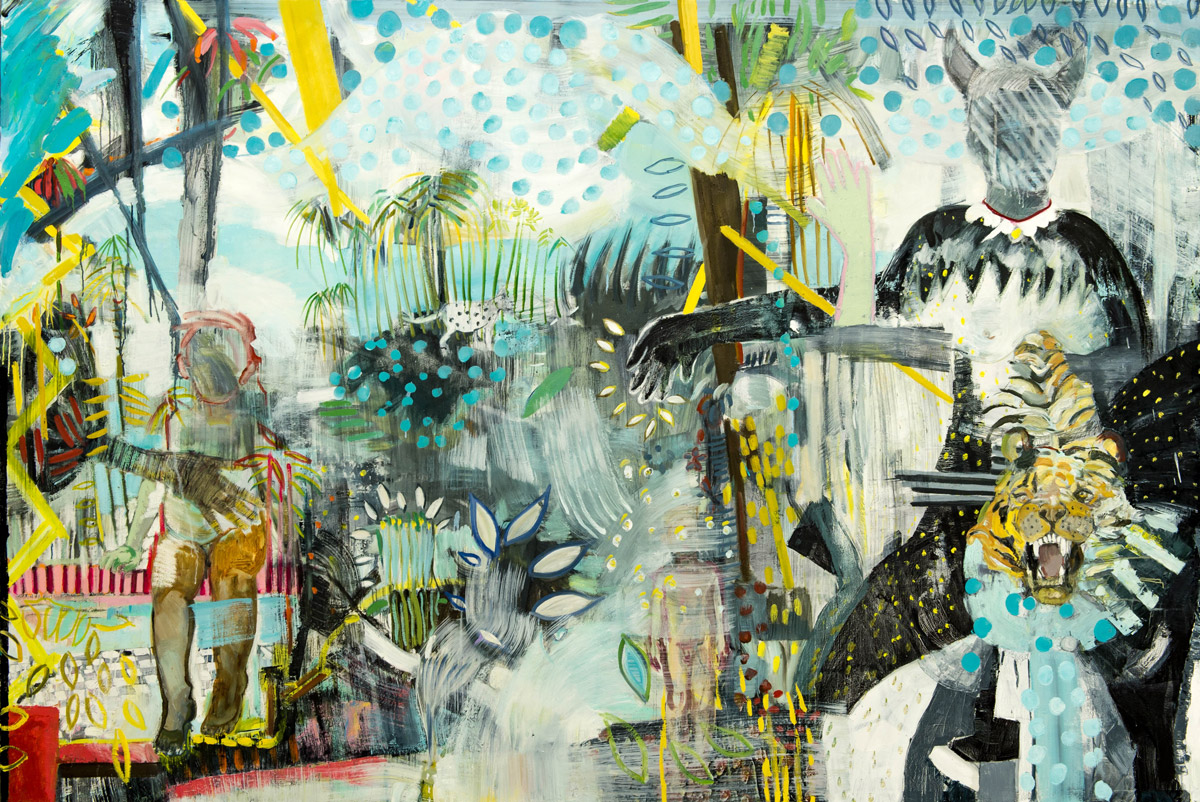 My Son’s Room – In Response to Shakti

“My son doesn’t know the past as I do;

his room – three walls in jungle motif, like a wild fort –

Ganges, reaching out to new lands.

He doesn’t see himself

in the footsteps of Divine Mother,

bathing in the mist

To my son, the world is new;

his room is just a room

He doesn’t see my hand in his,

feel its brush in the wind,

or understand that the polka dots

are portals to his past.” 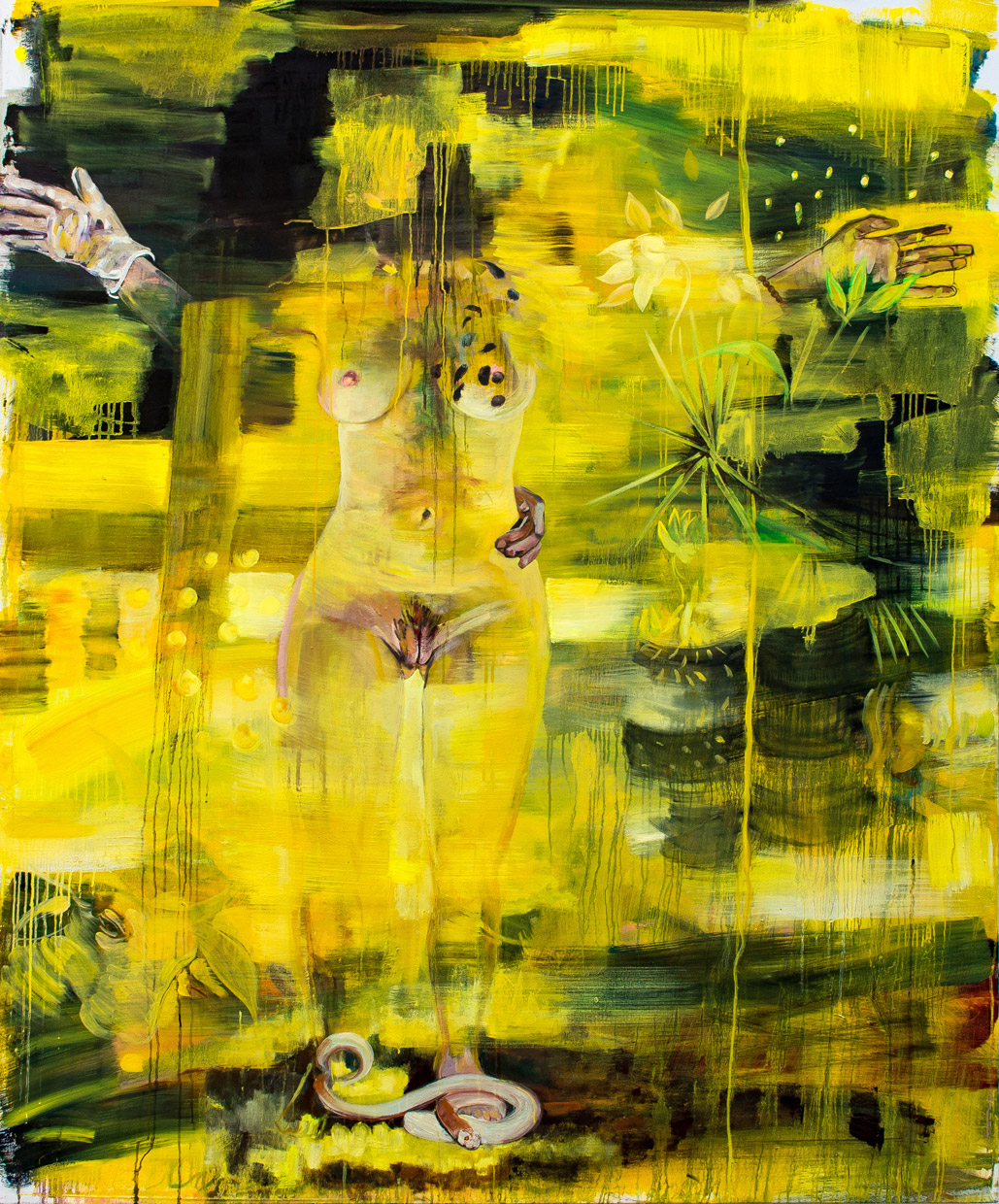 Untitled – In Response to L’éternel Feminin

“My mother wears my sins at her feet

of her own past –

I can’t see my mother being young

enough to be – Chicago at eighteen – dancing,

smoking, painting herself as she walked

phases along the way with

I wonder how she surrendered

backpacking the world, exploring herself,

content now in the background of her own creation.

Most of all, I 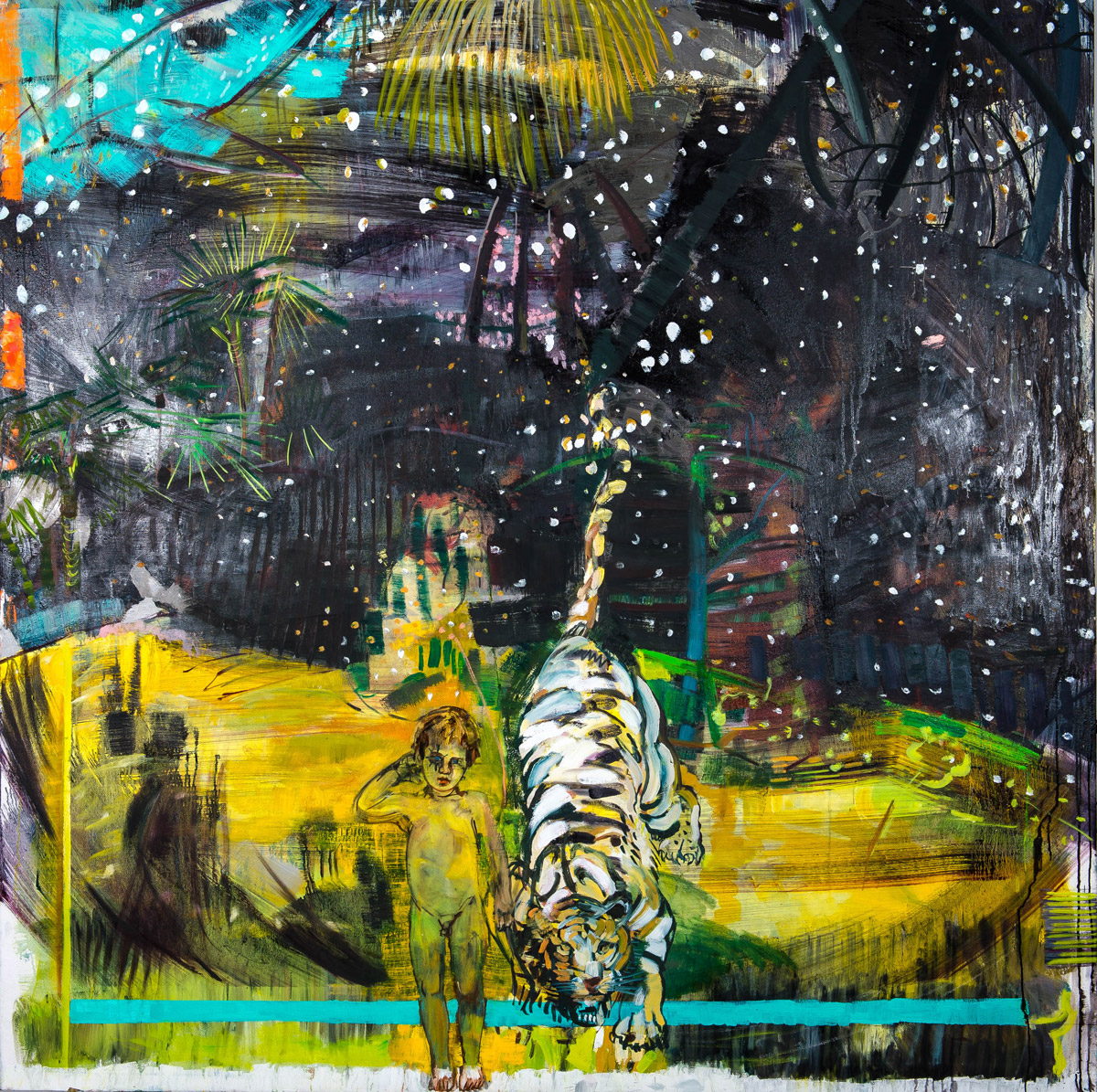 “I used to wander as a child

like a tiger on a mountain under the bare sky

at night, manipulating the stars

by connecting dots as an atlas into mesh blankets,

and the sky became a web to explore.

I would trace the ancient maps

with my fingers as if led on a hunt

seeking self through Kurtz’s heart,

across the same paths

the ones they wove through silk roads

to the east, looking back at the 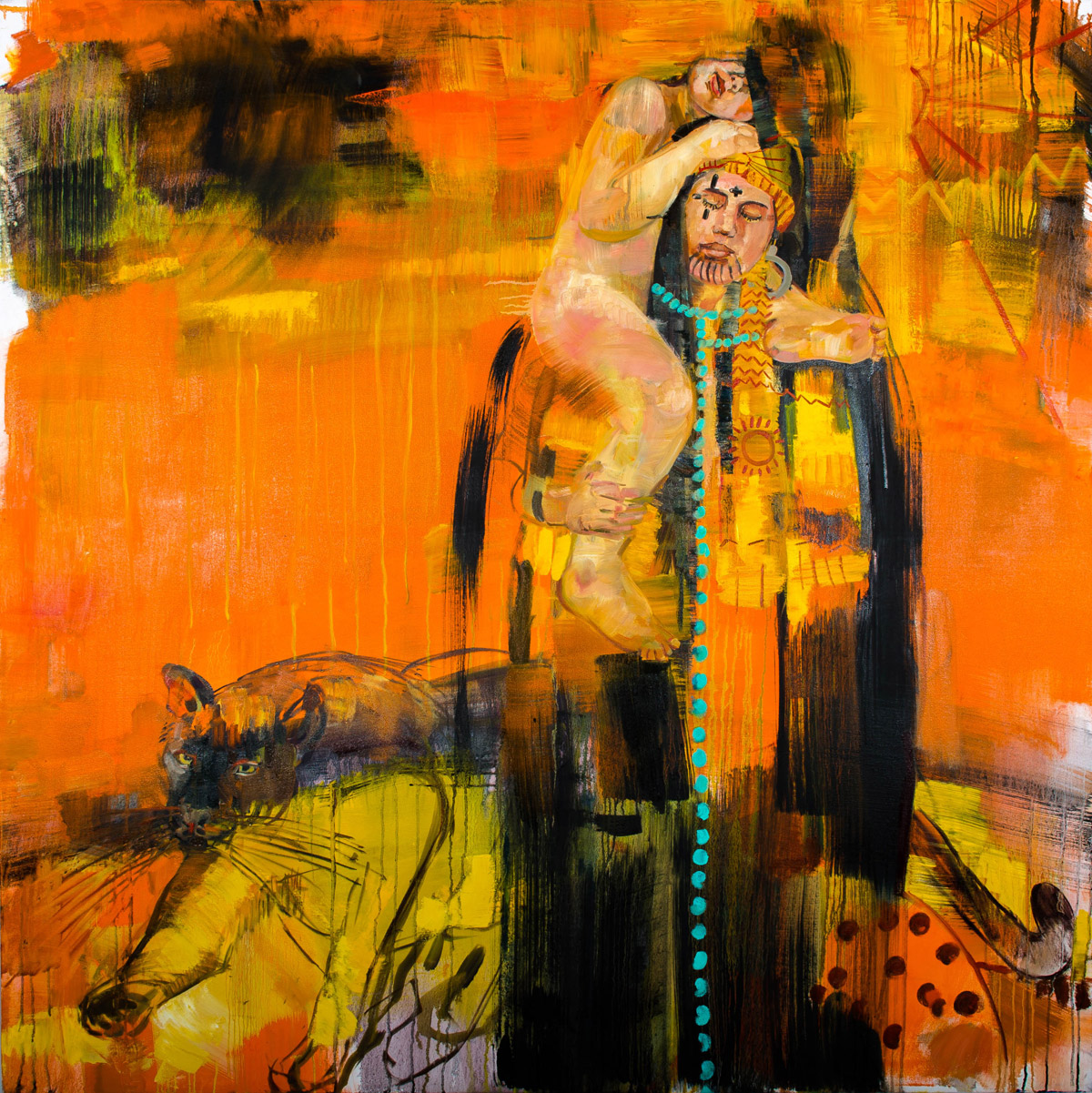