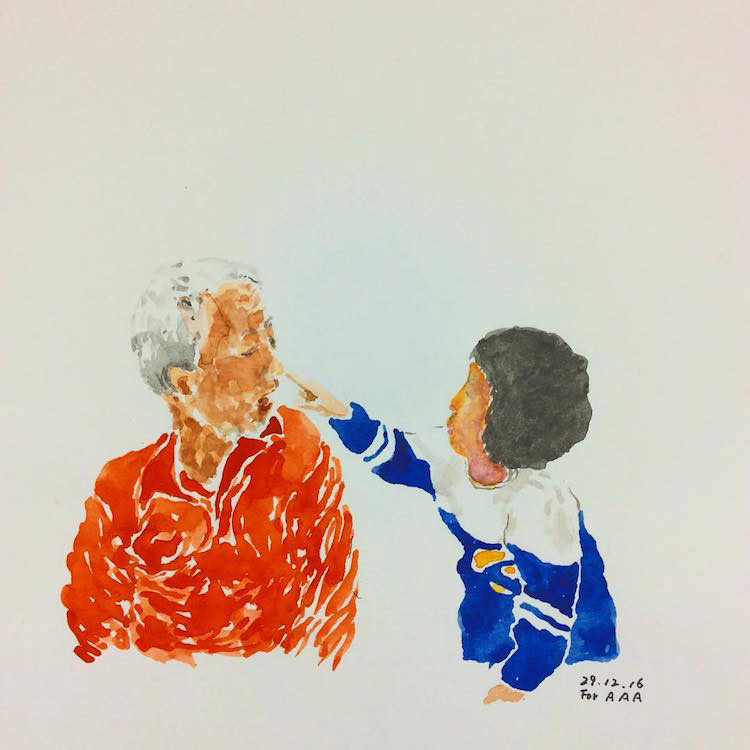 Drawings For My Grandchildren is the Instagram account of Chan Jae Lee, a 75-year-old Korean man and artist based in Brazil. Separated from his grandchildren who live in Korea and New York, Chan started using Instagram after his son insisted it would be a better use of his retirement than watching television.

While Chan initially shot down the idea, the birth of his youngest grandchild, Astro, made him realize that he won’t always be around to see his grandchildren grow up and agreed to create the account as a kind of virtual gift to them.

Helped along by his wife (who writes the captions for each post) Chan has completed a drawing a day, sharing everything from family memories and everyday moments to random thoughts and life lessons. Check out more of Chan’s heartwarming work below! 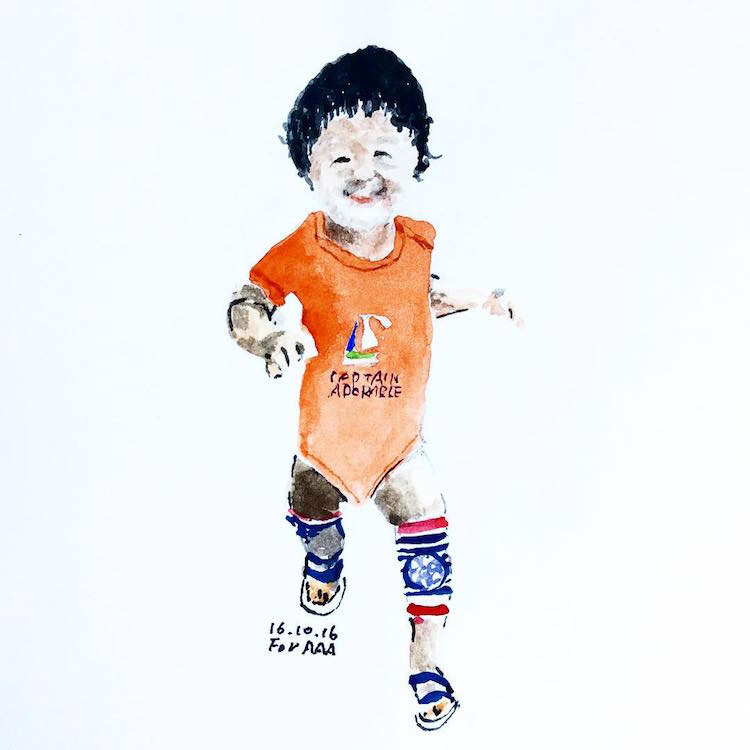 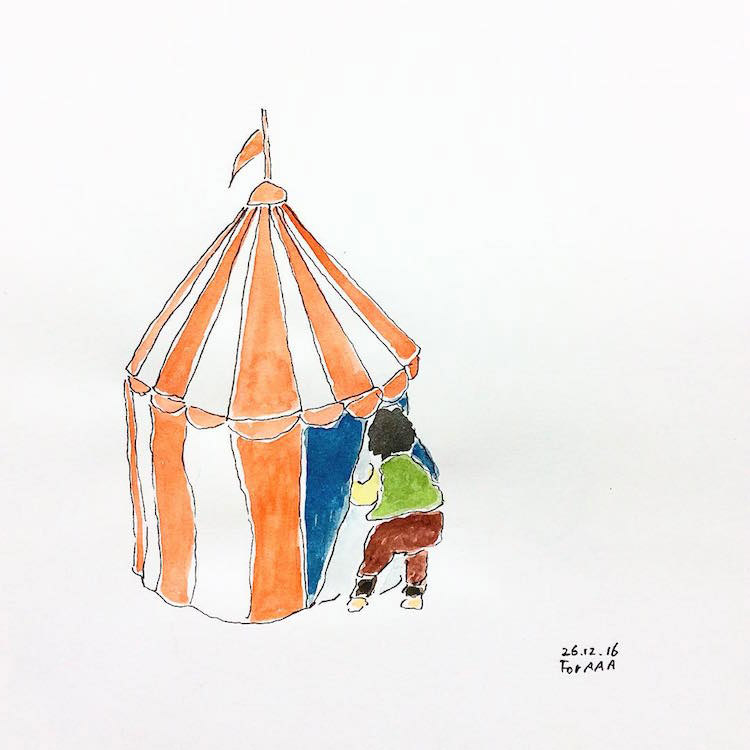 Astro received a mini circus tent as a Christmas gift. “Come find grandpa!” Where does the voice come from? Astro is carefully looking inside the tent. 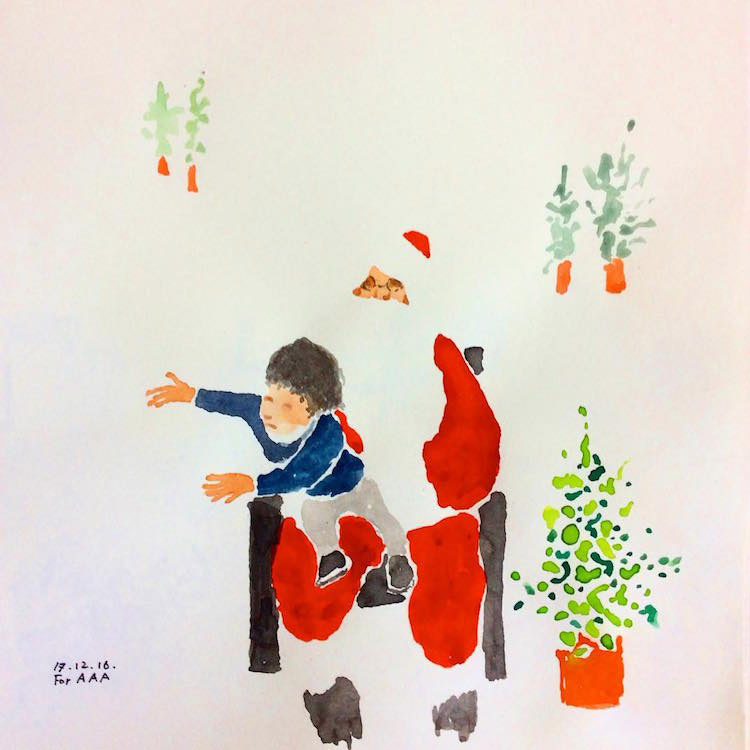 Astro, we saw the photo of you crying on Santa’s lap. He’s a bit strange looking, right? That’s okay, because no one has seen the real Santa. He only comes in when everyone is deep asleep. Your grandpa never received a Christmas gift growing up. That’s because we were very poor during the Korean War, and also because I didn’t even know Santa Claus even existed. Still today I’d like to hang big socks like you do. 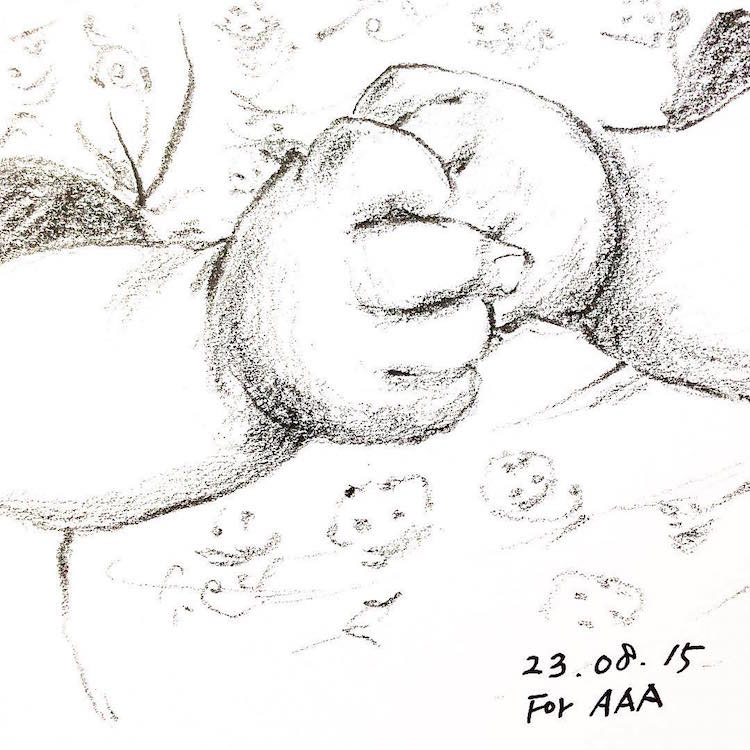 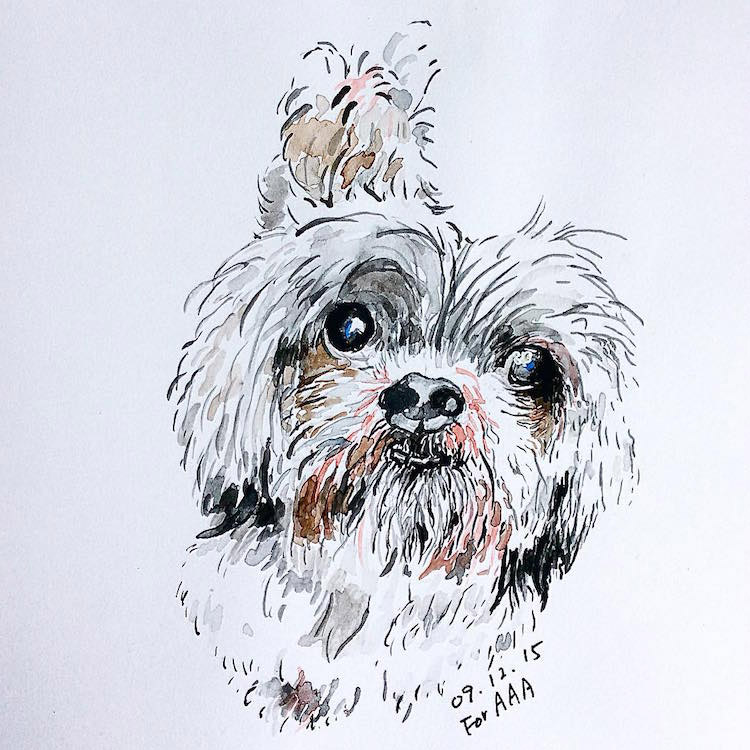 We met this little dog in the elevator. Isn’t the cute? We were told he’s old. 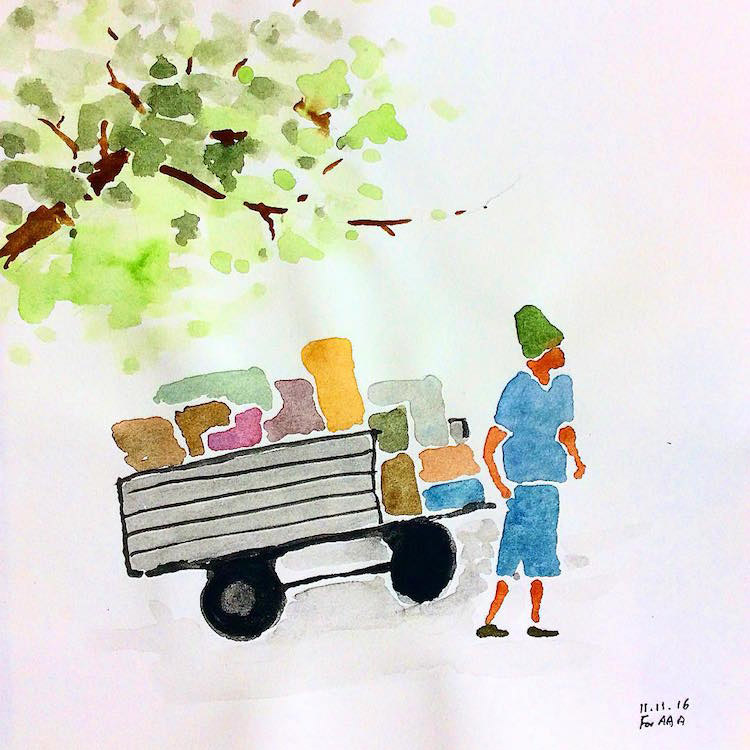 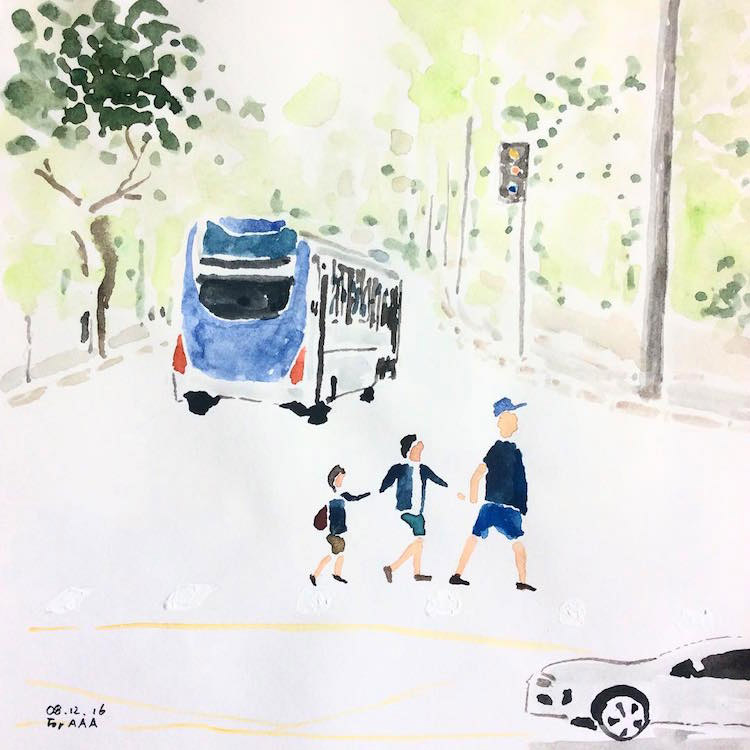 Kids are going to school together. “Hold my hand tight.” Dad and the big brother are making the little one feel safe. 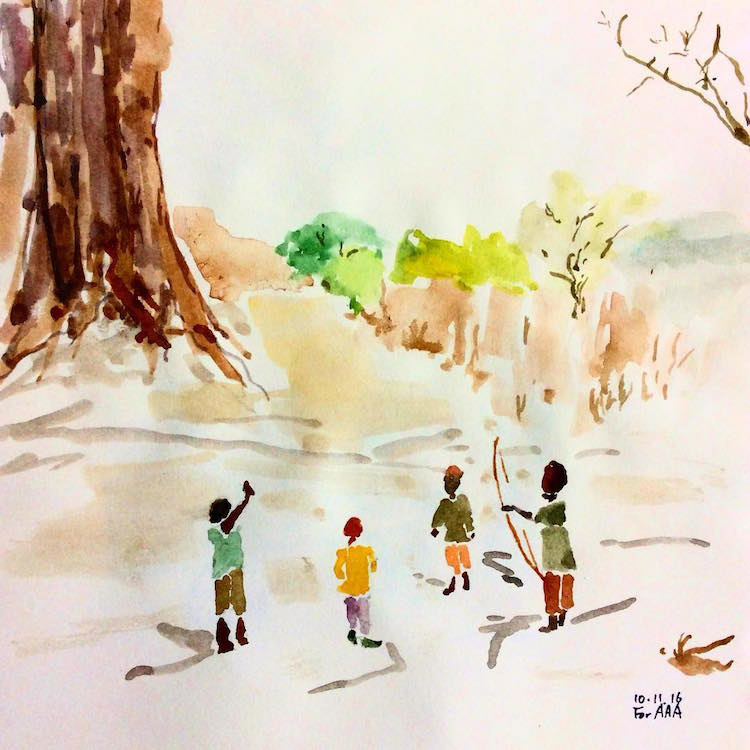 Kids are playing happily together. African kids are playing in the immense nature. How do Korean kids play? These days, it’s hard to see kids in São Paulo playing on the streets. 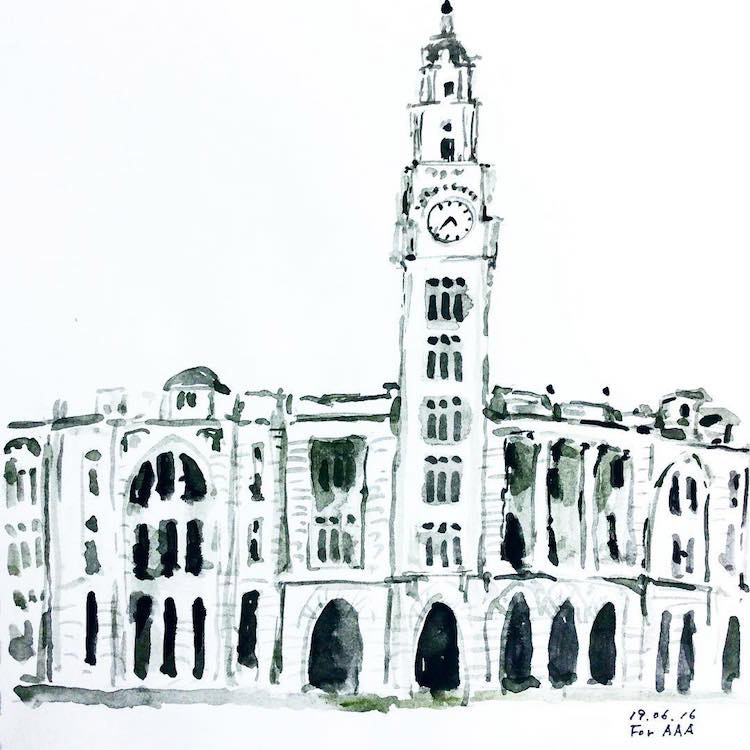 This is state sponsored “Sala São Paulo” hall in the entrance of Bom Retiro neighborhood. Grandpa and grandpa go there for orchestra concerts sometimes. 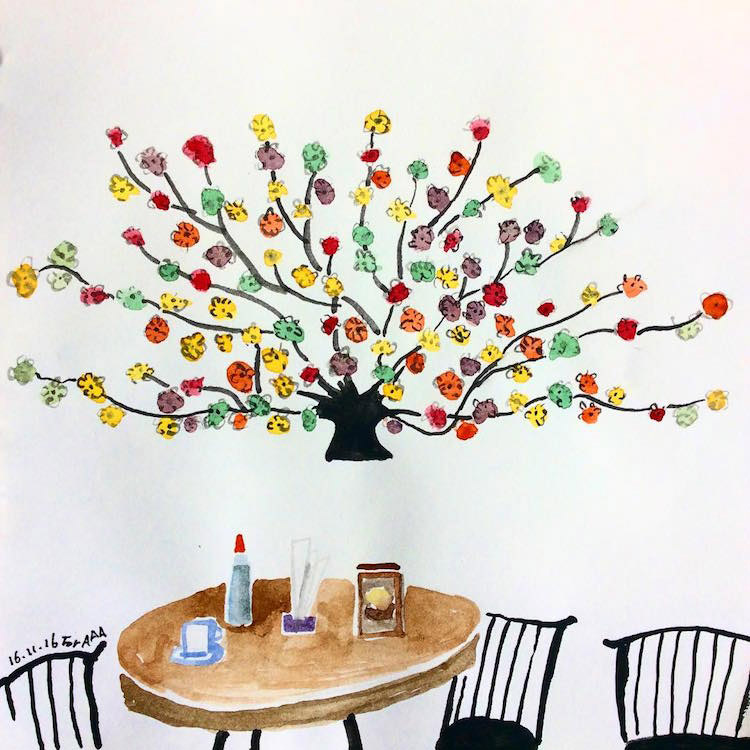 We drank coffee at a café with a beautiful flower mural. It was in a small city called “Embu” where you can find traditional old Brazilian furniture, craftwork and food. This mural reminded us of the painter Gustav Klimt’s work. 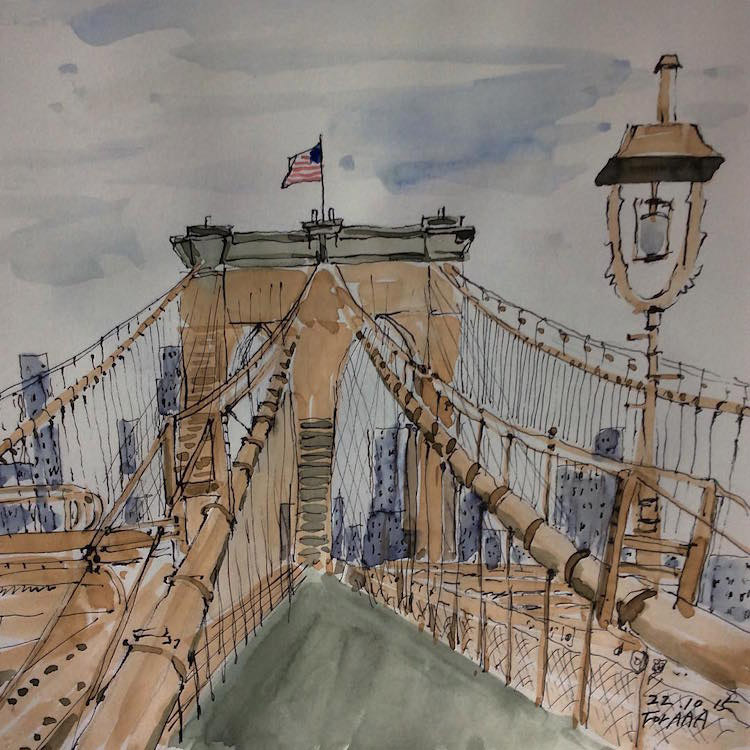 The time when we walked across the Brooklyn Bridge to see my grandson Astro. 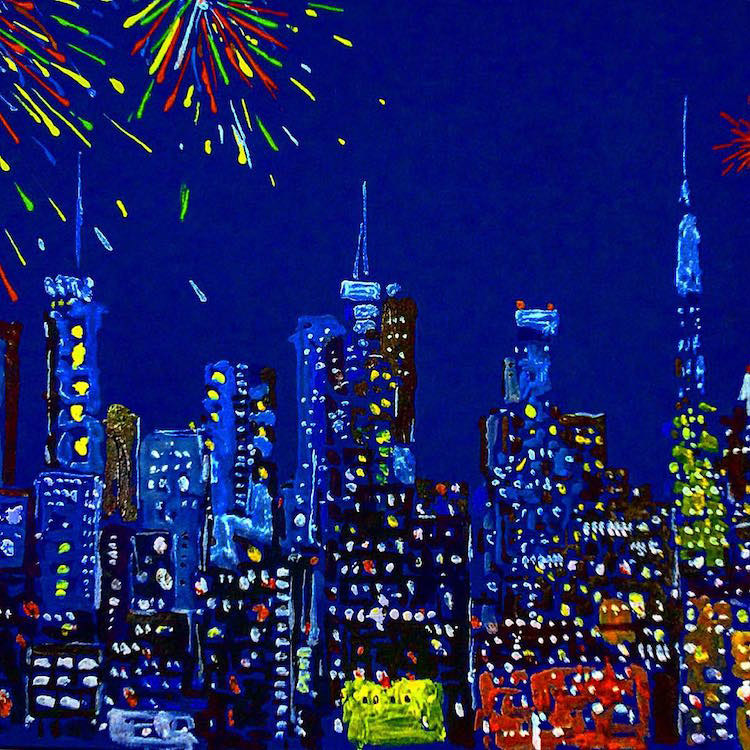 Grandma: Oh my! I can’t believe it’s already the last day of 2016! Grandpa: Time is always flowing, so there’s no last. 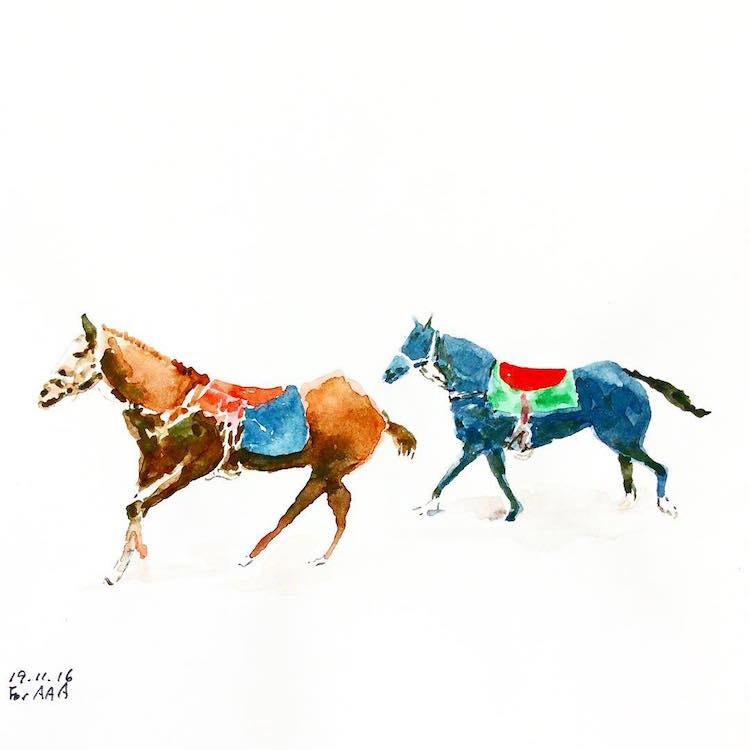 Young horses are training together at Korea’s Jeju Island. Cute, right? Don’t you want to ride too? There was a time your uncle Ji also learned how to ride a horse as a boy when he arrived in Brazil. 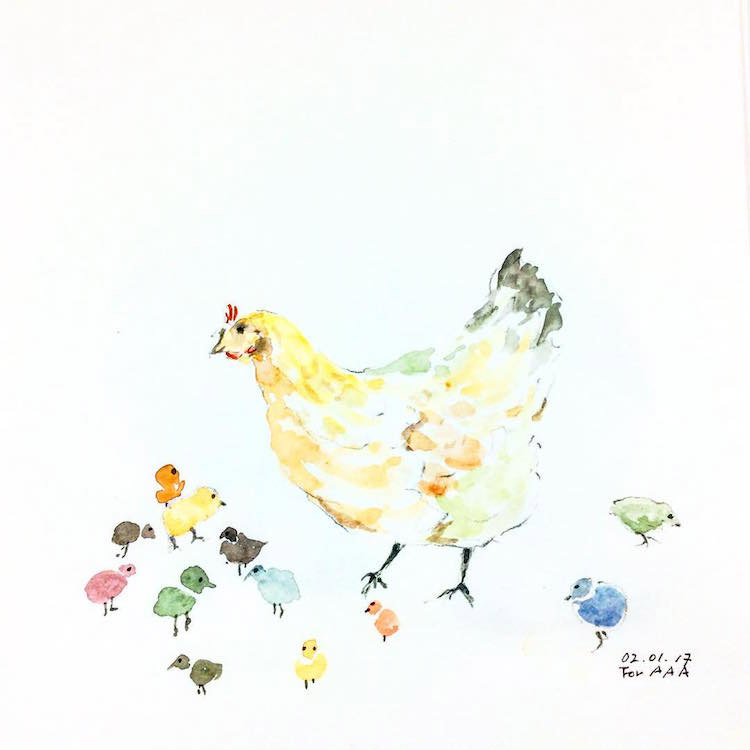 2017 is the year of the rooster. Chickens and roosters are very diligent animals. Even in the winter chickens lay their eggs, sit on them, and the chicks are born. Sometimes, this many! Peek, peek, peek… Baby chicks kick the dirt and run towards their mom. I wonder what she told her chicks. 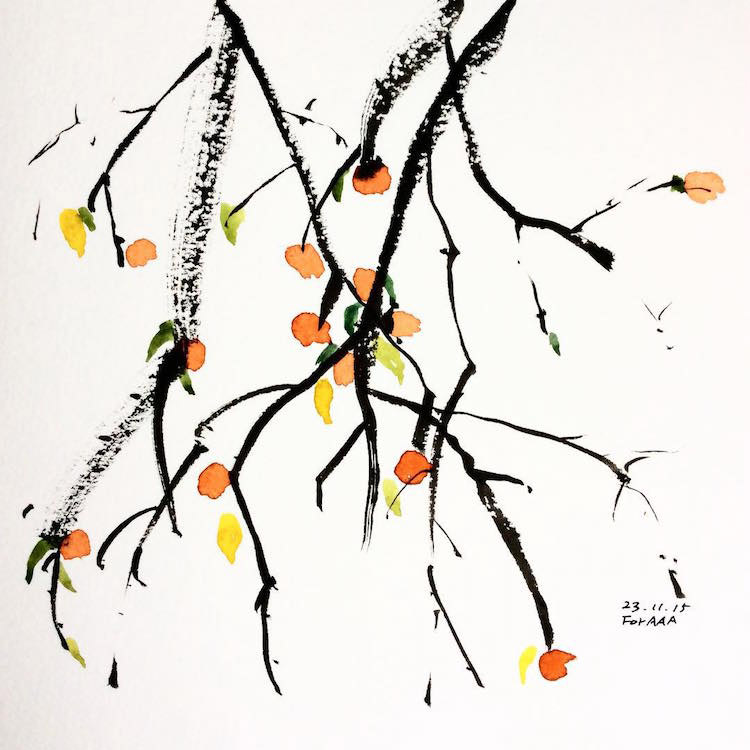 In Korea it’s a fall season. Time of persimmons. In Brazil, it’s so hot grandpa and grandma slept with the windows open. 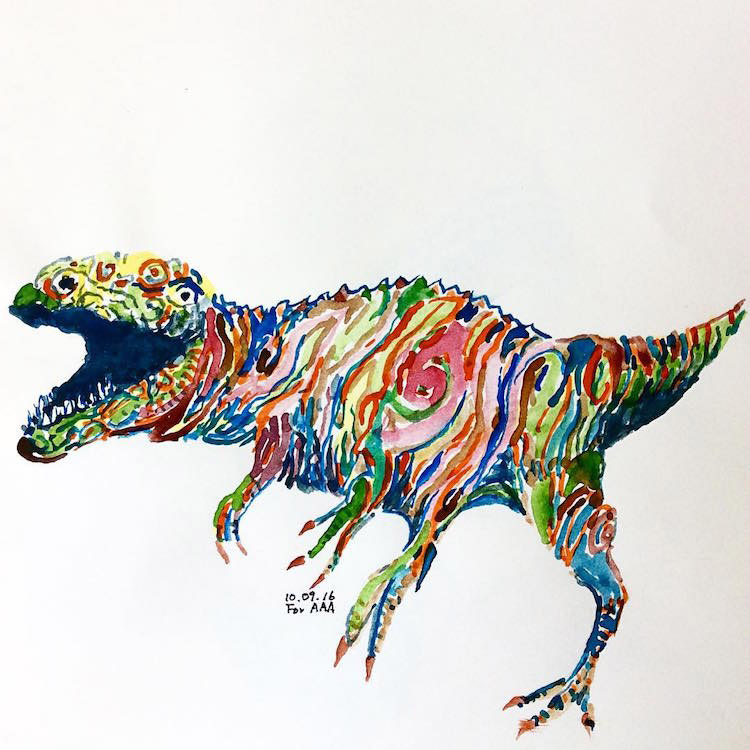 All children’s friend is a dinosaur. Even in Brazil people discovered dinosaur’s fossils. Why do you think they disappeared? 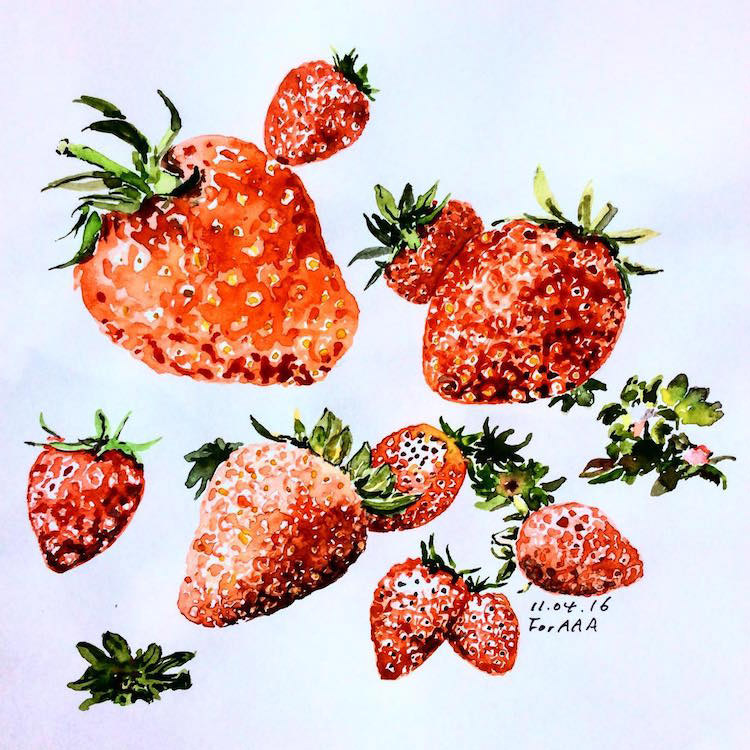 For you guys who love strawberries, let’s eat them together. No need to add sugar. 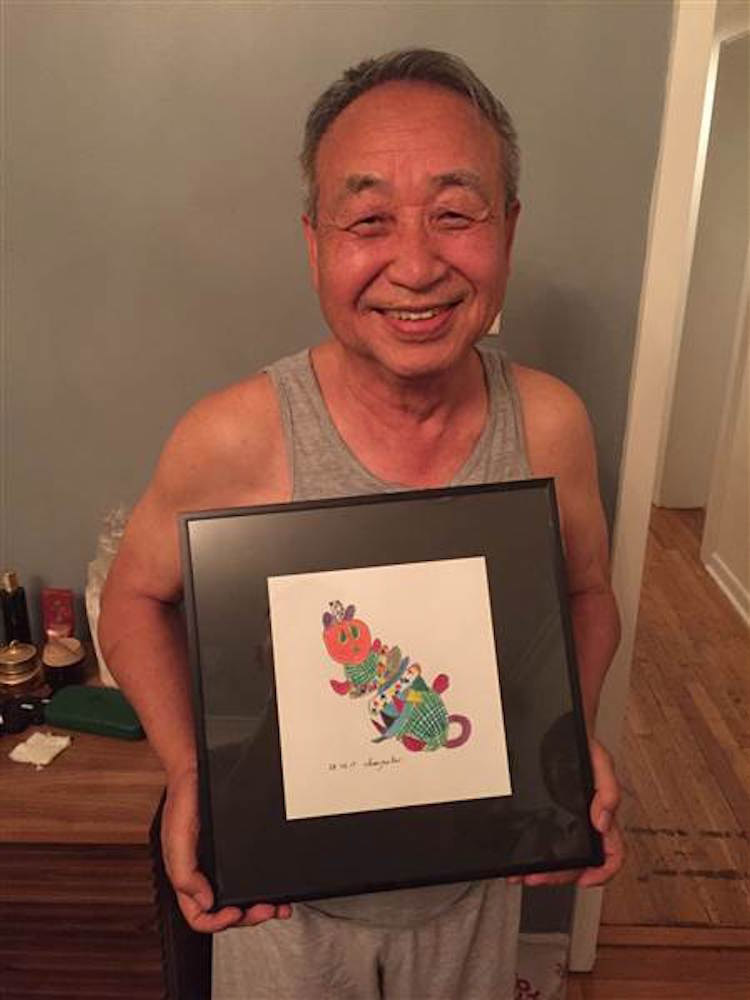 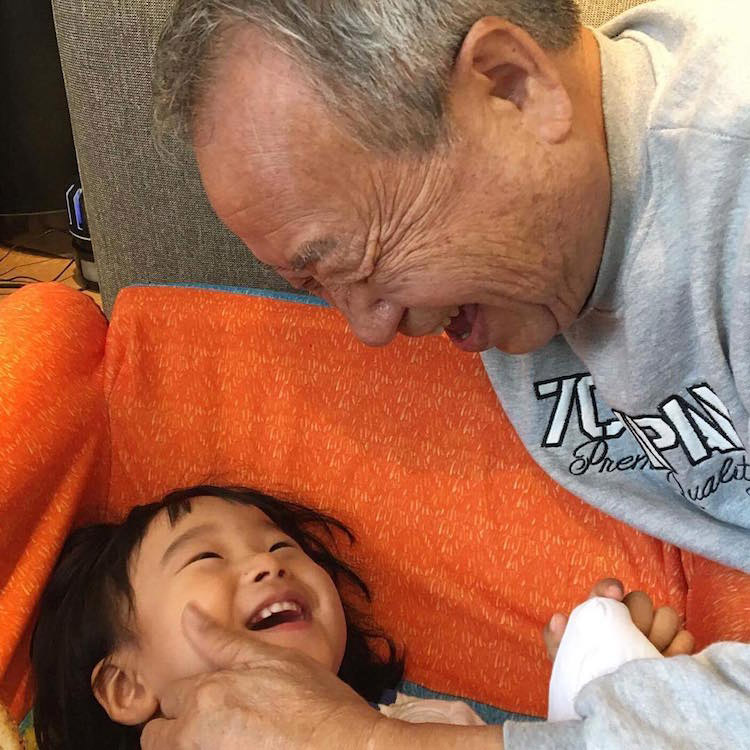 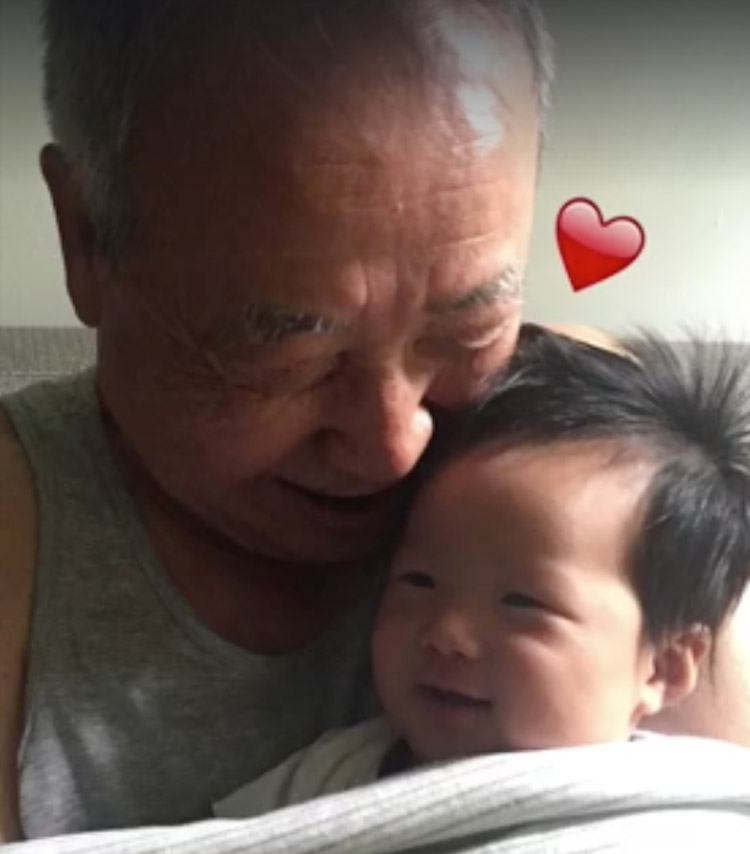 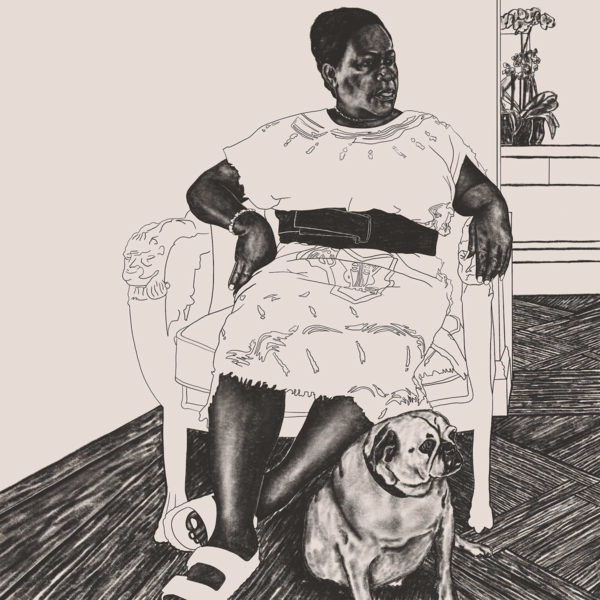