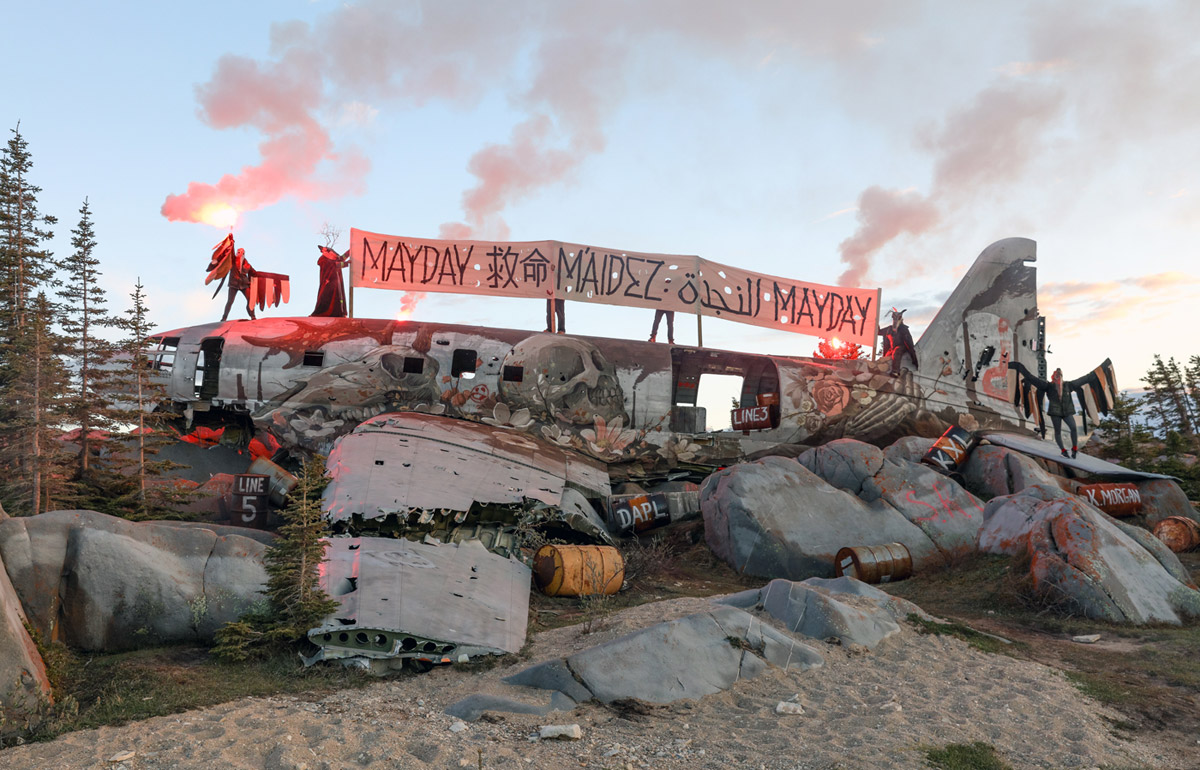 Recent work from Detroit-based artist Pat Perry (previously featured here). Originally from Michigan, Perry has been spending time in Churchill, Manitoba working with the PangeaSeed Foundation’s Sea Walls program on a series of protest paintings based on the struggling small town, its connection to places like Michigan and the broader environmental crisis we’re all facing. As Perry writes in a passionate open letter for the project:

Following the decline of one economy, just like in Michigan, an idea takes hold in Churchill that tourism will now be the bedrock economy that will sustain the town. So then, a dozen artists are brought here to make the town their muse and to beautify it, but just before that happens, unprecedented flooding washes out the rail line, cutting the flow of goods, essentials, and seasonal visitors. Prices soar, and dogs begin starving. So what are the artists to do? Choice A: Paint jovial works that bring some brief yet genuine psychological respite to the village. Choice B: Cautiously bracket choice A, and instead tell the truth.

Read the full letter here and check out more images below! 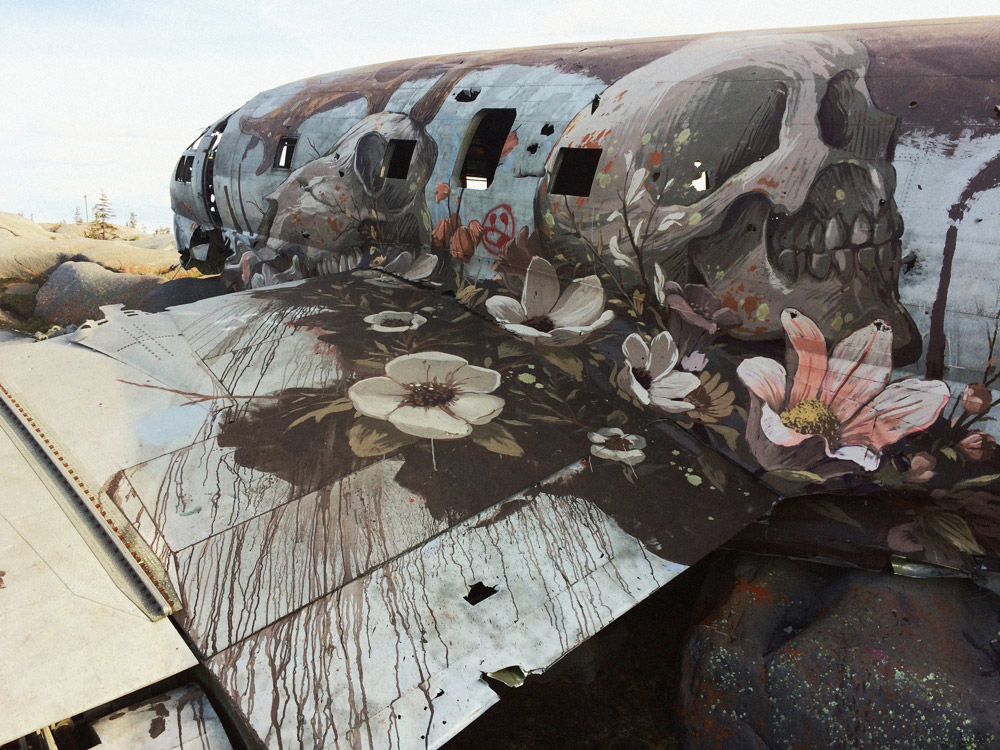 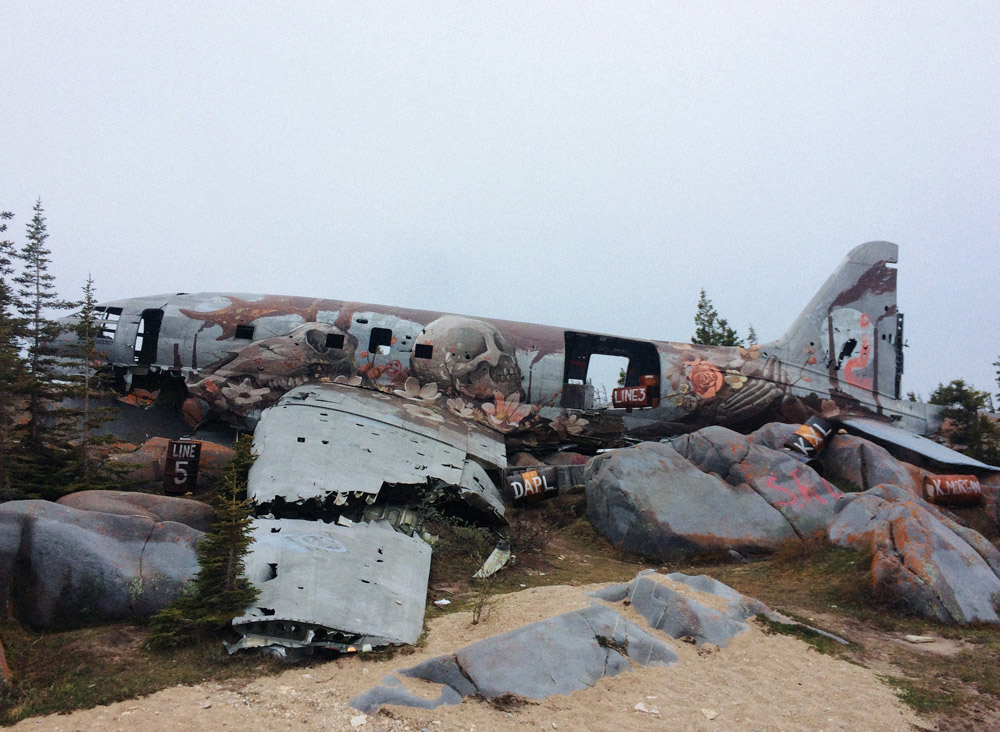 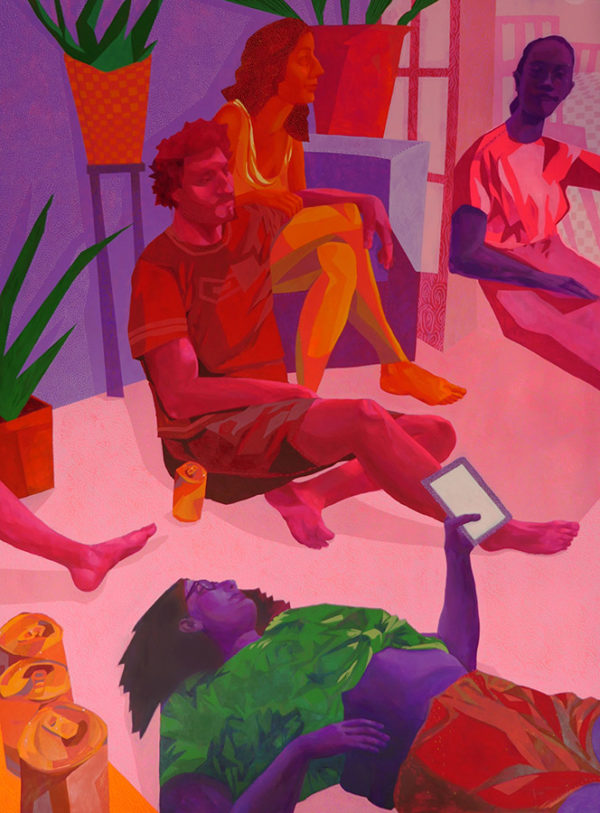