A series of large-scale paintings influenced by the idea of eternal recurrence by Vancouver-based artist Jay Senetchko. Building from the belief that events are part of a recurring cycle (as opposed to adhering to a linear time-line with a definitive end point), Senetchko collapses past, present and future into five vignettes that play with the tension between progress and regression, decadence and destruction. See more images from “The Course of a Distant Empire” below or on display at Winsor Gallery (extended until January 20). 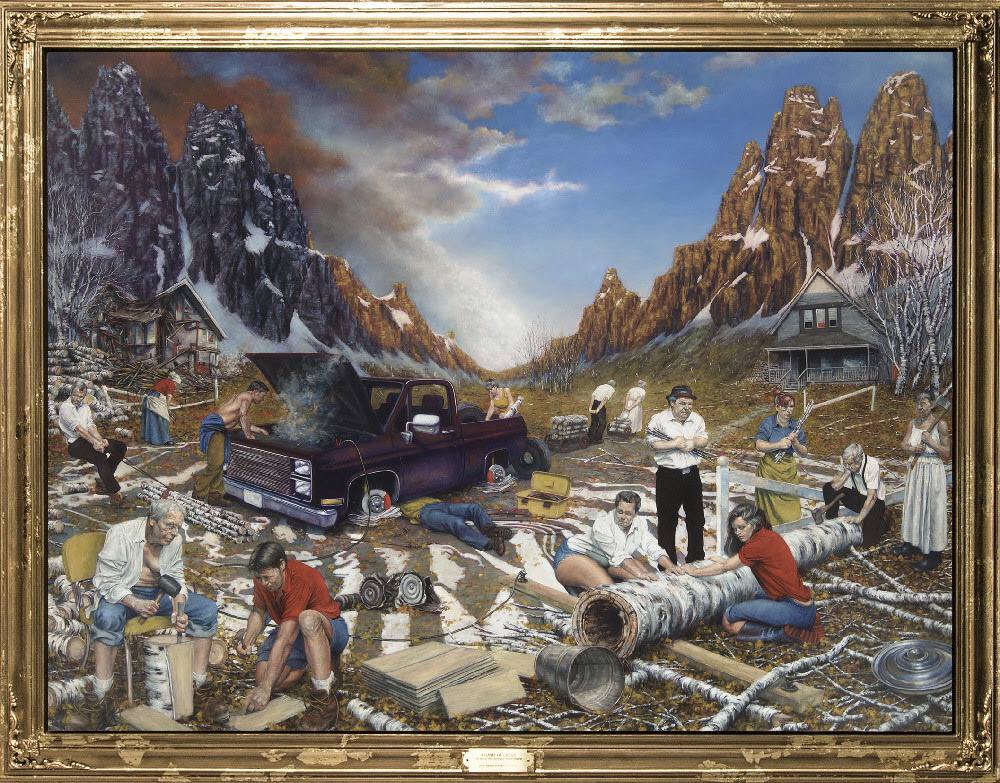 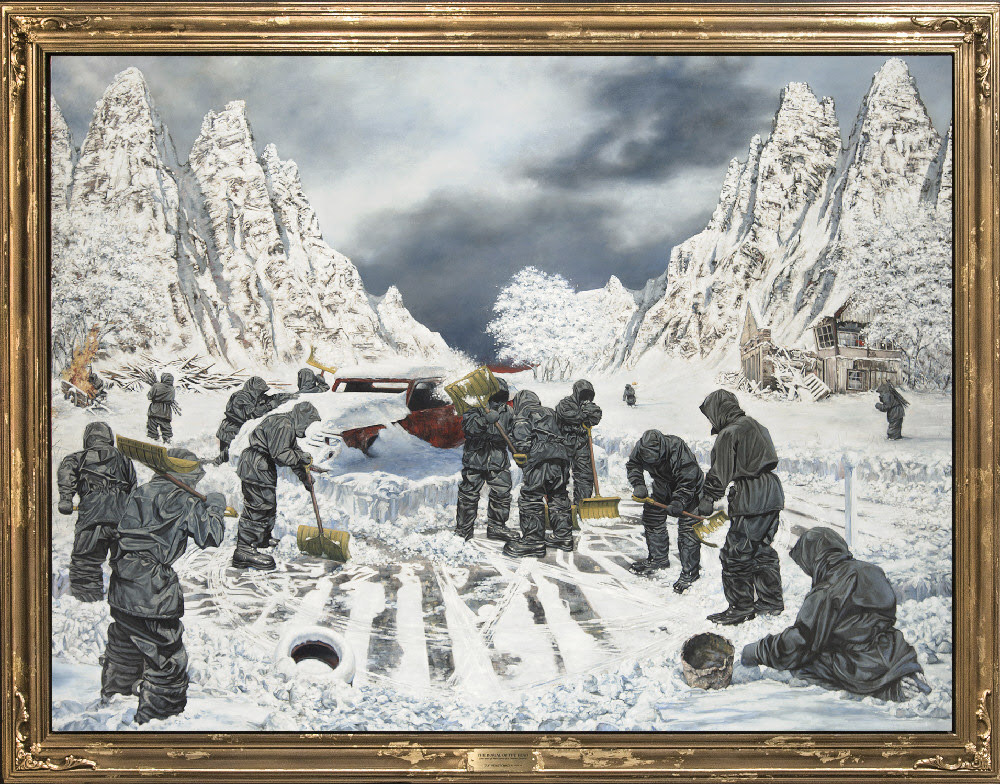 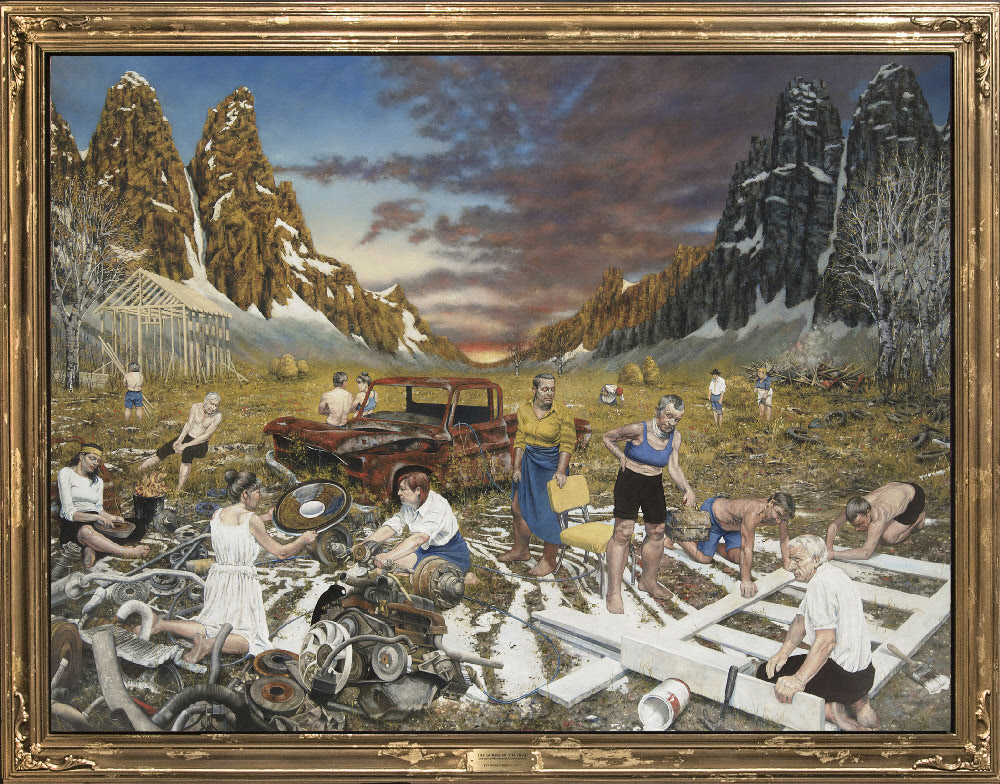 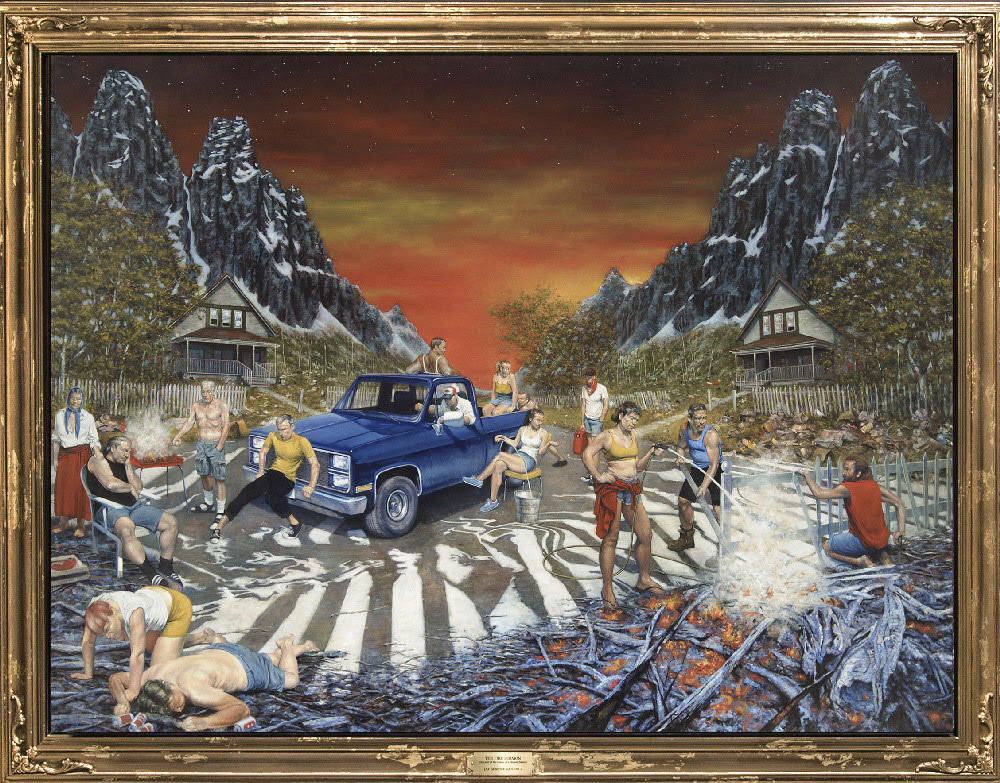 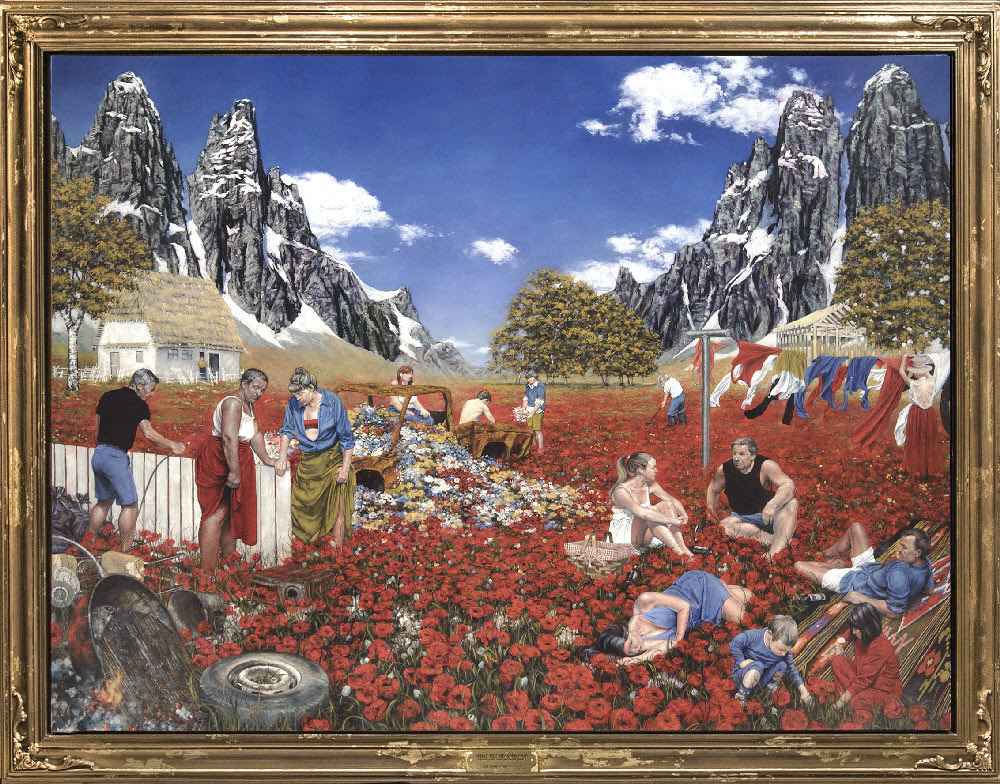 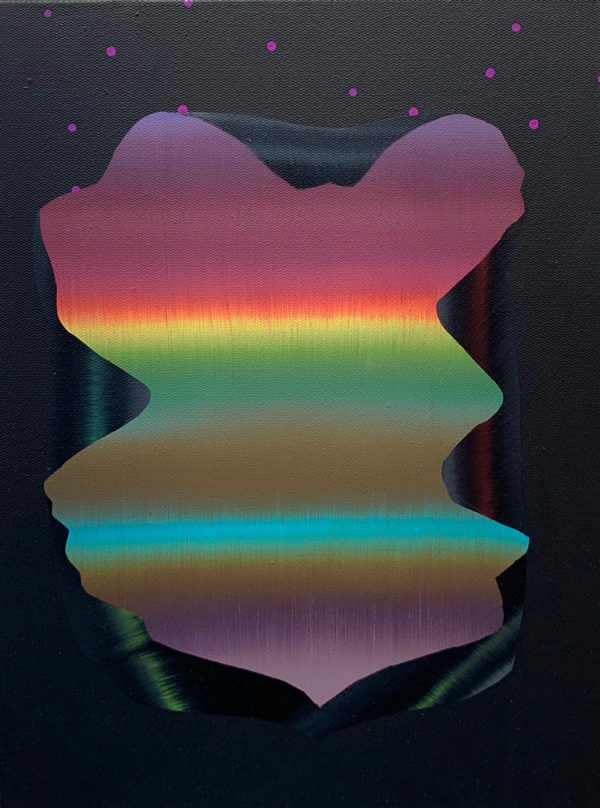 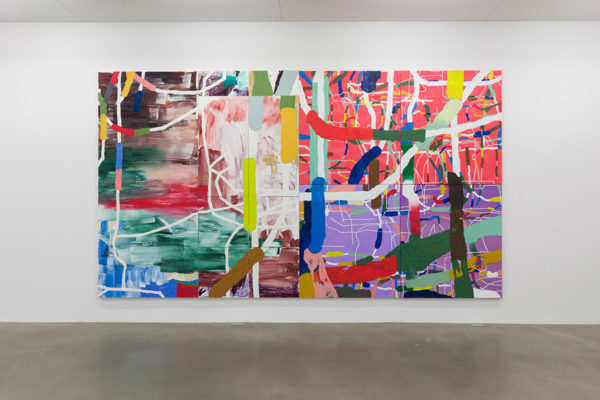