Kid Koala wants you to be a part of his turntable orchestra! We’ve partnered with VIFF to support this really exciting and unique event coming to Vancouver October 5-7: Kid Koala’s Satellite. The wildly ambitious interactive concert invites the audience to play alongside Kid Koala, using 50 custom turntables and sets of special colour-coded vinyl. It’s an all ages show designed to work whether you’ve ever touched a turntable or not. It promises to be a really unique experience! For a better idea what you’re in for, check out our interview with Eric San, the legendary Canadian dj, musician and visual artist, better known as Kid Koala!

If you want to attend one of the shows, we have a special promo code for you guys to get $10 off the regular ticket price (go here and use the promo code: VF18BOOOM) and we have two pairs of tickets to give away! For a chance to snag a pair of tickets leave a comment below and tell us about the best concert you ever went to! We’ll pick winners next week!

Jeff Hamada: I know you’re originally from Vancouver, how often do you come back?

Kid Koala: I try to get back to the city once every year or two. My sister still lives out there and a bunch of friends from high school are still kickin’ it out there. I love it, great town.

JH: Has Satellite ever been shown in Vancouver before?

KK: No, this is the first time! We haven’t done that many cities with it. It’s a big production to move around so I think we’ve maybe done 7 or 8 cities total.

JH: I’d imagine it’s not an easy show to tour, I mean with all the turntables…

KK: Well, the types of rooms that we require to do it are kinda specific. Power cabling, tables and chairs for the audience members — it’s not something we can just book a week in advance and just sorta roll up. It’s like planning a wedding or something!

JH: So the idea for the show was essentially to recreate the way you made the music on the album, but in a live setting…

KK: A lot of the material that we’re performing together is from the Satellite record, and just by nature of it being made in the middle of Winter here in Montreal means it’s slower. But producing a show like this, it’s one of those things where, I like to stay home also, so if we’re gonna leave our house we better make something that we would leave our house for! And in concert terms there’s not a lot of opportunities to perform music with the audience.

It’s gotta be fun. A lot of people might look at the bullet points of the show and say ‘oh ok there’s 50 turntables, effects pedals, colour-coded records, light cues, it sounds very complex like you need turntable experience’. That’s not the case at all, in fact it’s the opposite. We wanted to create a show that’s very novice-friendly, even if they never touched a record in their lives they could come to the show, get their hands on some records and join the party with us.

JH: Can you talk a little bit about building the show up to the point it is now? I’m assuming there were lots of little kinks you had to work out in your original idea, and some things worked and others didn’t.

KK: Yeah, originally it was definitely more of a studio idea. I would combine many single unique layers of turntables to play the different parts of the harmonies. The most direct way to do this live would have been to wire everybody together and mix that in a big 50-channel mixer.

What we realised when we did the first show was people were having trouble differentiating… how do I put this? It’s that ‘more me in the monitors’ syndrome that most bands have, you know, like ‘yeah, can you just put me up in the monitors, I need to hear me more!’ The point wasn’t about having everyone do solos so much as having everyone together like a choir. But people were doing these really drastic things to see where they sat in the mix. So after that first show I said it’s totally not working, we’re gonna build little monitors into each station. So now each station is amplifying the sound from that particular station only and what’s nice about that is all the sound is going up and mixing acoustically in the air. And we can also work with the spatialization in the room and cue all the turntables on the left and roll over like a wave to the right, you can kinda get that doppler effect. 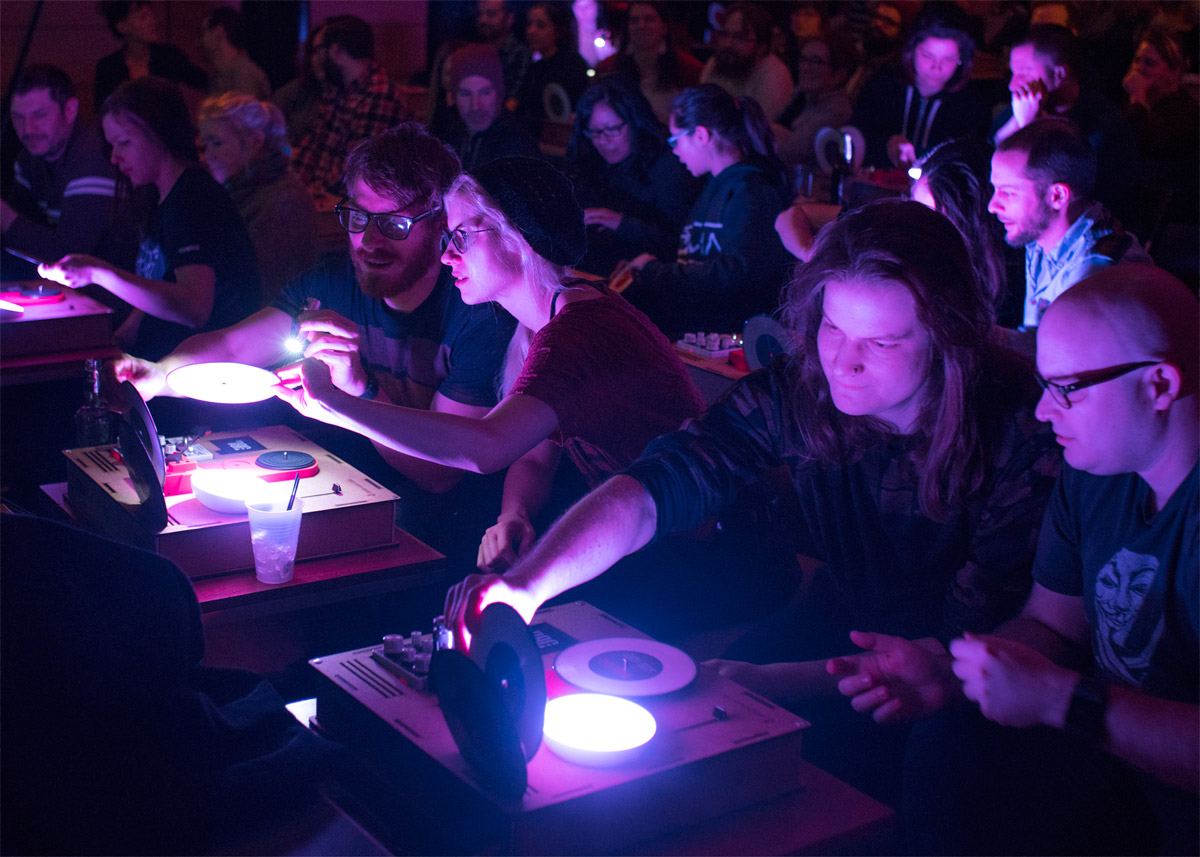 KK: Exactly. It’s funny because I just did some music for a video game this year, and it was all about that. There’s a  lot of the sound effects and the sound design, we spent just as much time creating feedback sounds for the player to know that what he or she just entered into the controller was actually triggering an effect in the game. For every single move there were literally hundreds of different sounds in this breakdance game. So in the case of Satellite, when people are turning a knob, or scratching or dropping a needle, they want that immediate feedback to know what they’re doing. After they’re comfortable with the operation, it turns into a more nuanced ability to play within a group of these stations.

JH: So at the show, you don’t have a master mix where you can sort of control how much you hear different sections of the audience?

KK: No, it’s actually a lot of trust. (laughs) I think it actually provides some urgency to it which is a lot more fun. The way we have it prepared is we have different cues to trigger a multi-coloured light at the different stations, so we can trigger half the turntables to be purple and instruct people that when you see that colour, look for the purple record. That could be one note on the harmony, and the other note could be on the green record, and we can have a quarter of the audience play the green record, and mix and match.

It does become a law of averages where a portion of the audience will just let the record play, and there’s always a couple stations that just wanna go crazy on the filter or go crazy on the effect pedal, and then a couple stations just wanna scratch the whole time. And that’s okay because the main thing that we’re going for, that note or that harmony, is still happening, and all those outside cases actually add a bit of interest to the sound. So it does really feel like this organic ocean of sound, twinkling here and there depending on what people are doing. 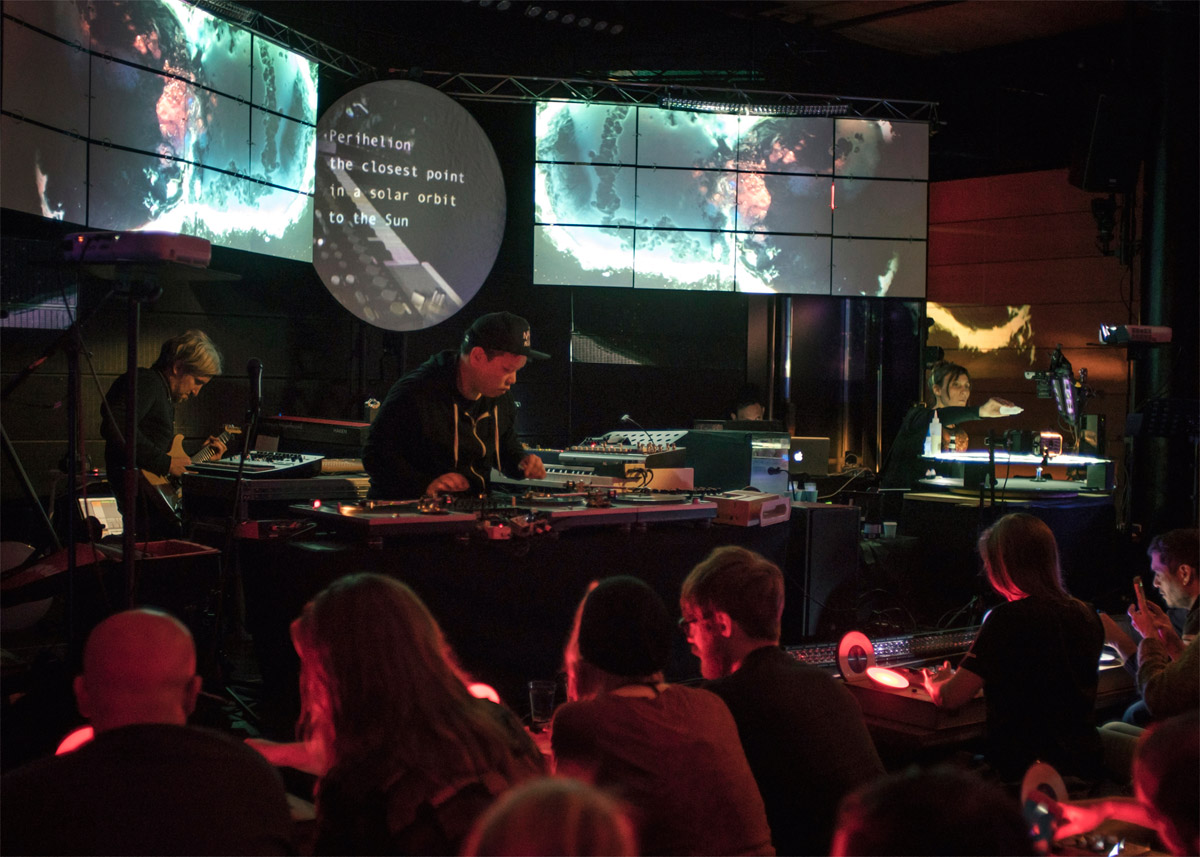 JH: This reminds me of when we’re planning our own art projects, we have to figure out how to give people the best chance for success regardless of skill. We did a project for Where The Wild Things Are in collaboration with Spike Jonze, where we had people build forts. The beauty of it was that even if you built a crappy blanket fort in your living room there was something really endearing about that image. It didn’t require craft or “talent”.

KK: Absolutely. I’ve always believed that everyone has something to contribute, it doesn’t matter what their skill level is. There was this one family with an 8 year old kid, he got so into the whole thing. Even when we were done the show, and we were unplugging and tearing down everything, he was still practicing! I was speaking to his parents and they were like wow he’s really taken to this! Is there anything you recommend for us to get him started?

JH: Did you ever have an interest in being a teacher?

KK: I actually studied to be a teacher! I’m certified to teach kindergarten to grade 6, I don’t think that certification is still valid though (laughs). Teaching is one of those things that’s reciprocal, for all the knowledge a teacher bestows on their students, they’re also learning. That state of learning is always what I’m looking for. And you still wanna surprise yourself! Like what happens if I put this turntable through this guitar pedal, and put it through an amplifier, and what happens if I switch the pedals around. When you discover something new it’s like, ‘ahhh I gotta write this down’.

JH: Do you keep recordings of each of these shows?

KK: We do, yeah! Every audience has its own personality. I remember one of the shows in Toronto, it was a matinee show so there was lots of kids there, a lot of families. We were checking the recording and it was oh this one has a real restraint to it, like a tastefulness (laughs). It’s funny because you’d think if it’s half kids that it would be chaos but it was the opposite!

JH: What’s your ultimate goal for the show? If all goes right, what happens?

KK: People get in the moment and enjoy the process of working and playing together. You know at a rock concert when people hold up their lighters? I guess they’re using phones now, but all of a sudden you see this vast field of little twinkling flames. It’s a beautiful thing, it’s like Starry Night. When the turntable orchestra reaches that level, it’s kinda the audio version of that. Everybody is responsible for this tiny little flicker of sound but the actual effect, at least from where I’m sitting, it’s a breathtaking thing.

One thing I do want to point out is Karina Bleau’s work. She’s a huge integral part of the whole vibe of the show. She’s the visualist, she’s doing all the visuals live. Mixing chemicals, and household products, like molasses, and water and milk. She’s doing it on beat and she’s doing it in a way that has the feeling of these pieces. She creates these beautiful NASA-like visuals that look extraterrestrial. At the end of every show she always has a whole subset of the crowd that gravitates to her station, asking her how she did everything.

JH: I’m not sure many people would have thought to work with an artist like her for this project but it sounds like the perfect choice.

KK: Wait till you see what she does, it’s on this whole other level. I’m glad the screens are behind me otherwise I would just forget where I am and stare at what she’s doing! 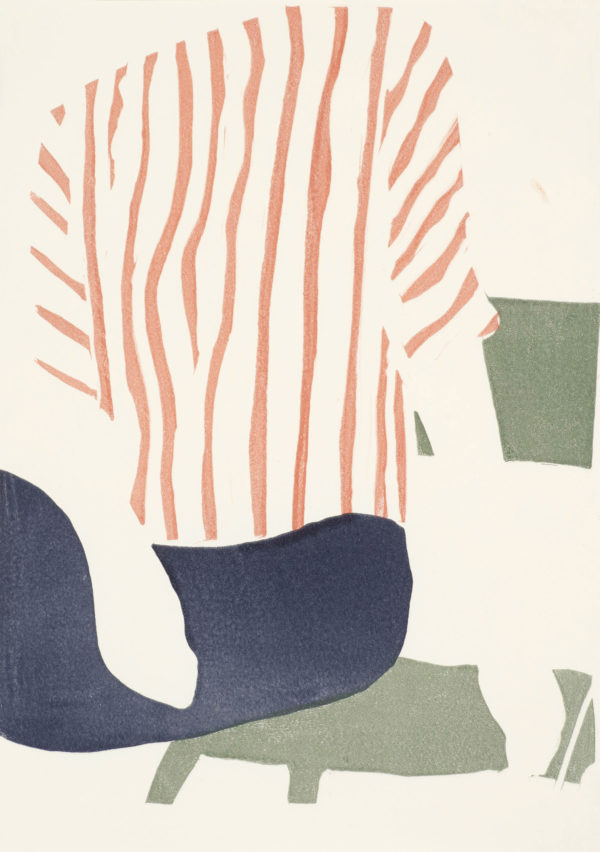 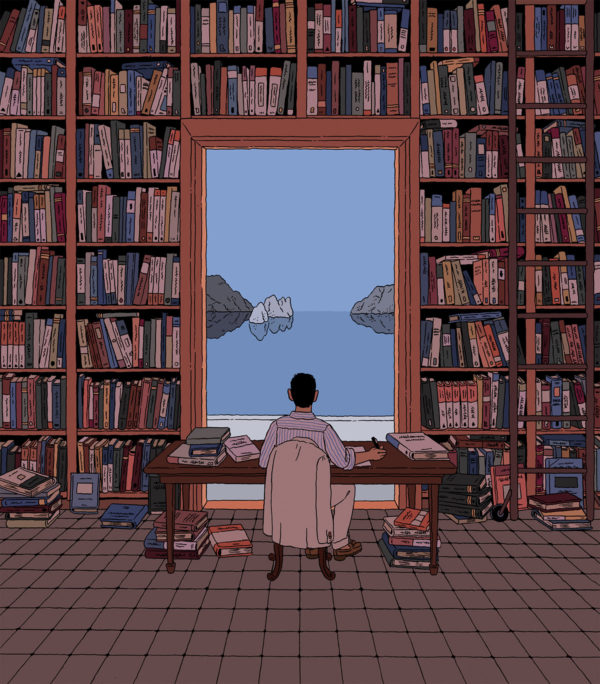 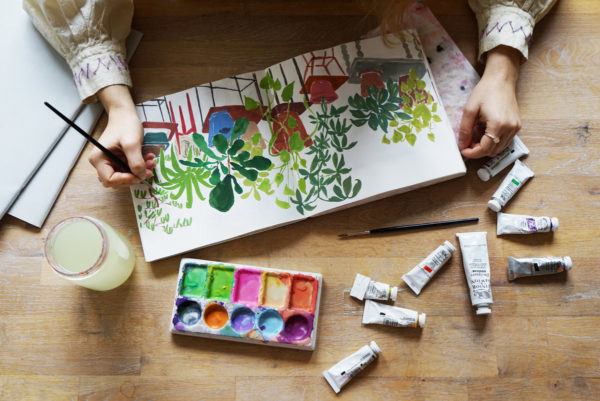