A fantastic project by Toronto-based artist Luke Siemens. Developed by happenstance while showing someone how to use Cinema4D, Siemens blob series is also a play on a particular type of abstract painting that became popular in Toronto in the mid 2000s. The trend involved a canvas prepped with a base gradient that looked digital. Thick globs of paint were then added, drawing attention to the physicality of the medium.

While Siemens’ blobs do something similar, the objects he uses to make the foreground look physical adds yet another element of play. Made up of consumer refuse like fruit stickers and toothpicks, the ephemera not only work to give each blob an identity, they speak to our specific moment in time, especially as fruit stickers have recently shifted into advertising more than just their own brand or product. As Siemens explains:

“I had thought of fruit stickers as a functional thing for POS systems, where the aesthetic of the fruit sold the product. It was rare for a fruit company to elicit a brand response. Chiquita is the only one I could think of off the top of my head that added a feeling to the fruit. When I saw my banana advertising Cars 2 and Minions it was clear that fruit stickers were now thought of as a platform to project from beyond produce concerns. Although lately I’ve heard of companies laser etching bar codes into fruit, which suggests a whole different relationship between the aesthetics of the fruit and the POS system. From this the blobs became these characters shaped by the vastness of a sky image behind them, and the identities/baggage/things that get stuck onto them.”

See more images from Siemens’ series of blobs below. 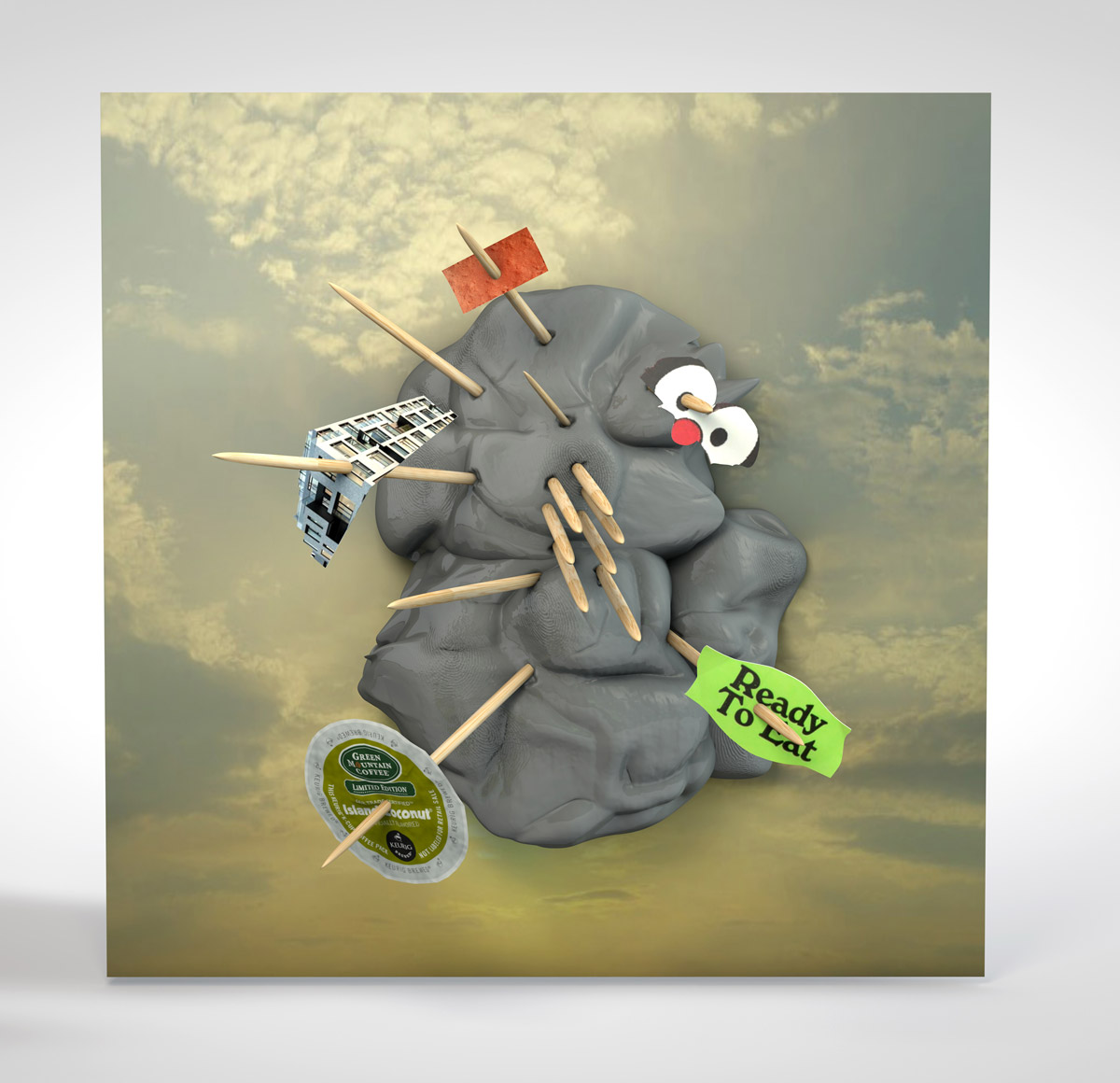 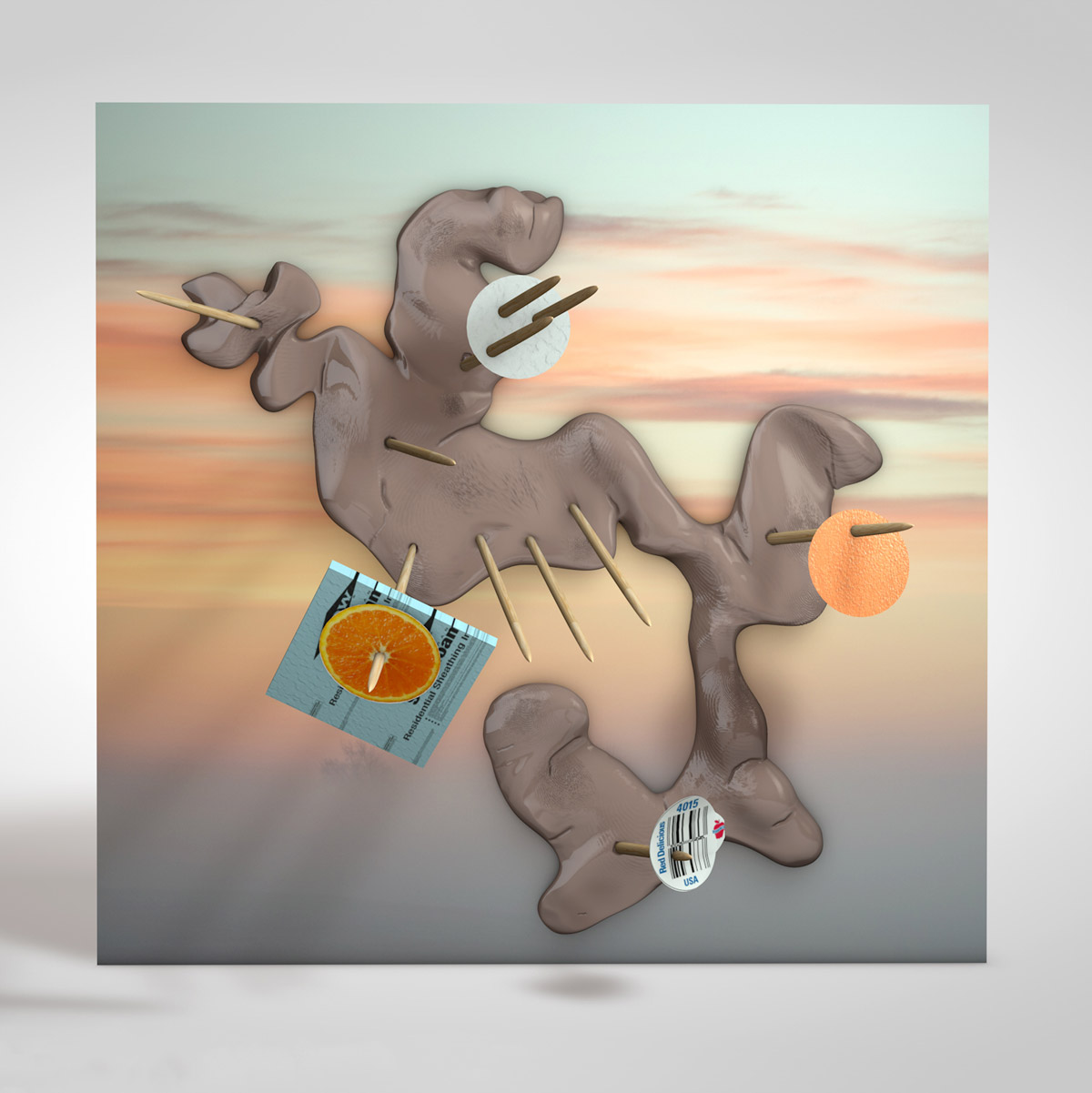 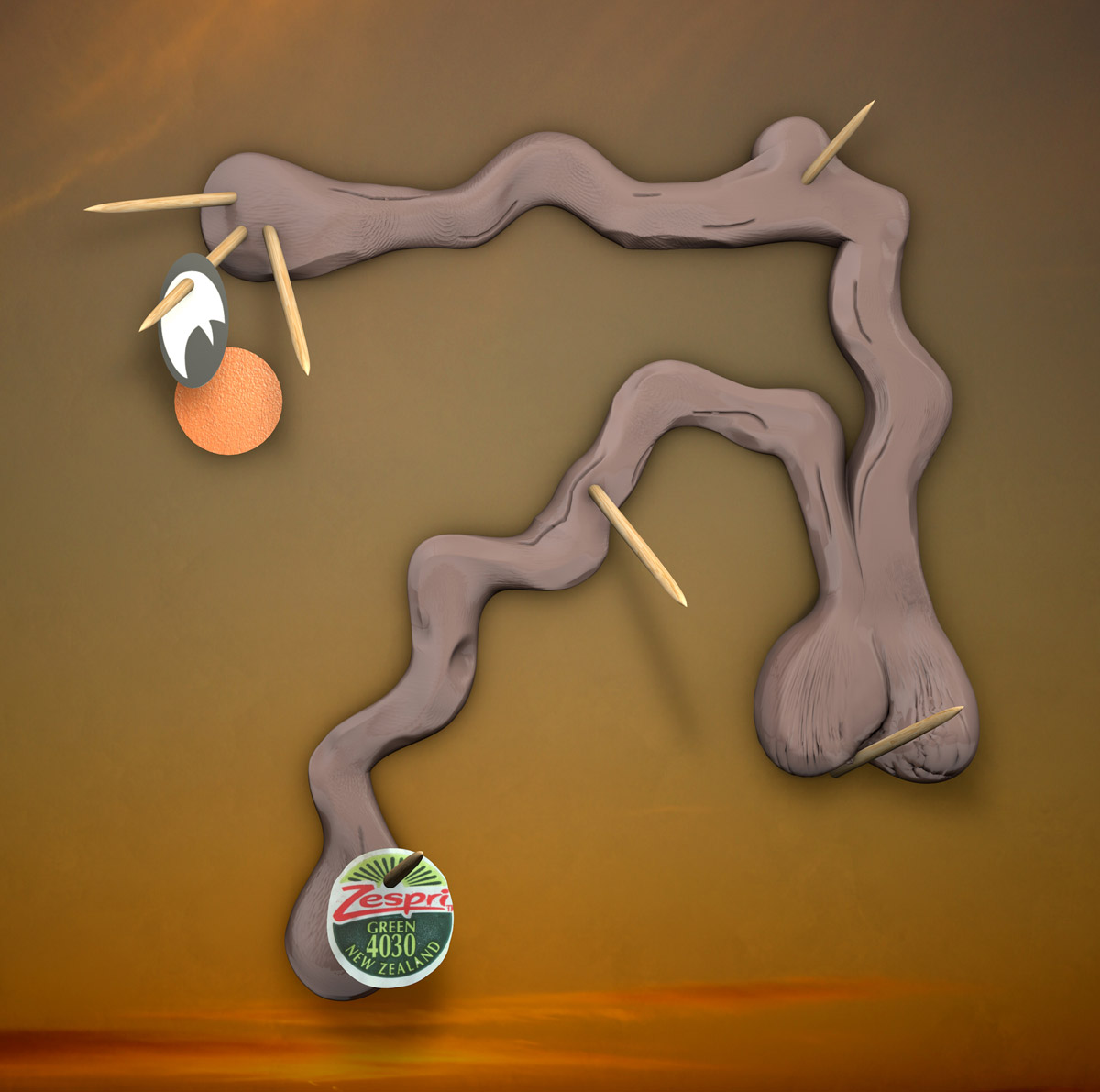 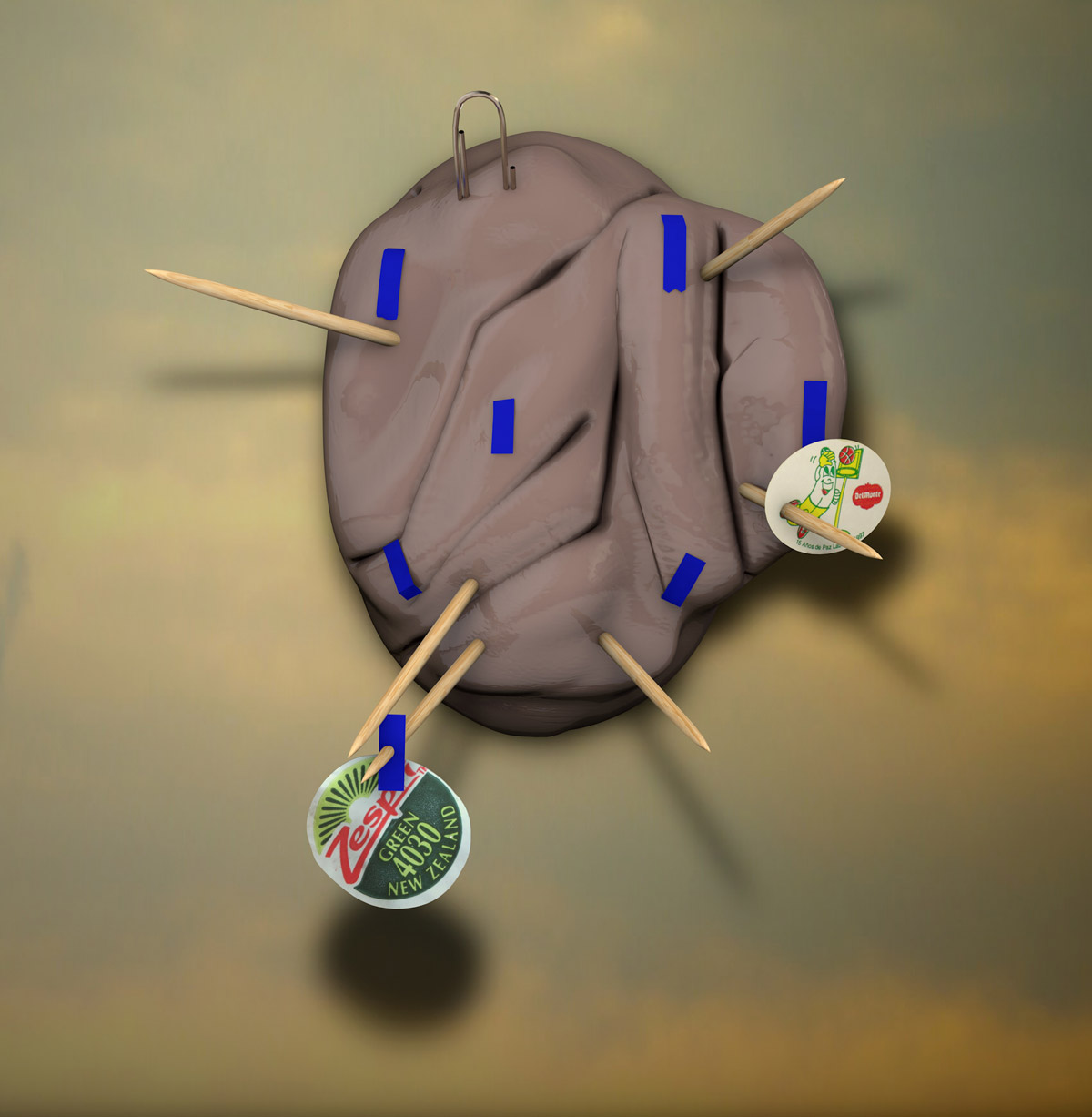 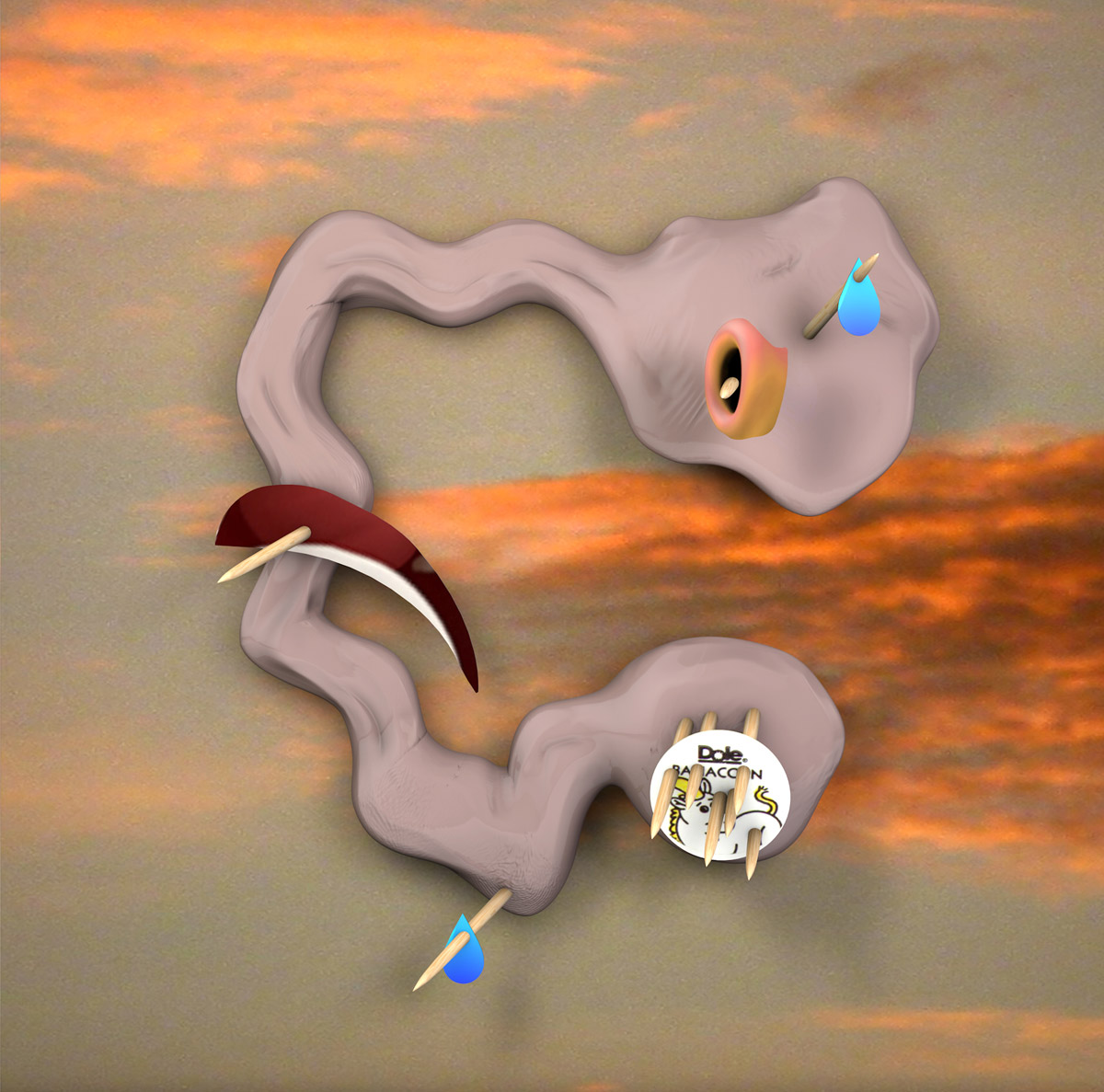 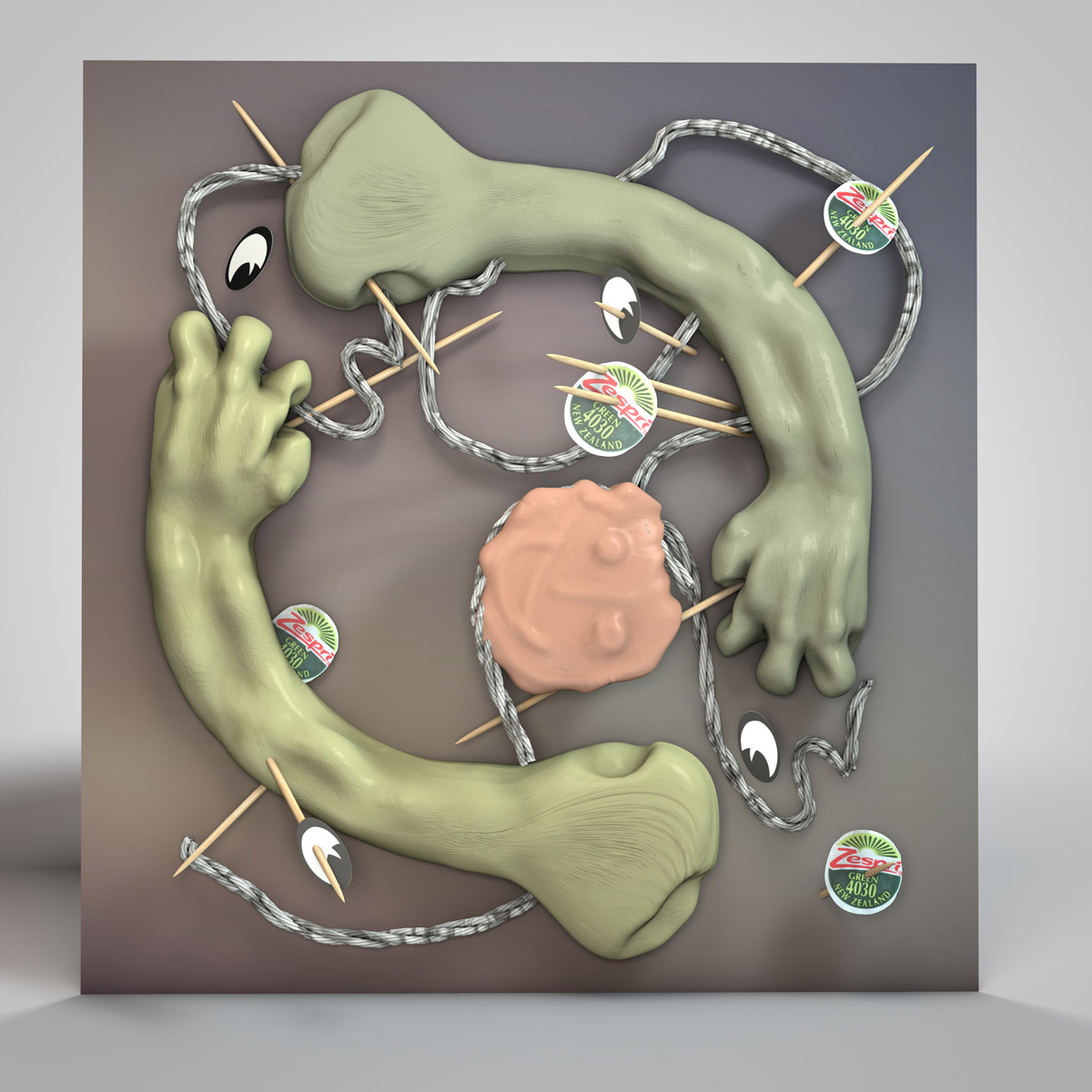 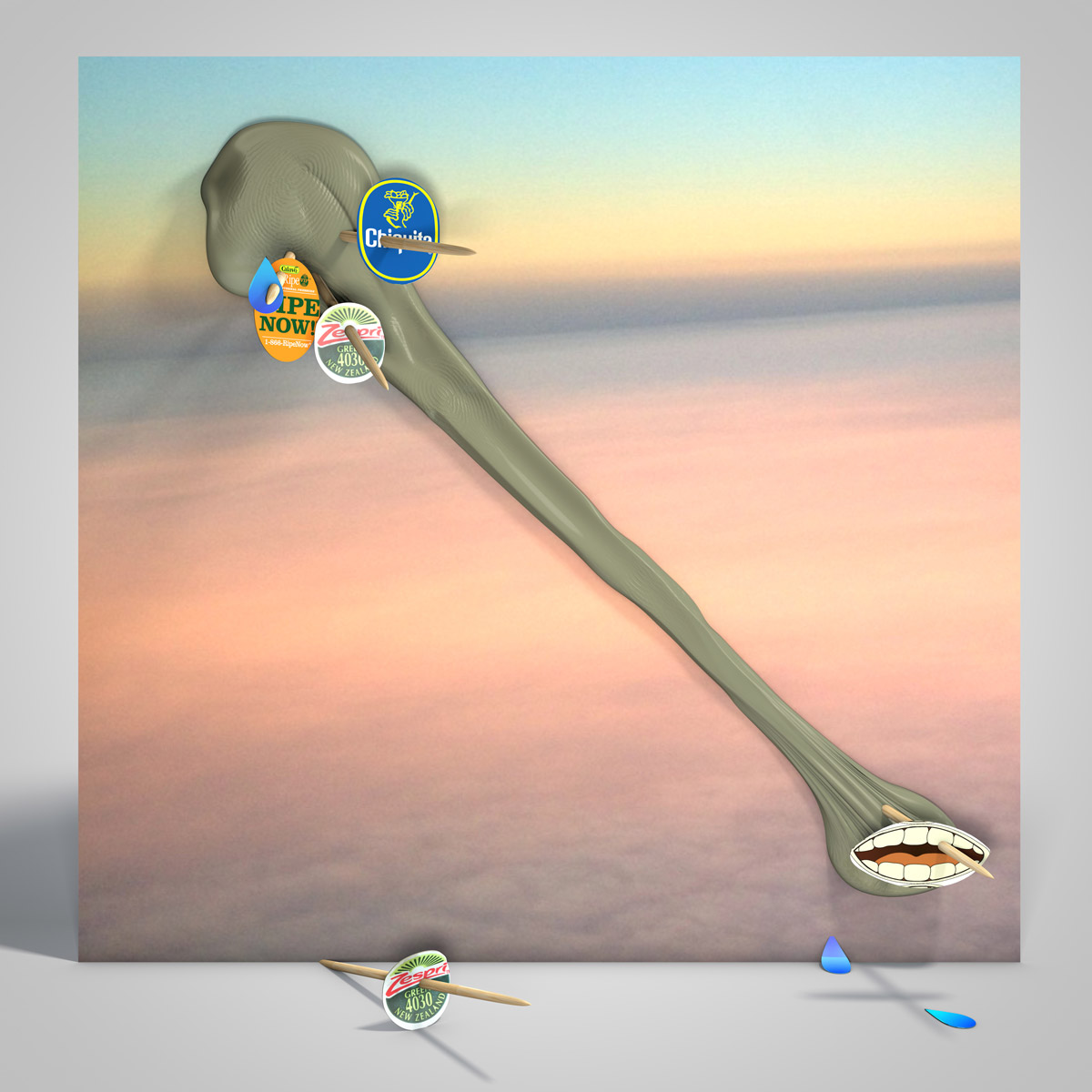 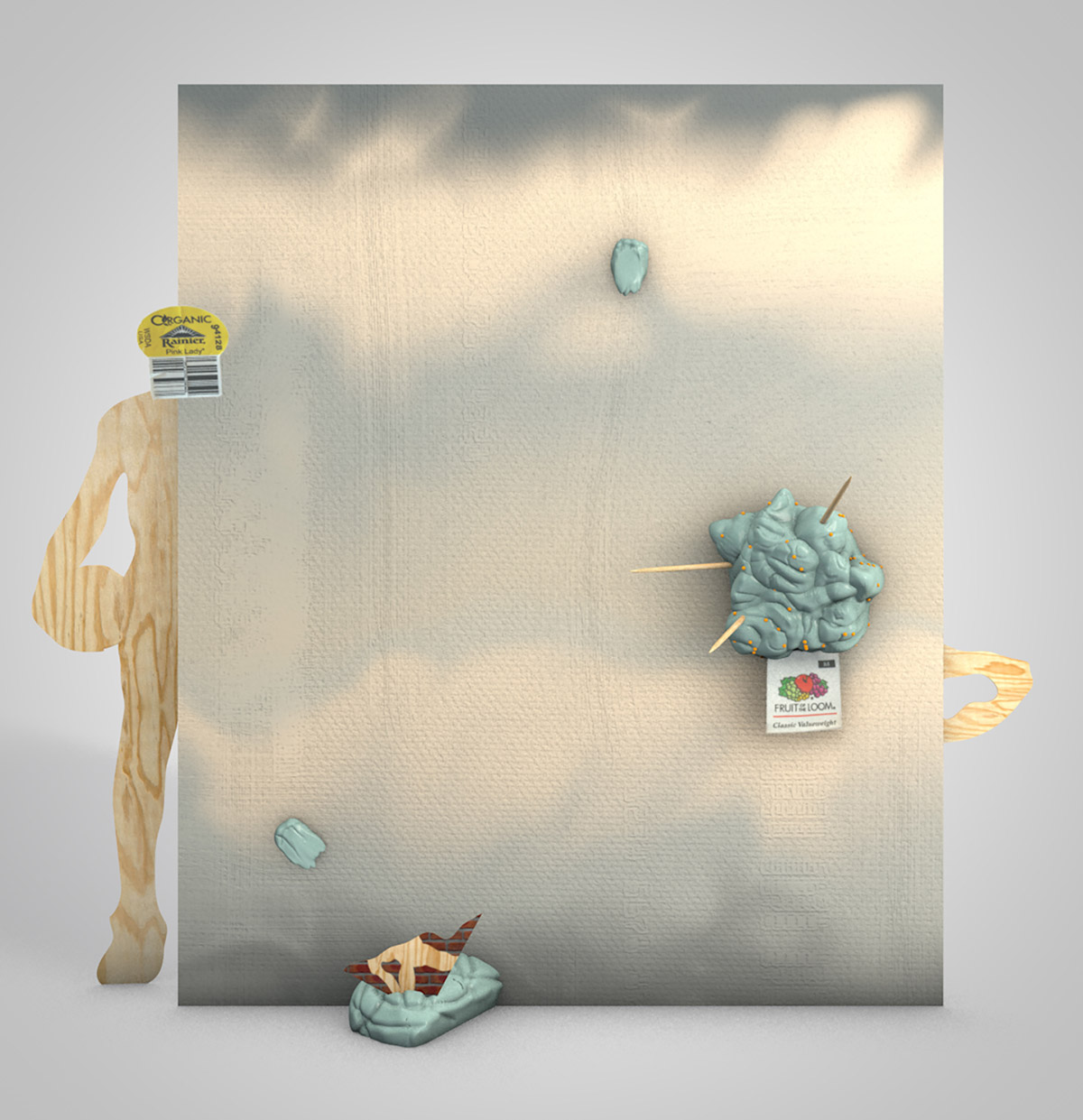 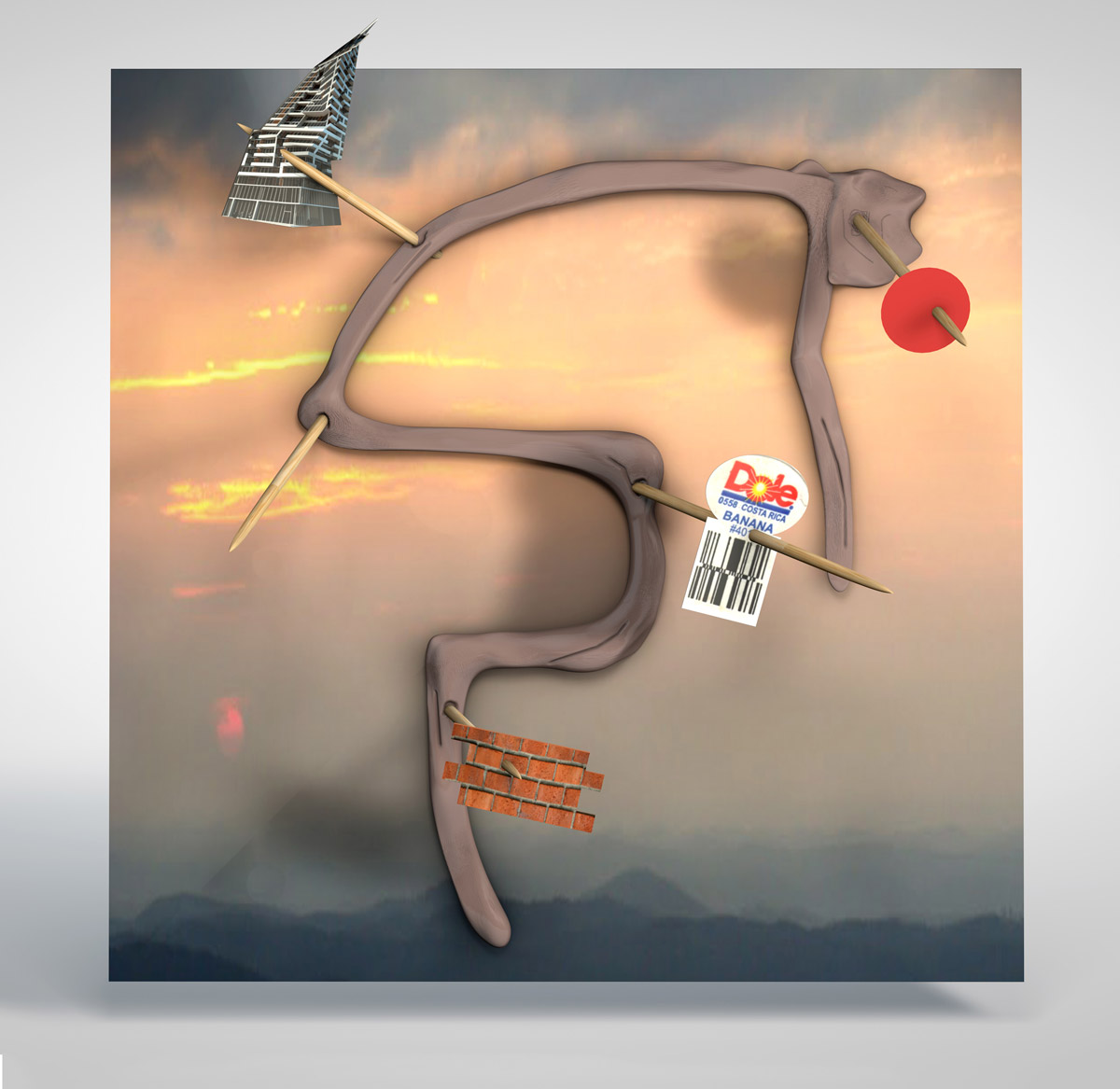