As part of our on-going partnership with STORYHIVE, a platform which supports BC and Alberta-based creators, we reached out to cinematographer Jeremy Cox to discuss his approach to photography and specifically his beautiful work on the short documentary series, In Chinatown. Helmed by first-time director Stephanie Chong, the films examine a rapidly changing neighbourhood in Vancouver through portraits of various residents.

Jeff Hamada: What were you like as a kid?

Jeremy Cox: As a kid I always had an appetite for problem solving. I was also quite shy. The internal aspects of problem solving served as a great outlet. My parents were very into black and white photography so there was often film paraphernalia around the house. I think it was from a very early age I knew it was something I wanted to understand and be able to work with. I was really into action sports growing up which, looking back, acted as a excellent subject for learning different techniques.

JH: How are you the same and how are you different now?

JC: Well, I still love problem solving but am definitely less shy. I think that a big part of this comes from being a part of such a great filmmaking community that exists in Vancouver. I am grateful to have the outlet of cinematography as a keystone for my daily routine.

JH: So you came from a creative family?

JC: Yes, my dad was a cinematographer while my family lived in Australia. He specialised in Motion Control Photography which I always thought was very cool. Having spent the first 4 years of my life there I compare memories of Australia to a dream like response that can be found in cinema. This period of my life is difficult to recall but exists through composed memories. This relationship to memory has many parallels to the way reality and memory is made up within film.

JH: I love that. When did you first pick up a camera? And did you feel an instant connection?

JC: I first picked up a camera during high school. It carried a lot of potential but was riddled with technicalities. The exploration of its limitations and capabilities became a instant draw just as much as the implications of different styles of shooting. This combination of visual form and physical function always drew me in. I love how with photography there is a macro world and a micro world. The macro being what the image is and the micro being the internal settings.

JH: It sounds like you have a very analytical mind. Can you remember one of the first images you captured that you were really pleased with?

JC: This is a great question. I think that this image came from a trip to Memphis, TN. The image was a portrait of a man also named Jeremy standing in front of his ‘lifted’ SUV. I realized while taking this image the weight that the subject can hold in a frame. This was a big shift in allowing the subject to inform the composition. Previously my focus was very ‘landscape’ driven, the notion of framing for a primary subject was always less exciting. I am always charmed when images can exist as a milestone for visual growth. I think from this point on I began to see the beauty and simplicity that a portrait can provide.

JH: I know you’ve worked with Norm Li, has he been a mentor for you?

JC: Having the opportunity to work with Norm has been an incredible source of inspiration. Camera assisting has provided a excellent opportunity to learn and soak up different approaches to filmmaking. Working with Norm on Kathleen Hepburn’s feature Never Steady Never Still was a transformative experience that evoked a certainty in my relationship with cinematography. I commend Norm’s approach to filmmaking and his way of being on and off set. 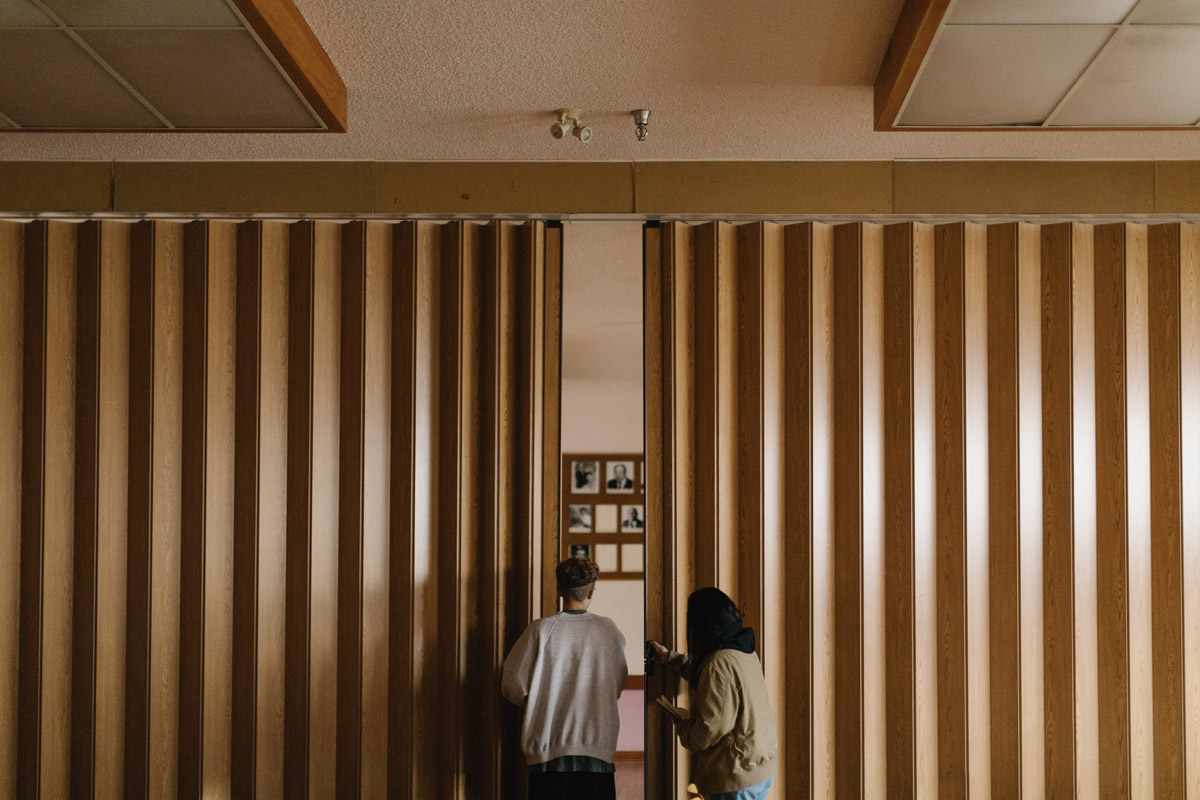 JH: How would you describe your style as a cinematographer?

JC: My approach to cinematography is inspired by the traditions of realism. It is important to me to eliminate barriers between subject and audience. Finding the most immediate line of sight to the narrative has always been my interest. With this being said I am also fascinated with ways realism can be punctured. It is interesting when structure is created for the purpose of being broken down.

JH: Are you confident that you’ve found your voice or is that still a work in progress?

I am confident I know where my voice is. I feel like it is set in the GPS with an ETA of 12 minutes. Perhaps there will be some unexpected traffic along the way. I think what I struggle with currently is finding implications of this voice. It is important to me that my ‘voice’ does not override or get stifled within the parameters of a project. Finding ways to constructively include your voice in a project is an ongoing conversation I have. 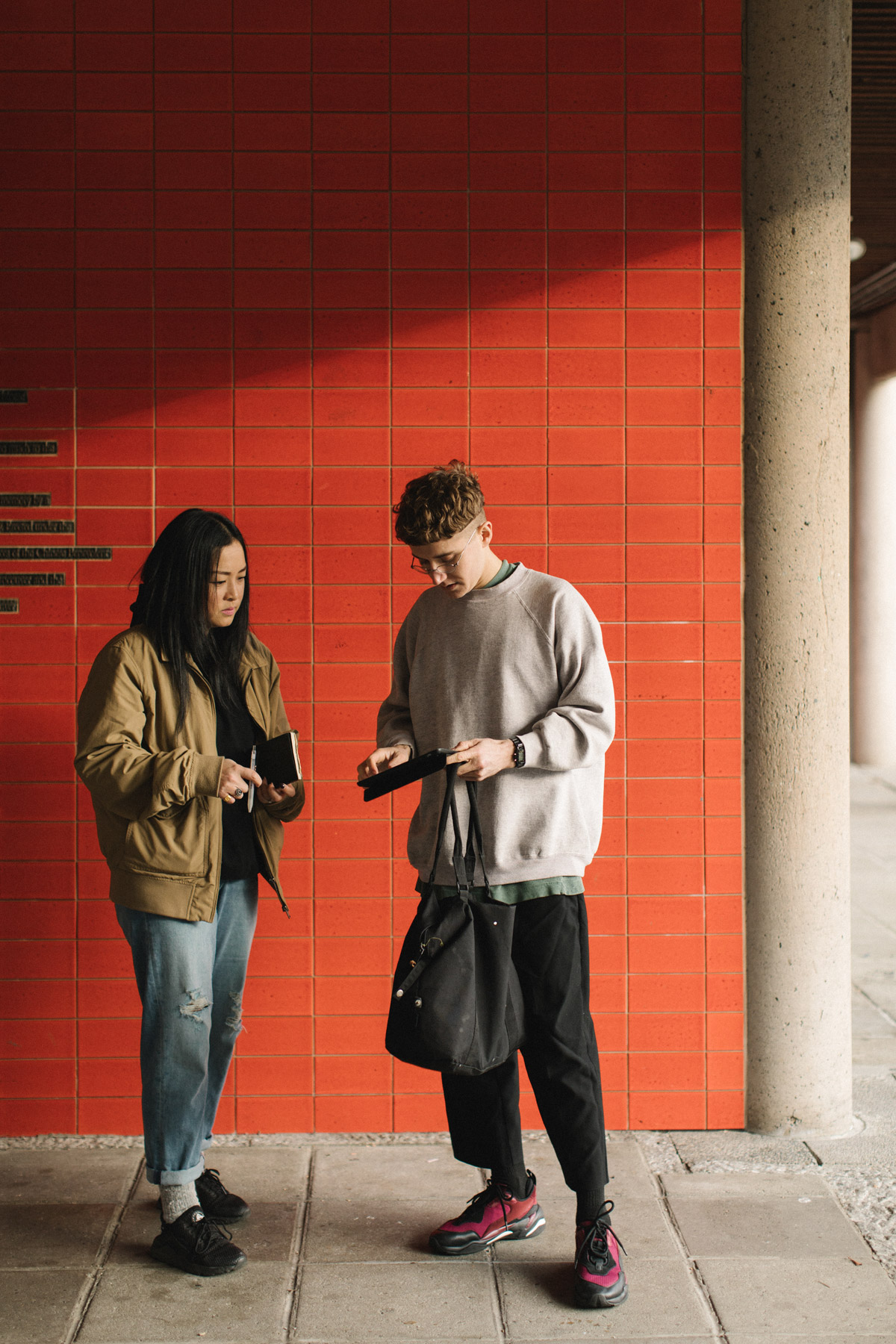 JH: Let’s talk about working with director Stephanie Chong on In Chinatown. What was her original pitch to you?

JC: I was initially introduced to the project through Jean Parsons and Jenn Chiu. This brought me to the first meeting, where Stephanie described the intent of the project was to not necessarily have a positive or negative stance but to have a place for open discussion. I was immediately interested as at the time I was living (and am still) in Strathcona. The project seemed like a great way to understand the neighbourhood and to contribute to the discussion within Chinatown.

Working with Stephanie was a wonderful experience. From very early on I felt we had a clear understanding of what we wanted to achieve visually. One of our bigger discussions was about the use of static versus handheld shots. I have always been conscious of mixing the two. It was great during this project to lean into the diversity and contrast of the two camera movements.

One of my favorite aspects of the project was getting to develop relationships within the community. Stephanie was a wonderful host to the many nuances of Chinatown. It was great to see her relationships throughout chinatown grow alongside the film. One often informed the other and vice versa. 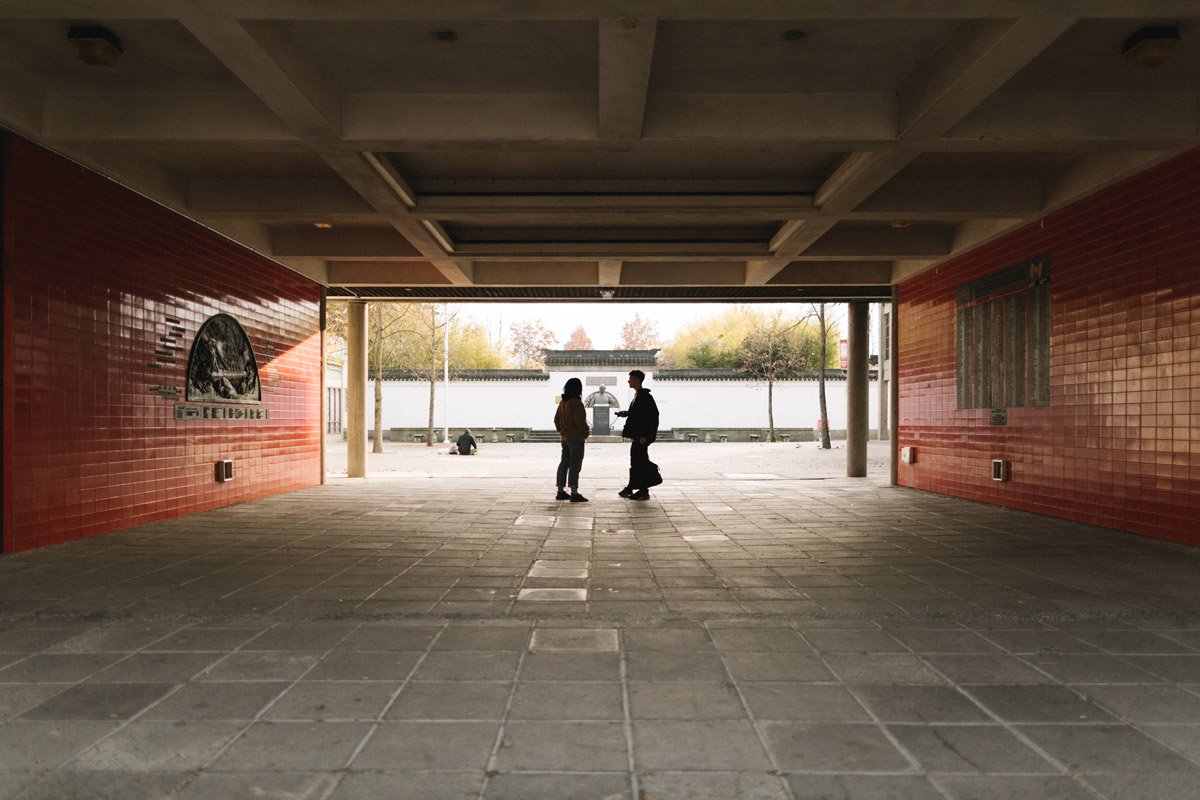 JH: I mentioned to you before that I was hoping this interview could also serve as a resource for aspiring cinematographers. Can you share some cinematography tips using examples from In Chinatown?

1) It is really important to listen to what is needed for each project. Only after understanding what is required is it appropriate to bring in your own ideas.

2) When composing, I always ask myself what the focal point is. In most cases there should always be a primary point of reference that your eye is taken to. From here it can travel to secondary and tertiary points of reference but it is important to me that there is a clear distinction between primary and secondary.

3) I love thinking of ways to rethink a shot or scene in the moment of shooting.  Once you have the camera setup and ready to go it is a great exercise to critically look at the image and think about what would take it to the next level.  Even if it is inappropriate to suggest this before rolling it often can inform the next shot or a scene to follow. Often this thought does not come up until the 2nd or 3rd take but having it and taking note is always important!  There was great moment when we were filming atmospheric shots during the last day of shooting. Jean and Jenn had a great note of finding ways to distort the atmospheric shots. Having filmed a majority of the documentary in a very clean way the introduction of distortion was a breath of fresh air.  That evening we did a lot of shots with a telephoto lens looking onto the reflections of vehicles. The combination of telephoto optics and a ‘fisheye’ distortion from the curved glass was great!

4) I always carry a small spirit level.  I use this to make sure the tilt of the camera is perfectly flat.  I find that when composing in a chaotic space, grounding the verticals of the frame allows a busy frame to become more digestible.

5) It is important to let the location or neighbourhood inform your decisions.  Chinatown given its proximity to the Downtown Eastside embraces a lot of chaos.  Finding ways to identify themes or movements within a neighbourhood or community is very important to me. In Chinatown, we shot a series of business portraits that incorporated neighbouring businesses along the edges.  Including peripheral information to me suggests a presence outside of the frame. In Chinatown, this presence often comes along with the erosion of tradition.

JH: What filmmakers are exciting you these days?

I am very interested in films that create a hyper real space. Once established, the nuances of realities have the possibility to become surreal. When this transcendence is motivated by something in reality without the aid of special effects or set builds, I immediately fall in love. I love these three films because they create a surreal space out of reality. 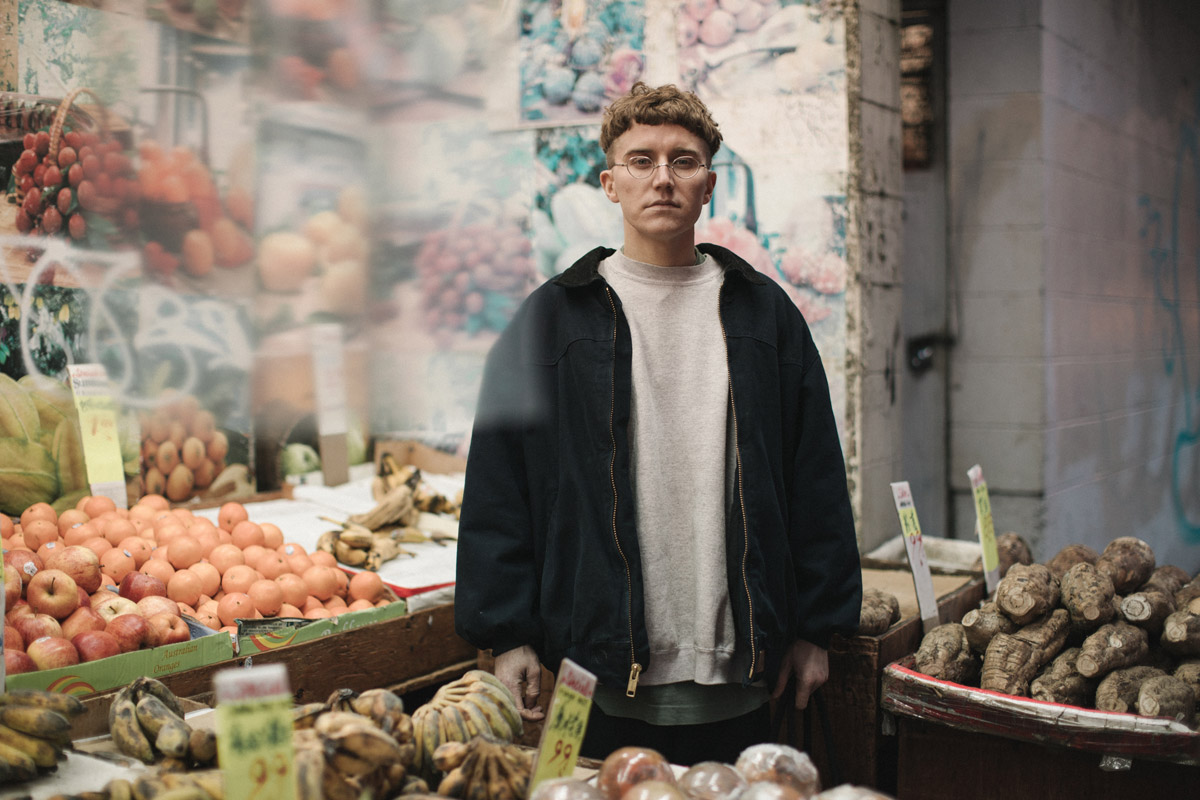 JH: What’s one thing you’d like to accomplish in the next year or so?

JC: I would love to shoot another feature!

JH: And what about in your lifetime?

JC: I like to think that my pursuit of cinematography will be a lifetime endeavour. I am enamoured by its endlessness. In the spirit of change and diversity I would be interested in exploring aspects of woodwork and metal work, specifically focusing on lighting design. It would be a treat to create unique light sources to be incorporated into a narrative or visual world.