As part of our ongoing partnership with STORYHIVE — a platform which supports BC and Alberta-based creators — we interviewed Vancouver-based animator Daniel Beaulieu about his imaginative short film, “Boreal Tales”, which was released in regular format as well as 360. The film explores the relationship between two sisters and a small town community struggling to deal with change. If you’d like to check out other filmmakers we’ve profiled in this series check them out here.

Jeff Hamada: What’s it like having a twin sister? Do you have that special connection I always hear about where you can communicate without talking and you know when they’re in trouble?

Daniel Beaulieu: Haha, Unless you’re a twin I don’t think you’d know how often that question is brought up. No psychic connections, but growing up with a twin was amazing! Expectedly because we were both into similar things, like animation and games, so there was always someone around that I could relate to and hangout with. Siblings are a big part of a lot of my work, and I think that comes through especially in “Boreal Tales.”

JH: You’re living in Vancouver now, but you didn’t grow up here. Tell me three things about Saskatchewan that most people don’t know!

DB: Yes I spent most of my childhood in the small northern Saskatchewan city of Meadow Lake. It was such a beautiful place to grow up. I think there is this assumption that you have to go to the territories to get a good view of the Northern Lights, but there were a lot of winter nights I could see them clear as you could want, from my backyard! It’s something that always surprises people when I tell them.

Another aspect of my home province that I think is overlooked is the art. Saskatchewan has an unbelievable art scene. I lived in Regina for 7 years going to university and working. While I was there I saw the most amazing showings of my life and met so many great artists that I still collaborate with. Actually GUIDEWIRE, who did all the music for Boreal was a co-worker of mine when we both worked at an audio production studio in Regina. 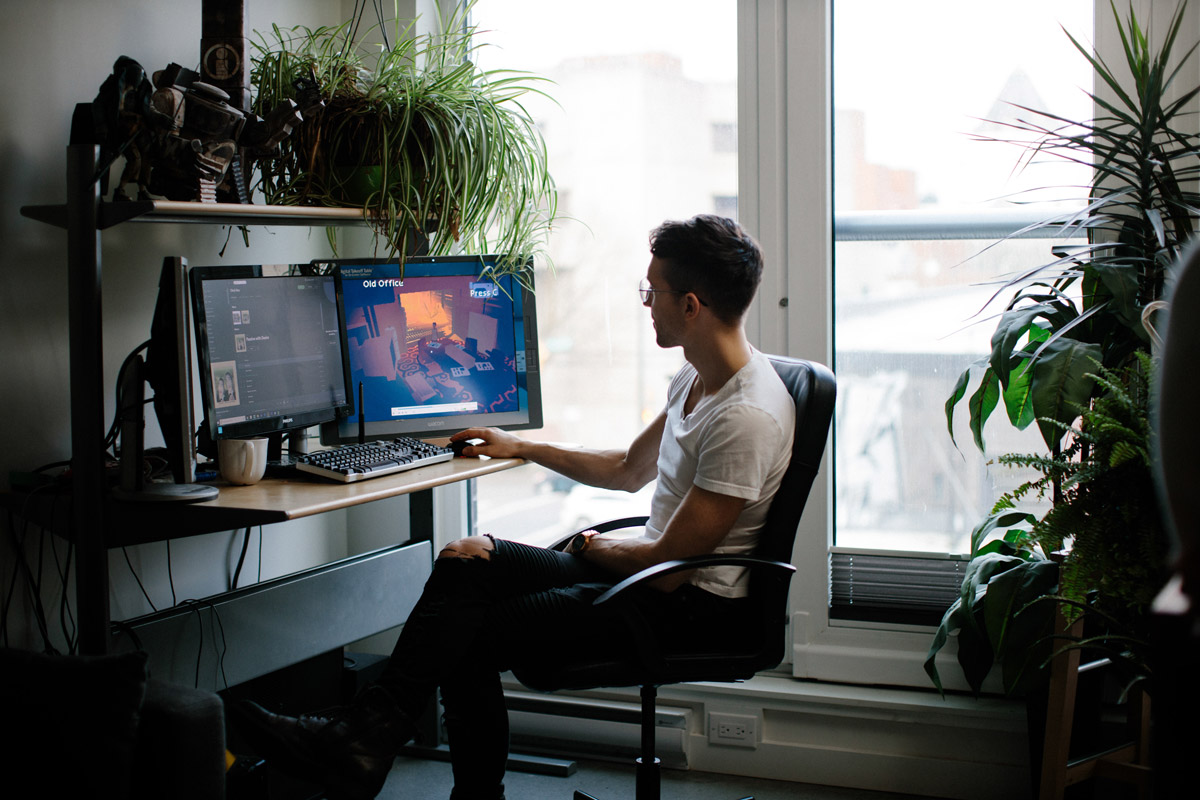 JH: What’s been the biggest adjustment for you living here now?

DB: Is it cliche to say the rent? haha. When I was living in Regina with someone our apartment was 525$ a month, split between us! So the housing here was a tough pill to swallow. Other then that I would say just the pace of everything. It feels like Vancouver is always running at a breakneck pace. I’ve been here for 6 years now and I’m still trying to catch my breath haha.

"The aura of Hudson Bay... especially in my last few years there, has always stayed with me."

JH: Let’s talk about your film “Boreal Tales.” I’m gonna assume there’s at least some of your hometown in there — can you share where the story came from?

DB: Yeah for sure. Before we moved to Meadow Lake my family lived in an even smaller town called Hudson Bay. The local pulp mill was their economic linchpin so its closure marked a defining moment in the community. Jobs became scarce, opportunities began to drain away, it felt like the entire town changed overnight. Everyone was scared, contemplating the future of their community. What had worked in the past, for generations, was now in flux and the town was at a crossroads.

My family was forced to leave. We moved to Meadow Lake — a slightly larger town 300 km north of Saskatoon — where my family has lived ever since. The aura of Hudson Bay however, especially in my last few years there, has always stayed with me.

DB: That experience was the main inspiration for the external conflict of “Boreal Tales.” I wanted to capture that vibe in the animation. How does a small community survive in an increasingly urbanized world? Can it grow while still retaining its soul and sense of identity? And how does this all affect the inhabitants? Can denizens who’ve lived there for generations accept this change? Do adolescents growing up there have to choose between their home and their dreams? These are sort of the questions that I was thinking about while making “Boreal Tales.”

Alongside that external conflict is more internal, personal one. That is the interactions between the character of Bree and Sarah, her younger sister. The growing pains in their relationship and the guilt that Bree feels about the past were more inspired from my co-writer Lex Sugden’s and my personal lives.

JH: What were some of the main visual references?

DB: There were so many different references for the visuals of this one. The comic Tekkonkinkreet by Taiyō Matsumoto was a major one we looked to when designing the characters. He has a really unique way of drawing elbows that I love! The art of Eran Hilleli for sure, David O’Reilly of course… and a lot of the animations of Studio 4C.

For the colour palette we actually took some of our favourite photos of rural towns and put them through this algorithm that derived colour schemes from the photos. Having a shared Google drive was a great asset for this project, if any of the animators came across something that inspired them, they just put it up on the drive. So it sort of became a collage of inspiration we were all adding to.

"Legend of Zelda: Link's Awakening ... That game is a huge influence on pretty much all the art I do."

JH: I love that low poly aesthetic. It reminds me of a video game I used to play called Jet Set Radio. What are some of your all-time favourite video games?

I just read an interview where they were talking with the game’s director Takashi Tezuka and he was saying that while making it they were all watching Twin Peaks so that show was a huge influence on how the game turned out. Here’s a quote:

“…Was talking about fashioning Link’s Awakening with a feel that’s somewhat like Twin Peaks. At the time, Twin Peaks was rather popular. The drama was all about a small number of characters in a small town. So I wanted to make something like that, while it would be small enough in scope to easily understand, it would have deep and distinctive characteristics.”

After reading that it all made so much sense to me.

JH: I fully did a double take when I saw your phone the other day! I’d never seen anything like it, tell me a bit about it! What is it?

DB: It’s a good conversation starter, It’s a modded Blackberry KEYone that I removed the QWERTY keyboard from and installed a gamepad. I like to game-on-the go sometimes, but I also like to travel light so… had to get creative.

JH: I need one so I can play Chrono Trigger! Tell me about your Radiohead cover band. Who’s in it and do you guys have a very witty name?

DB: Ahh yeah, that was back in Regina. We were called My Iron Lung — haha not really witty or anything, just one of their old song names. There was a Lutheran Residence at the university that I lived in for 4 years, and some of the residents there would play music during the Sunday services. After everyone left the chapel we would always keep jamming, playing covers, very casual stuff. We started playing a lot of Radiohead and decided to make a band. It was a lot of fun! 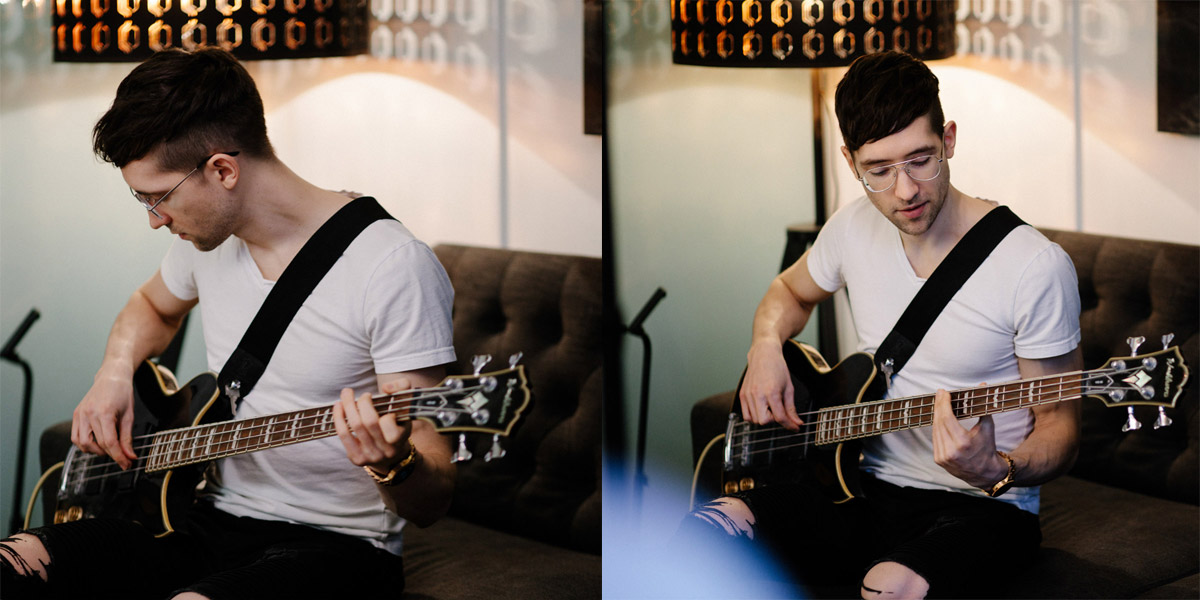 JH: I think you’re the first person I’ve ever heard choose Hail to the Thief as their favourite Radiohead album. Convince me it’s the best.

DB: Well I think there’s a difference between the best album and my fav haha. Hail to the Thief is definitely the black sheep of the Radiohead family but I feel like they were doing so much weird experimental stuff on that record. It has the most tracks of any of their albums so I think they allowed themselves to really go out on a limb on a few.

It’s their most political record and you can really hear that on tracks like ‘Sit down. Stand up’ or ‘A Wolf at the door’. There’s the constant beautiful time changes on ‘Sail to the moon’, and I think ‘Myxomatosis’ is the closest we will ever get to Radiohead doing metal… and it just rocks so hard! It’s got the electronic elements of Kid A and Amnesiac but also sort of throws back to some of their earlier alternative stuff. I can hear a lot of The Bends being reflected on this record.

I don’t know Jeff, it’s the album I keep coming back to and hearing things for the first time, I love it! Haha 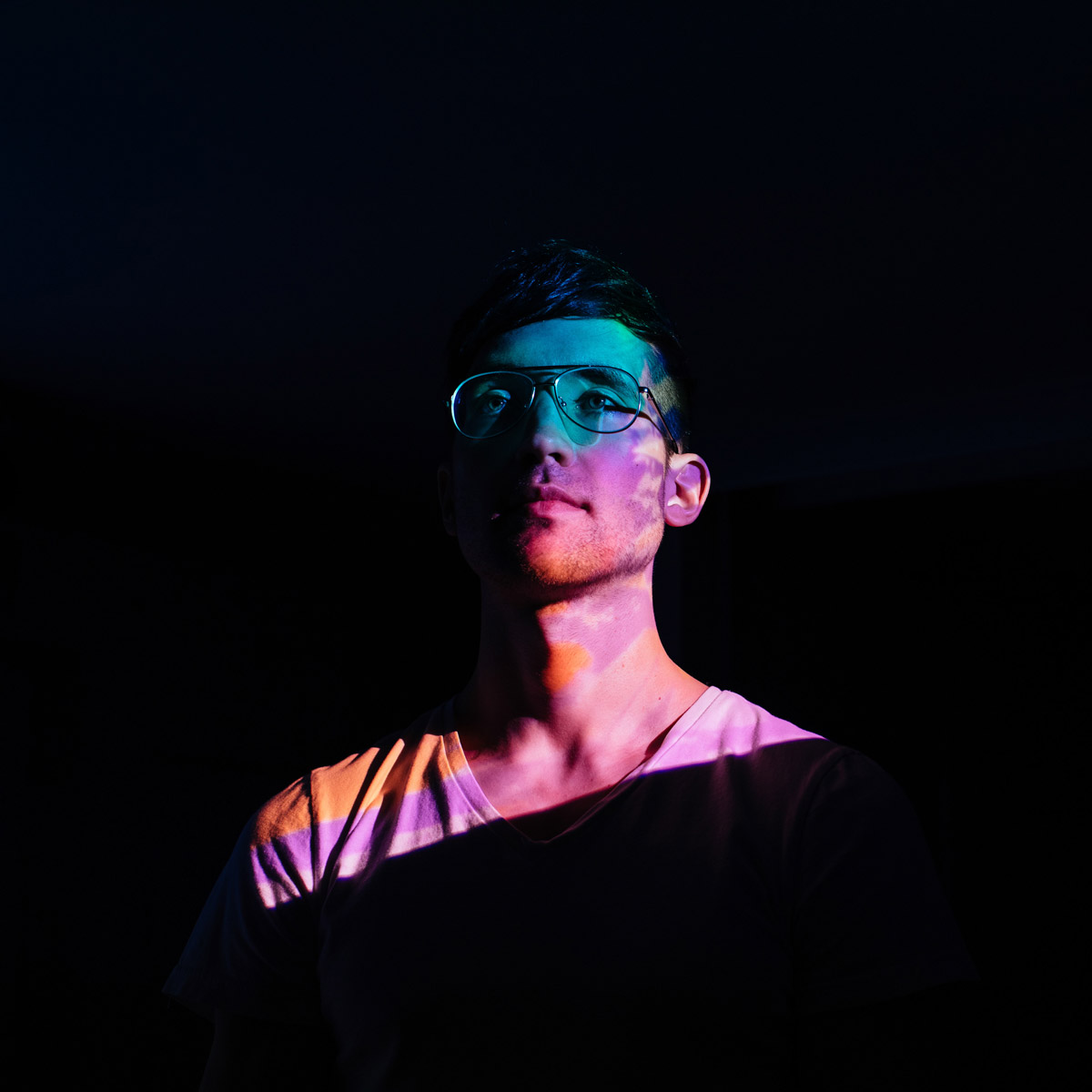 JH: I always really loved ‘A Punch Up At a Wedding’, this makes me wanna go listen to the album now. You mentioned to me just before we left your apartment that you might like to revisit “Boreal Tales”, maybe continue exploring the story in some way?

DB: Yeah! It’s one of those stories that I feel like I can’t get out of my head. I keep coming back and adding to. There are a lot of characters we had written that you never get to see because time, budget, and everything else. So hopefully in the near future I’ll return to it!

JH: I know you’re very busy working on top secret projects at the studio you work at, when you do get some time, what do you think your next personal project might be?

DB: Lately I’ve really gotten into the process of creating a video game, learning unity, game logic. That sort of thing. That whole form of media is something that is super exciting to me! I touched on it to create the 360 portion on “Boreal Tales” for Storyhive. But I want to take that much further. So I think my next project is Boreal Tales: the video game! 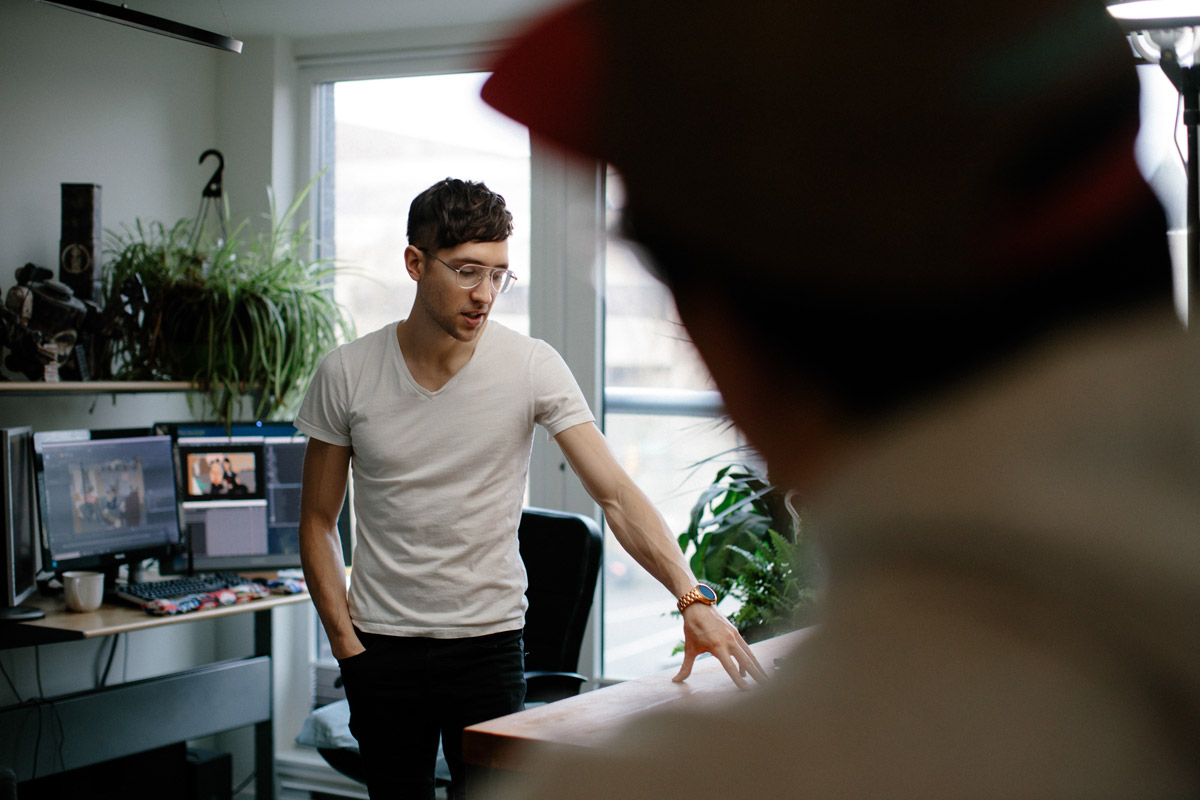 JH: I still think you should have a side business modding people’s phones for them! Maybe we can end this with a Radiohead song lyric?

DB: Thanks Jeff! Maybe once I’m finished with this whole “Boreal Tales” journey, that can be the next project. For the lyric, I really like Thom’s melody on Airbag with: “In an interstellar burst/ I am back to save the universe”

Thanks for the interview!