A selection of recent paintings by Los Angeles-based artist Molly Greene. Taking on the subject of hair (specifically brown hair), Greene is interested in the way hair is both of the body and separate from it — lending itself toward slippages and reworkings. While acknowledging its connection with the objectification of fem bodies, in Greene’s work hair isn’t just a passive symbol or surrogate but something made active, and animated to express her own feelings of excess and confinement. As Greene explains further:

“Brown hair is one of the most familiar materials in my life. Most of the people I love are covered in brown hair. I touch and braid and tie up and take down my own brown hair many times a day. I became interested in the project of making this deeply familiar material seem alien or strange and in how that process of defamiliarization might alter my perception of it/myself. This has been a way to think more broadly about the relationship between intimacy and alienation and the potential for movement between categories…

I see these paintings as proposals for a set of absurd mutations that attempt to locate the partitions that have been installed between what is natural and what is unnatural. Sometimes they are distortions of an individual form but often they are relational mutations, like plants and hair behaving or interacting in anomalous ways. I’m not interested in a teleological idea of mutation, or in mutations that serve a particular moral or ecological goal. Rather, I’m interested in distortions of these various proxies for nature that call into question the assumed naturalness of the original.” 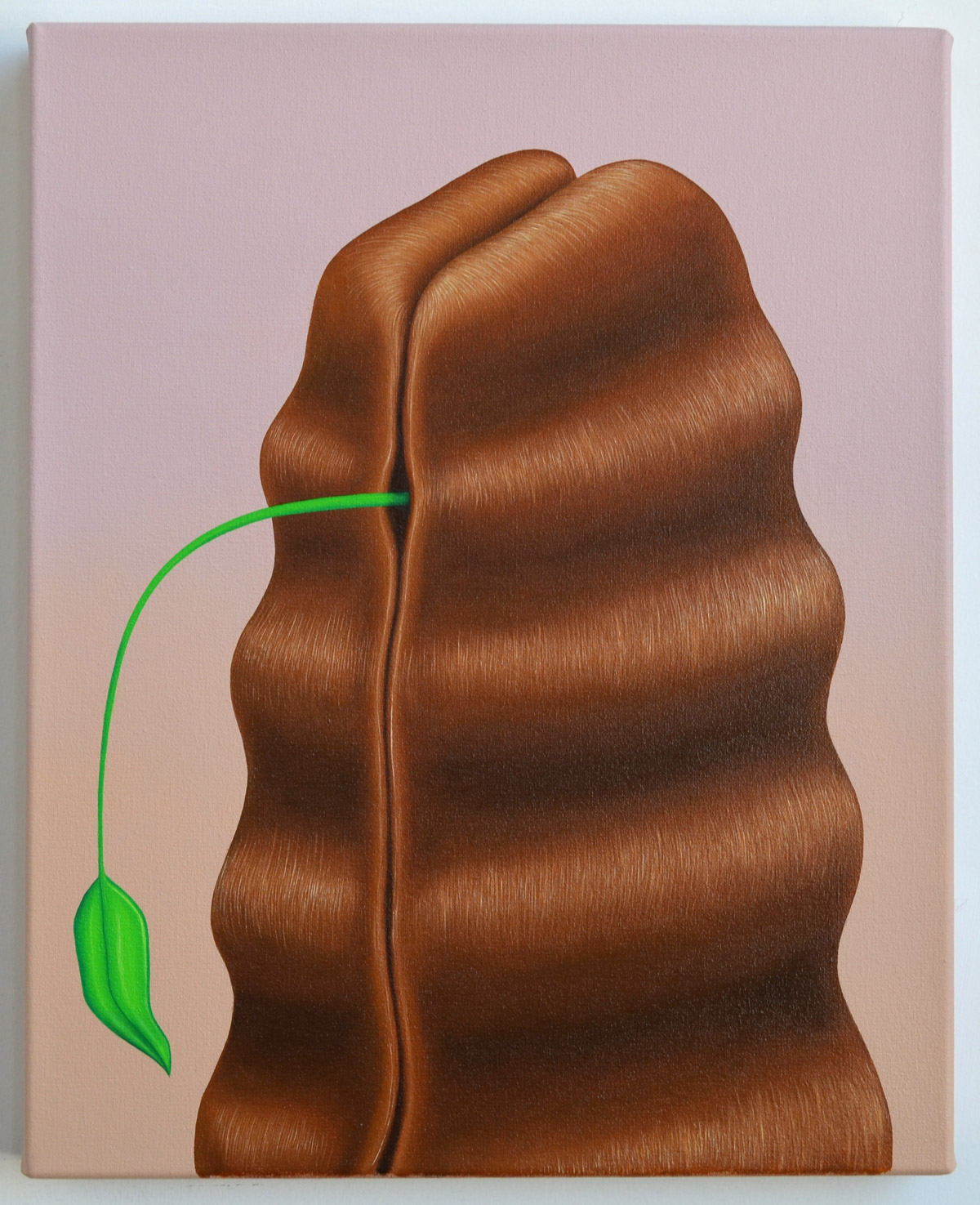 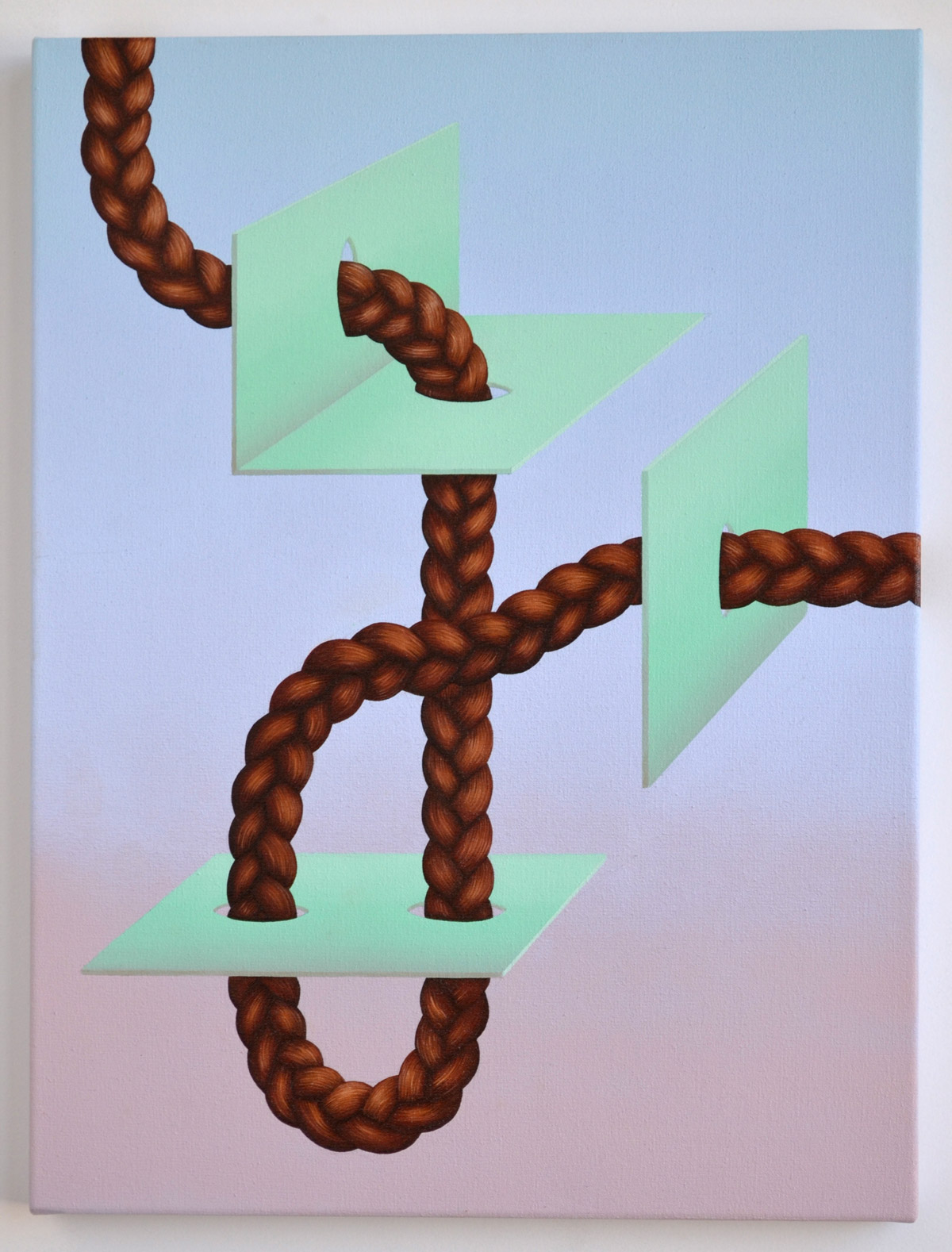 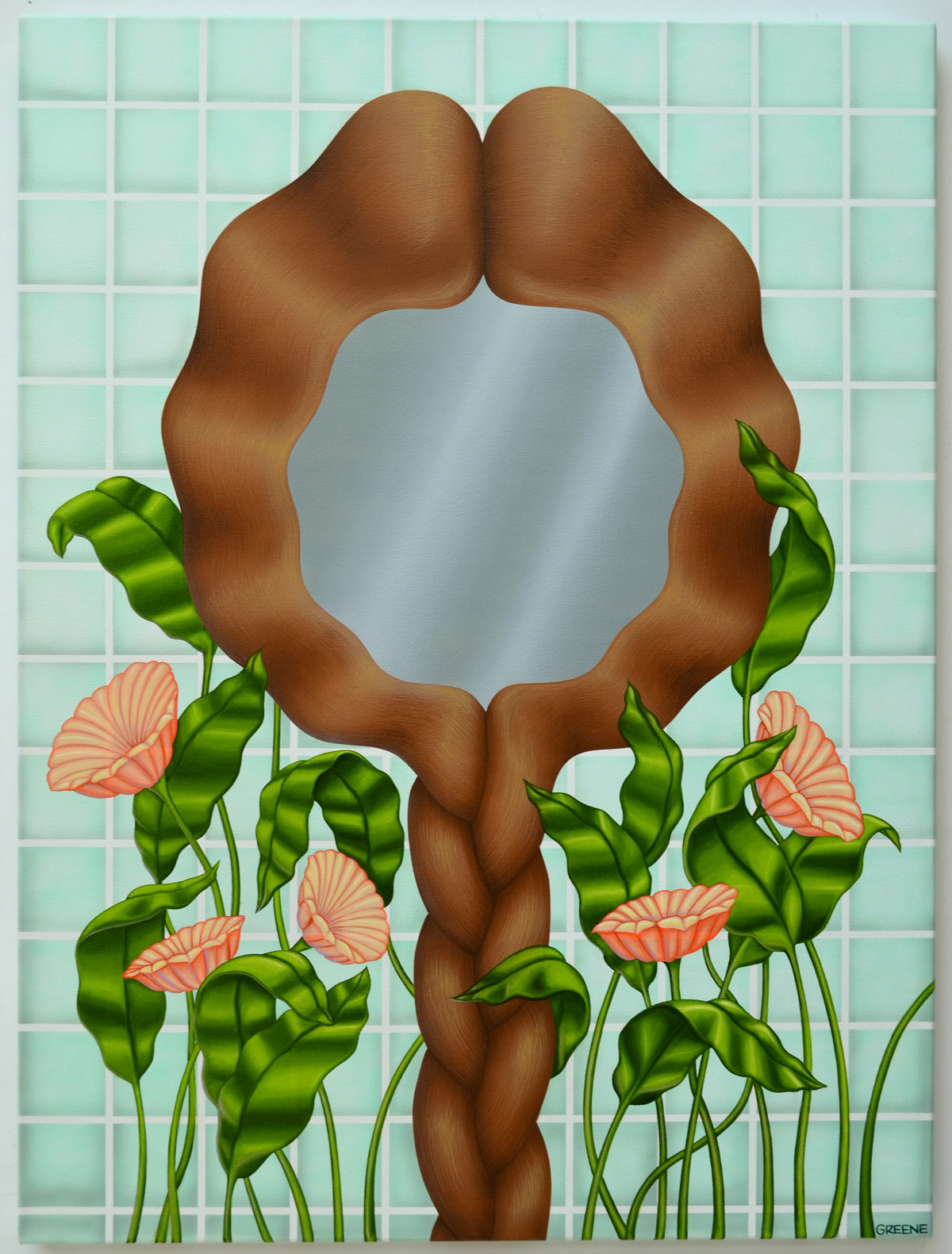 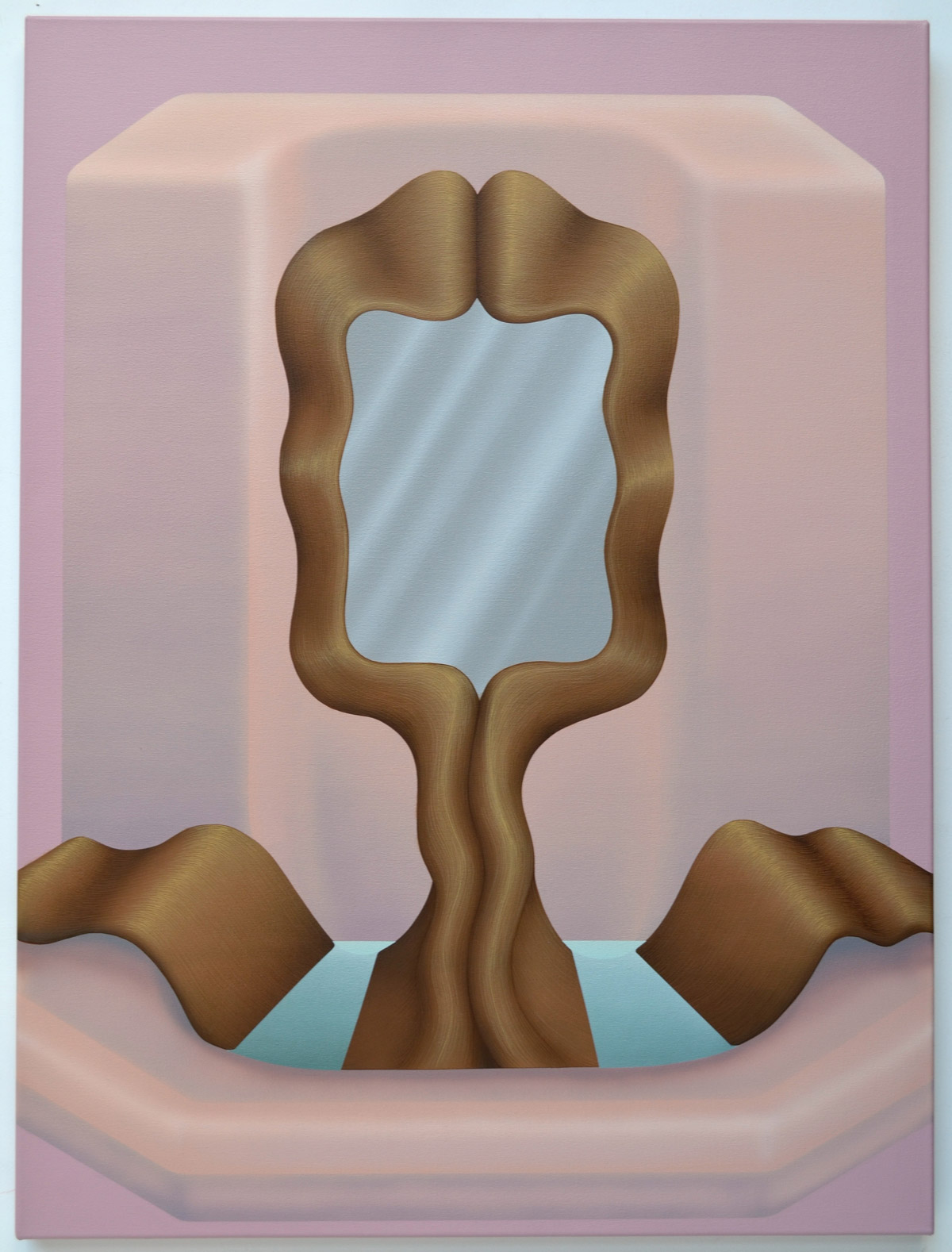 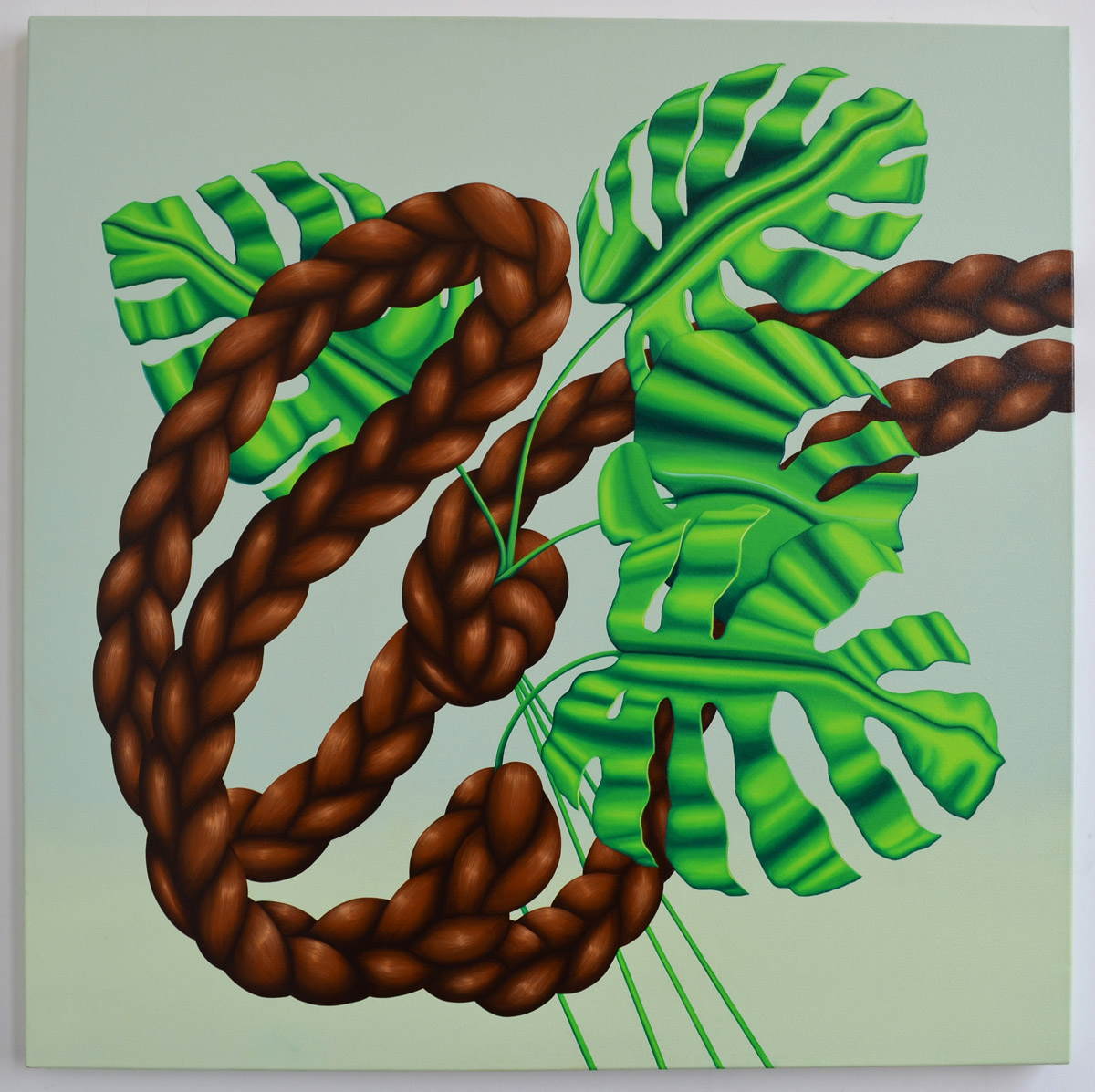 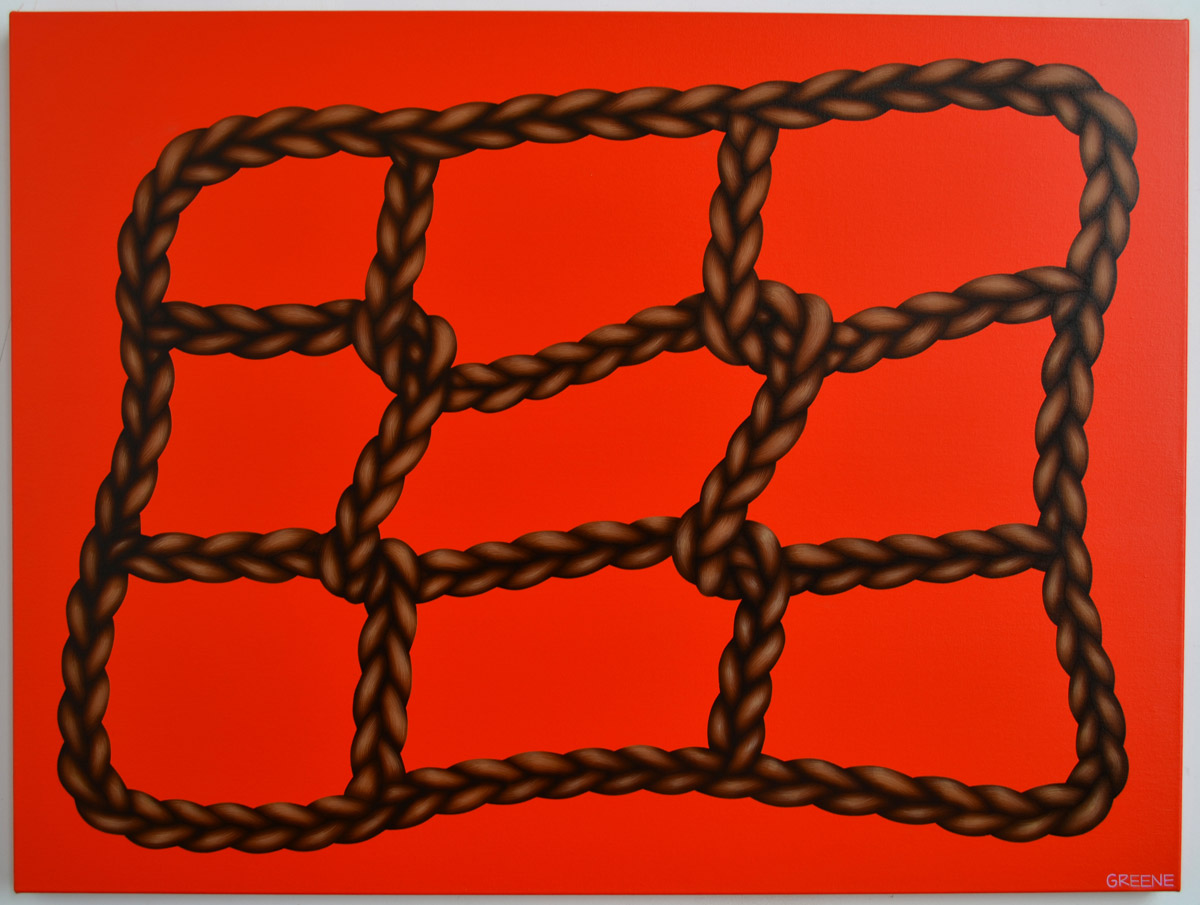 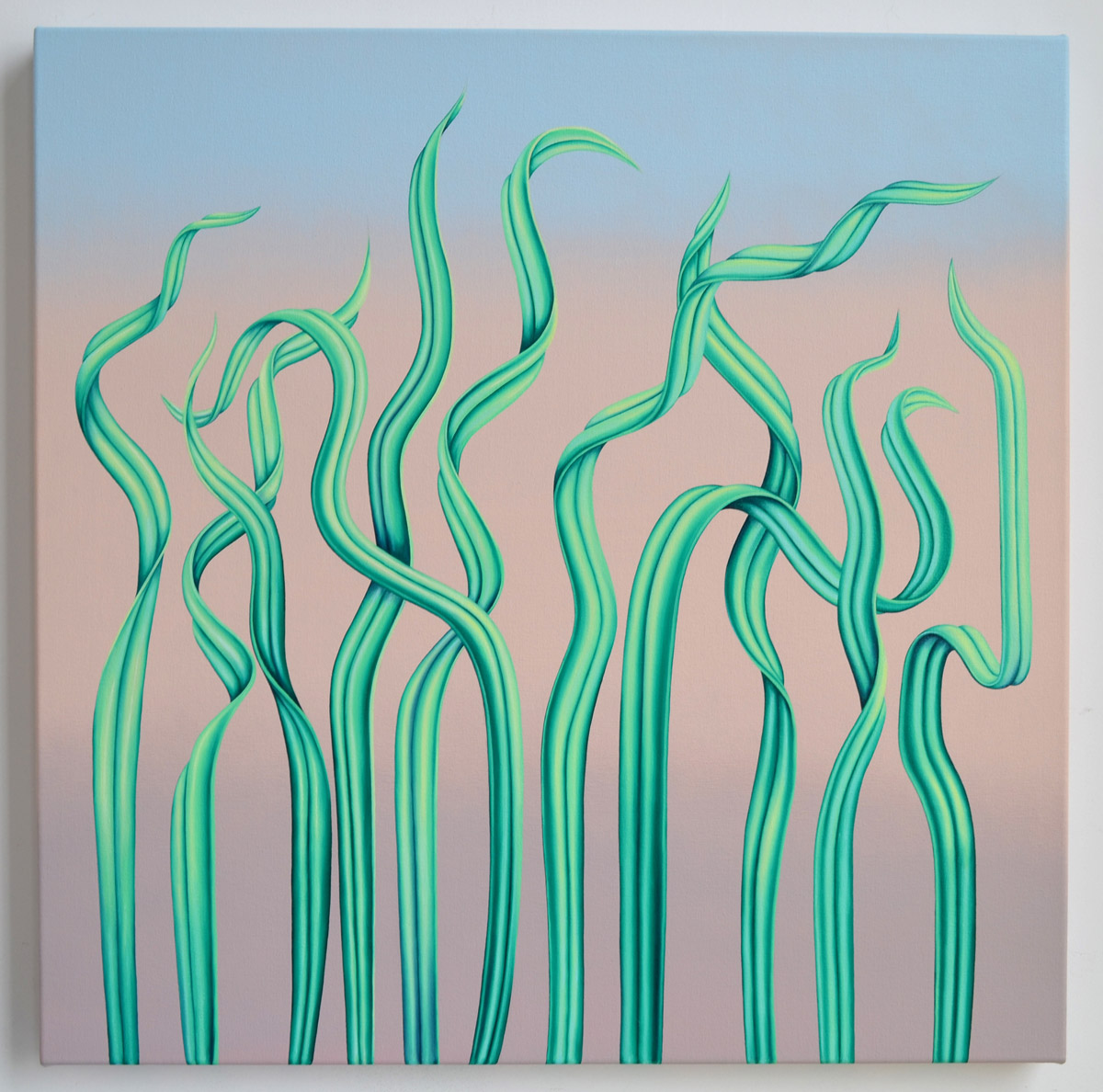 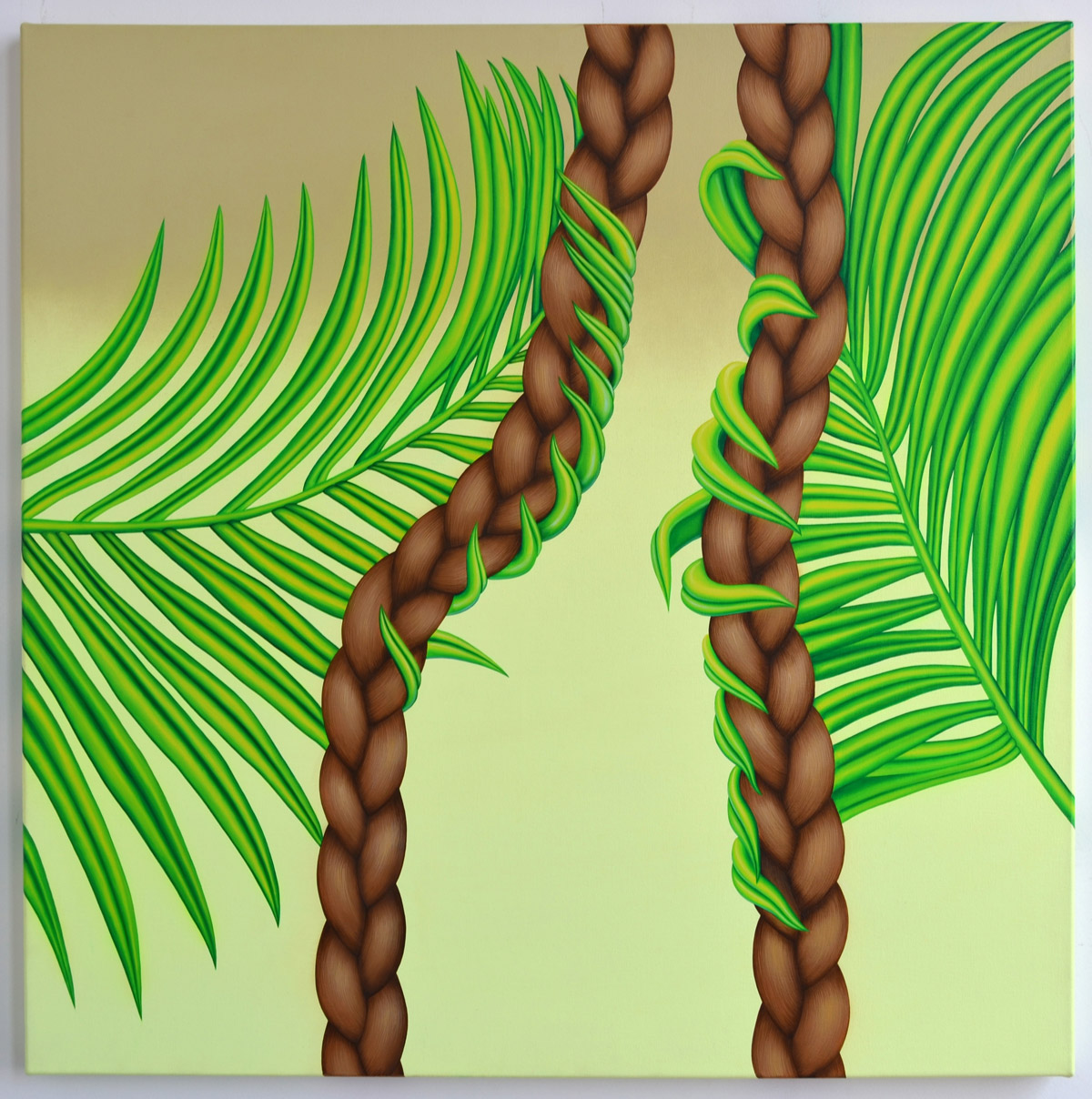 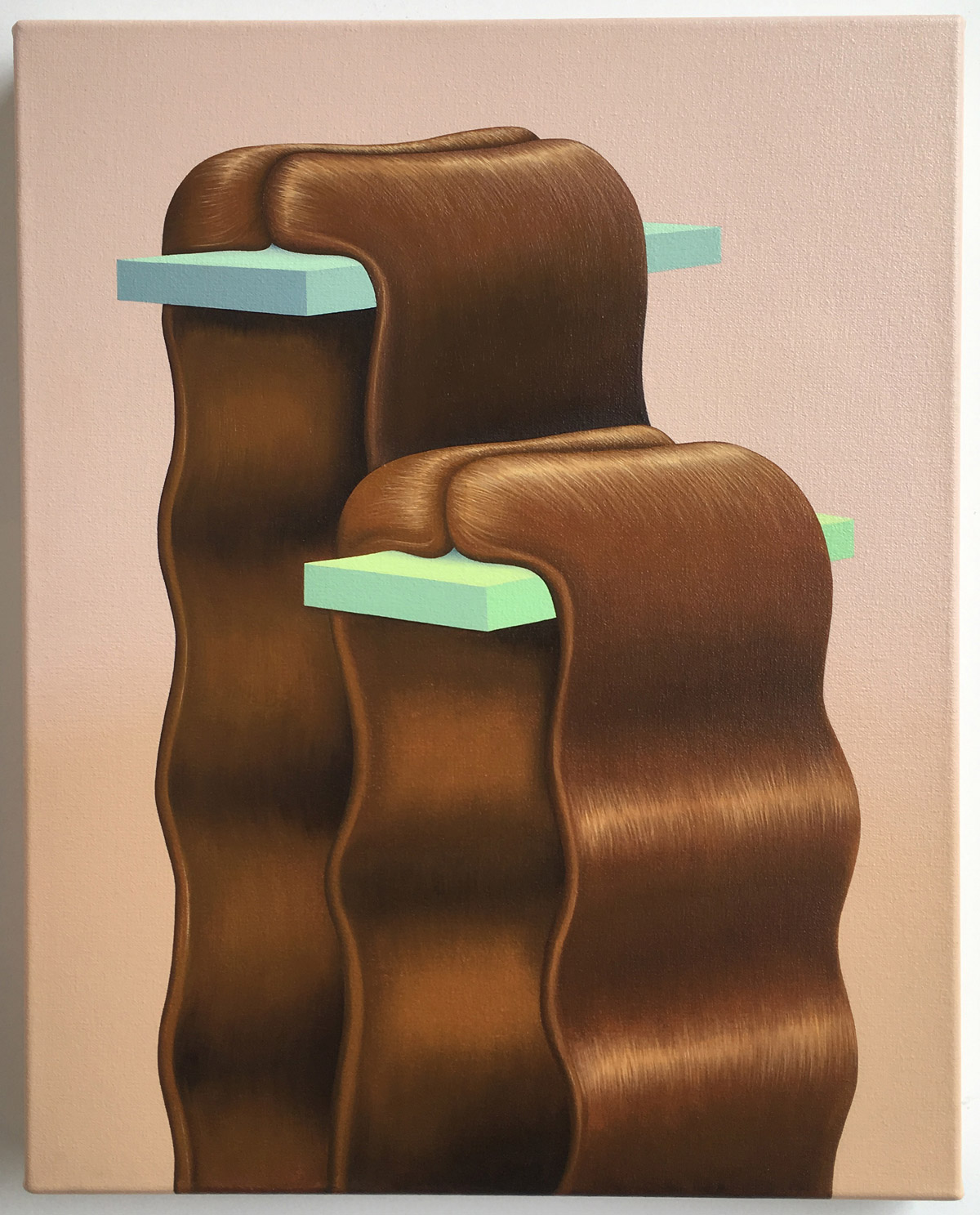 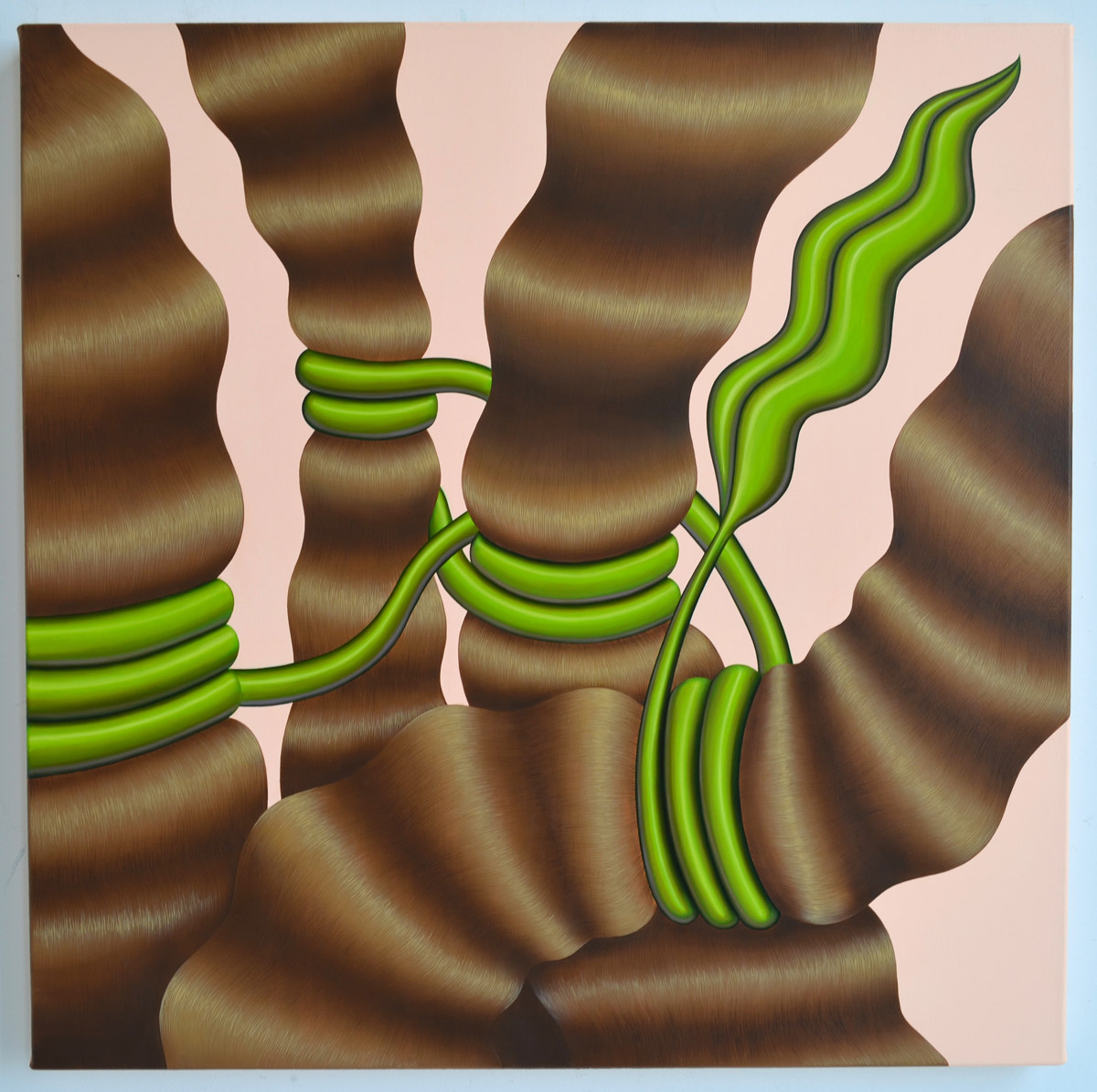 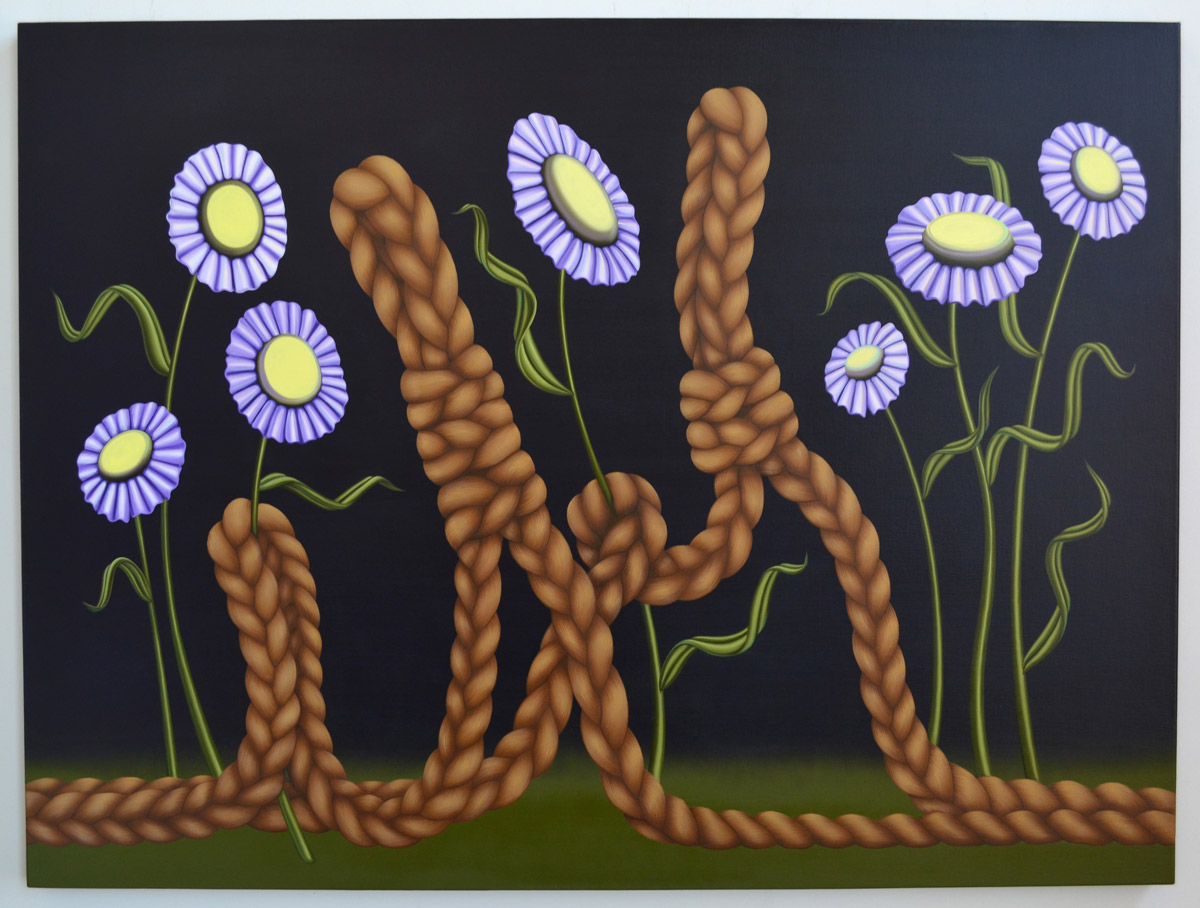 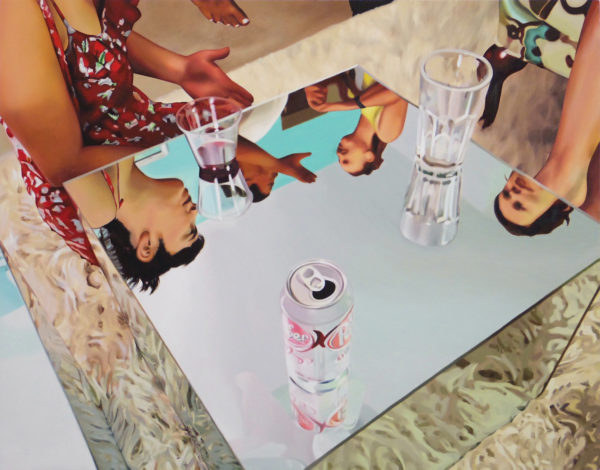