“At times, the fog appears thick, impenetrable, and never-ending. In other instances, it passes through swiftly, like an uninvited guest. The fog both obscures and reveals parts of the landscape where camellia flowers are found floating peacefully on the waters with the shimmering stars huddling together near the mountains and braving the crashing waves. Together with other characters such as birch trees, weeping willows, the stars and the moon, they depict tales of familial love, memory, and hope.”

See more images below or on display at Galerie du Monde in Hong Kong until February 29th. 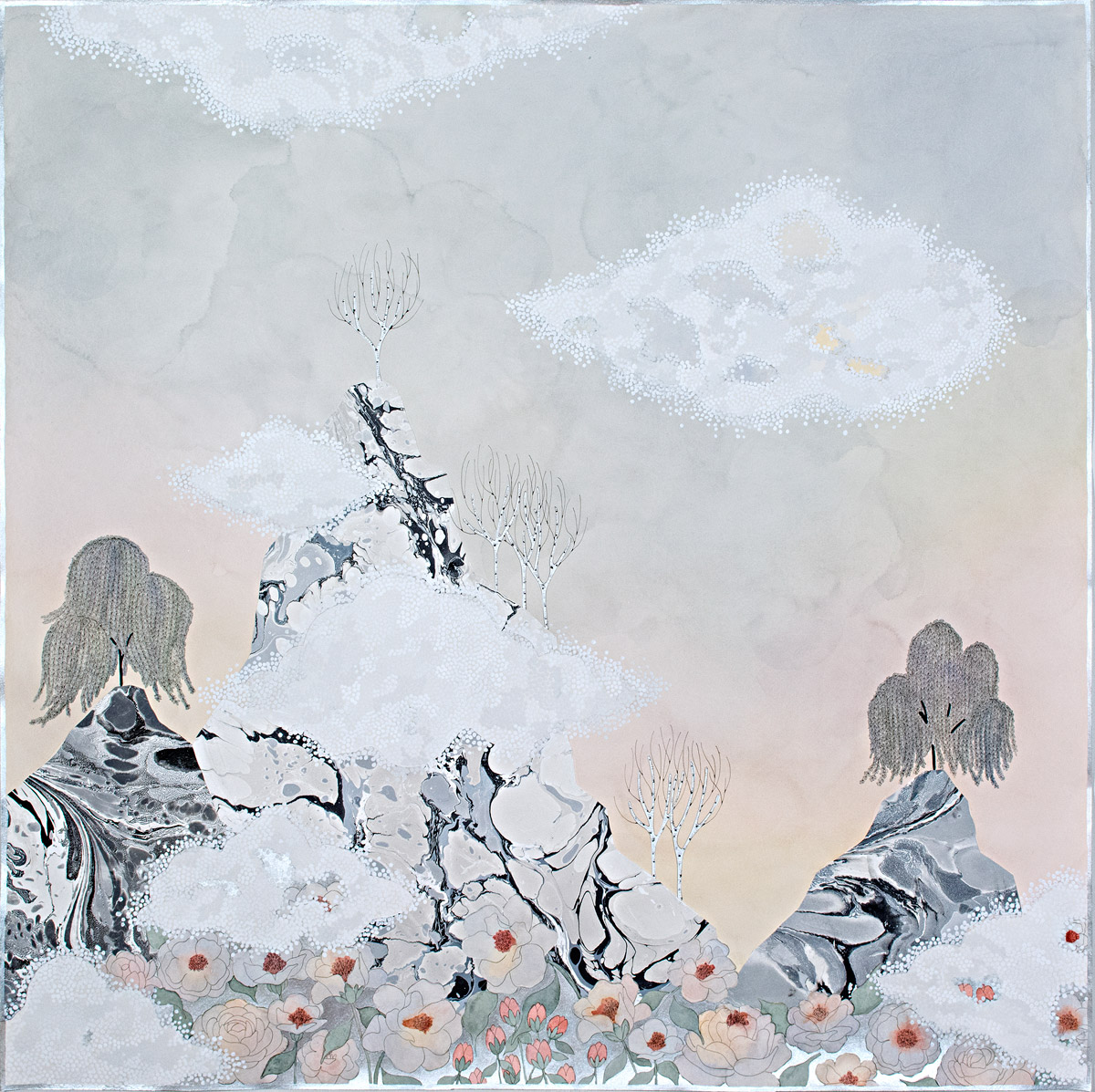 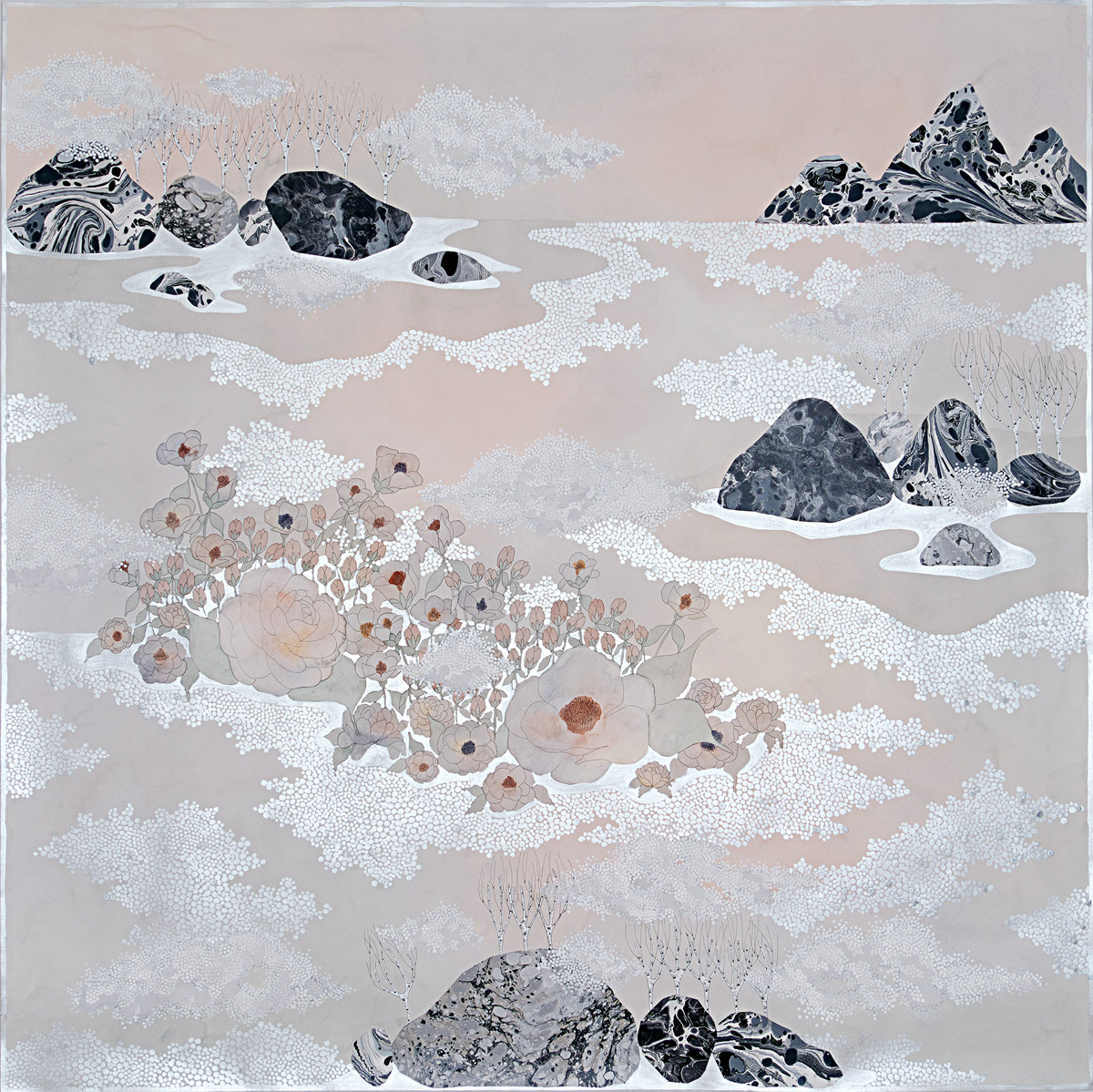 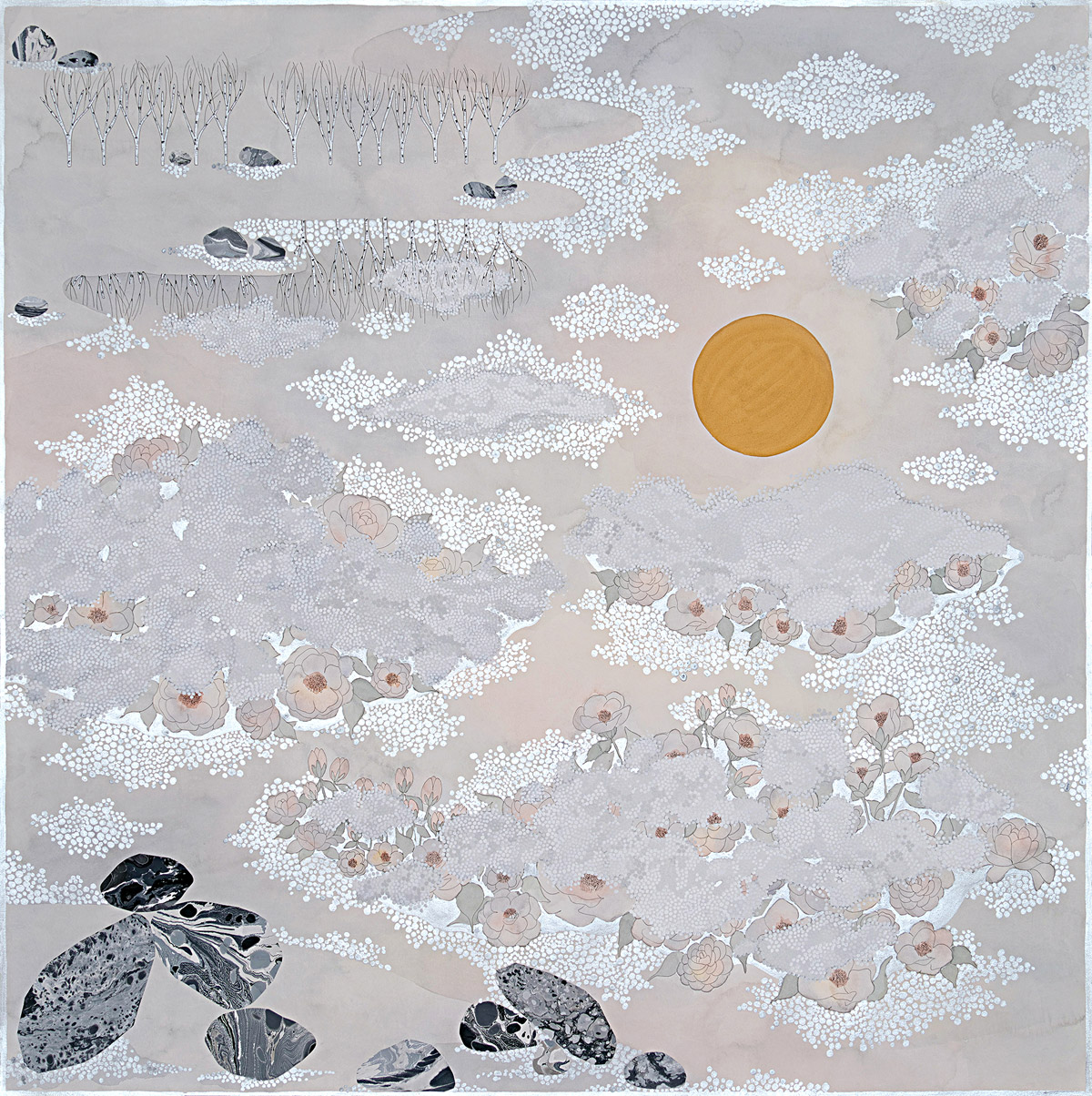 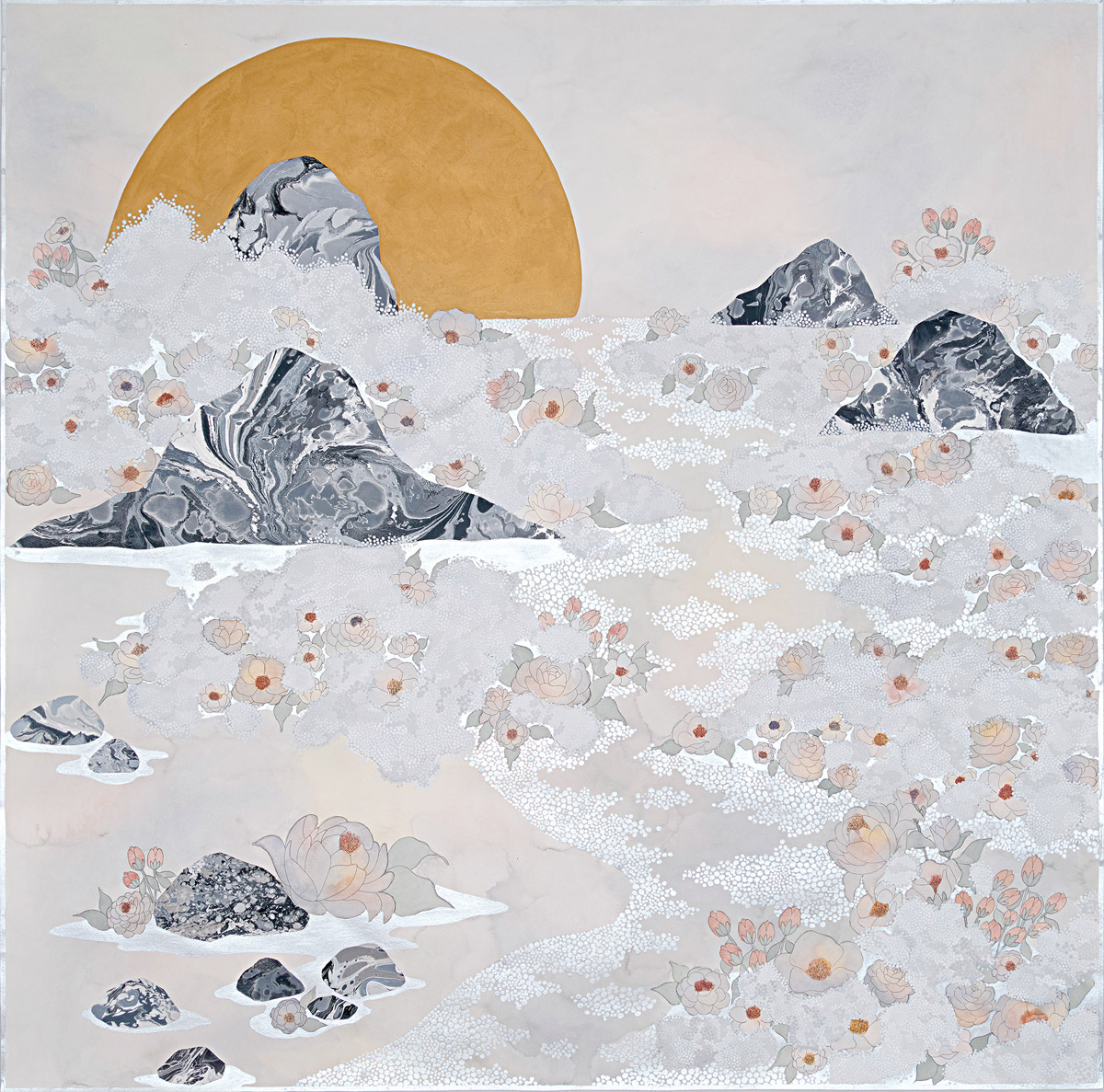 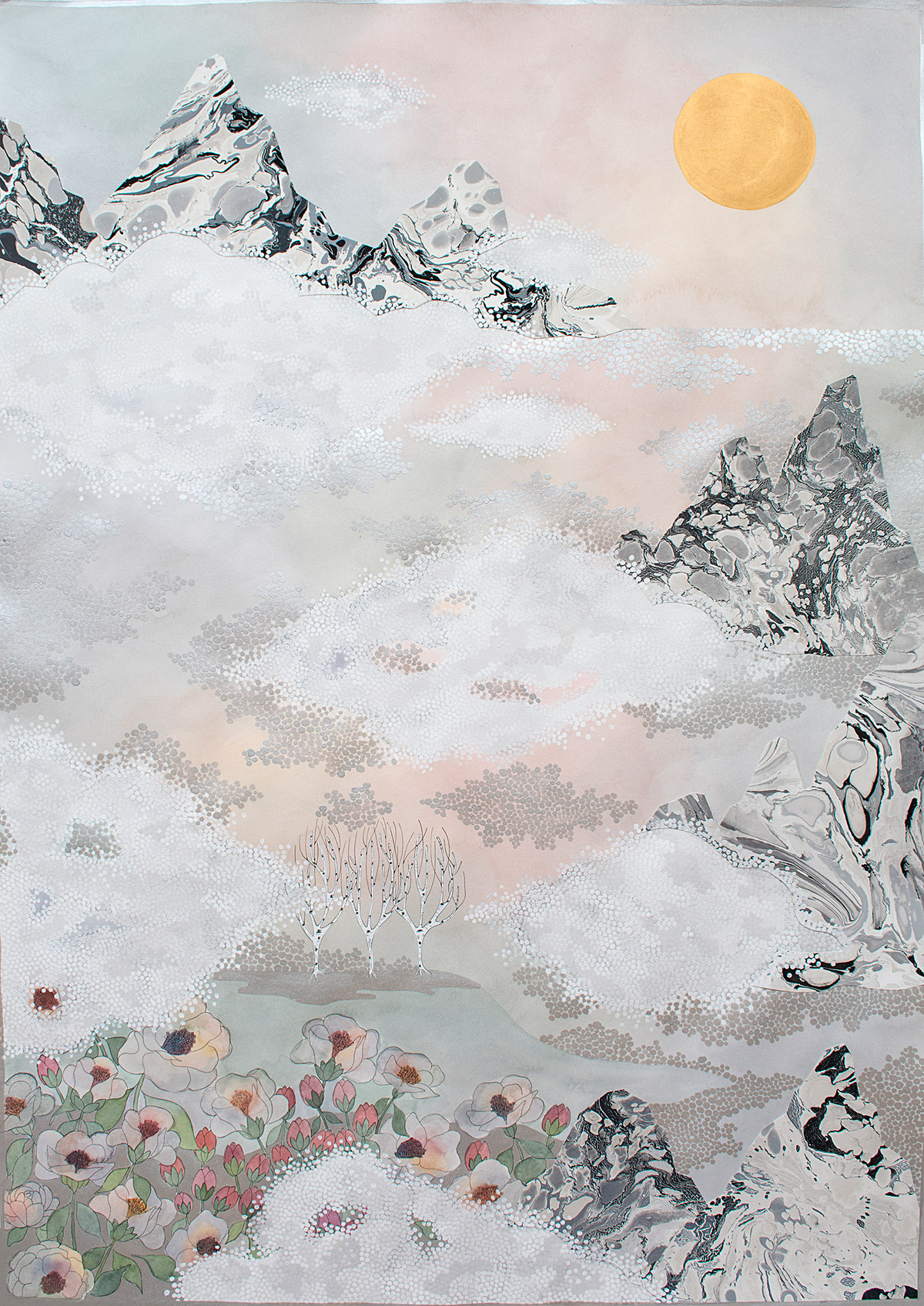 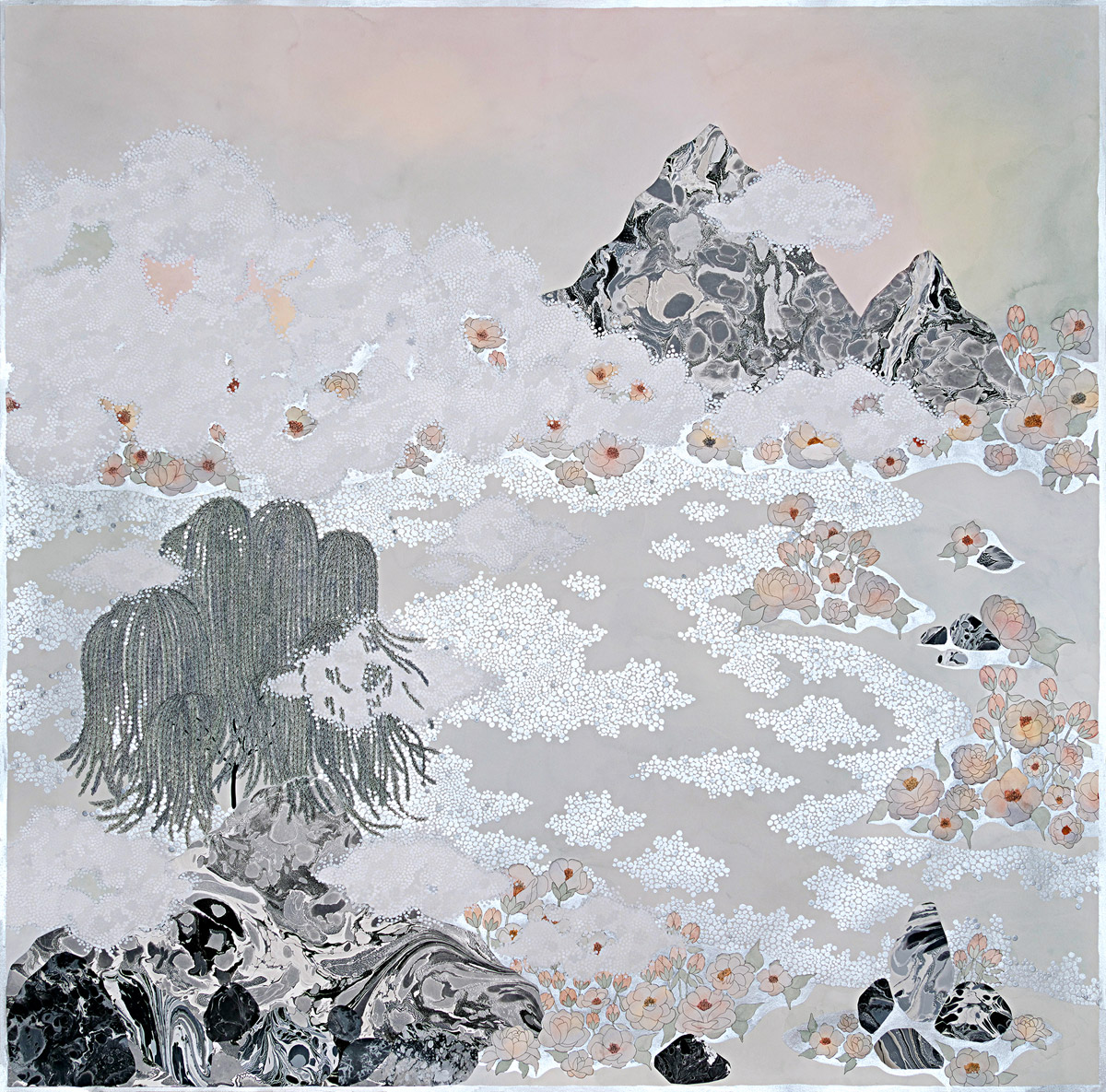 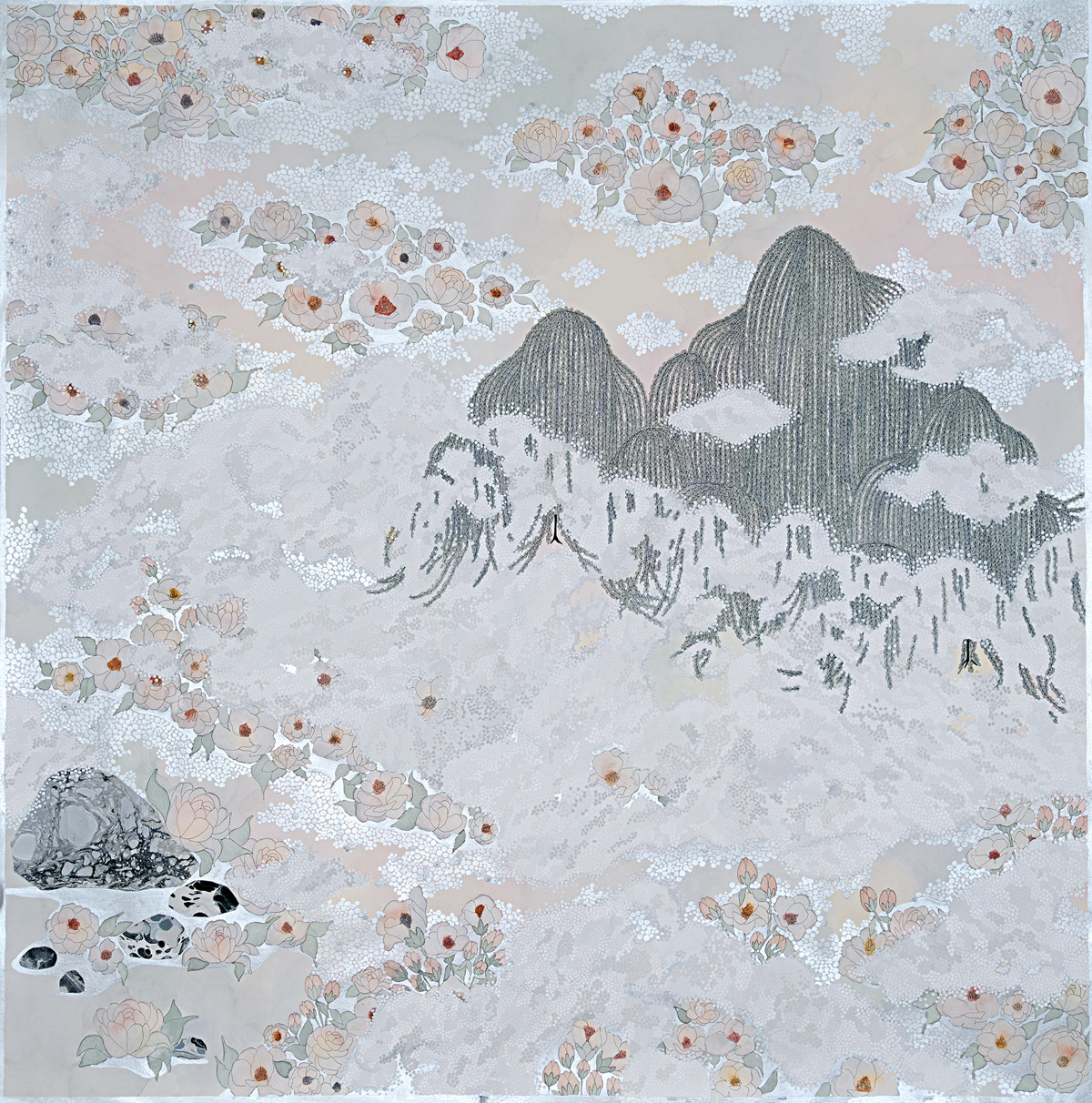