A new series of charcoal and graphite drawings by Tulsa, OK-based artist Joel Daniel Phillips (previously featured here). “Killing the Negative” is based on Government-censored photographs by the Farm Security Administration (FSA) during the Great Depression. Phillips began the project in early 2019 after stumbling upon a photograph of Walker Evans. Marring Evans’ image was a large black circle — the result of someone hole punching the original negative — a detail which Phillips’ drawings maintain as a way of raising questions about the nature and veracity of historical record:

“The broader FSA images are of course, well known, and images such as ‘Migrant Mother’ by Dorothea Lange have become some of the most recognizable and important images in the American photographic lexicon. Less known, however, is the process by which these images were selected for publication: Roy Stryker was the head of the FSA, and was tasked with deciding which of the eventual 145,000 commissioned photographs would see the light of day. For the first 4 years of the project, many images he deemed unworthy were ‘killed’ by punching a hole in the original negative.”

See more images from the series below or on display (by appointment) at Hashimoto Contemporary in New York City from October 17 to November 7. 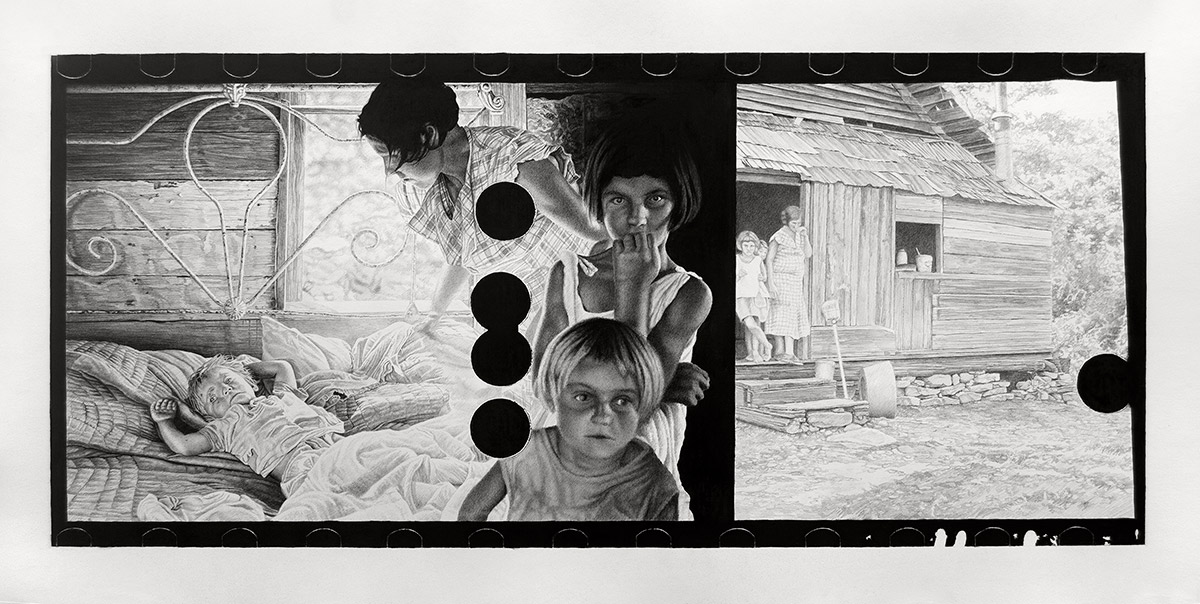 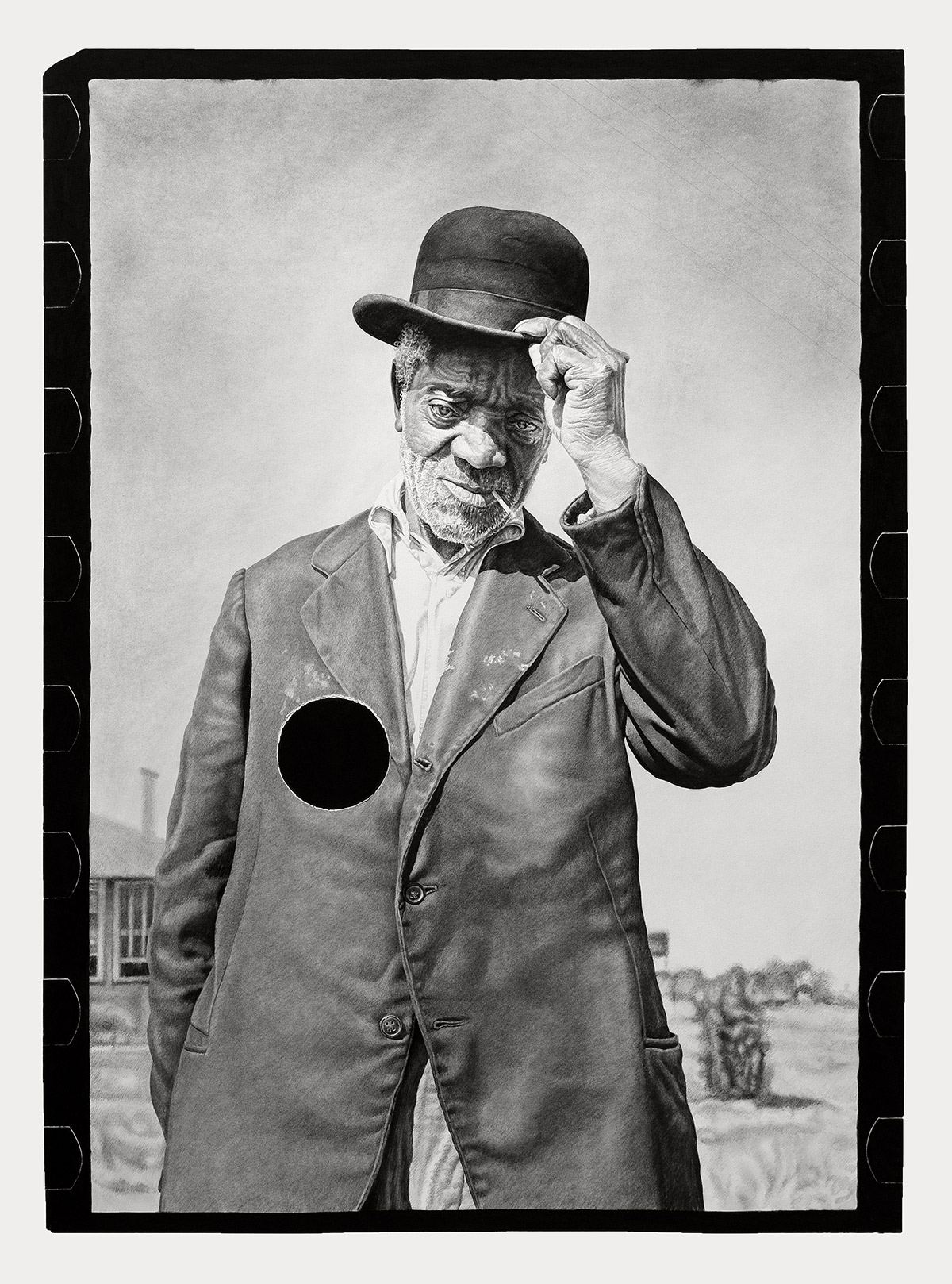 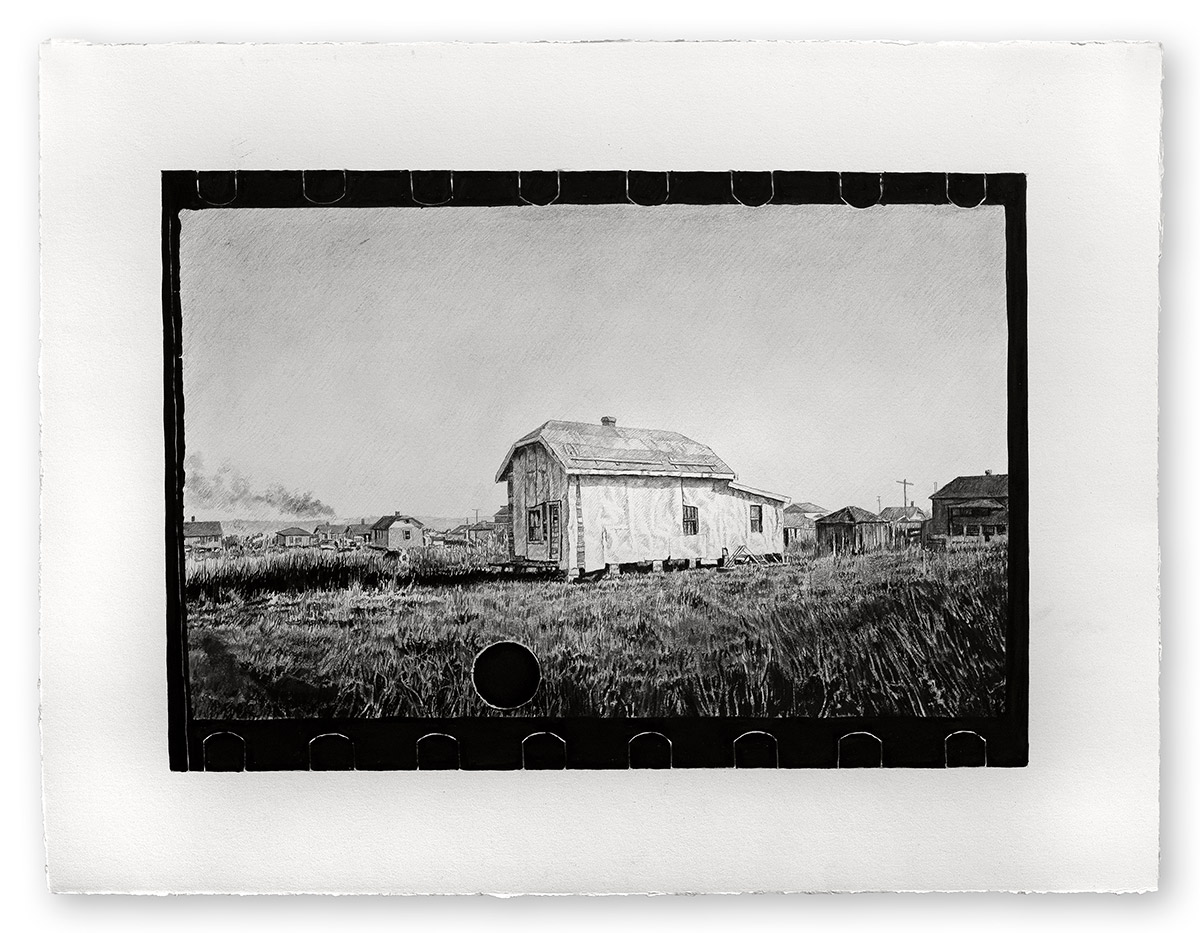 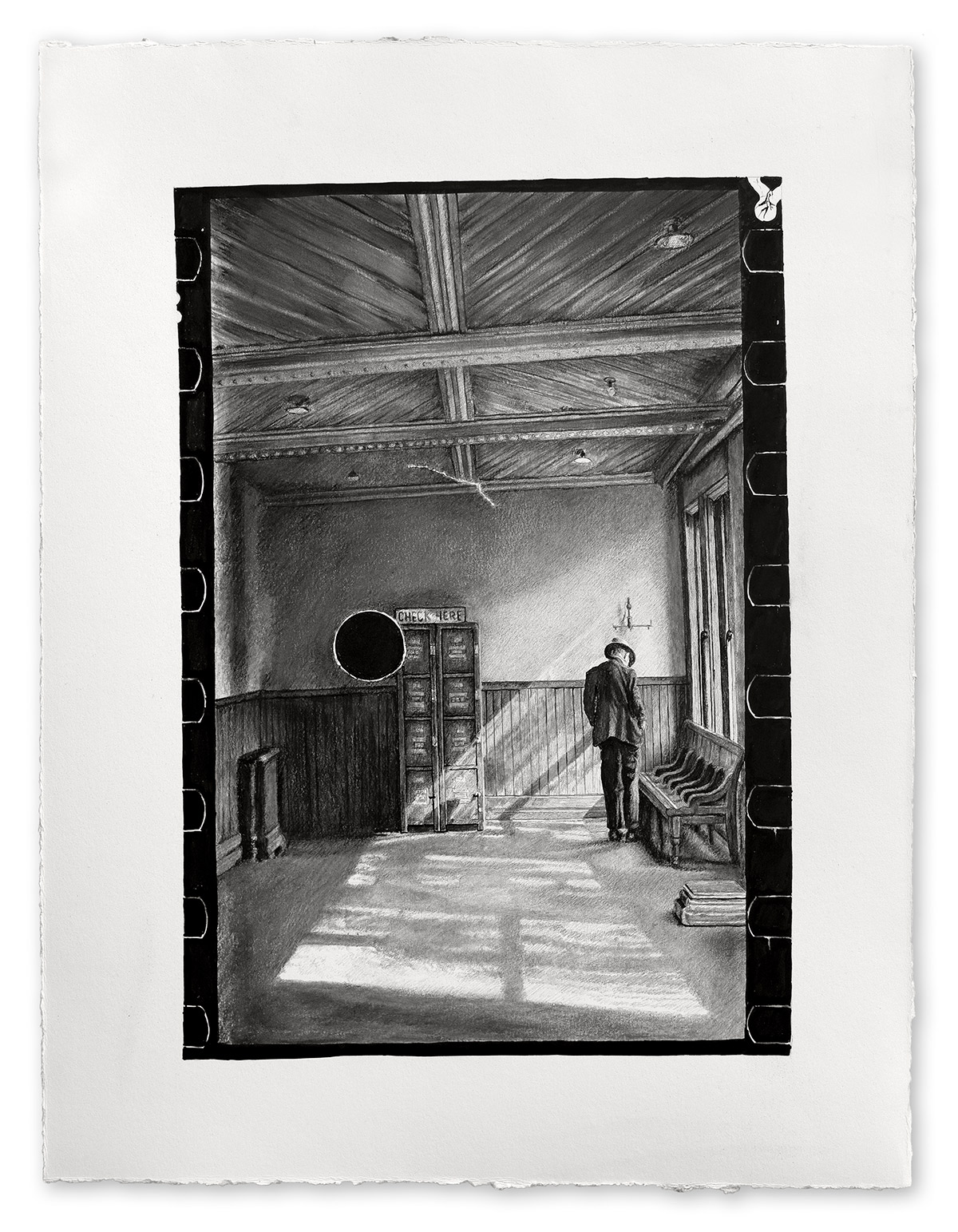 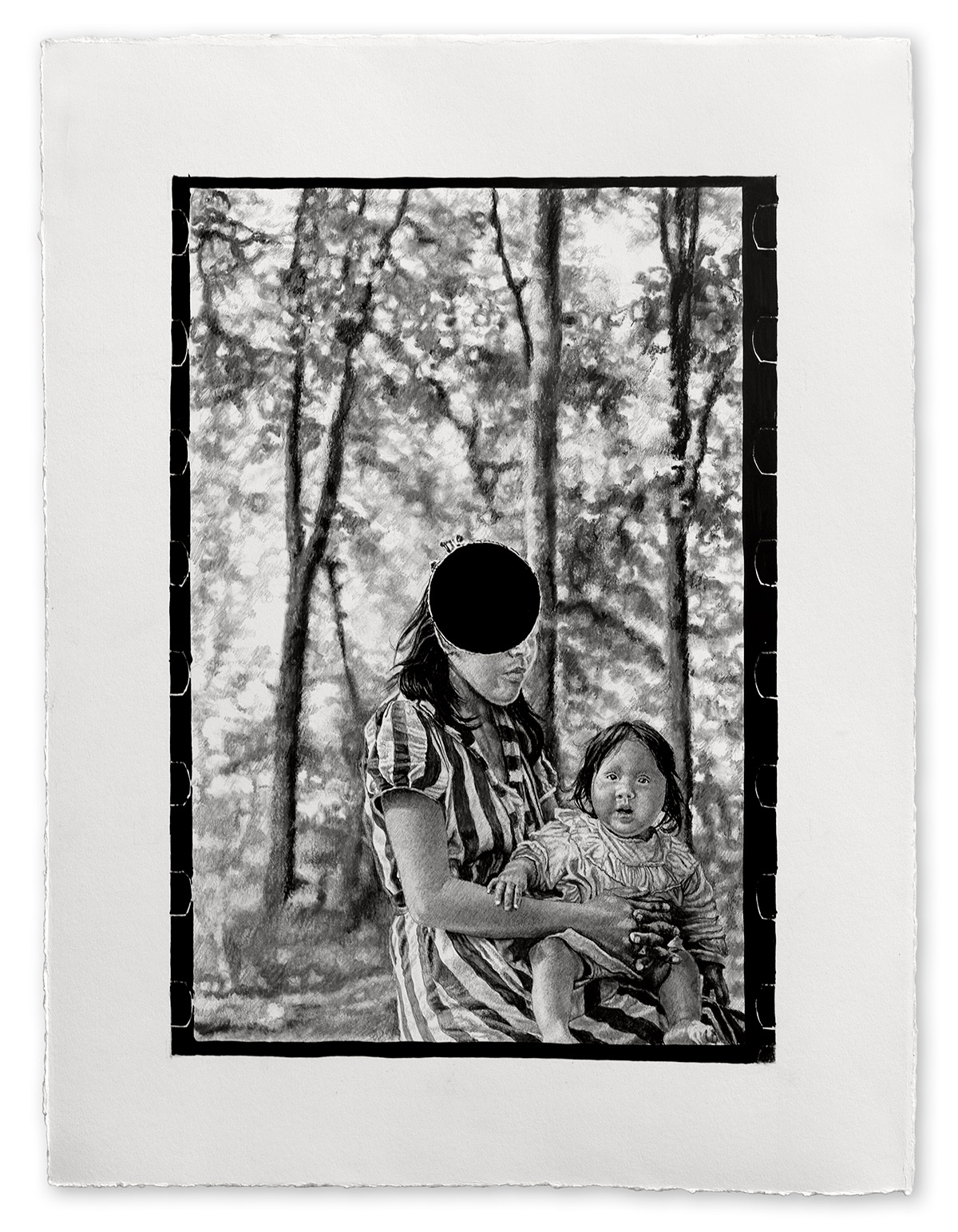 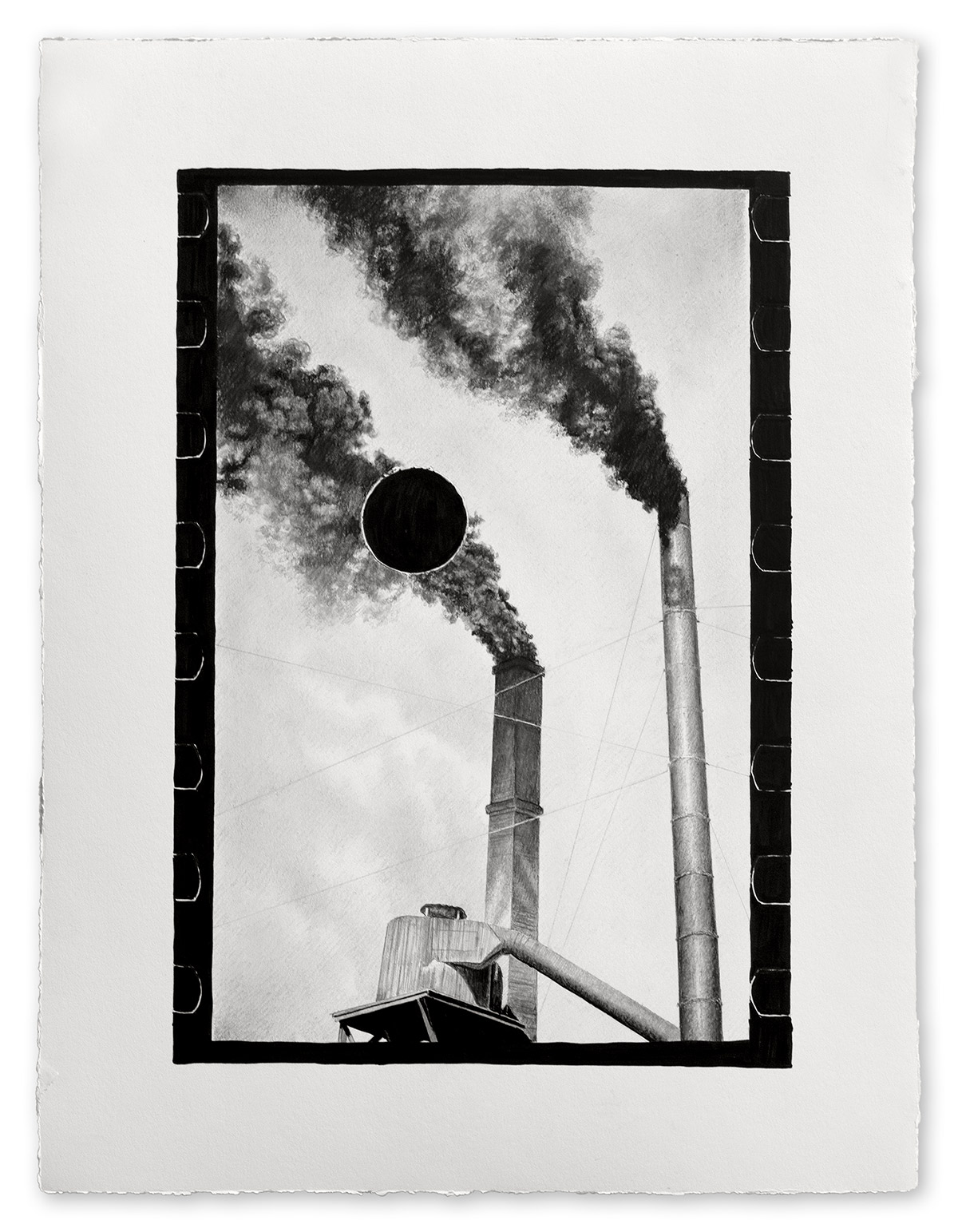 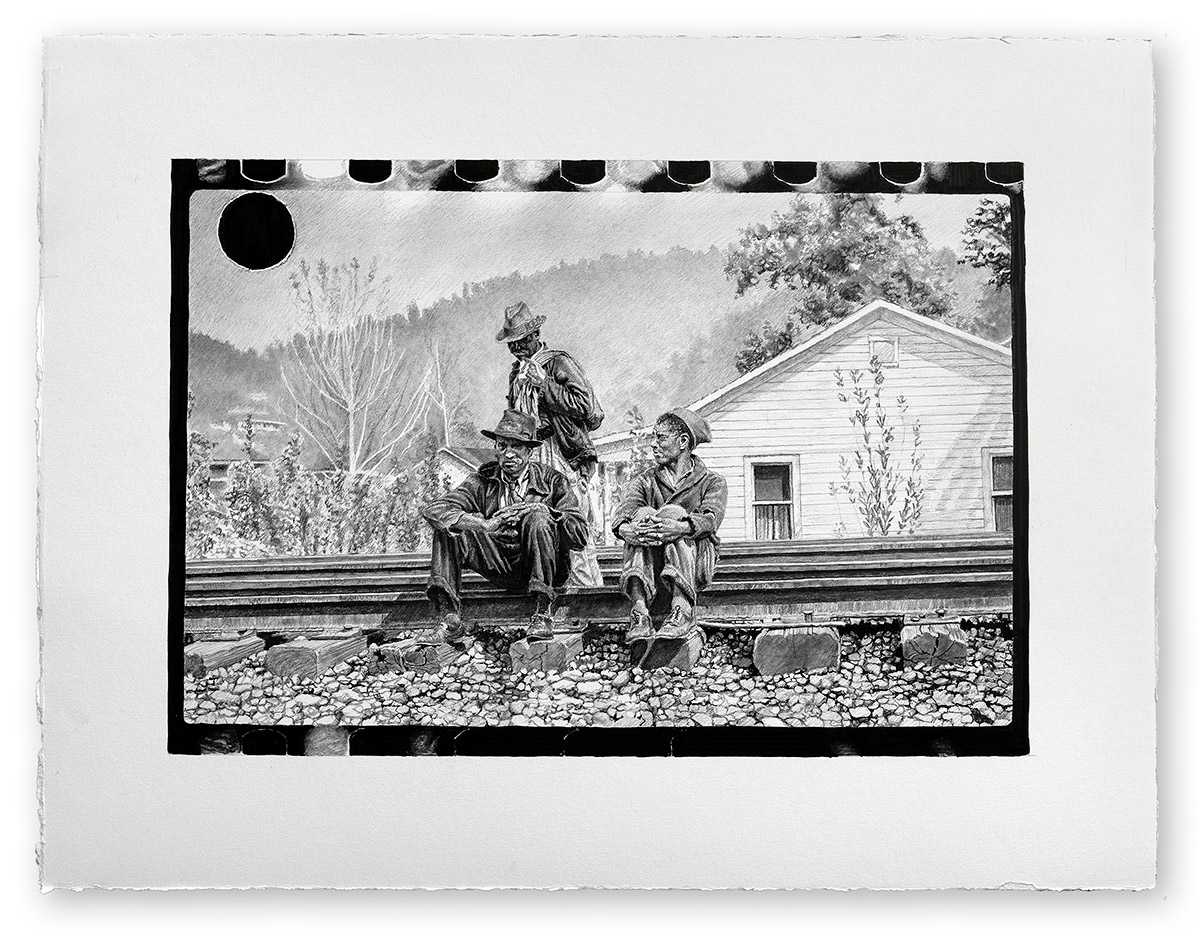 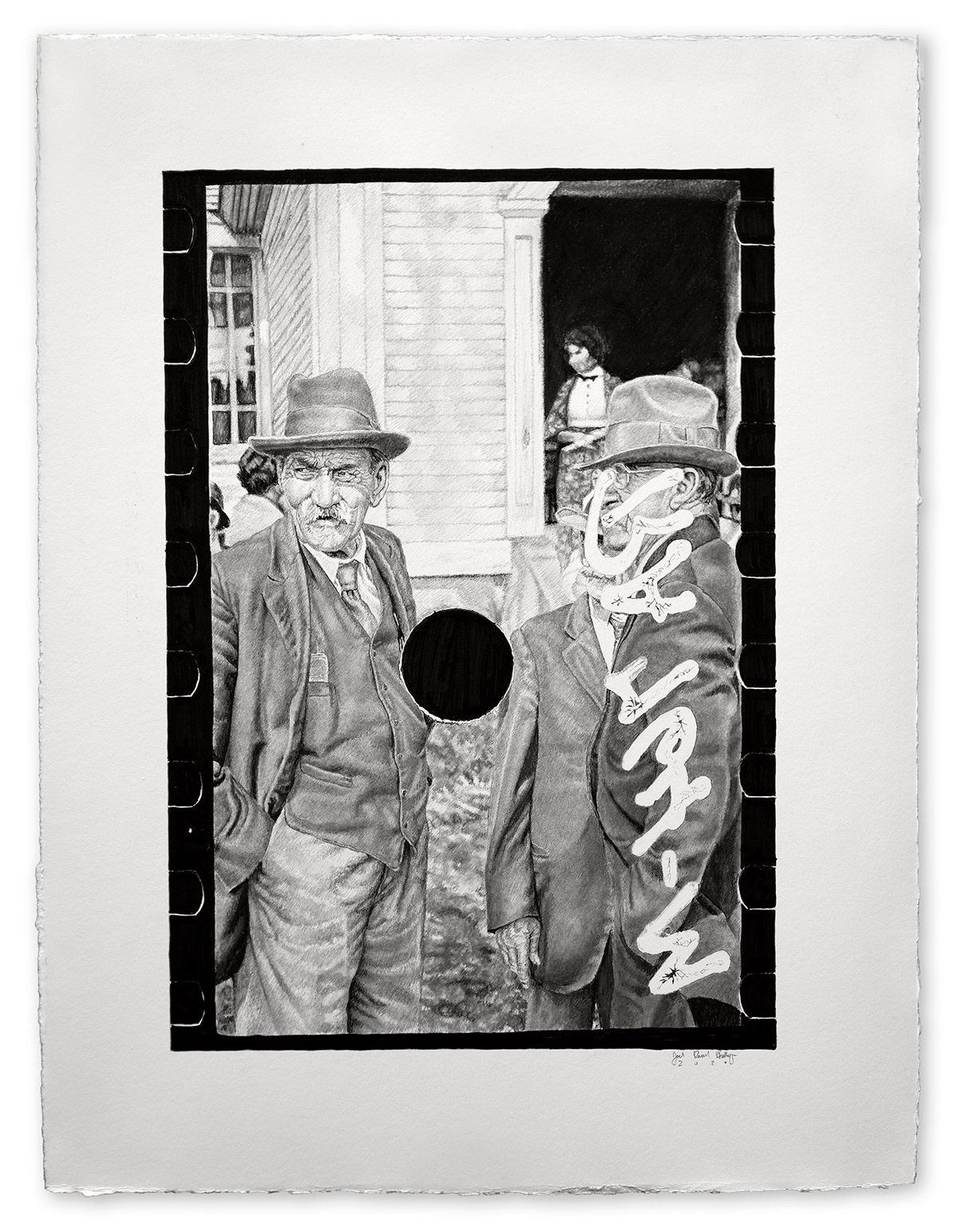 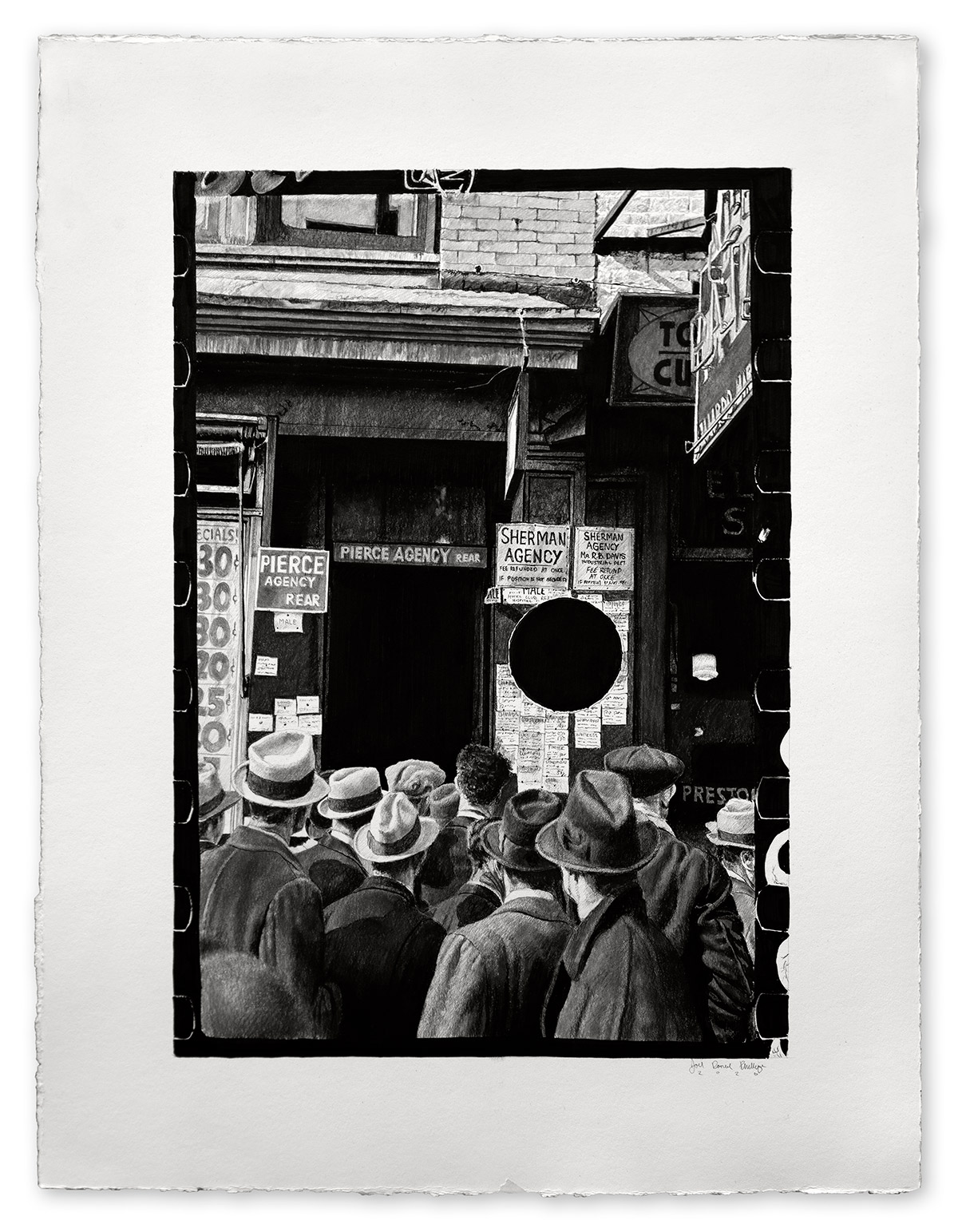 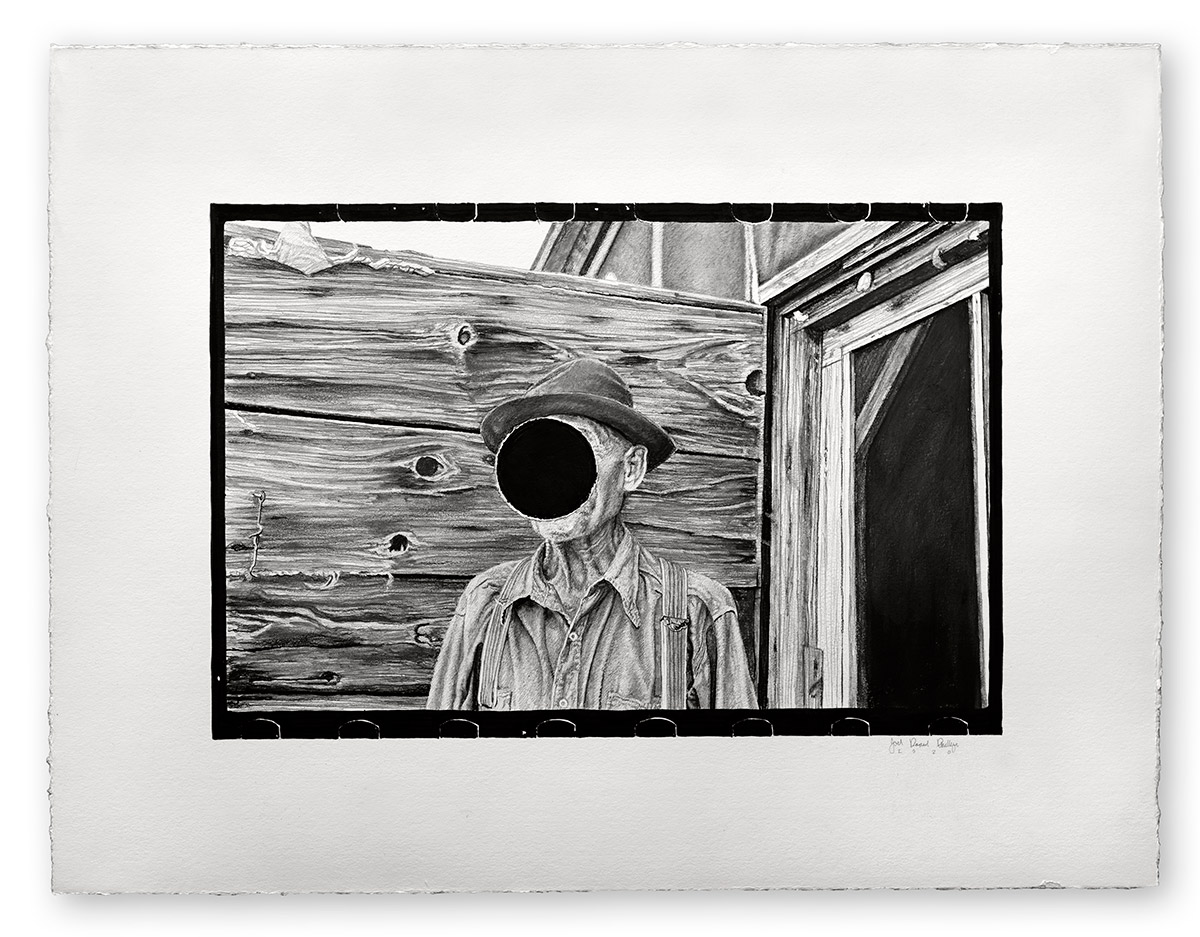 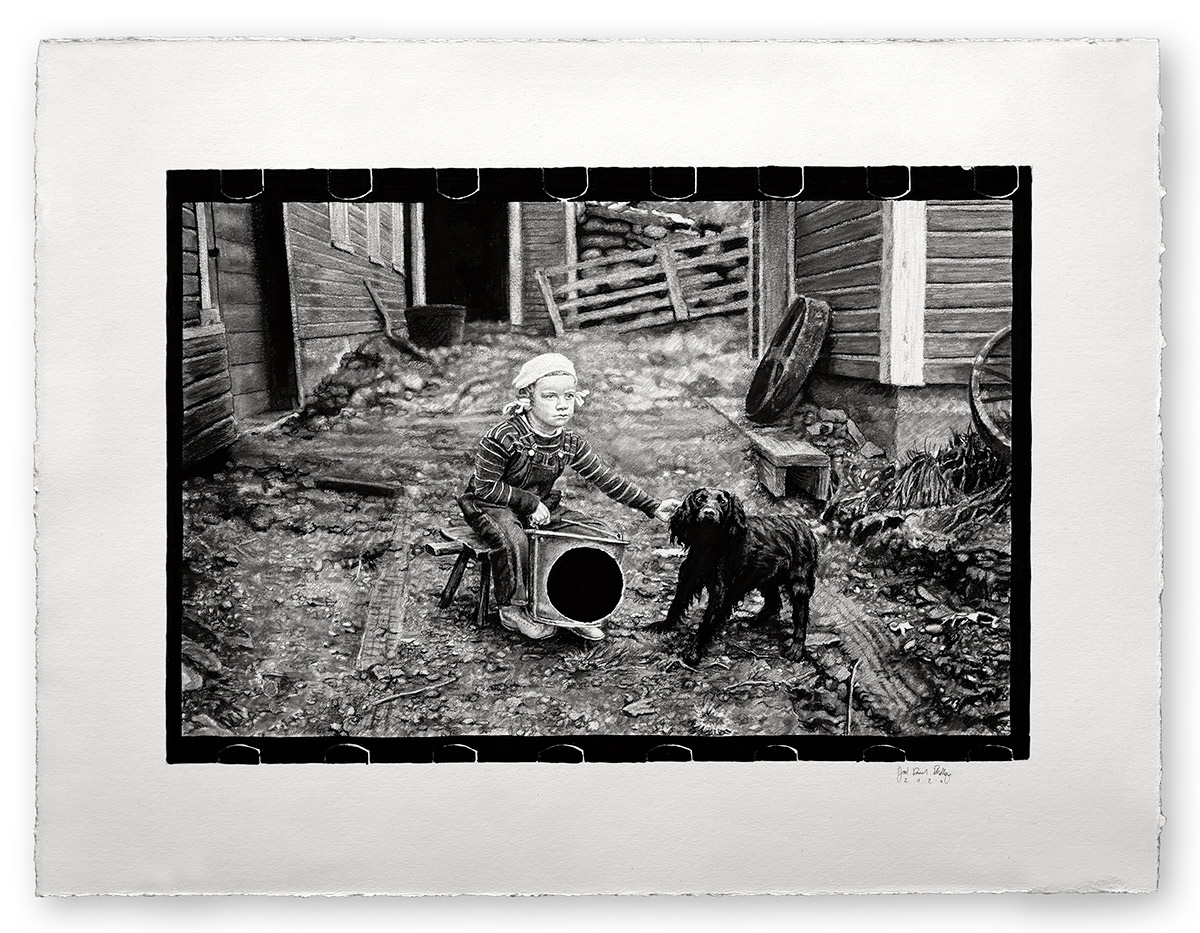 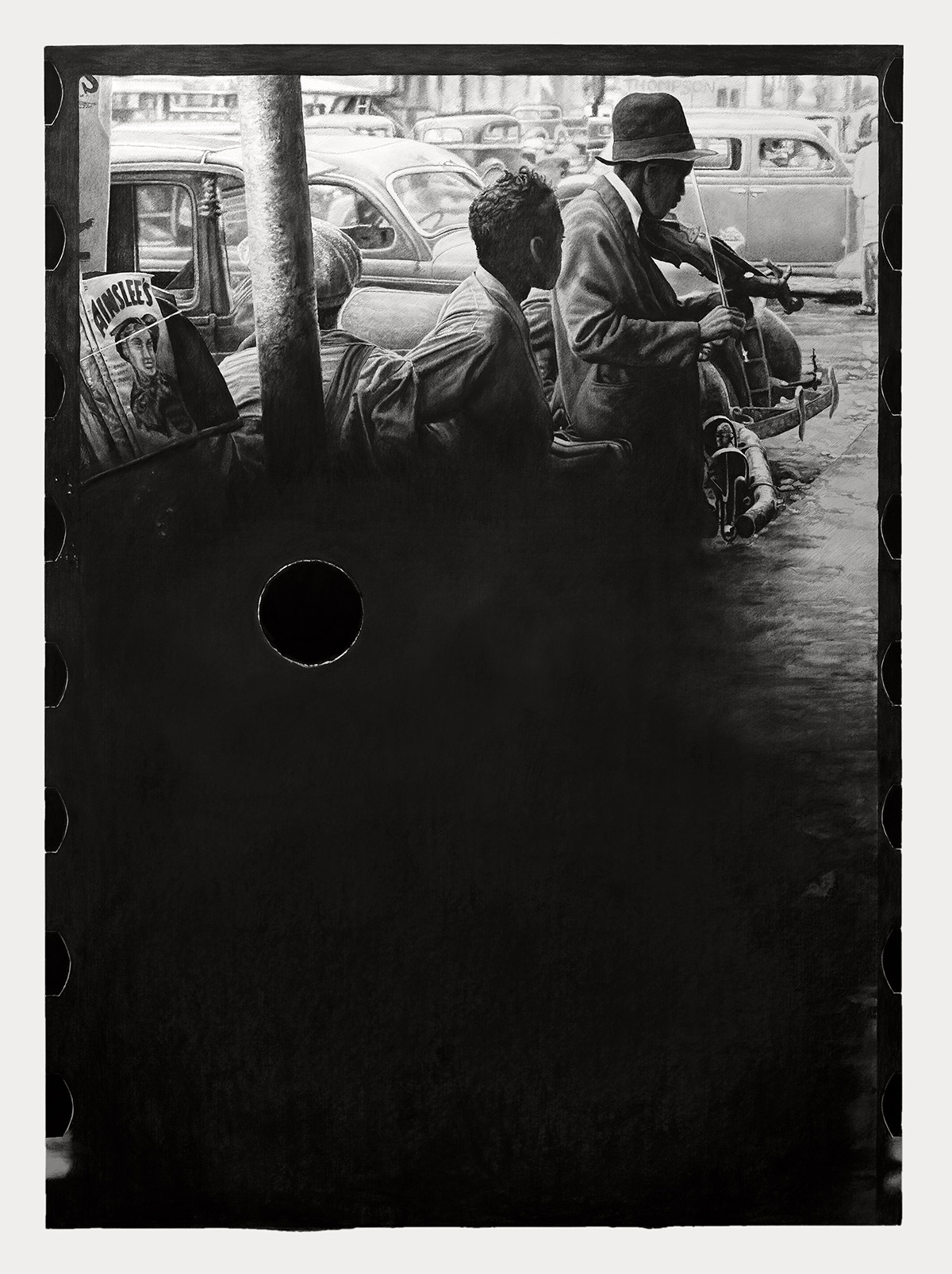 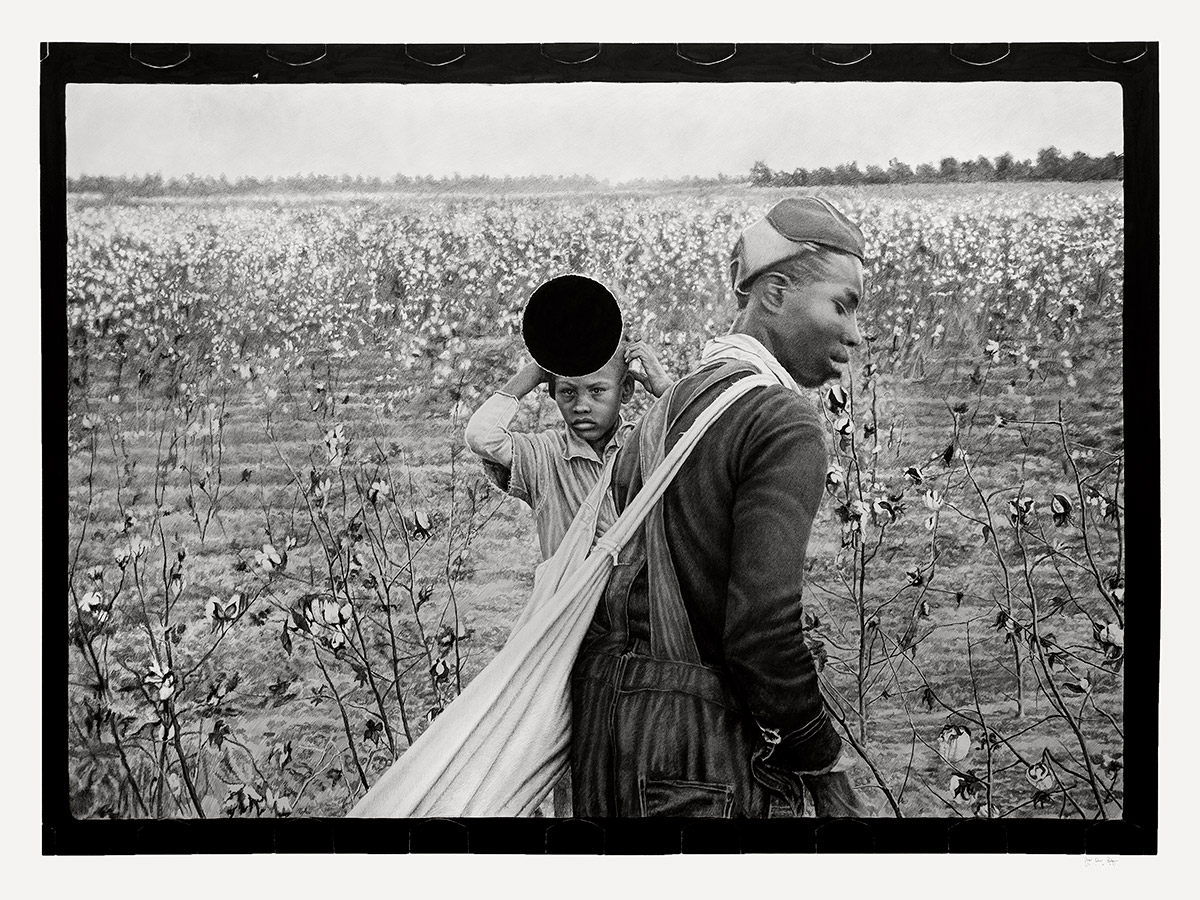 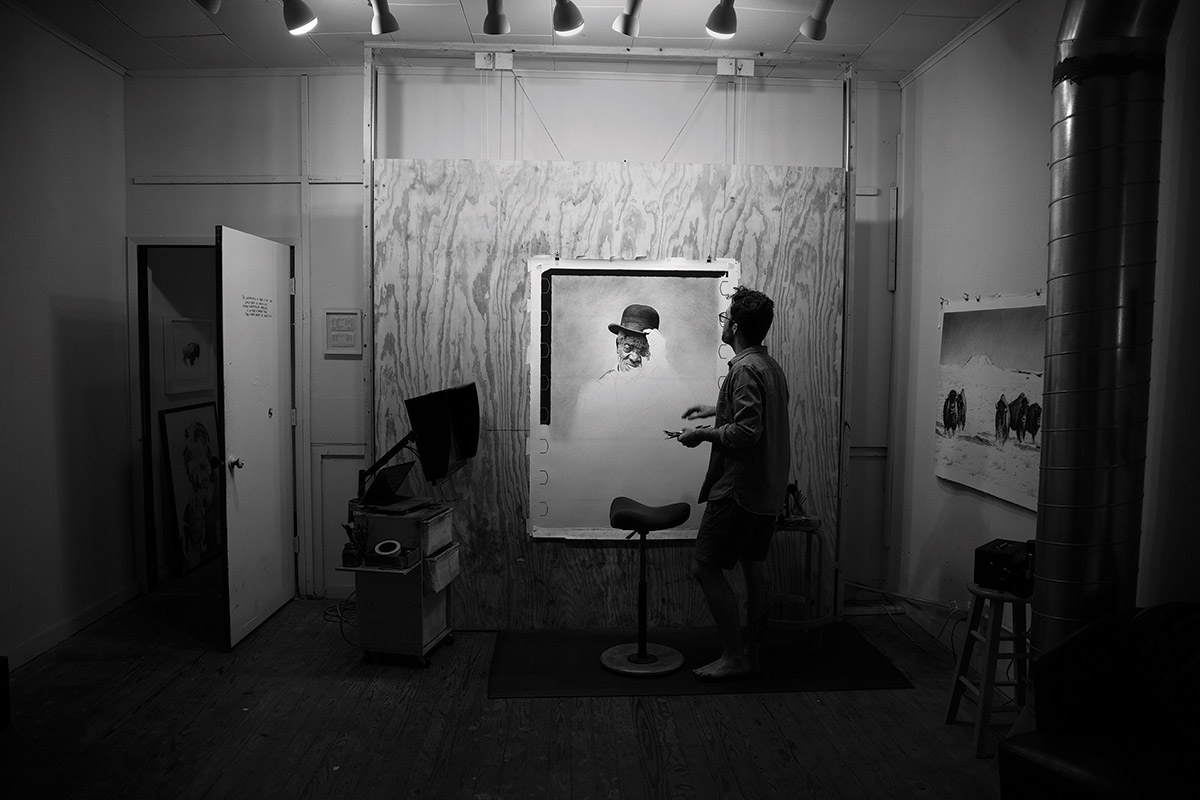 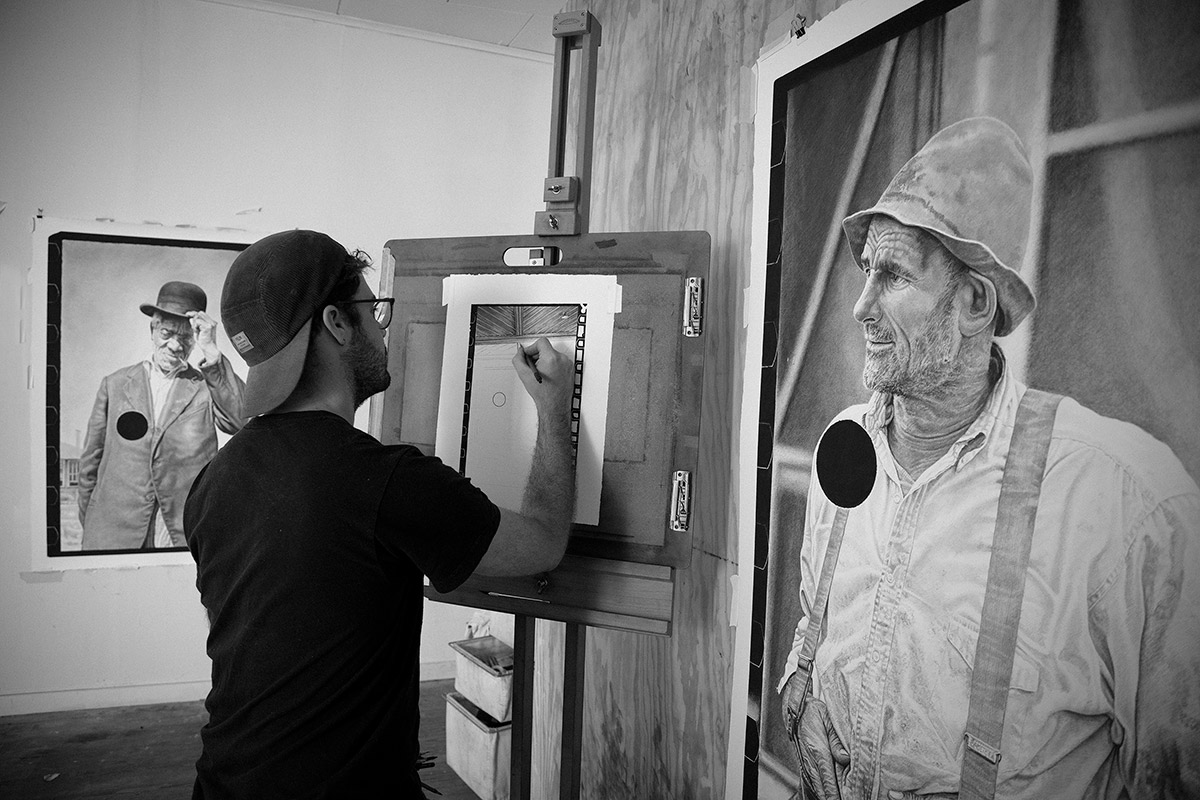 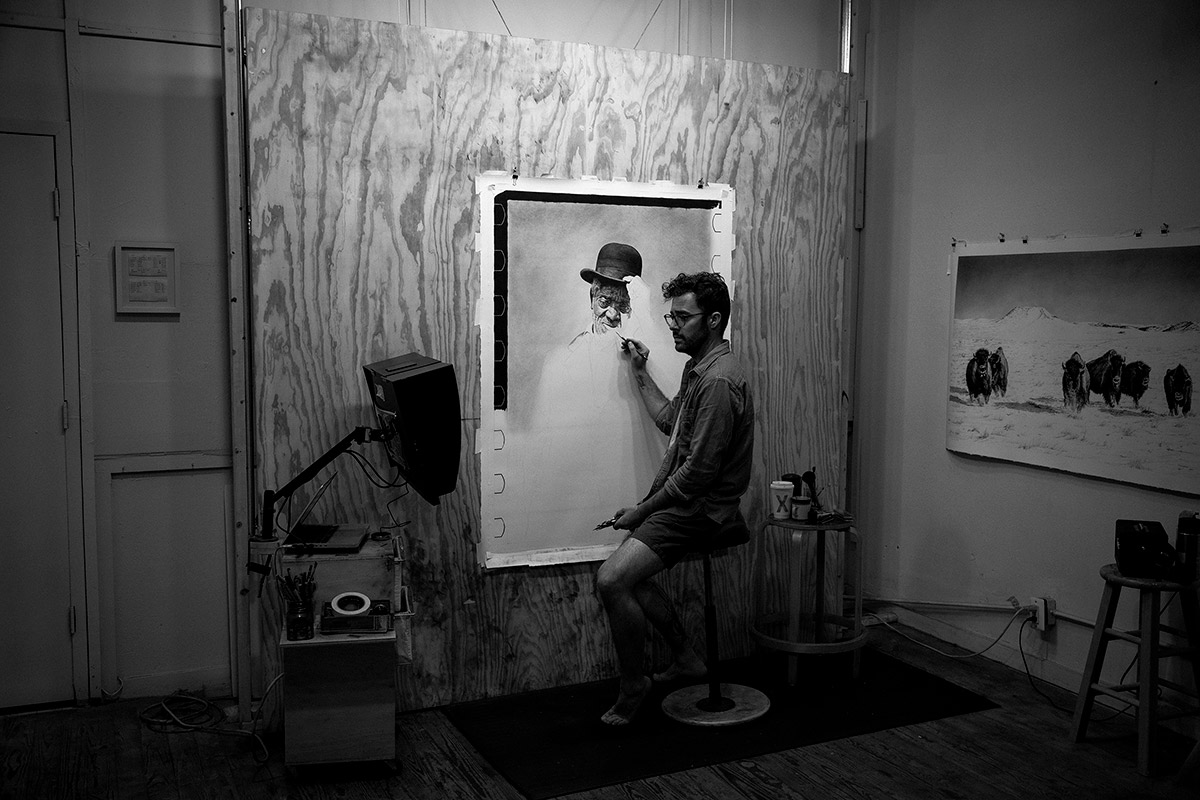 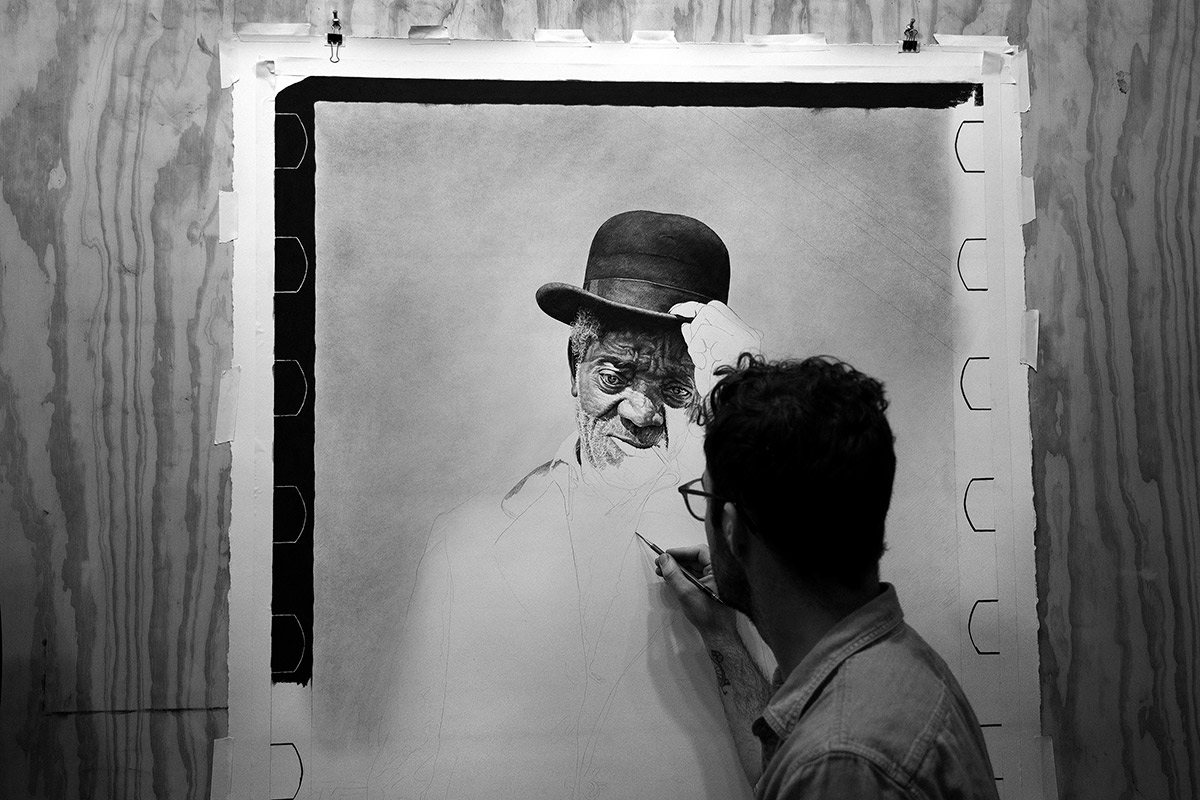