A selection of recent work by Massachusetts-born, Switzerland-based artist Michael Dandley. While initially approaching each painting as an independent interrogation of our human interaction with the world around us (both destructive and creative), Dandley’s latest collection represents a further expansion and recognition of the interconnected world and rules he’s been developing over the course of his artistic practice:

“I used to described my paintings as contemporary examinations of the landscape. I thought of each image as individual scenes exploring cycles of destruction and creation arising from environments interacting with human exploration and development. Over this past year, however, I have come to consider each of these paintings (both past and future) to be part of a unified and interconnected world. A place which has its own internal rules and history. Through depicting the behavior, abilities, and technologies of this worlds inhabitants, I have begun to describe the laws which govern their lives — laws which allow characters to bend or cheat physics in order to safely navigate a strange and often volatile realm.”

See more images from “Worldling” below as well as more of Dandley’s previously featured work here! 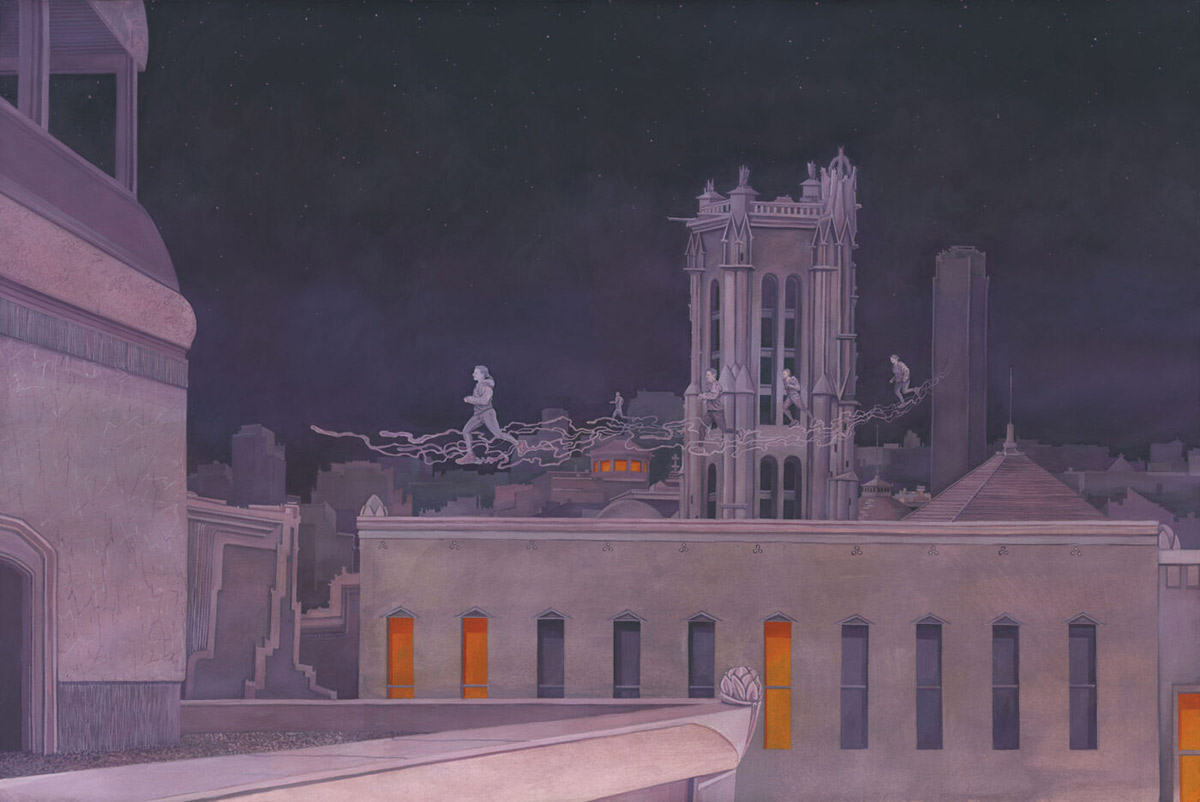 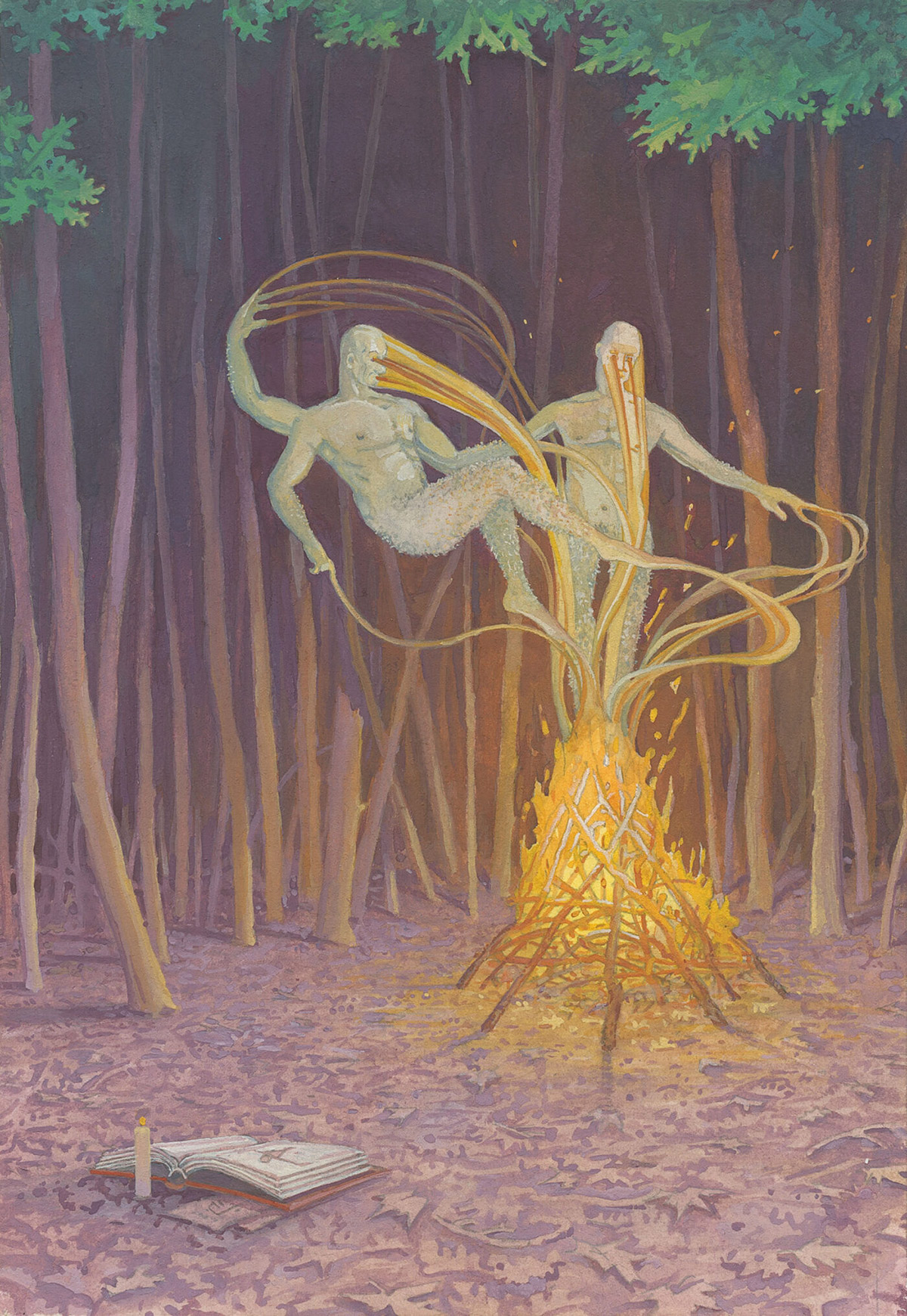 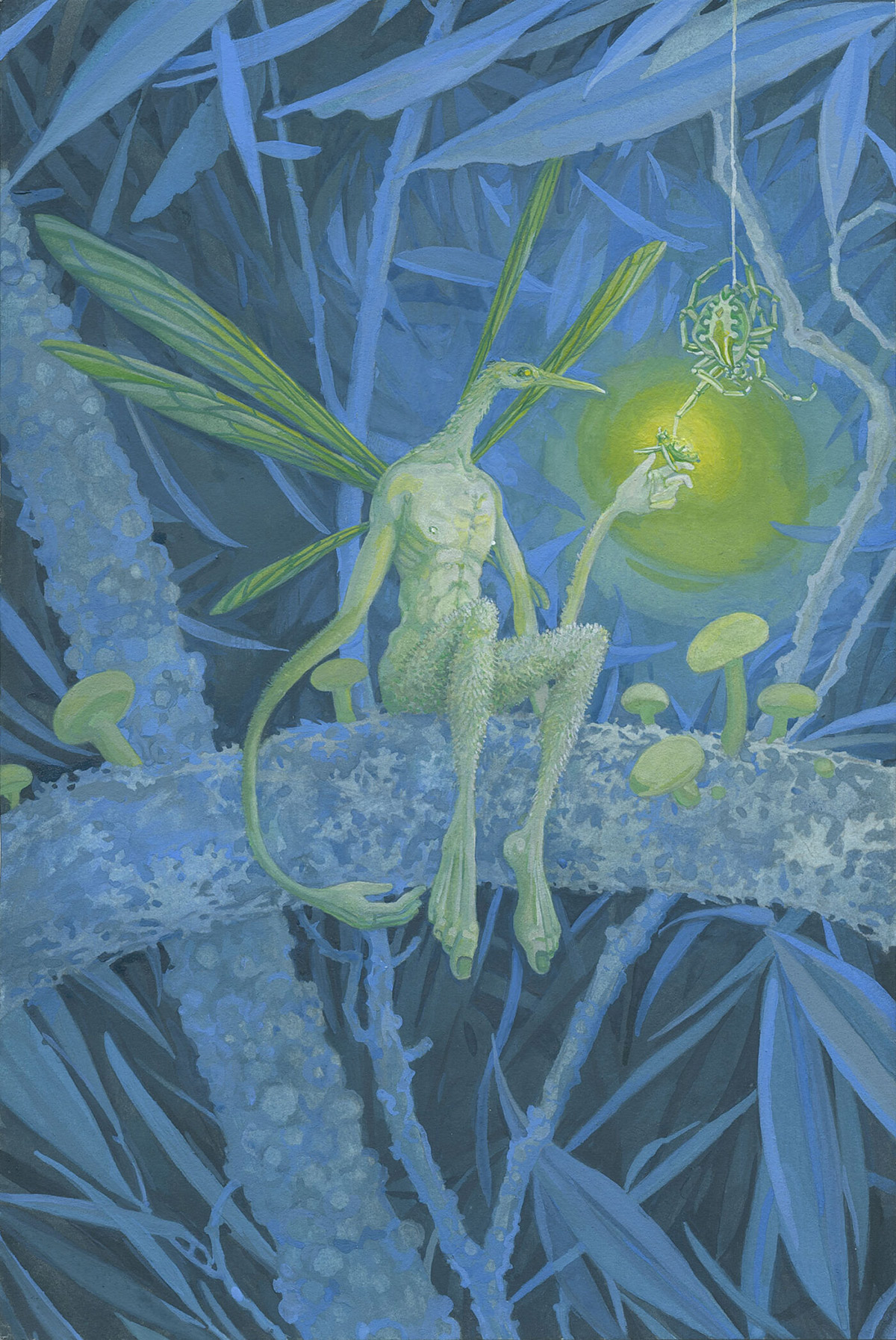 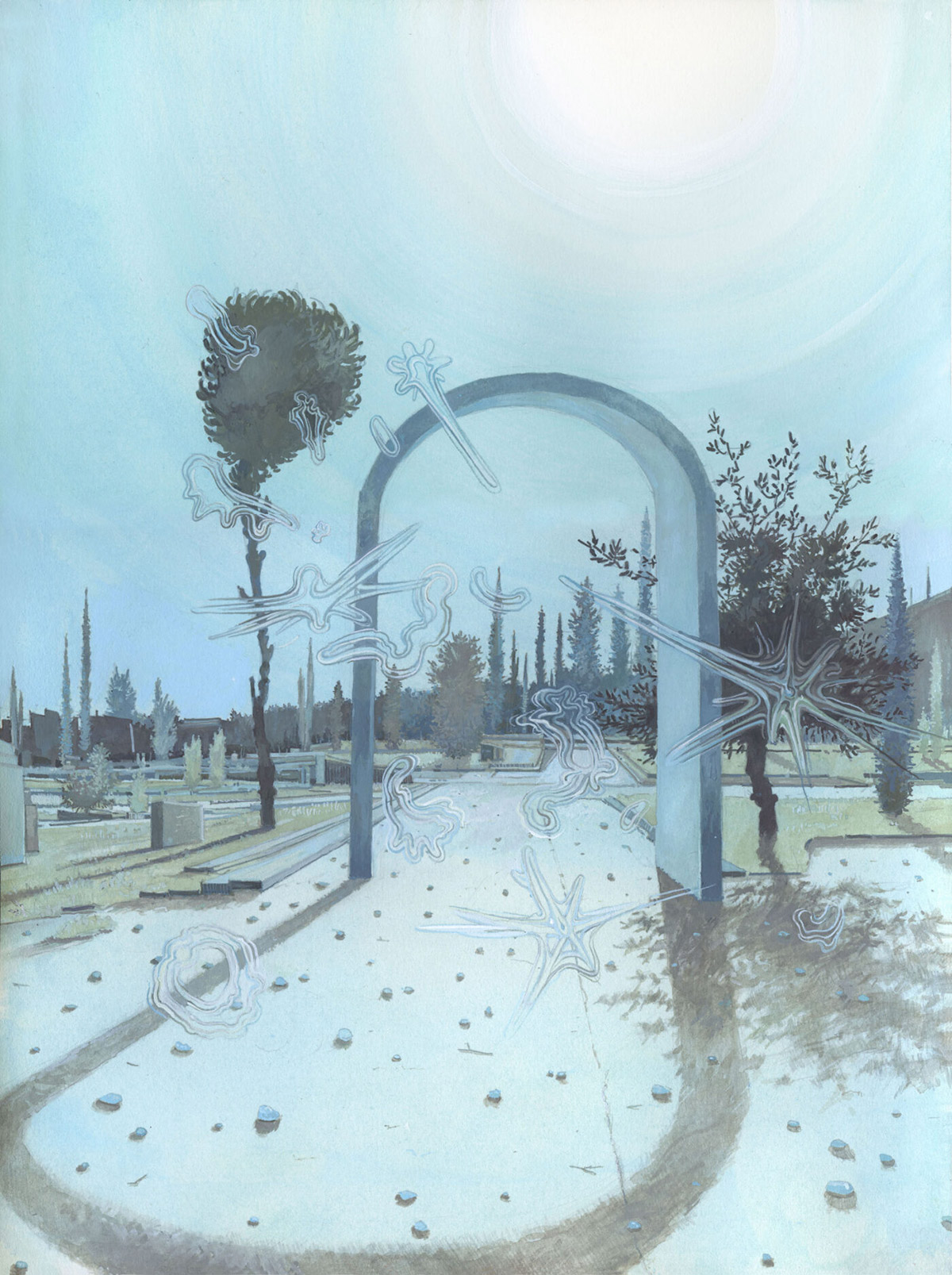 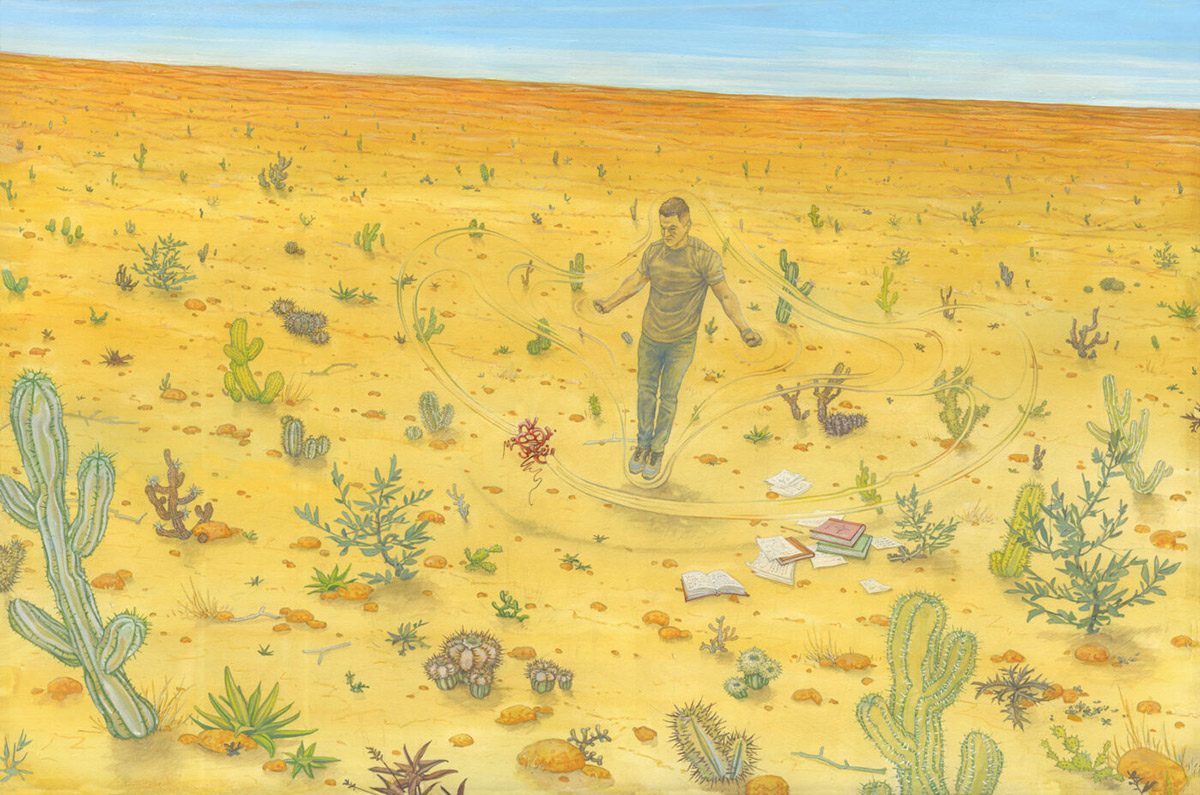 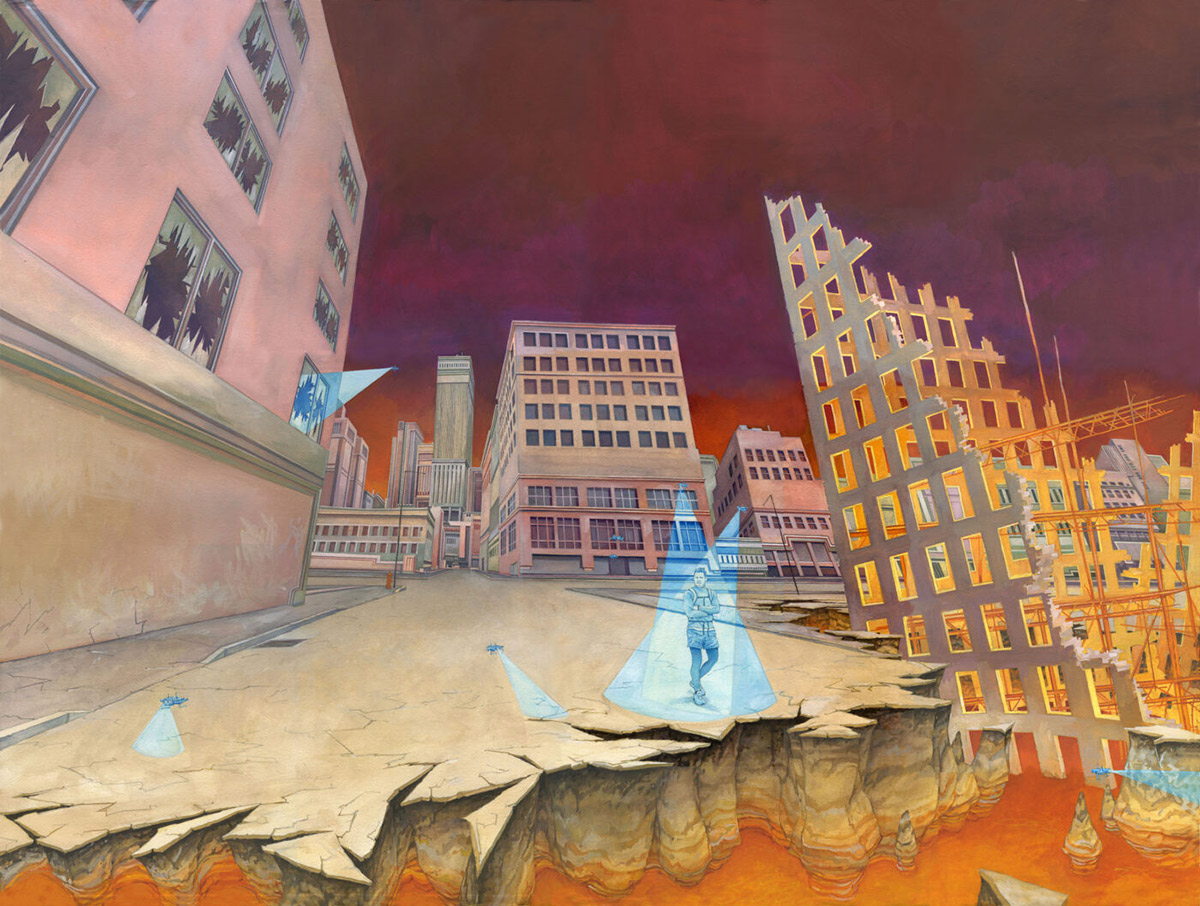 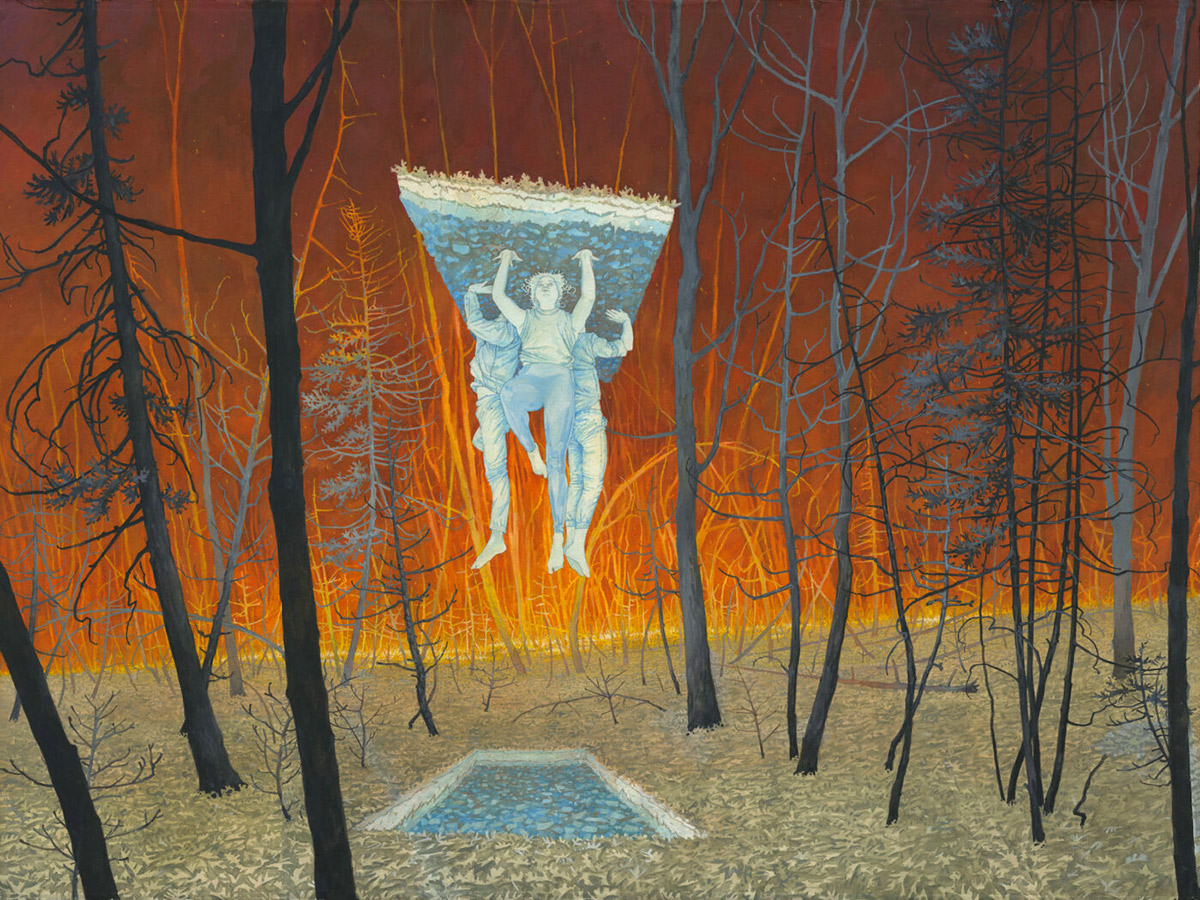 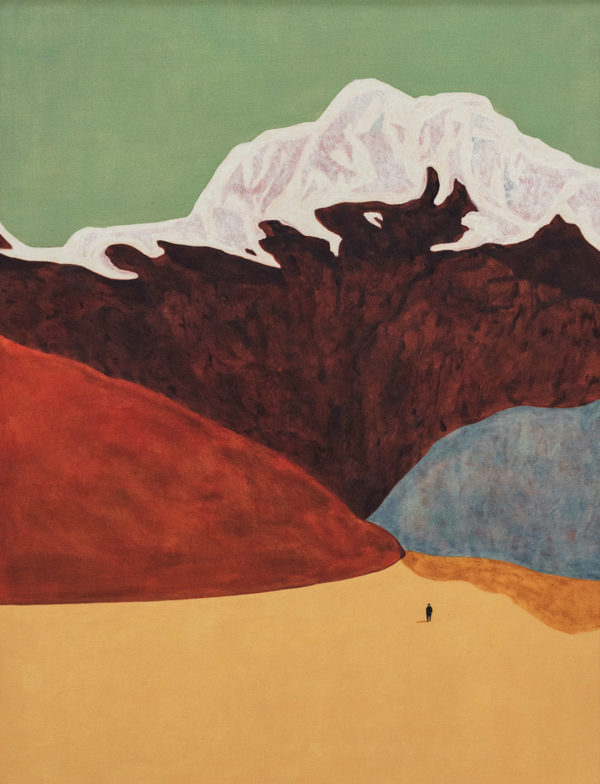 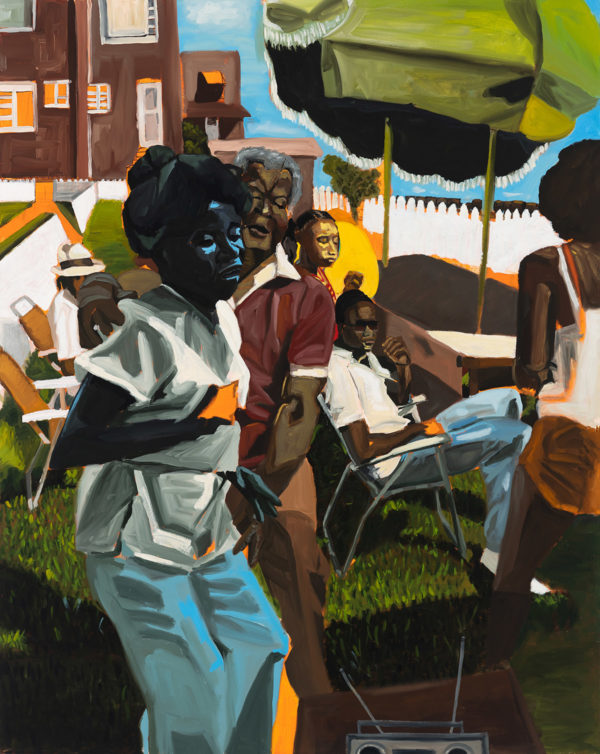