As part of our partnership with Emily Carr University of Art + Design, I’ve been interviewing recent grads about their work. This has been a fun way to reconnect with the school I attended (years ago) and it’s really inspiring to see all the talent coming out of there. Hope you enjoy this little series!

Next up is Edward Madojemu, a concept artist and animator specializing in animation and game development using spatial tools. Edward studied at Emily Carr University, where he received a BMA in 2D and Experimental Animation and began his research into spatial workflows and virtual filmmaking, supported by The Basically Good Media Lab. Through exploring new methods of storytelling and drawing on his experiences growing up in Nigeria, Edward hopes to bring Afrocentric narratives into the limelight.

Jeff Hamada: I know a lot of the inspiration for your work comes directly from your experiences growing up in Nigeria. Can you talk a bit about how your experience there shaped who you are now?

Edward Madojemu: I think growing up in Nigeria has really skewed my perspectives on a lot of things. It’s not the greatest place in the world to live so I was exposed to a lot of harsh realities at a young age. A lot of things that are the default here aren’t readily available back home, so I like to think that it’s given me a deeper appreciation for the luxuries I have today such as, like in my film, stable electricity.

JH: Was there a specific moment where you realised you wanted to create things and tell stories?

EM: It’s hard to pinpoint a specific moment, I’ve been doodling and sketching since as far as I can remember. In grade school, teachers would seize my notebooks because I’d be drawing comics during class. However, I’d say it truly cemented for me when I started helping my older brother make live action short films. I’d help him with storyboards or sometimes even act in them and when he’d put it all together it would blow my mind. I knew it was something I wanted to pursue not long after.

JH: Your film “Lightcatchers” has quite a unique visual style, what’s your process for creating this particular kind of animation?

EM: Thank you! “Lightcatchers” was animated almost entirely in virtual reality using an application called Quill that allows you to draw and animate in three-dimensional space. The process is like an amalgam of stop-motion and traditional 2D animation, where the characters and environments are initially drawn and painted but, because they are three-dimensional, can be posed frame by frame like puppets. After the animation is done, it’s taken into the game engine Unity, where lighting and post effects are added to enhance the visuals. I was hoping that by working in this way I could blend elements of both 2D and 3D art in a way that feels natural and unique.

JH: I like that the world you created feels very realistic and then these Lightcatcher characters add a little surreal touch. Are they part of a larger concept? It feels like you could make another film that might include them and continue to expand on what’s here.

EM: Thank you, that was the vibe I was going for. There’s definitely more to the Lightcatchers than the film lets on, I’ve even hidden some clues in the opening moments of the film as to what they could be or where they come from. I wanted to create the feeling that there’s a bigger world outside of what we see in the film, hopefully I’ll be able to show more of it in the future.

JH: You obviously have a love of video games, I love the reference to The Last of Us in your film. What are some other games or films or artists influencing your work?

EM: I’m glad you caught the reference. Video games have been a great influence on me growing up. I’ve taken inspiration from games like Control, films like Dope, and Spider-man: Into the Spider-Verse, and concept artists like Yun Ling.

JH: Do you feel like you’ve found your creative voice?

EM: I think I have, yes. Working on this film taught me a lot about myself and where I lean as a storyteller.

JH: What’s one thing you’d like to accomplish this next year?

EM: I’d like to send my parents on an all-expenses-paid vacation somewhere. They’ve been very supportive of my hobbies and interests my entire life, I really would not have gotten anywhere if not for their efforts.

JH: What about one thing you’d like to accomplish in your lifetime?

EM: I’d like to significantly improve life in Nigeria. I know it’s very vague and maybe a little unrealistic but hopefully I’ll have a lifetime to figure out how. 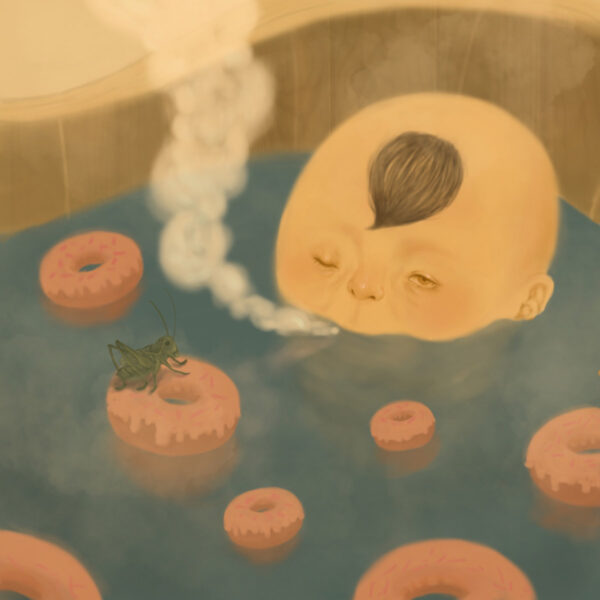