Based near Detroit, Michigan, artist Jonathon Downing merges his loves of basketball and classical figure painting in the creation of his surreal portraits. Simultaneously grand and intimate, Downing’s singular aesthetic stems from his background in photo montage. He depicts his subjects—uncanny fusions of various portraits—draped in the jerseys of their favorite players, exploring themes of grandeur, perseverance, and the relationship between idol and idolizer.

“My paintings aim to depict subjects that are simultaneously monstrous amalgamations of portraiture and honest, complex readings of people,” Downing explains. “These subjects are naturally seen as the idolizer, but upon closer inspection, could be seen as mirror images of the idols themselves, adapting aspects of the latter in search of a singular identity. It is through this relationship, my process, and the aesthetics I curate, that my paintings allow for new conversations to be made about an age-old game.”

A selection of these images are on view through September as part of Downing’s debut solo show, ‘Countryside Jumpshot,’ curated by League OTO, at NYCH Gallery, Chicago.

See more from Jonathon Downing below! 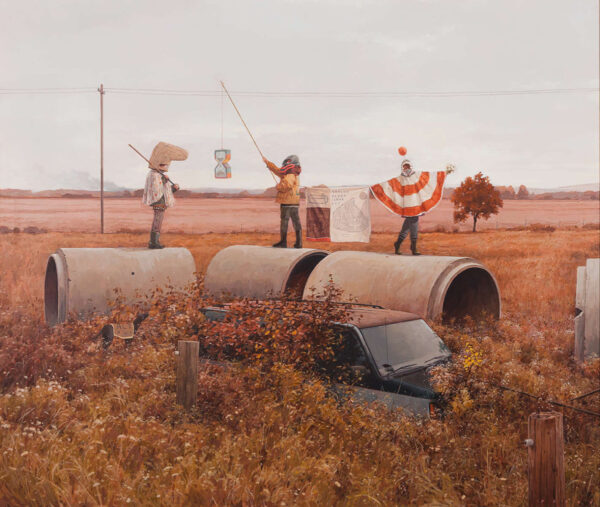 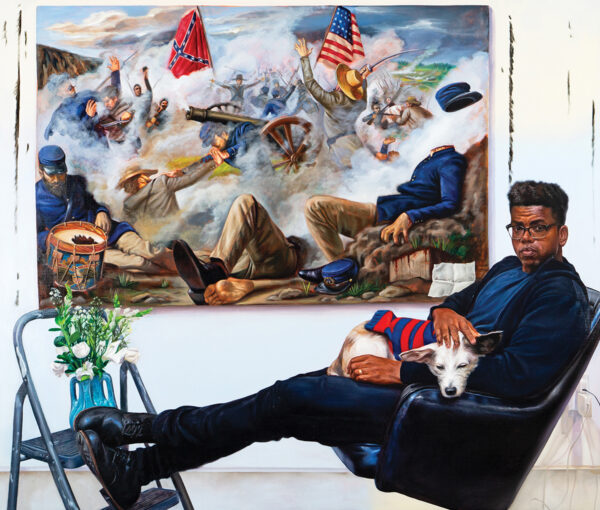 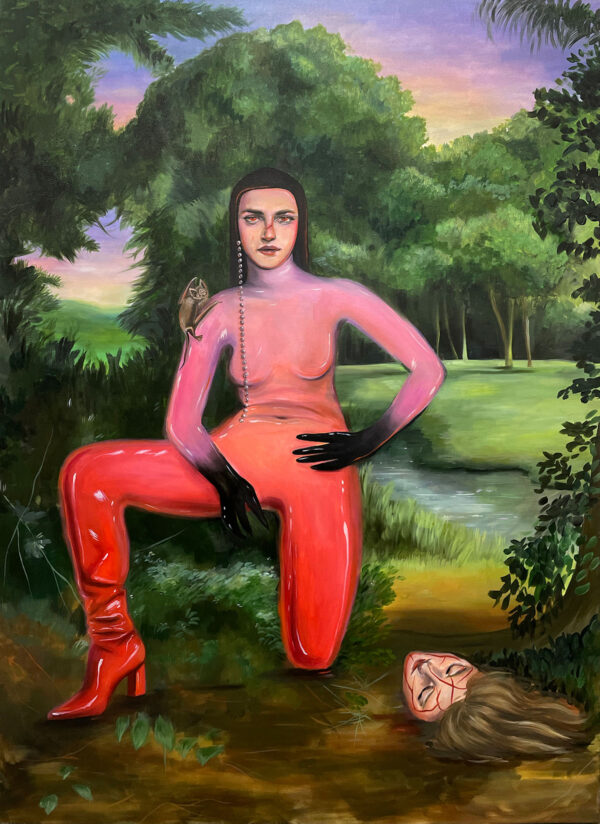