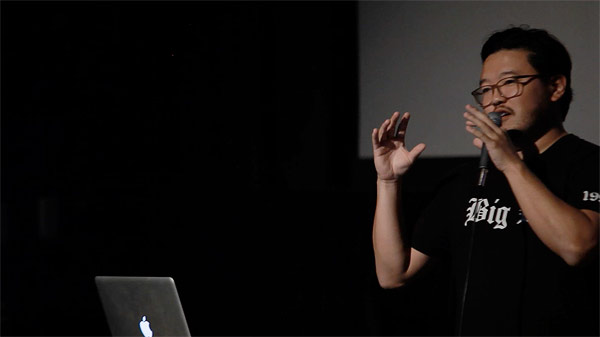 In July, I flew down to Los Angeles to speak as part of Imprint Culture Lab’s on-going lecture series. One of the last speakers they had was David Choe so I had a fairly tough act to follow (he began his talk by smashing a chair on stage). Two years ago I set a goal for myself to say yes to public speaking events until I actually enjoyed doing them, and I’m excited to announce I may not ever speak publicly again; I actually enjoyed this one.

I don’t want to give away my whole talk, I’d rather you just watch it, but there’s a healthy amount of embarrassing stories, and things I’ve observed about the Internet. Specifically the way in which it’s killing creativity without most people noticing it.

Watch the full hour-long video below (if you have nothing better to do), and if you have any thoughts/insights about anything I touch on I’m totally into having a discussion in the comments section!

Hope you enjoy it.

PS – Huge huge gigantic thanks to everyone who came out to the talk in LA, it was really fun meeting so many of you in person!