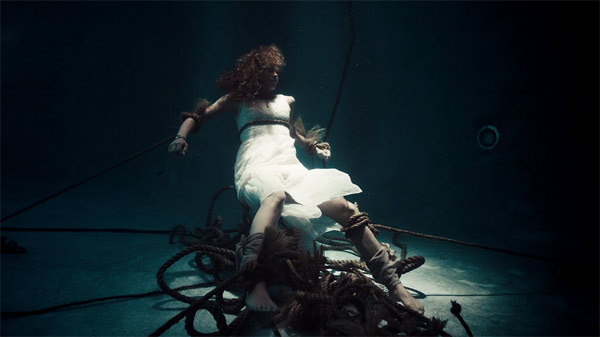 Directors TS&R spent a few years planning one of the riskiest music videos I’ve seen in awhile. It’s risky in terms of the actual production but also in what it asks of the audience. The team at Pier Pictures had a bold vision to make a single-take music video featuring a character in a life-or-death situation, filmed entirely underwater for the duration of the song.

While it was not my favourite thing to watch, I applaud the efforts of those involved (especially world champion freediver Marina Kazankova) to create something more experiential than your typical rock music video.

Watch the video for Highly Suspect’s “Lydia” below.