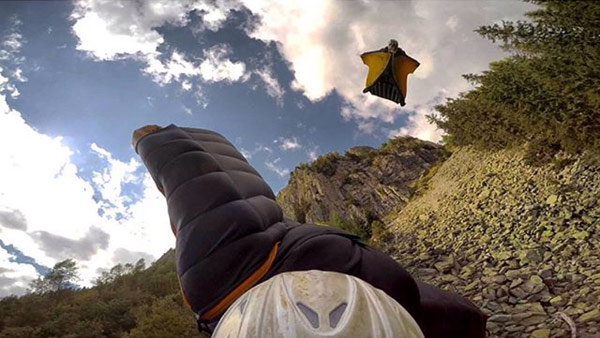 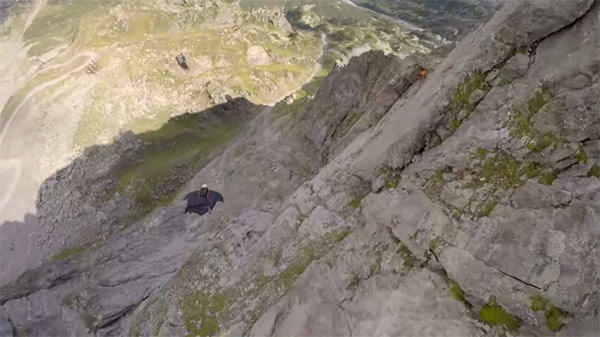 Graham Dickinson and his filmer, The Great Dario, have a deathwish. This entire video is beyond comprehension; it almost looks like bad CG. Like if you dressed up your friend as superman and had him lie on a table in front of a green screen, or like Neo in whichever Matrix it was where he flew around everywhere.

I can’t believe this is real. According to Sploid they’re both flying at over 110 mph, inches from death. I’ve seen wingsuit footage before but not like this. Watch the footage below.