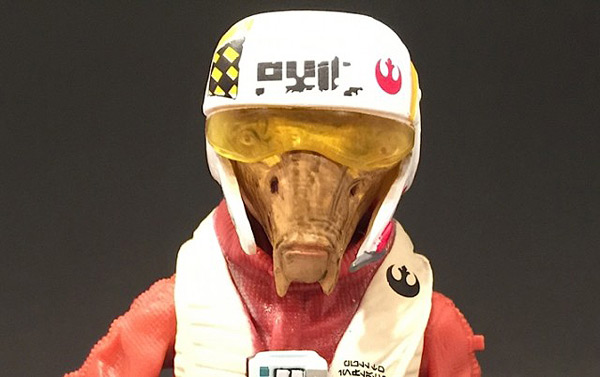 New Hasbro figurines give insight into the highly anticipated Star Wars: The Force Awakens, specifically one alien X-wing pilot named Ello Asty. Complete with “born to ill” written in Aurebesh (Star Wars lingo) on his helmet, the character is believed to be a Beastie Boys tribute by director J.J. Abrams (Abrams previously used “Sabotage” and “Body Movin'” in Star Trek (2009) and Star Trek Into Darkness (2013) respectively). Although as one Epicstream commenter has noted, the character name could also act as a double reference, spelling out L.O.S.T. (ell o as ty) another infamous Abrams project.