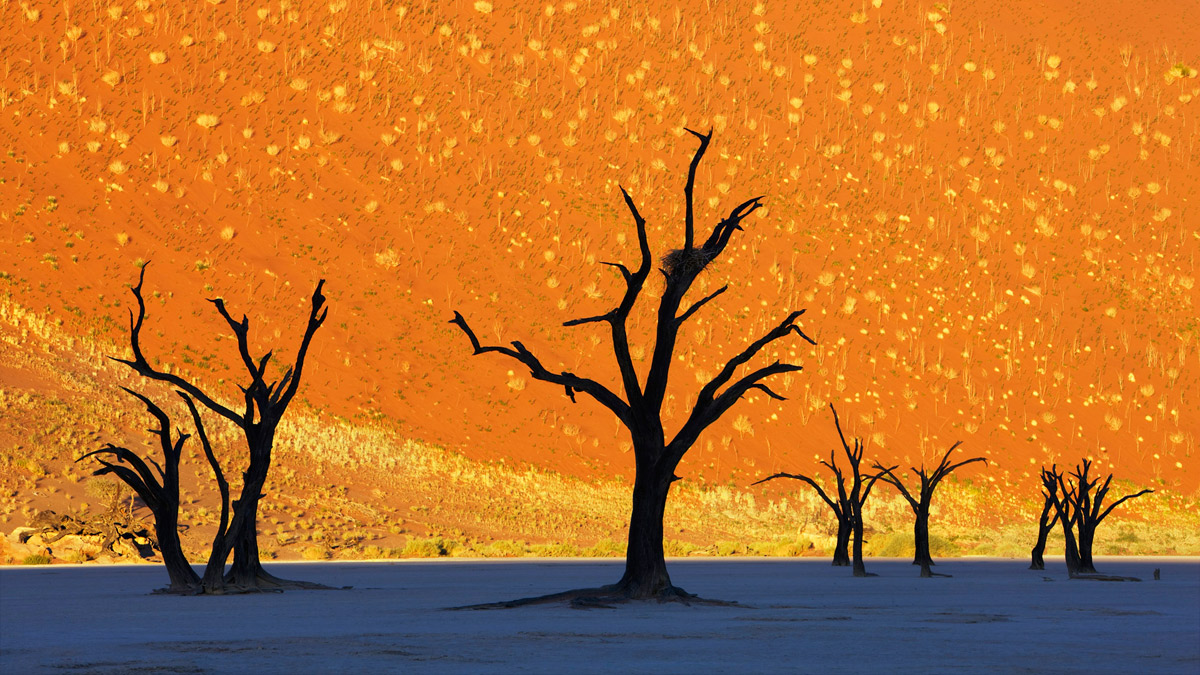 This is not a painting! The image above is a photo by Frank Krahmer (see the image larger). I saw this pop up on Reddit and had to investigate.

The image is from Namib-Naukluft National Park which is part of the Namib Desert (considered the world’s oldest desert according to Wikipedia). I found a similar image on National Geographic which gives you a sense of the scale of the dunes and camel thorn trees. The image below was shot by Frans Lanting. 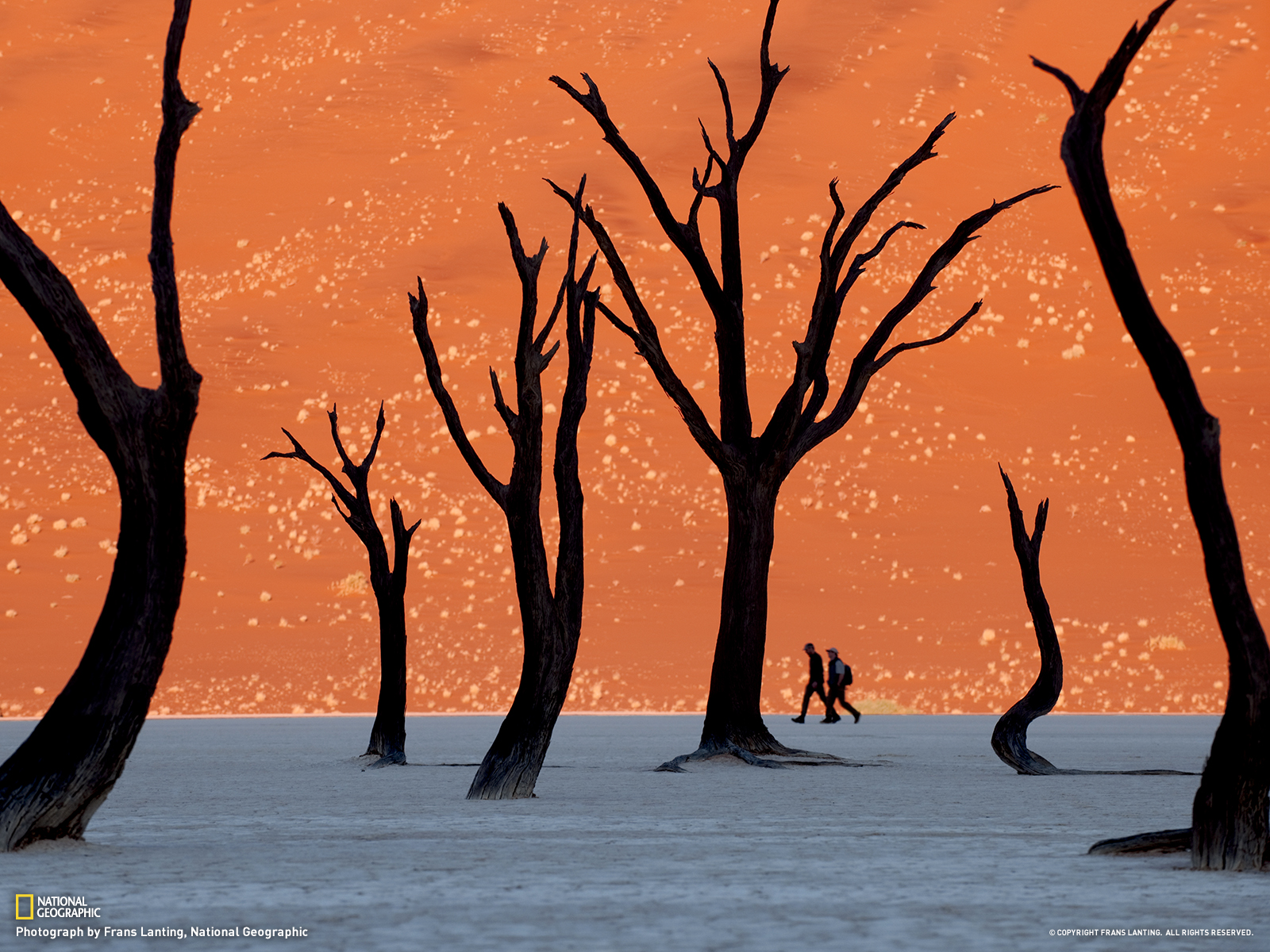 Redditors are trying to figure out what conditions allow for the extreme colour palette in the images and my favourite explanation is this very realistic drawing by thevdude: 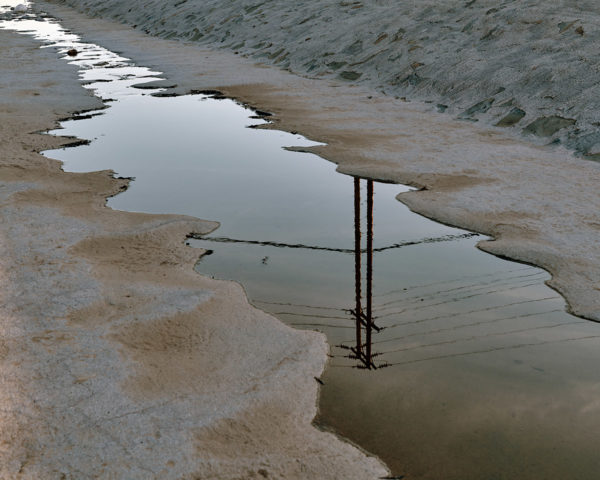 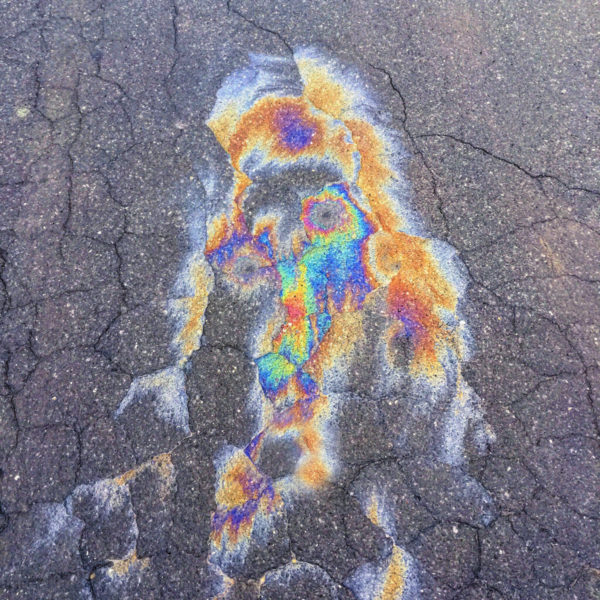 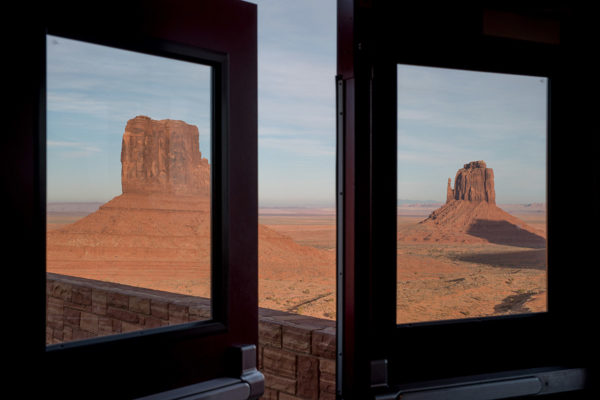