Artist Jean-Michel Basquiat’s first large-scale UK exhibition, Boom for Real, opens September 21st at the Barbican. Banksy has marked the occasion by putting up two new murals in the vicinity. While touching on issues of race similar to those addressed in Basquiat’s own work, they also draw attention to the irony of a venue like the Barbican, which has strict policies regarding graffiti on its own walls, playing host to an artist who started out on the streets of New York as half of the graffiti duo SAMO©. See more images, taken by Patrick Nguyen for Arrested Motion below! 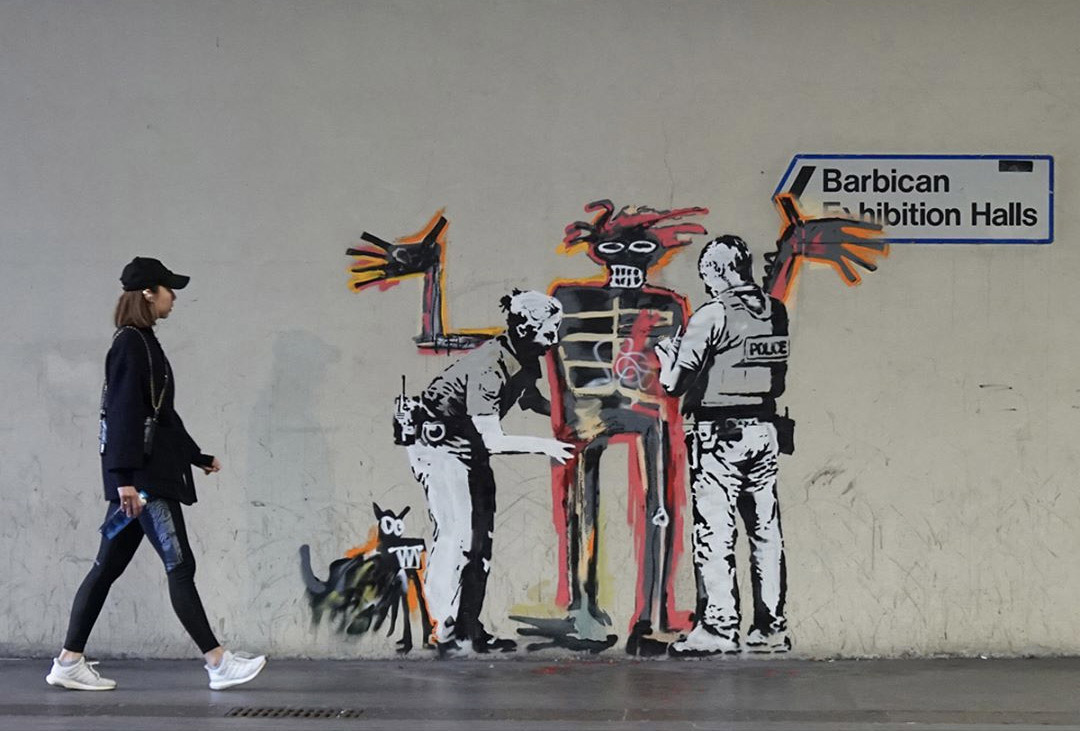 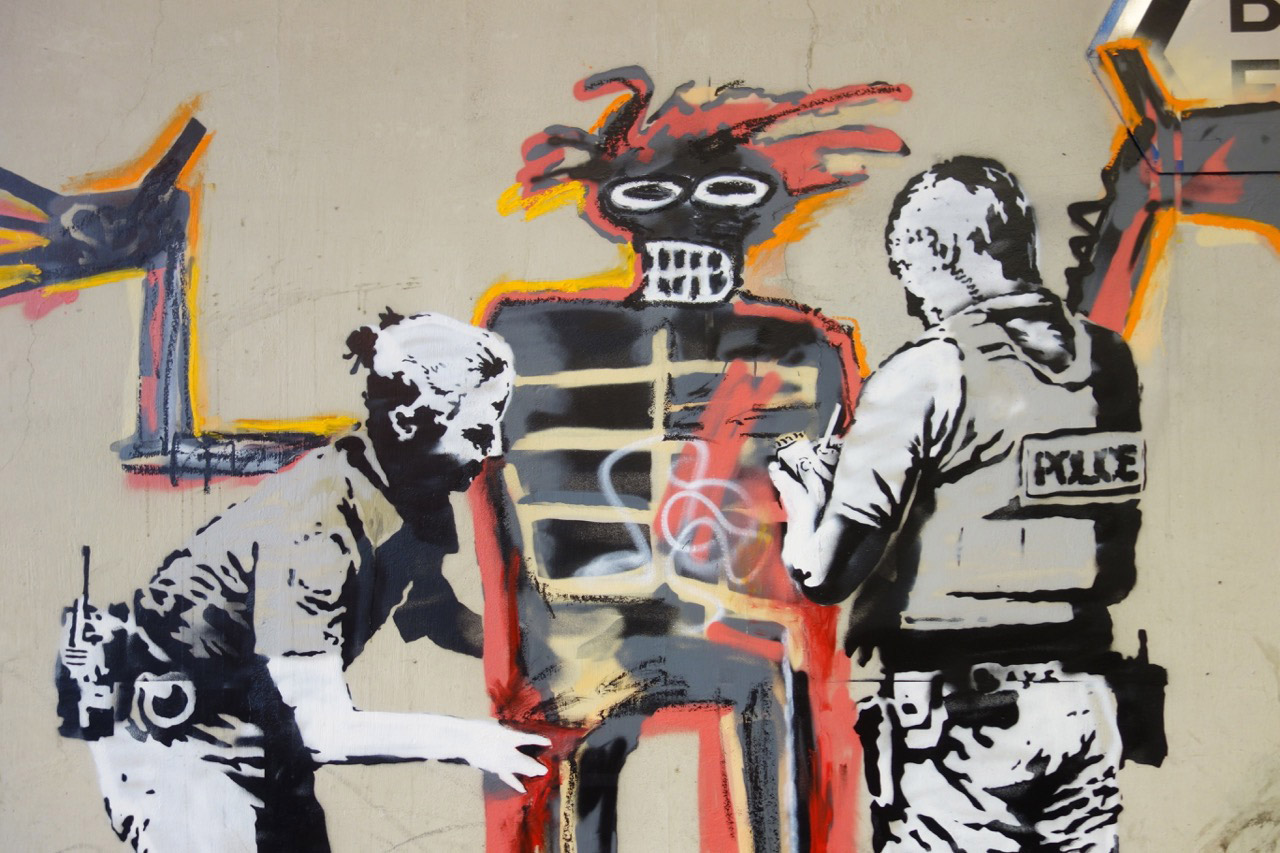 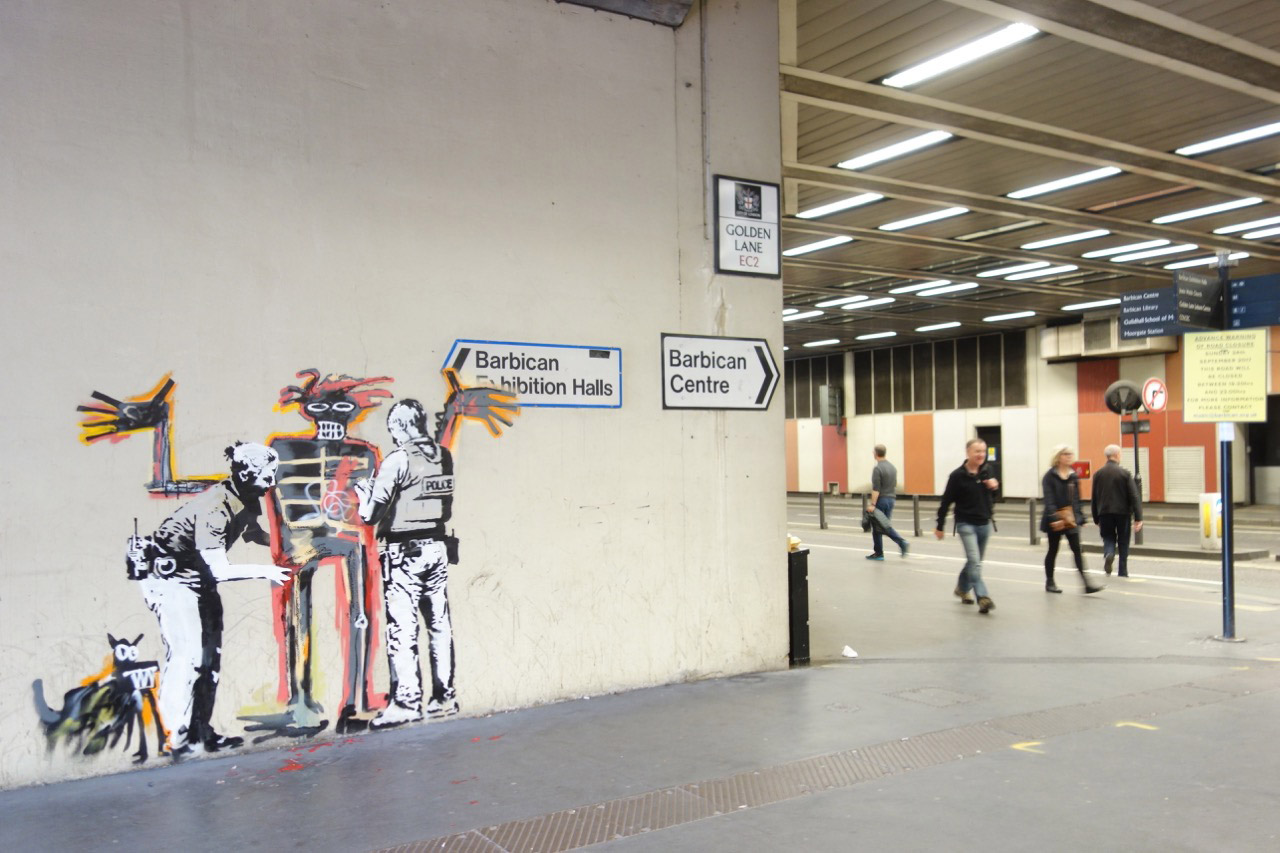 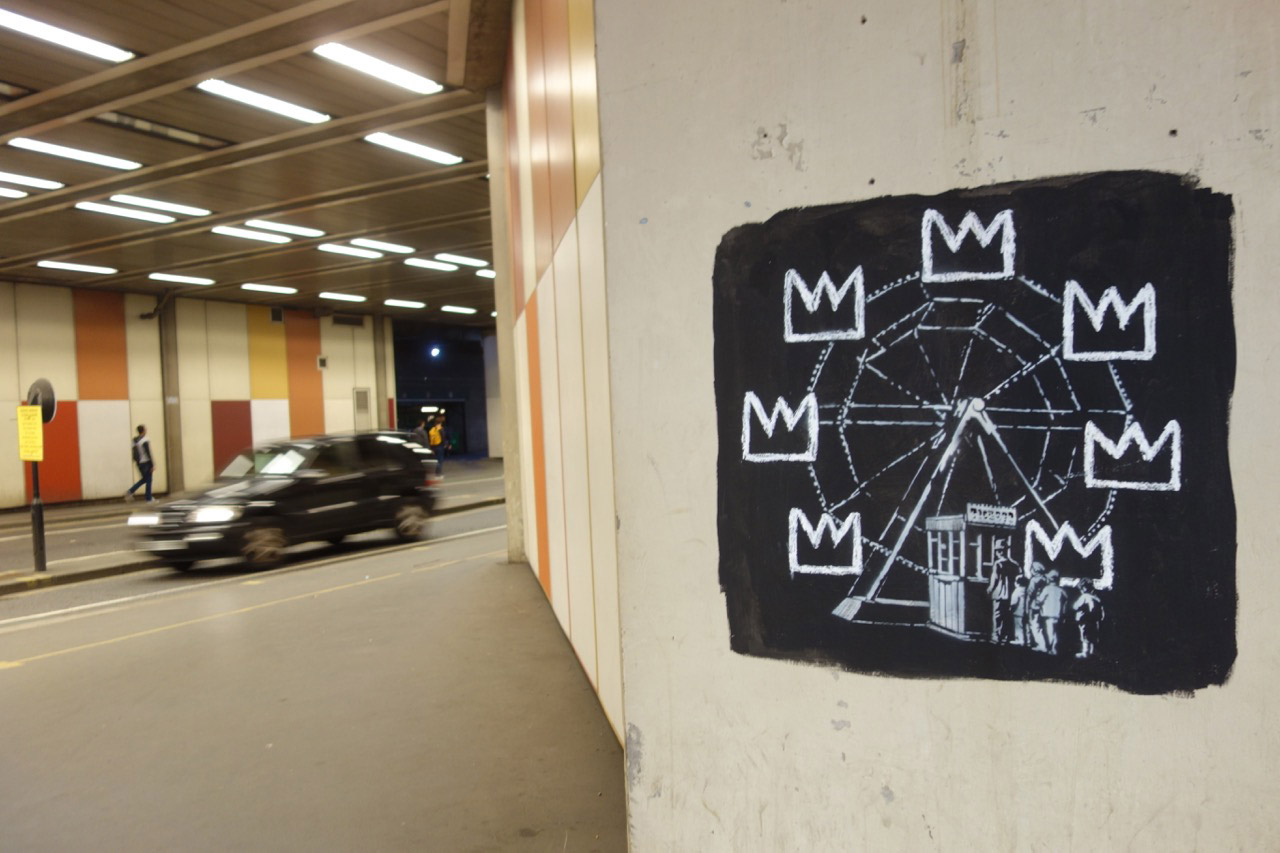 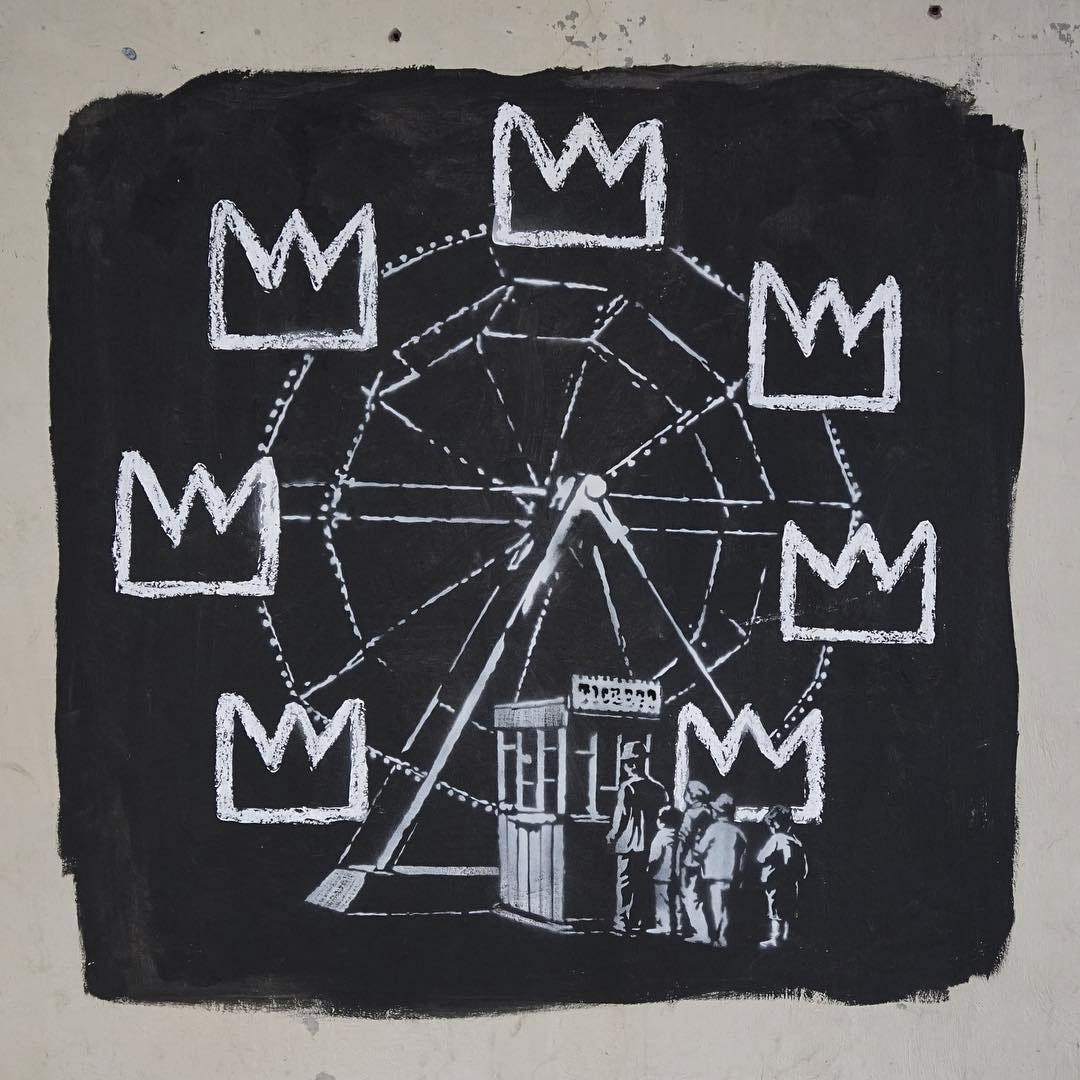 Via Colossal and Arrested Motion