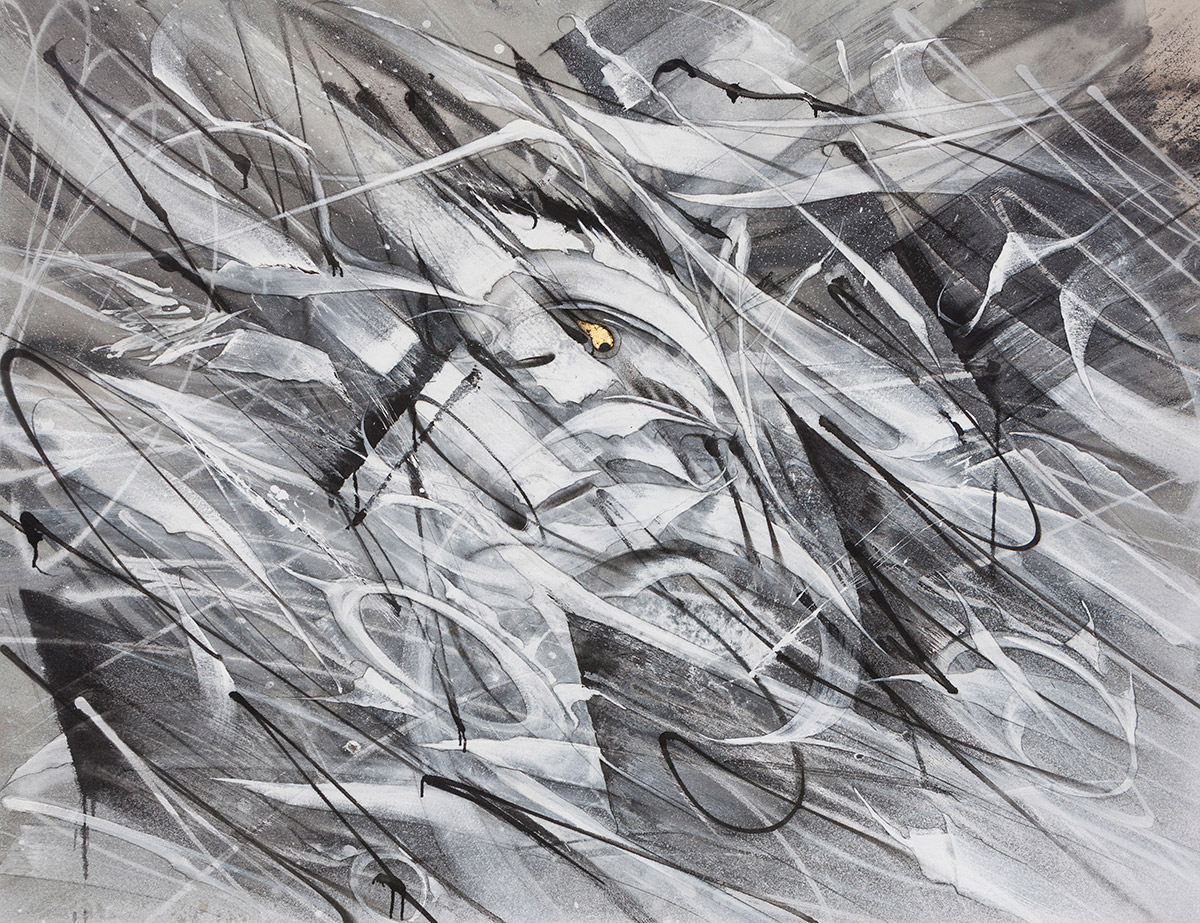 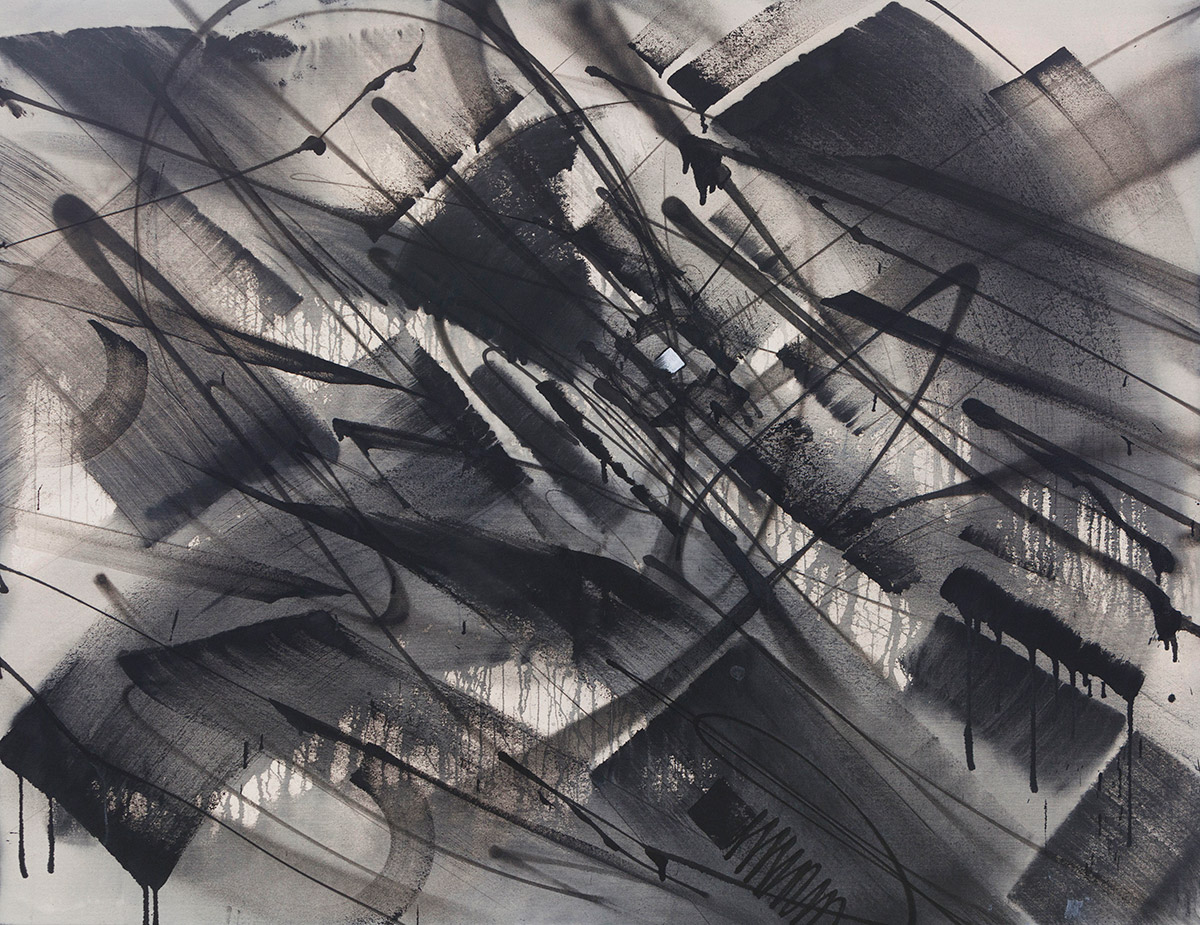 “When A MegaCity Stood Still And Silent”
Mixed media on raw canvas
4x6ft
@chinsgallery – Decoding City Of Angels Solo Show Bangkok
I happen to be in Bangkok when the entire country mourned their king. You could hear a pin drop in the busiest city in the world. Thousands of people wore black and didn’t speak for days. This series was inspired by this moment. 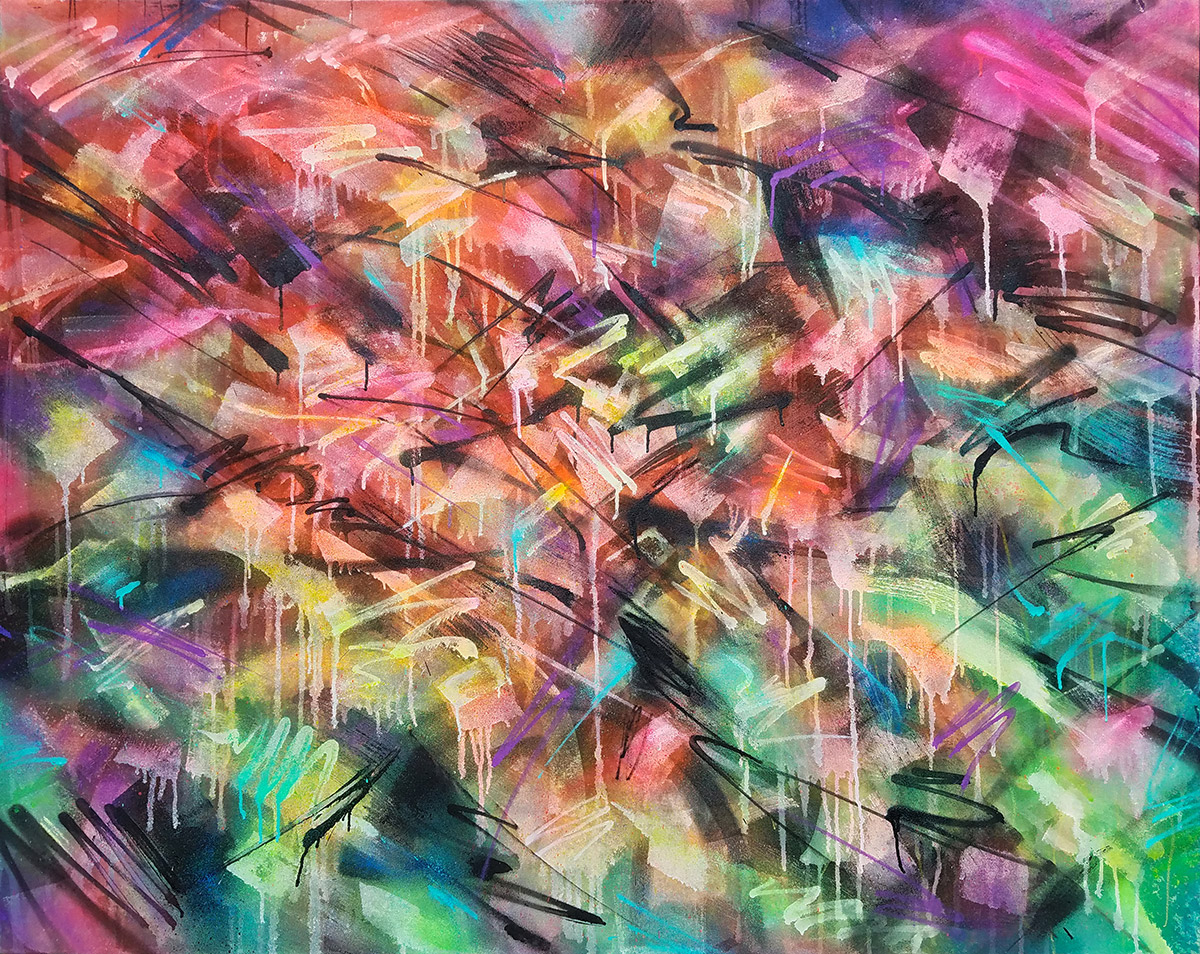 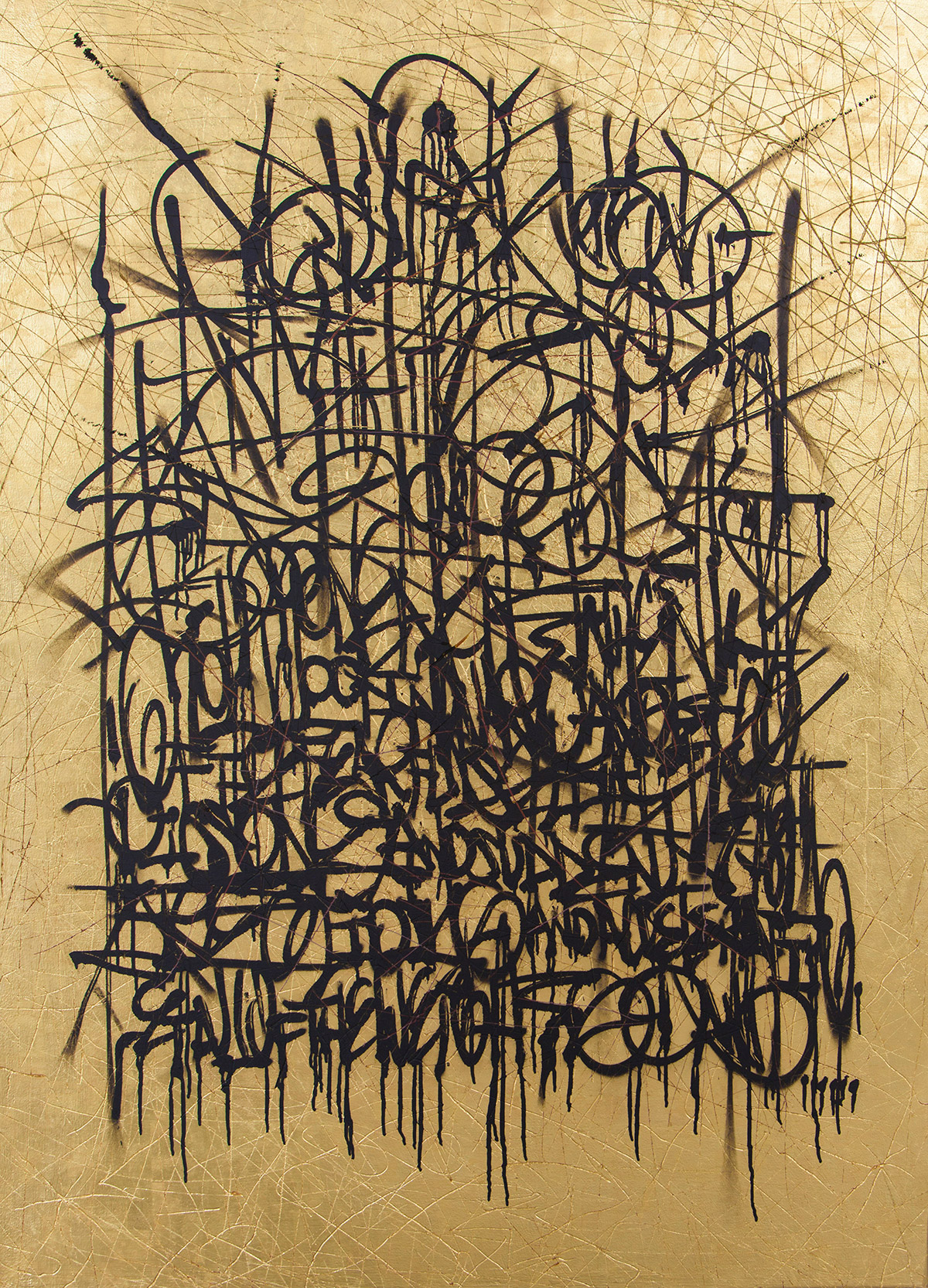 “Searching For Purity”
Spraypaint And Black Oil base on 24k GOLD LEAF
4x6ft
@chinsgallery – Decoding City Of Angels Solo Show Bangkok
“You are your only opponent. When you look inward and let go of the fearful self the weight dissolves and suddenly you are gliding and accelerating. Let all of the weight go and…” 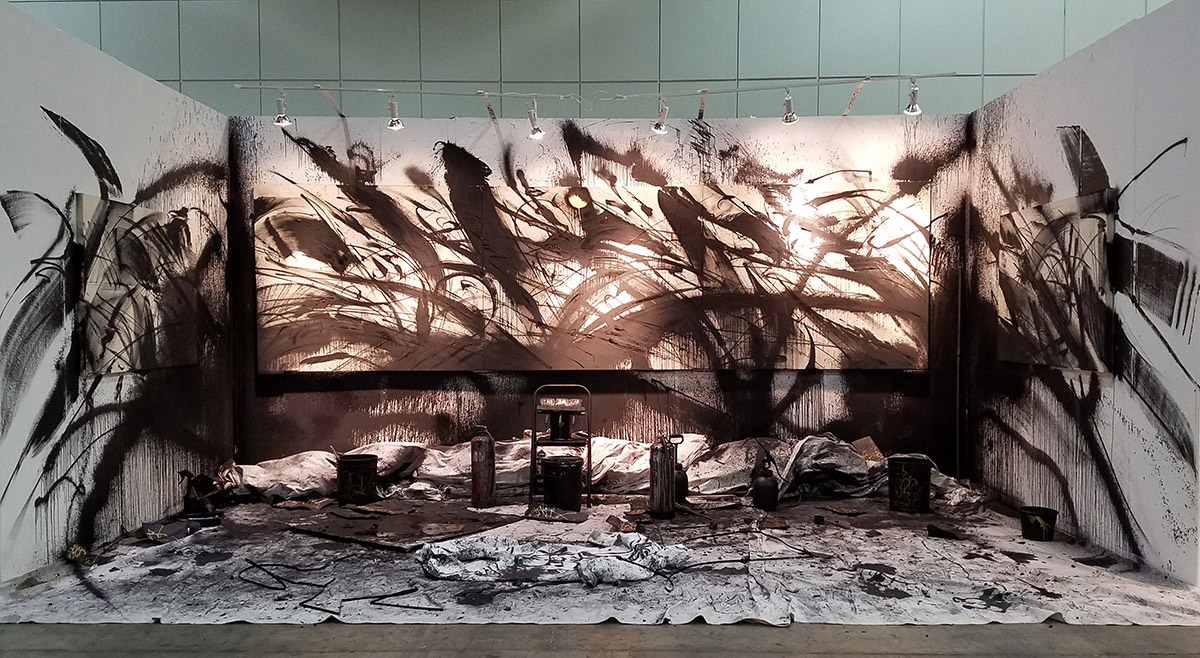 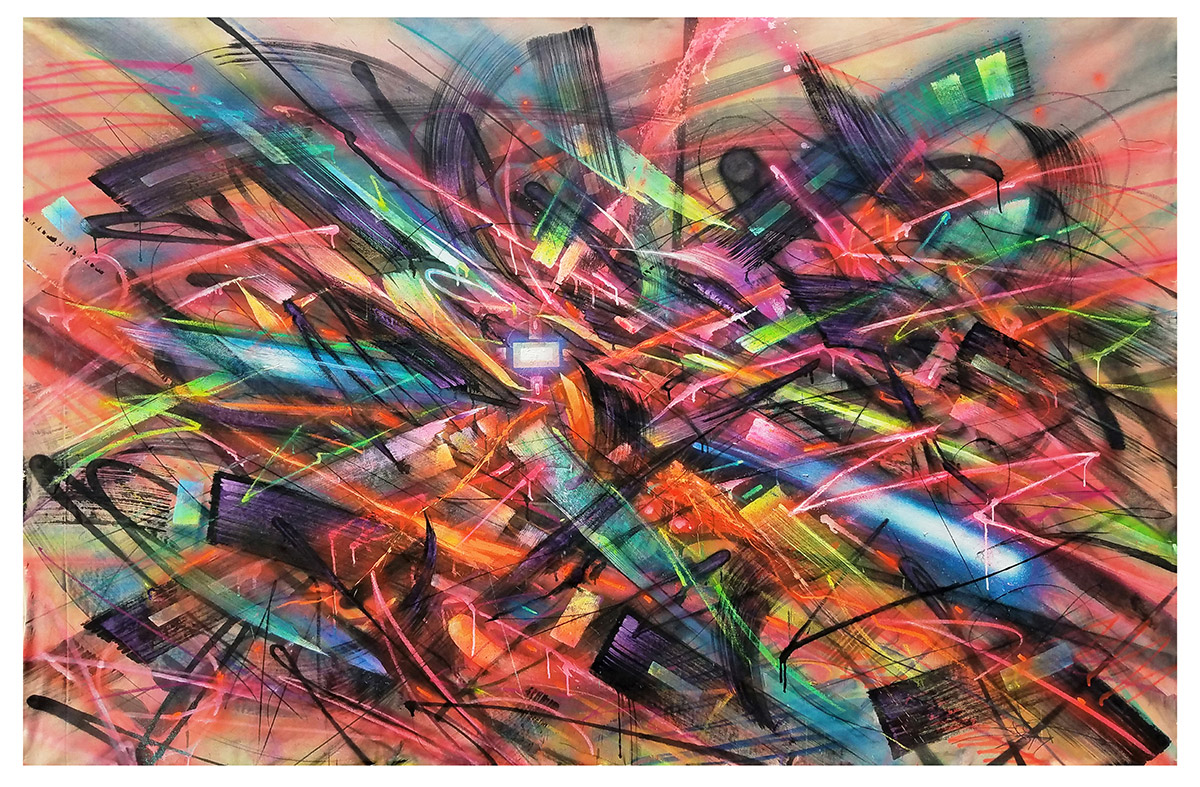 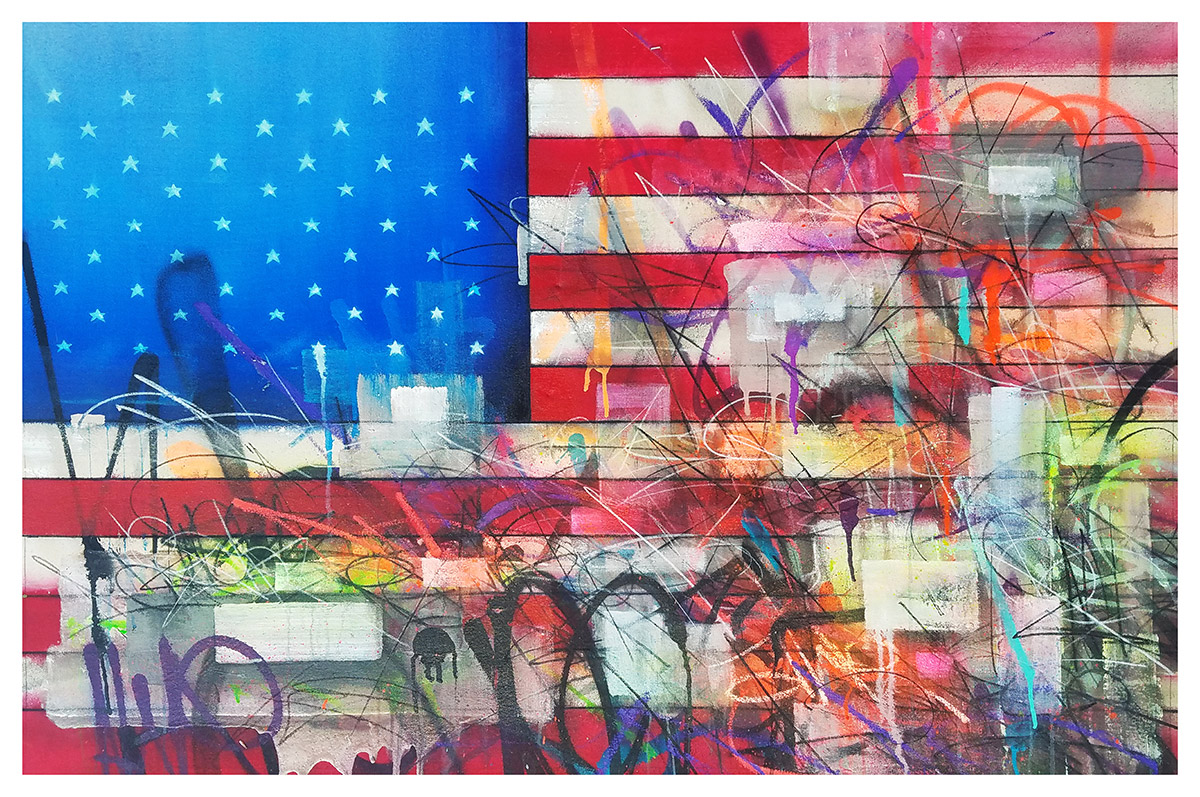 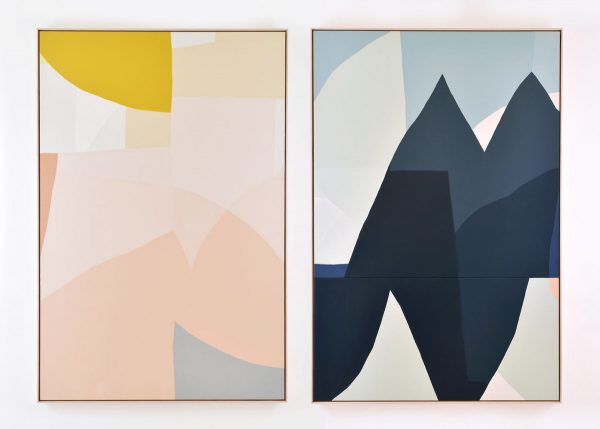 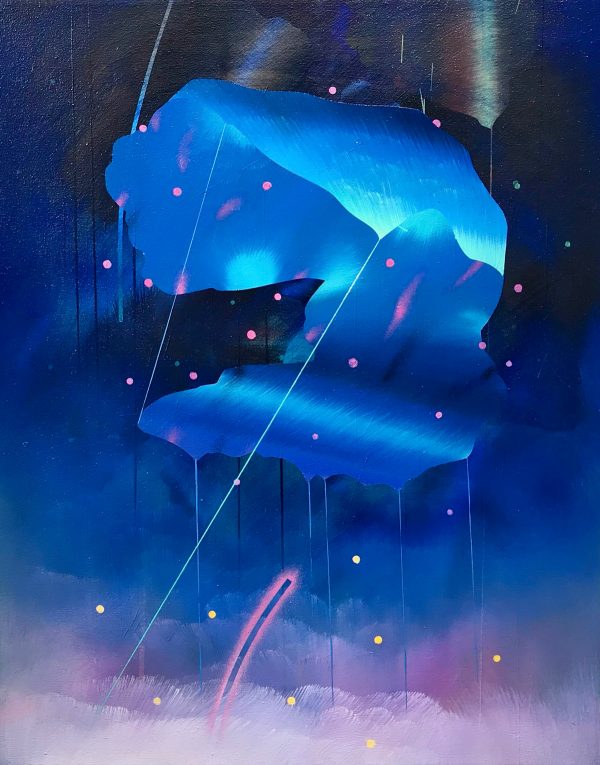 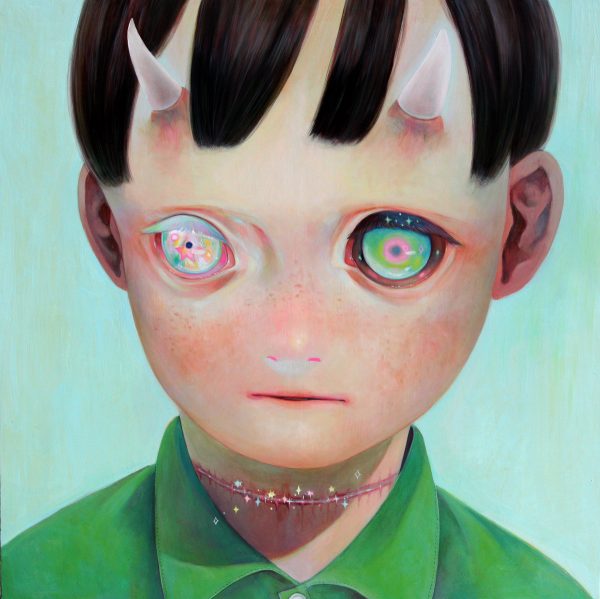