Camera Stories is an on-going series where we ask photographers to tell us about their favourite camera, and give us the story behind a meaningful image they captured with it. You can submit your own story here. This instalment features Vancouver-based filmmaker David Ehrenreich.

This is a Bolex Rex 4 that I bought off Craigslist. At first look, you might laugh and think a Bolex is just super kitschy, a Holga of filmmaking or some shit, but honestly they are elegant and all about simplicity and efficiency. Swiss built and designed machines used to handle war photography, they’ve stood the test of time. It’s the simplest way to shoot movie film, you wind it up, shoot 27 seconds, wind up again. That’s why they are great, ease of use, no massive batteries in the bag. 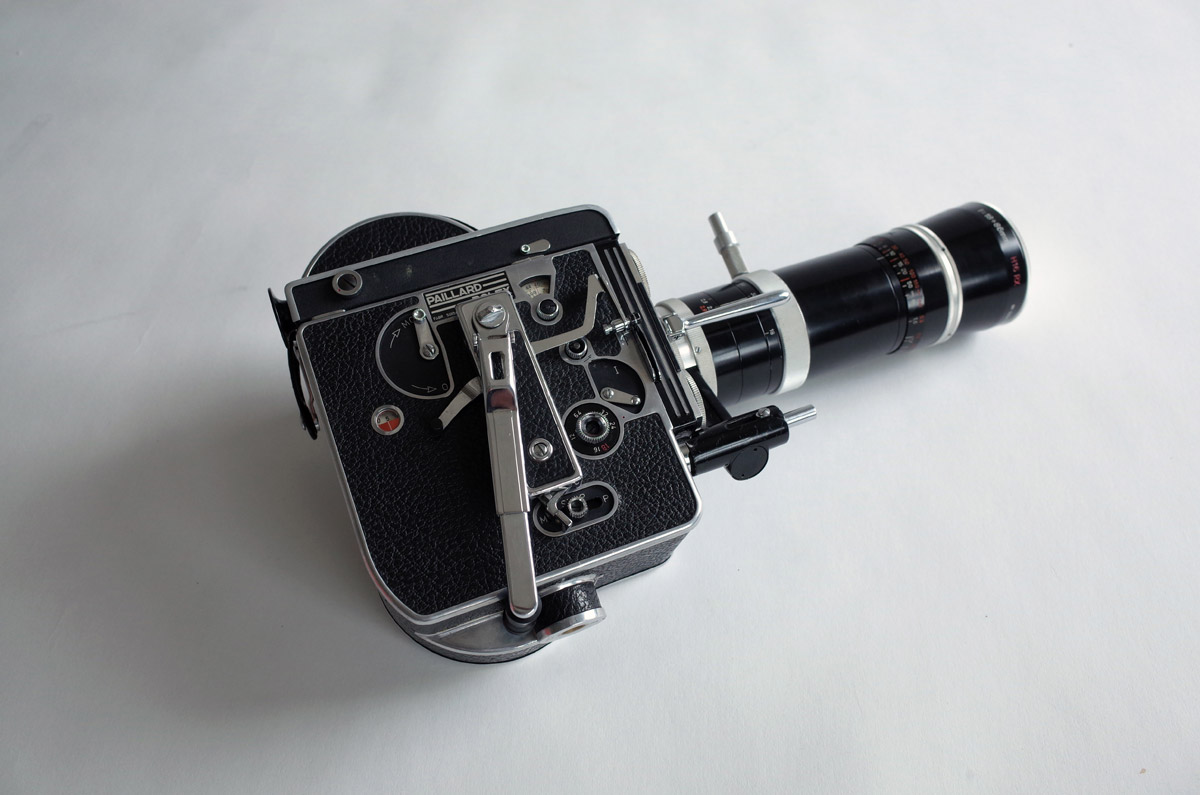 I wanted a Bolex to make a music video, so I bought this off a lady on craigslist. She had it listed at $900 with two c mount lenses but we settled on $700 because it’s a buyer’s market when it comes to vintage cameras without practical purpose. Also $900 is a total rip-off. When I went to buy the camera it was a beautiful day and I’d been cooped up inside editing so I decided to walk from my house on Main St in Vancouver, over the Granville bridge to her place downtown. It took about 30 minutes. I grabbed money from my bank on the way, $800 because it was a nice even number and I’d have cash left over. I also had a $20 bill in my wallet.

I got to her address, a big cluster of condo’s close to the water downtown, and she brought the camera out into her lobby for the ritual semi awkward Craigslist examination. It came with the original leather case and she kept on selling this old case, going on about it and how it wasn’t included with the original posting. I told her nicely I didn’t care about the case, just that the camera ran well and she assured me it had been used, had worked well and hadn’t been used again. Her husband had been a collector she said. I tested it out best I could, the motor seemed to run great, the body was in great shape, and once I finally bring out my money and she looks at me with a stupid smirk and says, “$800”. We had clearly decided on $700 and I had come with us both knowing as such. “I looked around online” she said “and some are for $800 so I want that much.” I was pretty annoyed, I wanted to just leave like anyone with real conviction would but I’d walked all the way there, and had this project I wanted to shoot in a couple days. That stupid leather case make her feel vindicated in tacking on $100. I gave her my $800. I’d been played! She counts it very carefully and finds that one bill is missing a piece, these are fresh from the ATM but a corner is missing. “I won’t take this one, unacceptable, are you trying to rip me off?” So I take out that useless bill and replace it with the last one from my wallet. I’m actually pissed at this point, and she’s talking to my back as I walk out, “ I hope you’re really happy with our transaction here today, I am”. Off I walk, an overpriced camera in a stupid heavy retro leather case tucked under my arm, nothing but a ripped $20 bill in my wallet.

Fast forward a week, I use the camera and shoot four 100ft rolls of film on the little music project/camera test. When the film comes back I quickly learn the camera is, low and behold, messed up! The shutter is out of phase, the shoot is ruined, the whole image is smeared. I do some research online, consult some friends and find a guy in New Mexico who goes by the moniker, Dr. Bolex. His real name is Arthur. This Doctor is the Bolex guru of the new world, the go-to guy in North America. When he receives my camera the following week his description of the camera is ‘heavily tampered with’.

No moral to this story. Rich older women who own muti-million dollar condos in downtown Vancouver will rip you off on old camera purchases. Sweet people like Arthur in New Mexico might cut you a nice deal on a repair. I’m just happy someone out there is called the Bolex Doctor.

If anyone wants a vintage leather Bolex case send an address to Booooooom and it’s yours. 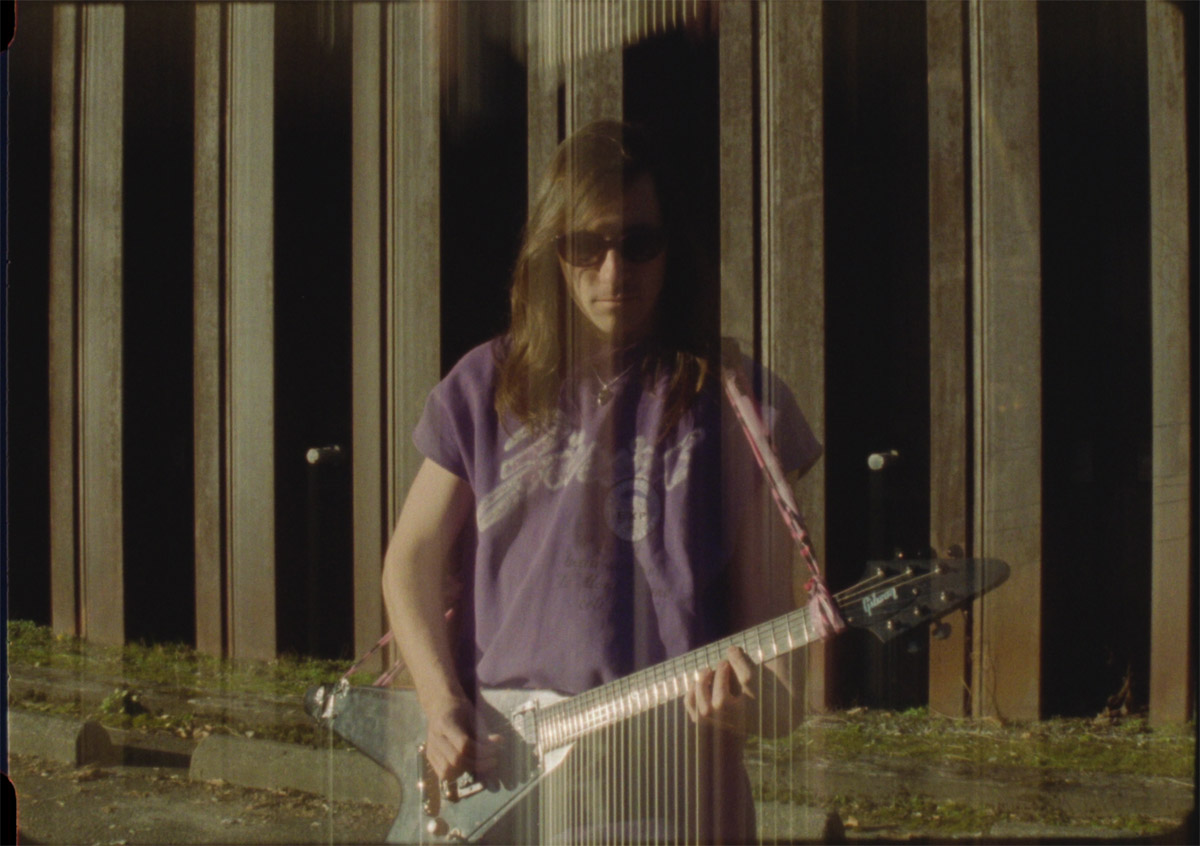 This is Spencer Hargreaves, guitarist from the band Jock Tears, in an example of the smearing actually looking pretty rad. If there’s anytime you might want a hundred lines of light shooting through your image it would be in a Sci-Fi film or wielding a flying V guitar. 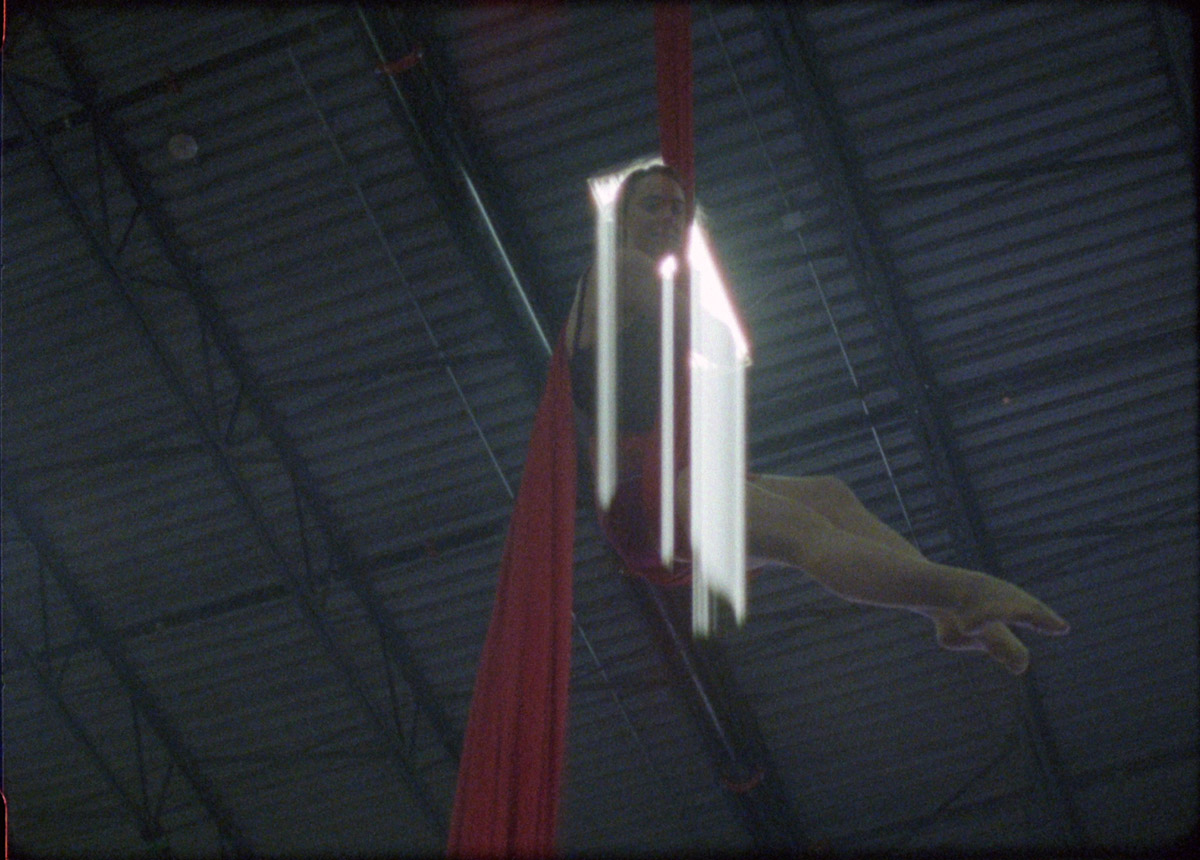 This is another example of the still image looking very intriguing, but believe me, the charm is lost when all the material looks like this. Maria Sample looking very casual up in the silk though.