A selection of recent paintings by Los Angeles-based artist Hannah Lupton Reinhard. Having grown up in a predominantly Jewish community with various assumed and normalized social expectations, Reinhard’s work can be seen as an interrogation of her relationship to her own lineage — an attempt to grapple with things like what it means to be a ‘nice Jewish girl’ or feelings of being simultaneously ‘too Jewish’ and ‘not Jewish enough.’ As she states:

“Judaism is a performative religion that relies deeply on the generational handing-down (L’dor v’dor) of traditions throughout a community. It is a religion of story-telling that has maintained itself through the repetition of narratives, and the rituals that come with them. It is a culture that relies on humor to cope with old histories, and create new ones.

Through the depiction and repetition of ritual objects, I want my paintings to over-perform and exaggerate Jewish rituals, while simultaneously hiding their Jewishness, burying it in color, pattern, ornament, and femininity. And through an over-performance of femininity–hair, lips, eyes, hands–I want to teeter between the lines of ugliness and beauty, the real and the unreal, memory and photography, heavy-handedness and delicacy. I seek to depict the Jewish woman as mischievous yet nurturing, desirable yet frightening, beautiful yet strange, almost like a siren or fairy or other-worldly creature… I want to force the viewer to dig past the initial sort of bait, the shiny finish, and find the complicated, hard-to-articulate feelings.”

Check out more images below! 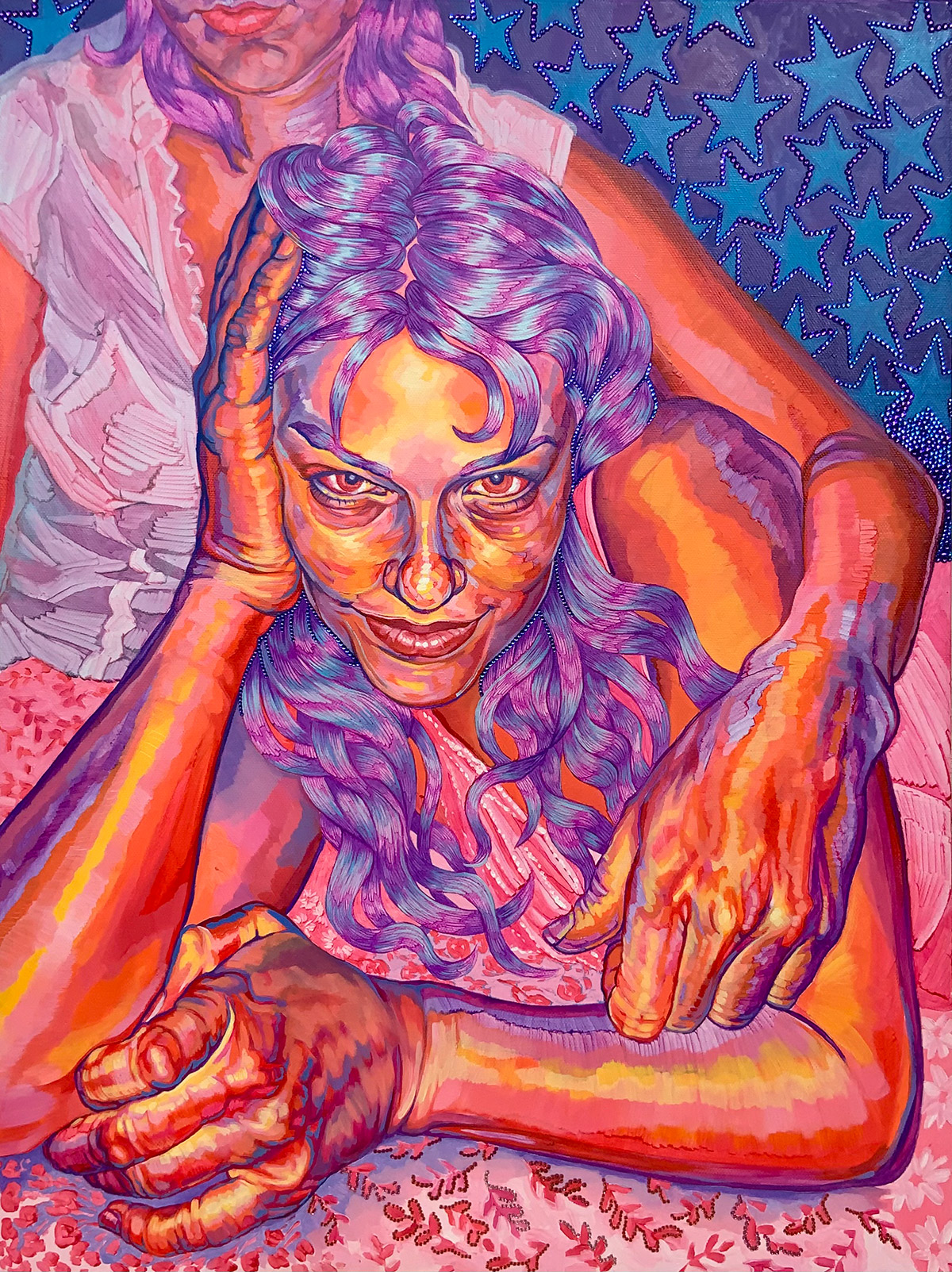 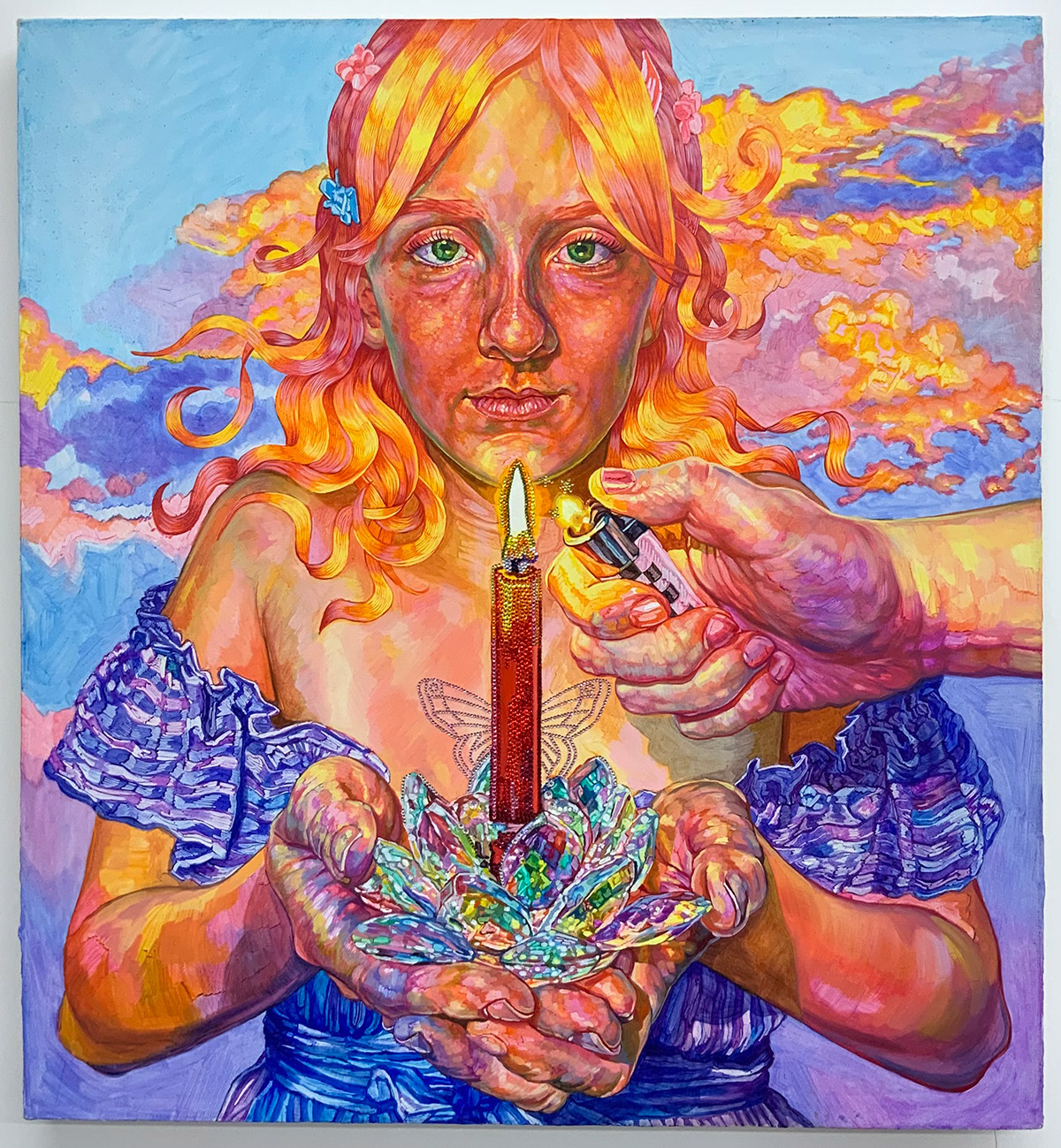 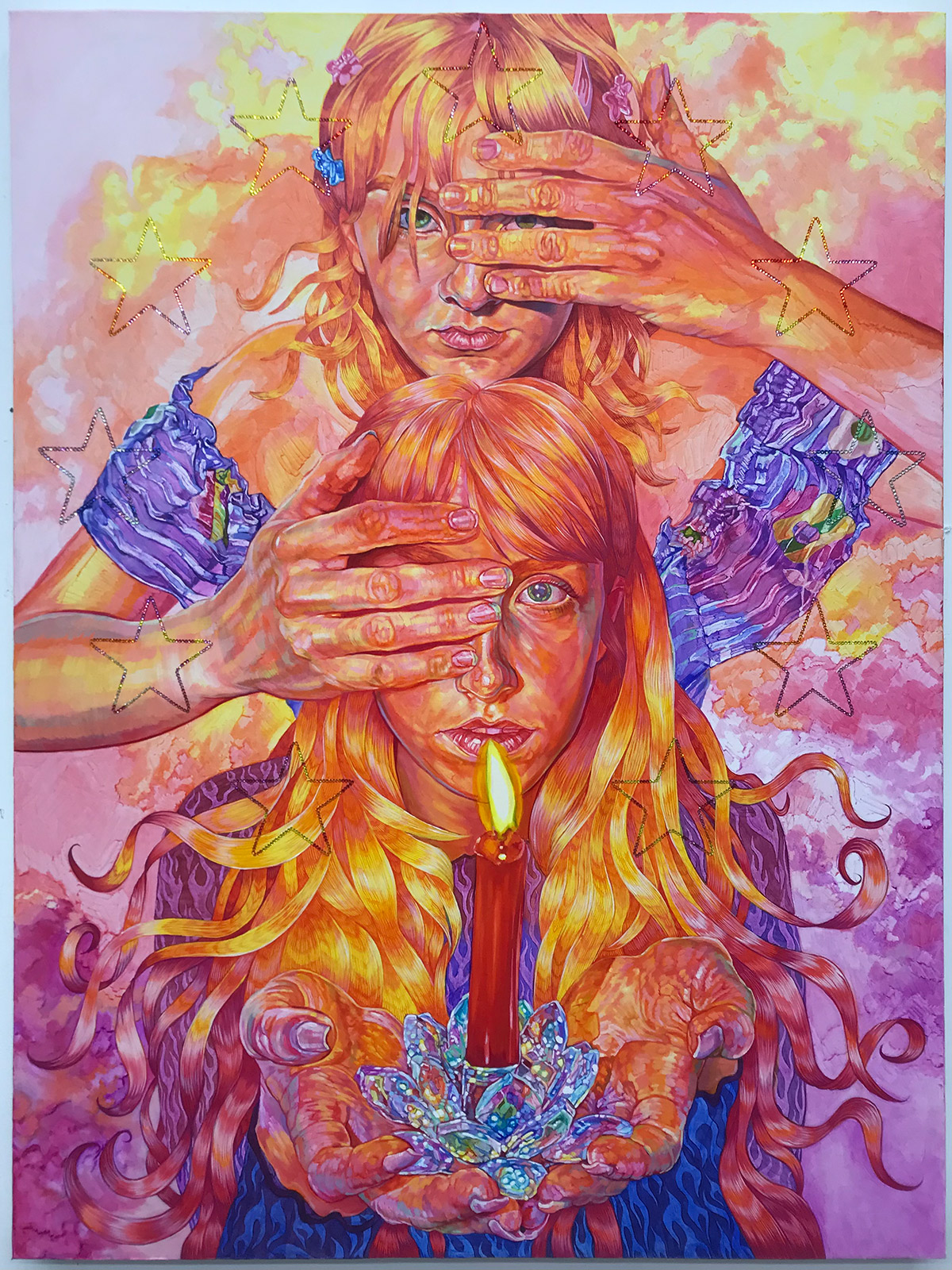 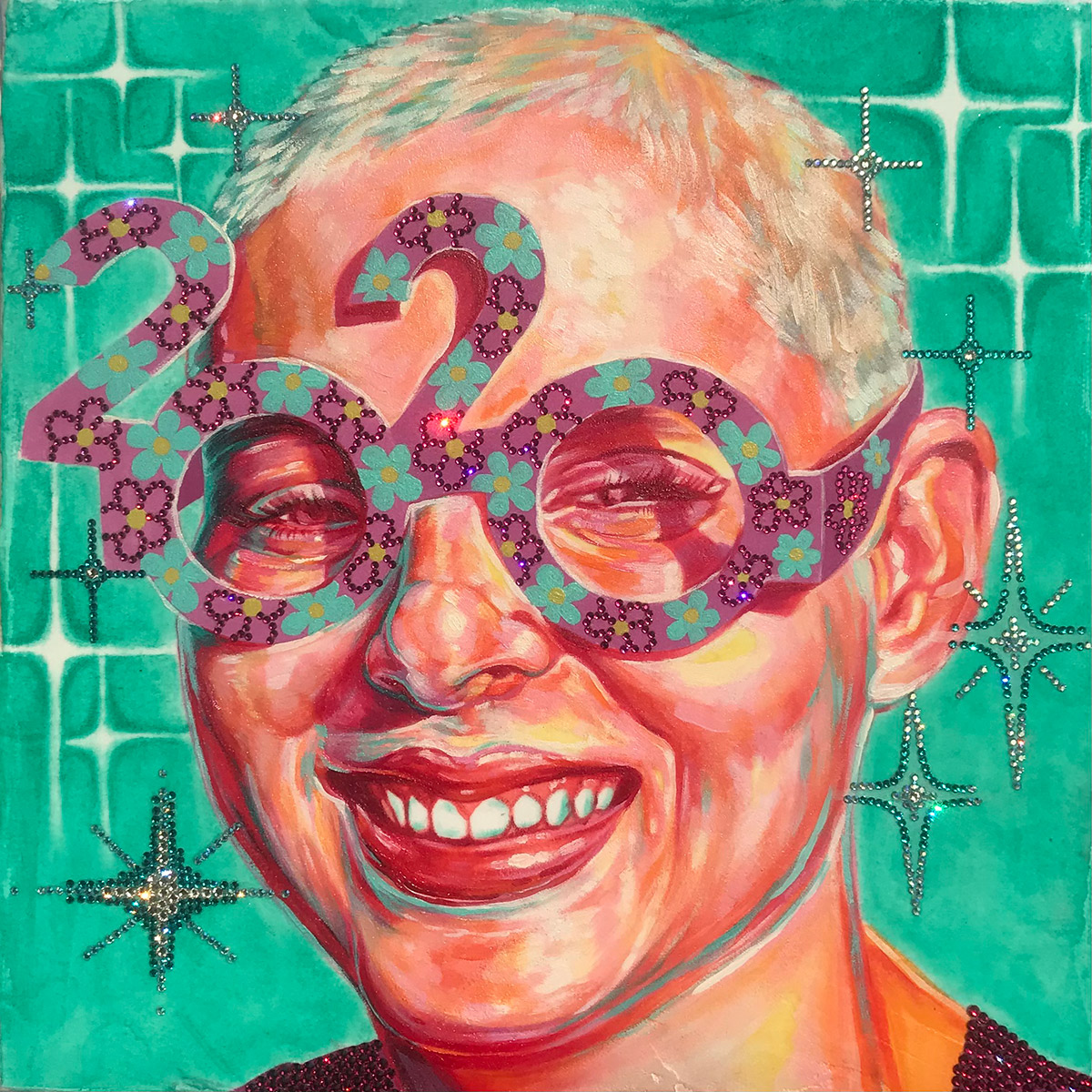 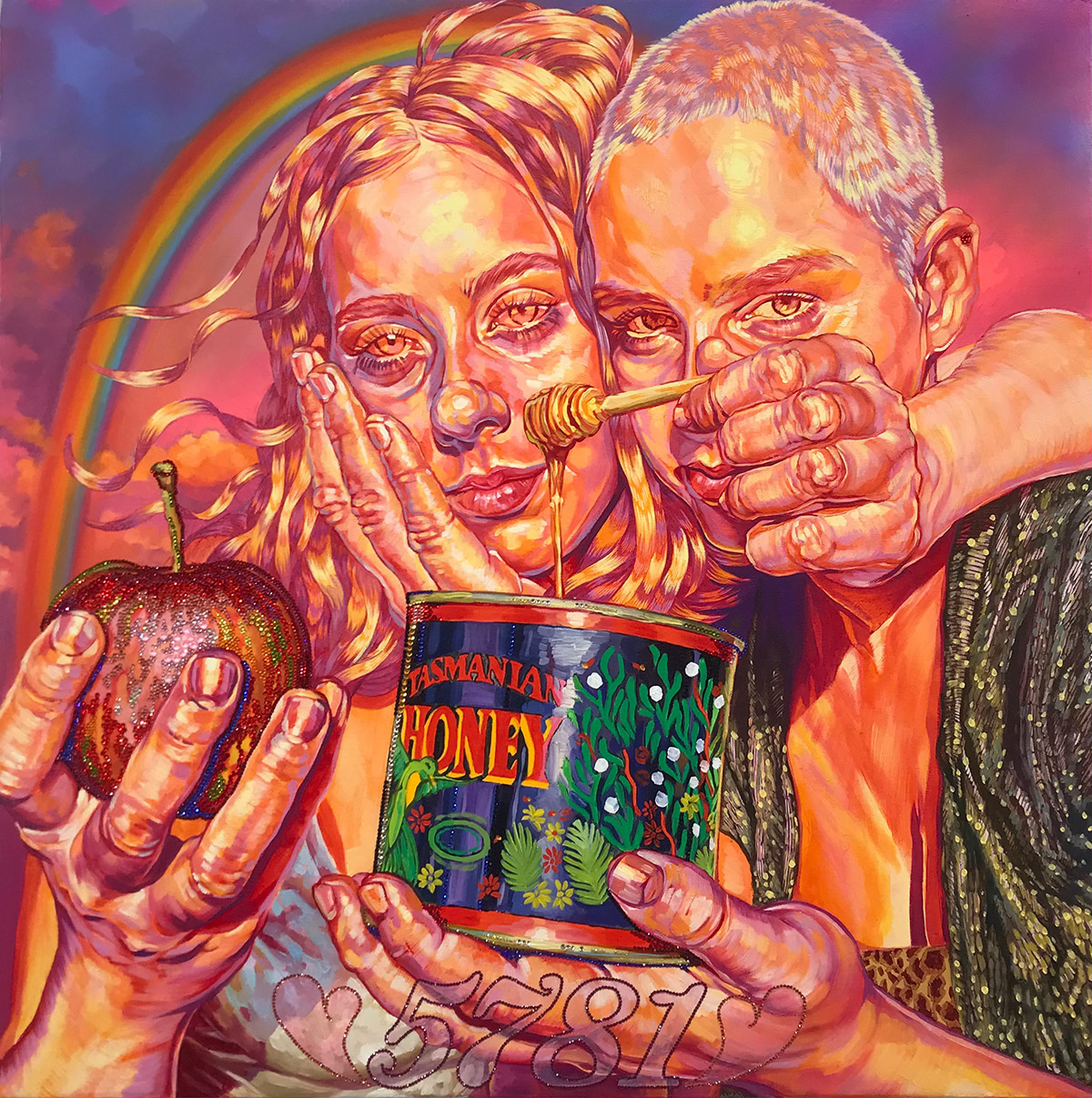 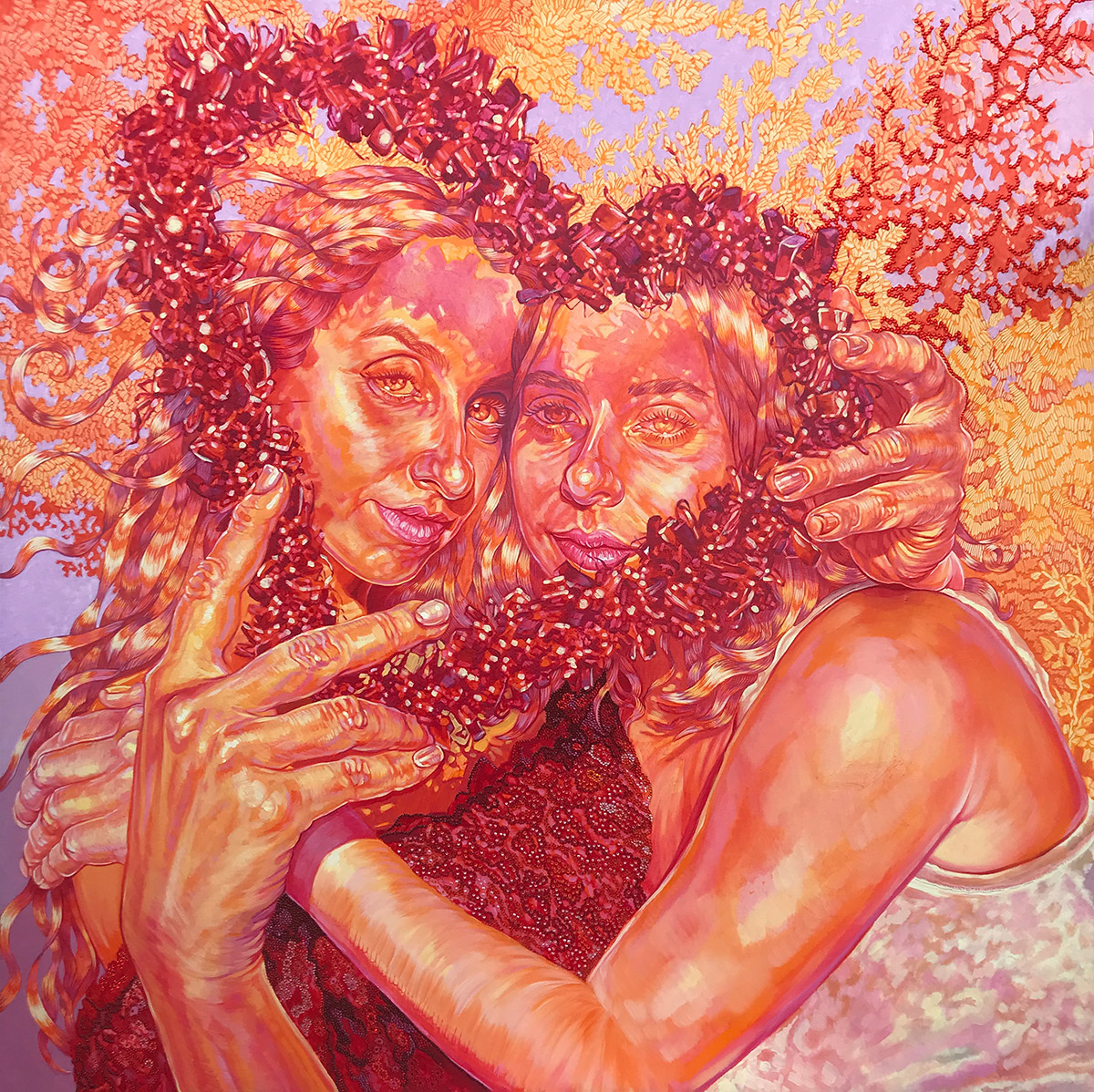 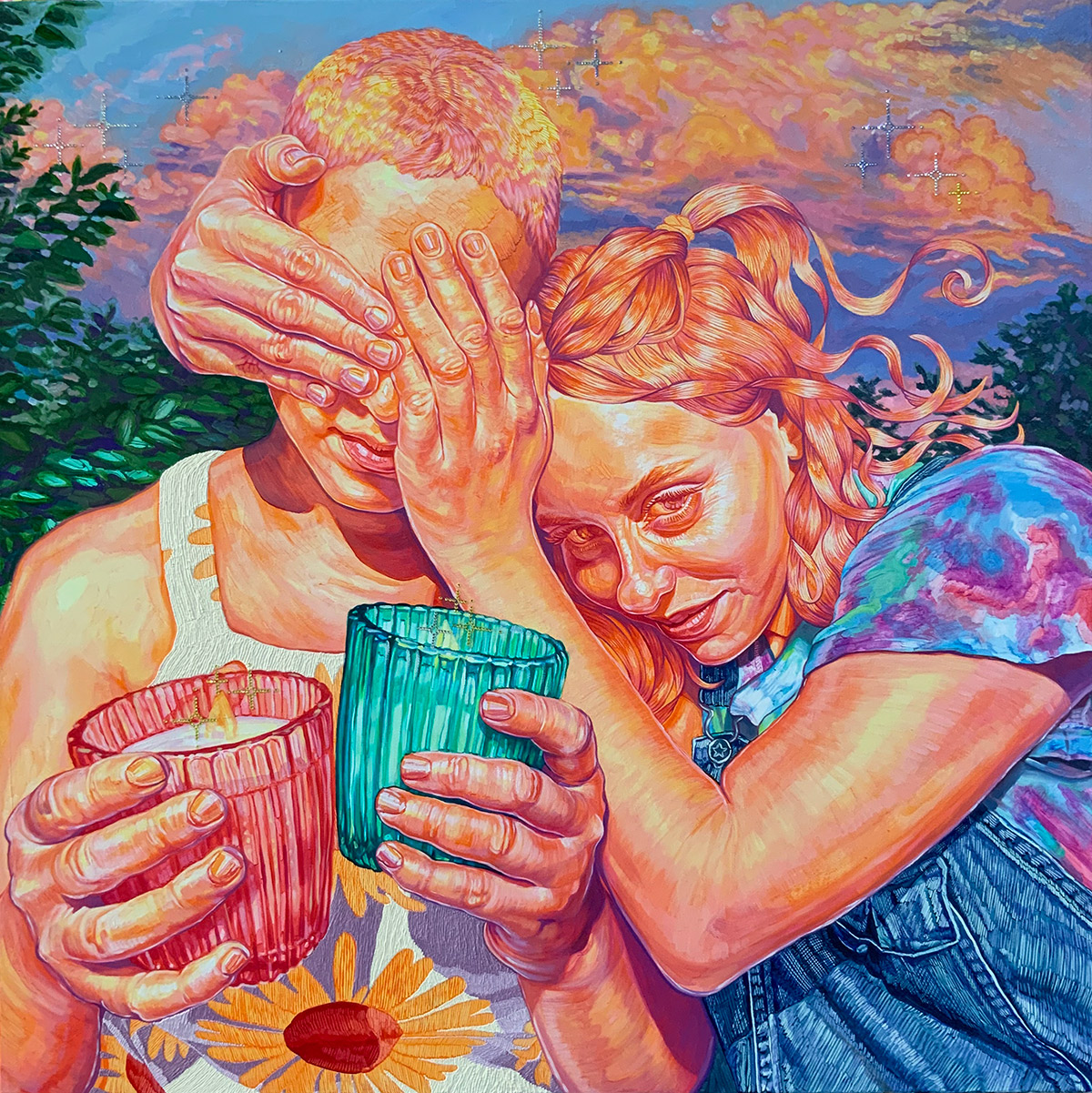 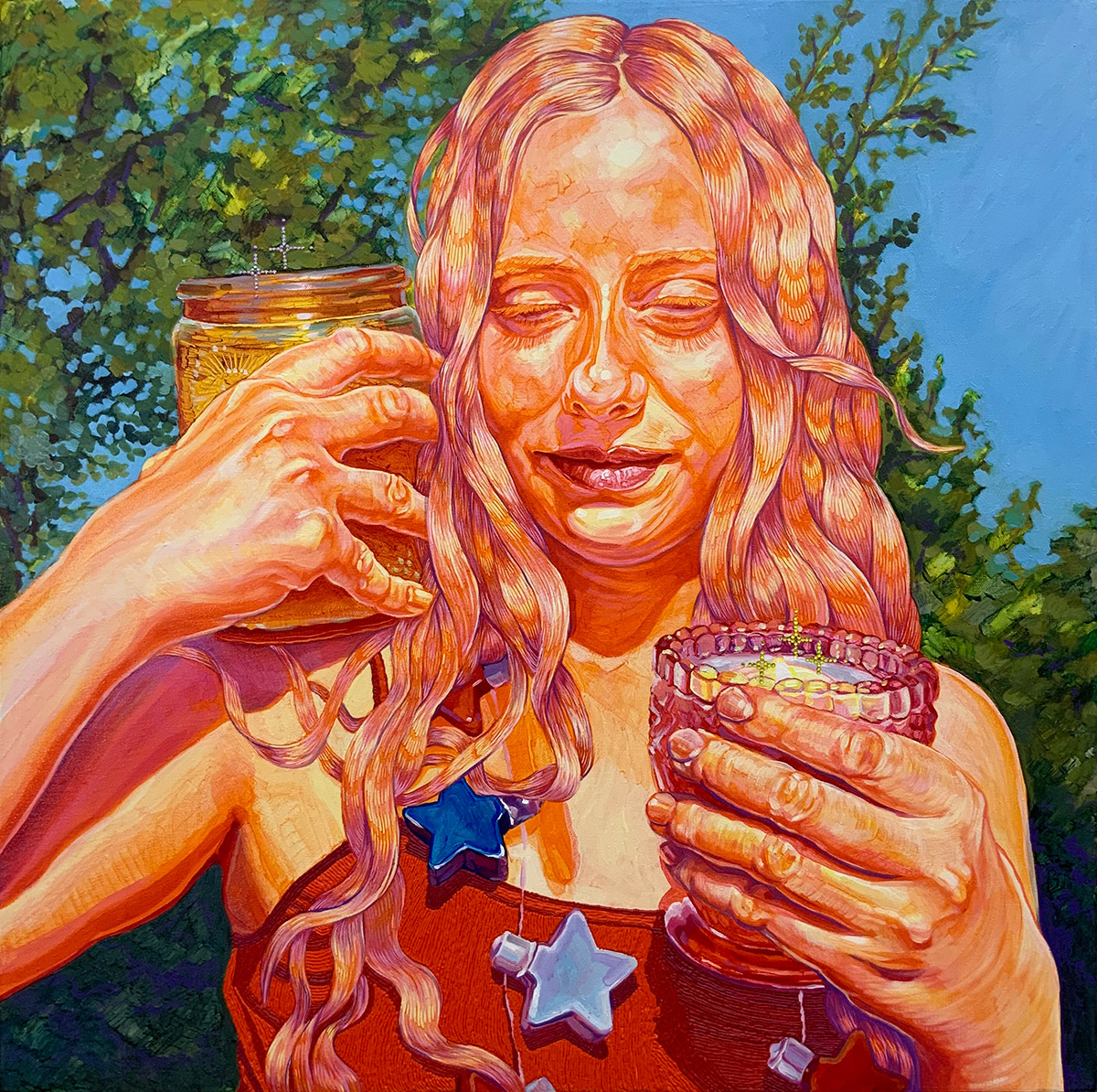 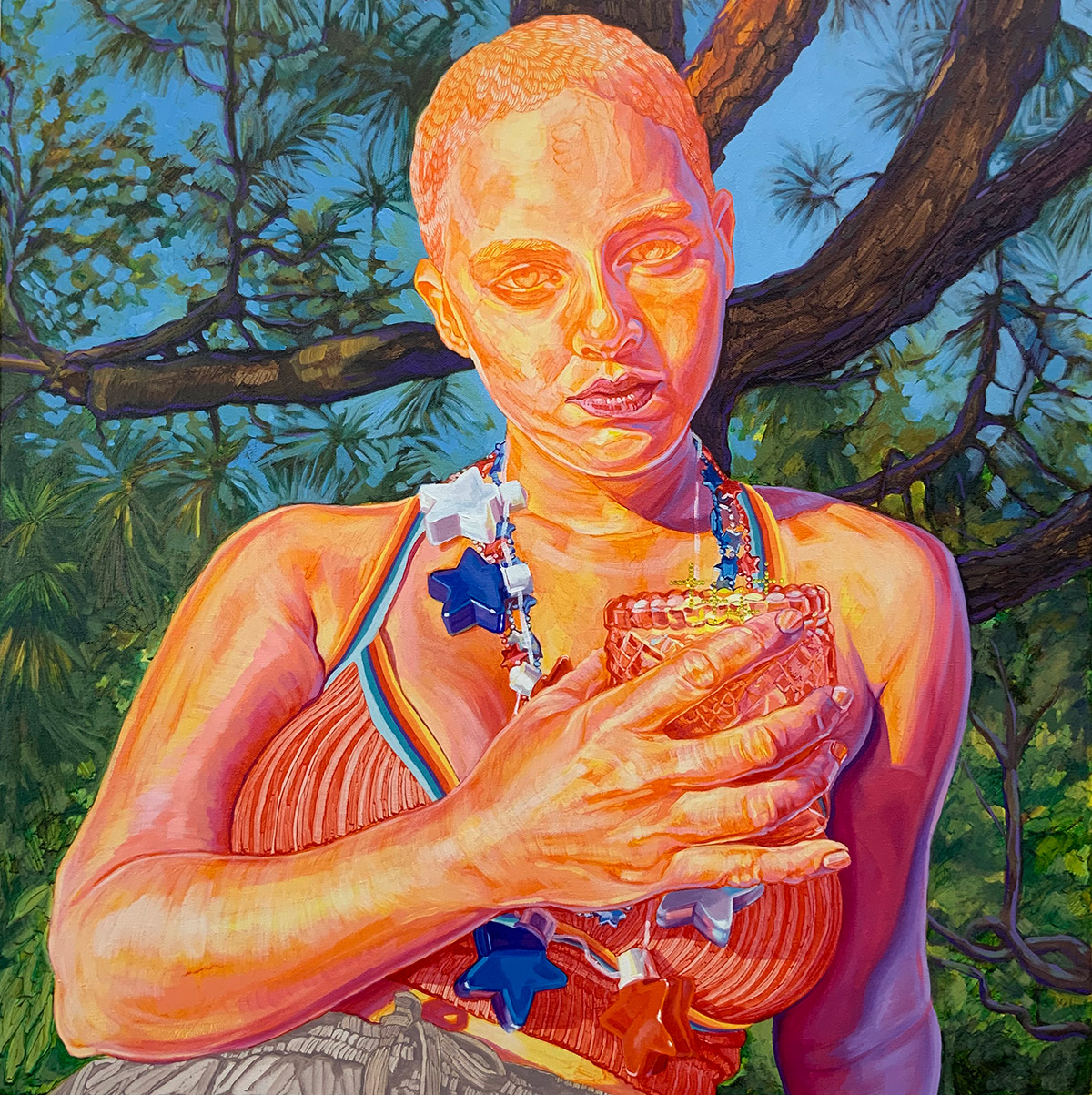 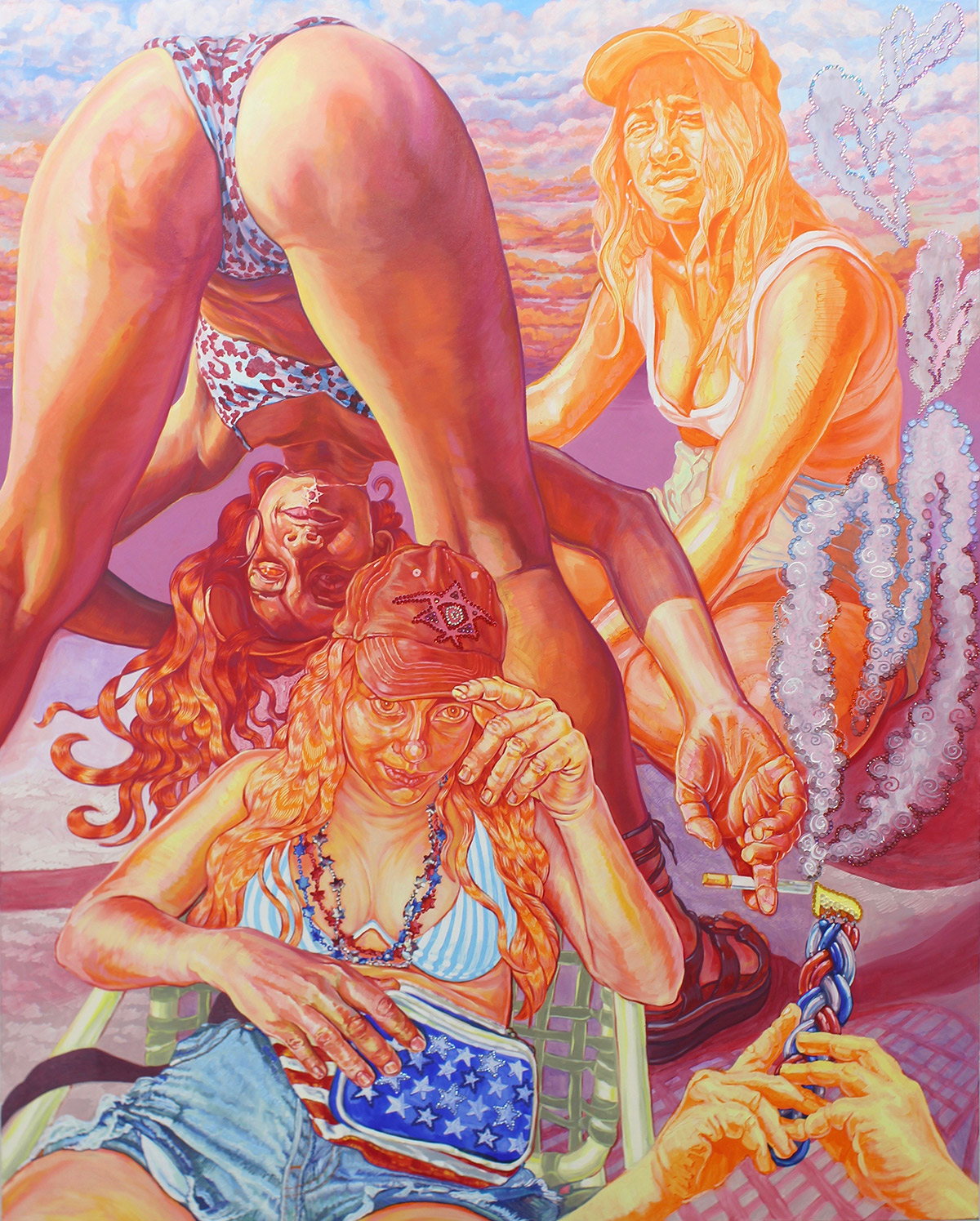 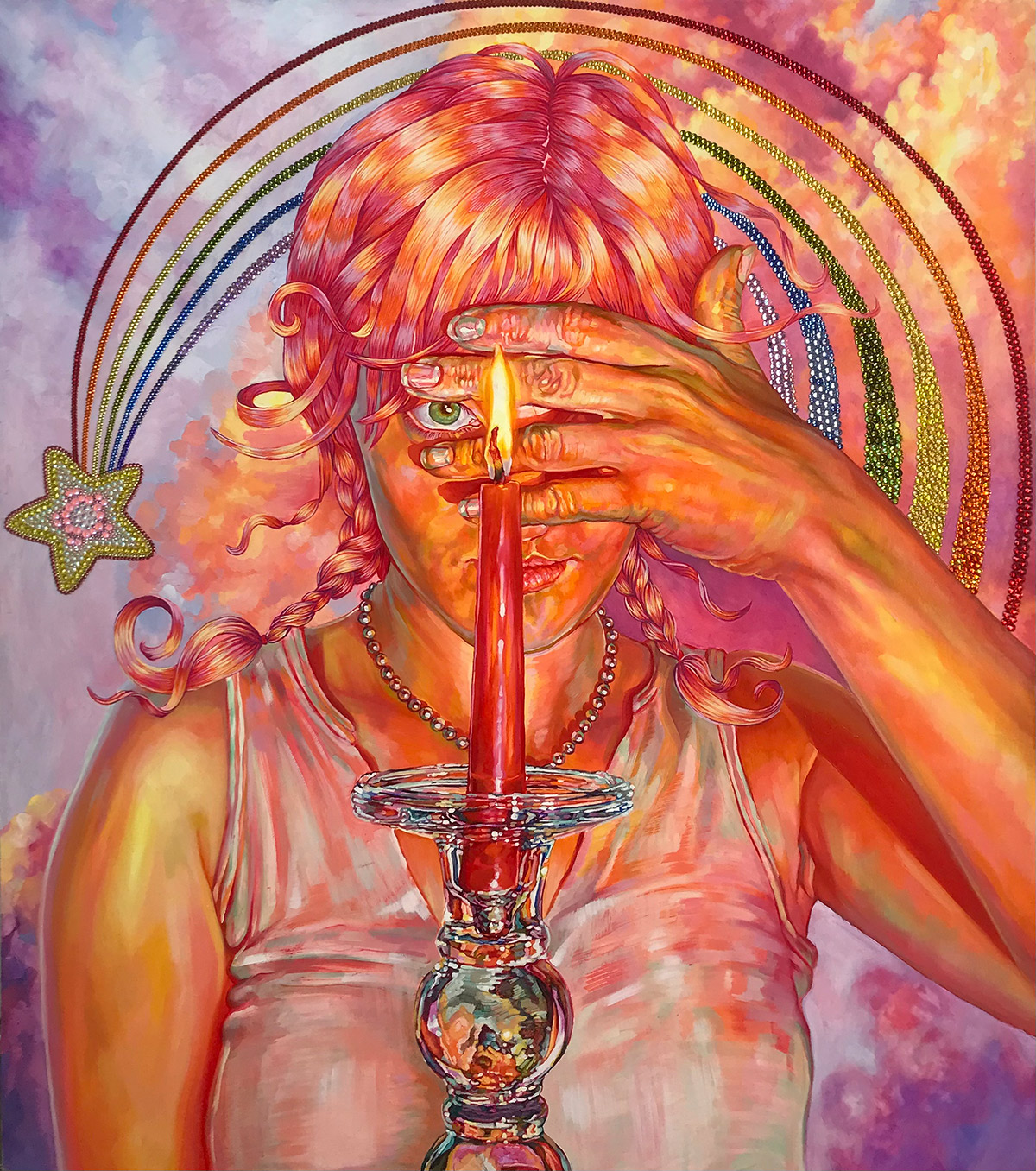 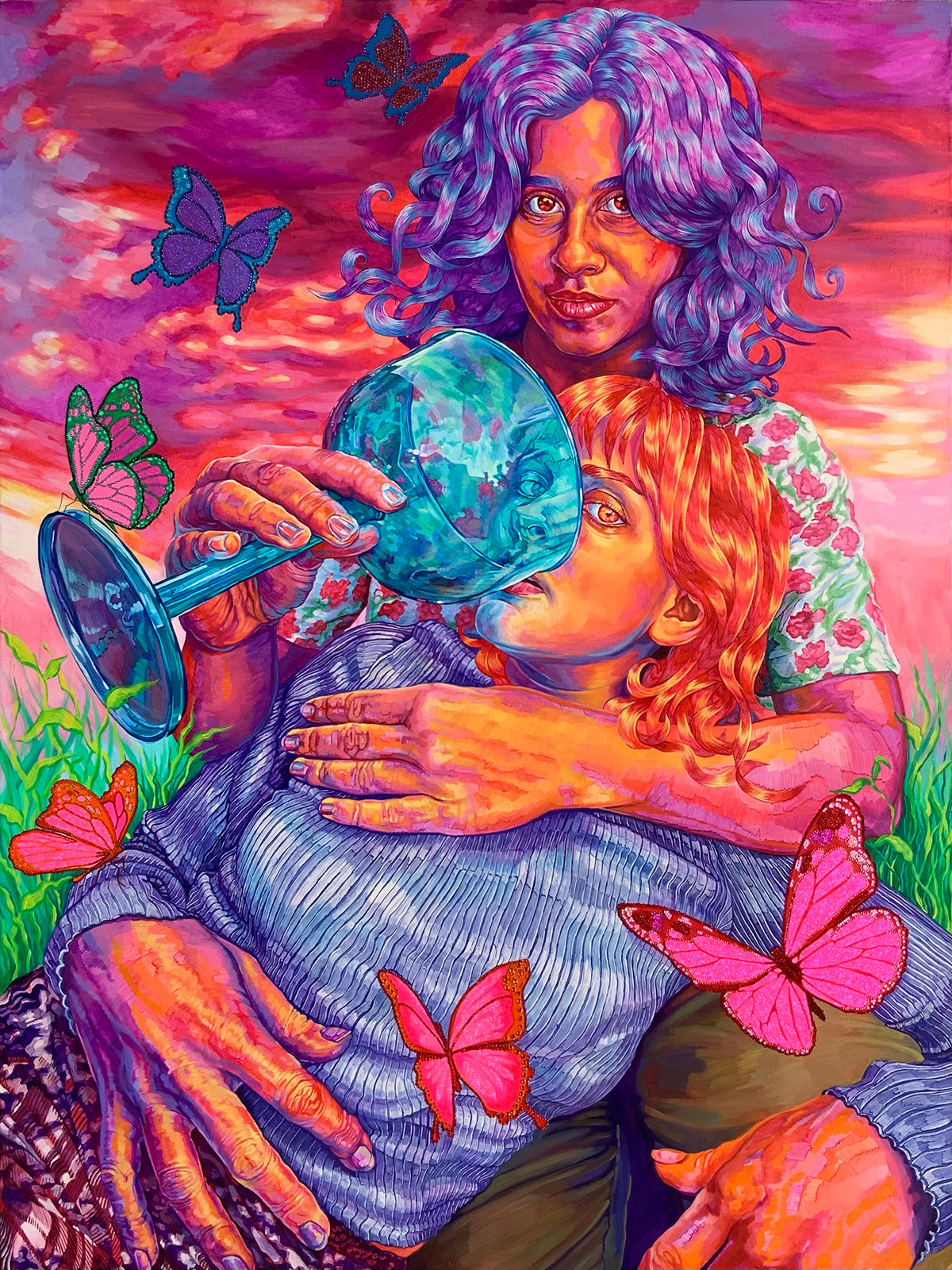