Born and raised in Sweden, artist and musician Johan David Fridlund went to a few art schools before turning his attention toward music, forming a band called David & the Citizens. They played together and recorded a lot for several years—even earning a Grammy nomination for their second album—before Fridlund and his wife moved to Austin, Texas in 2009, where they started a new life from scratch. It was there that he took up drawing again, after nearly a decade away from it. He has been exploring colored pencil and graphite drawing ever since. “I like to think of my artwork as a sort of diary, or documentation of the world around me, places I pass in my daily life, spots that most people might not notice right away,” he explains. Now living and working in Santa Fe, New Mexico, Fridlund makes music under the name “Citizens Band Orchestra” in addition to his art practice. 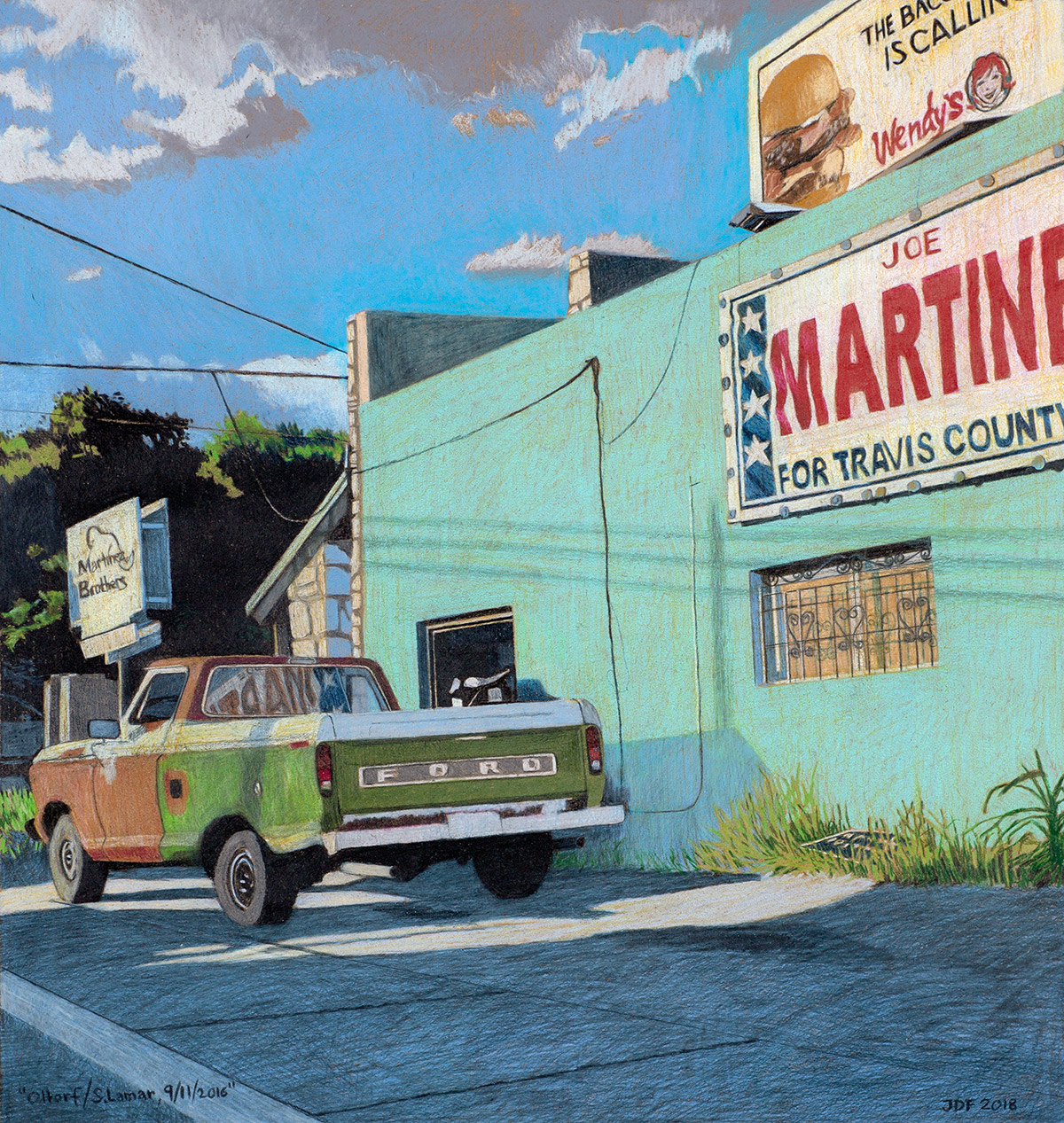 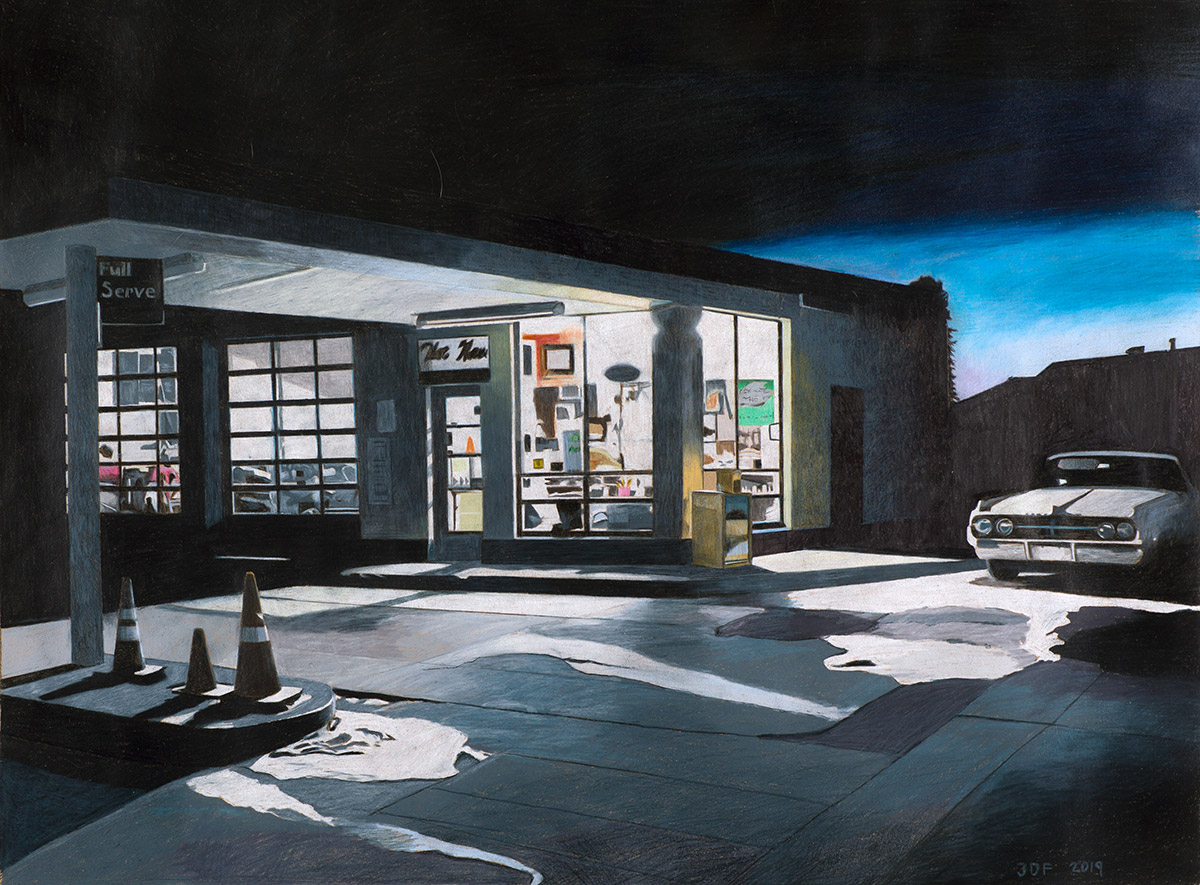 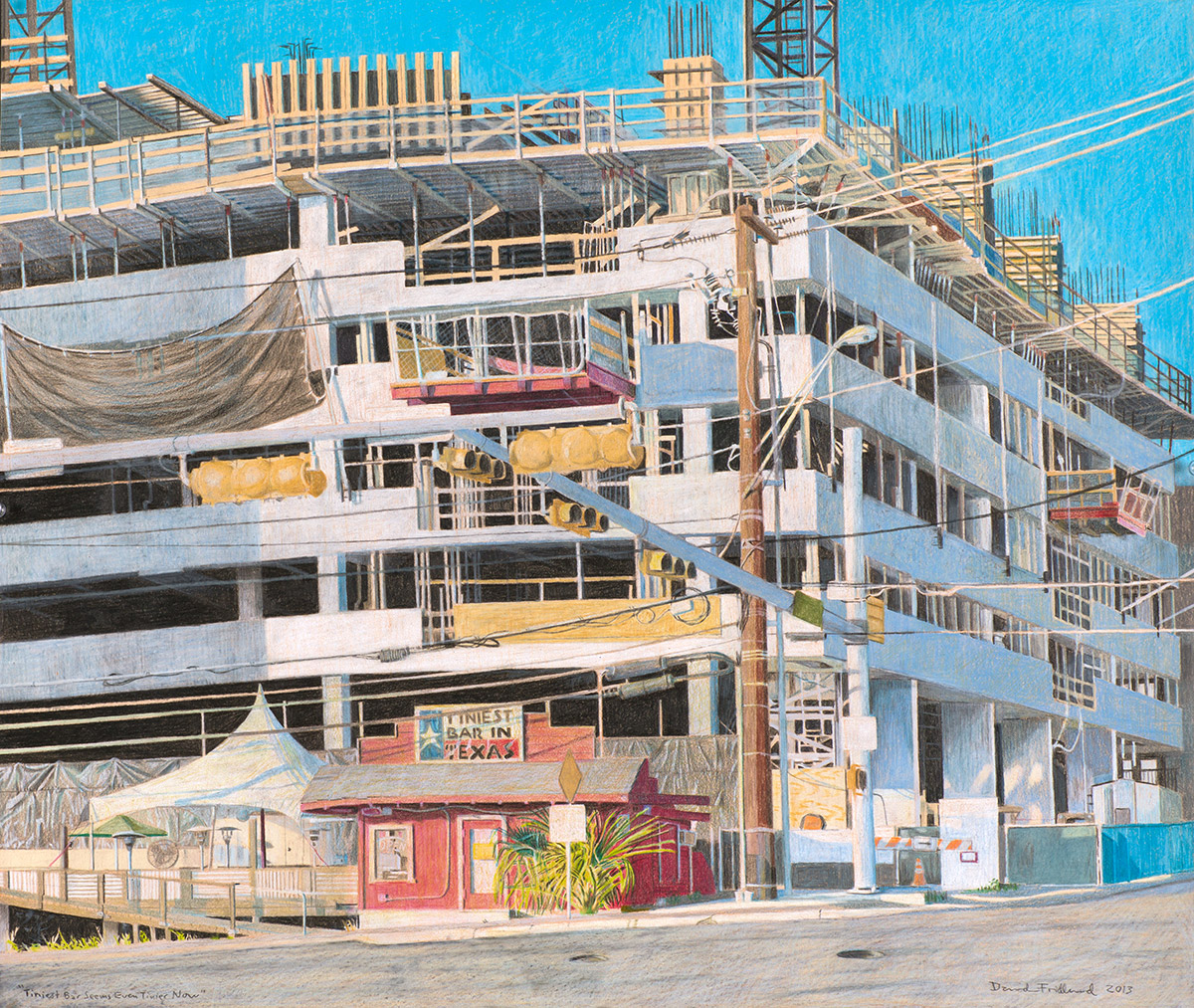 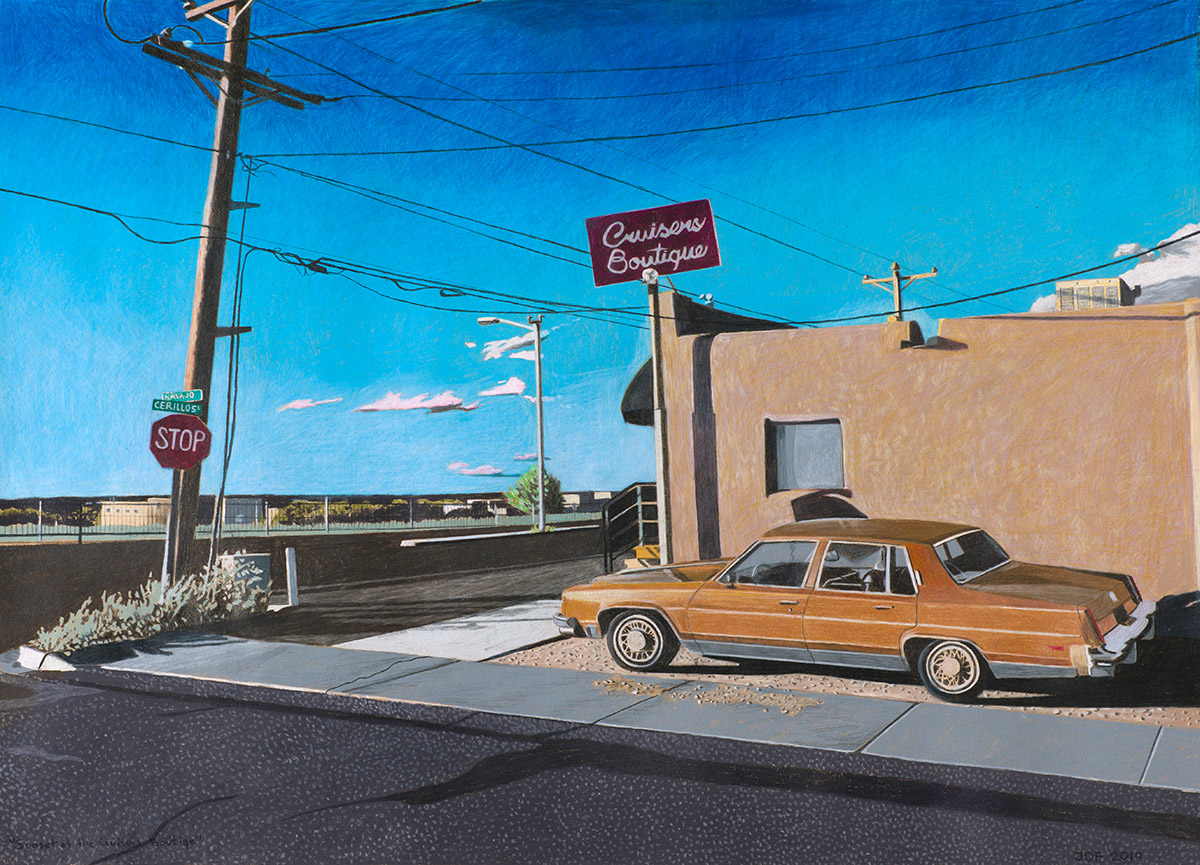 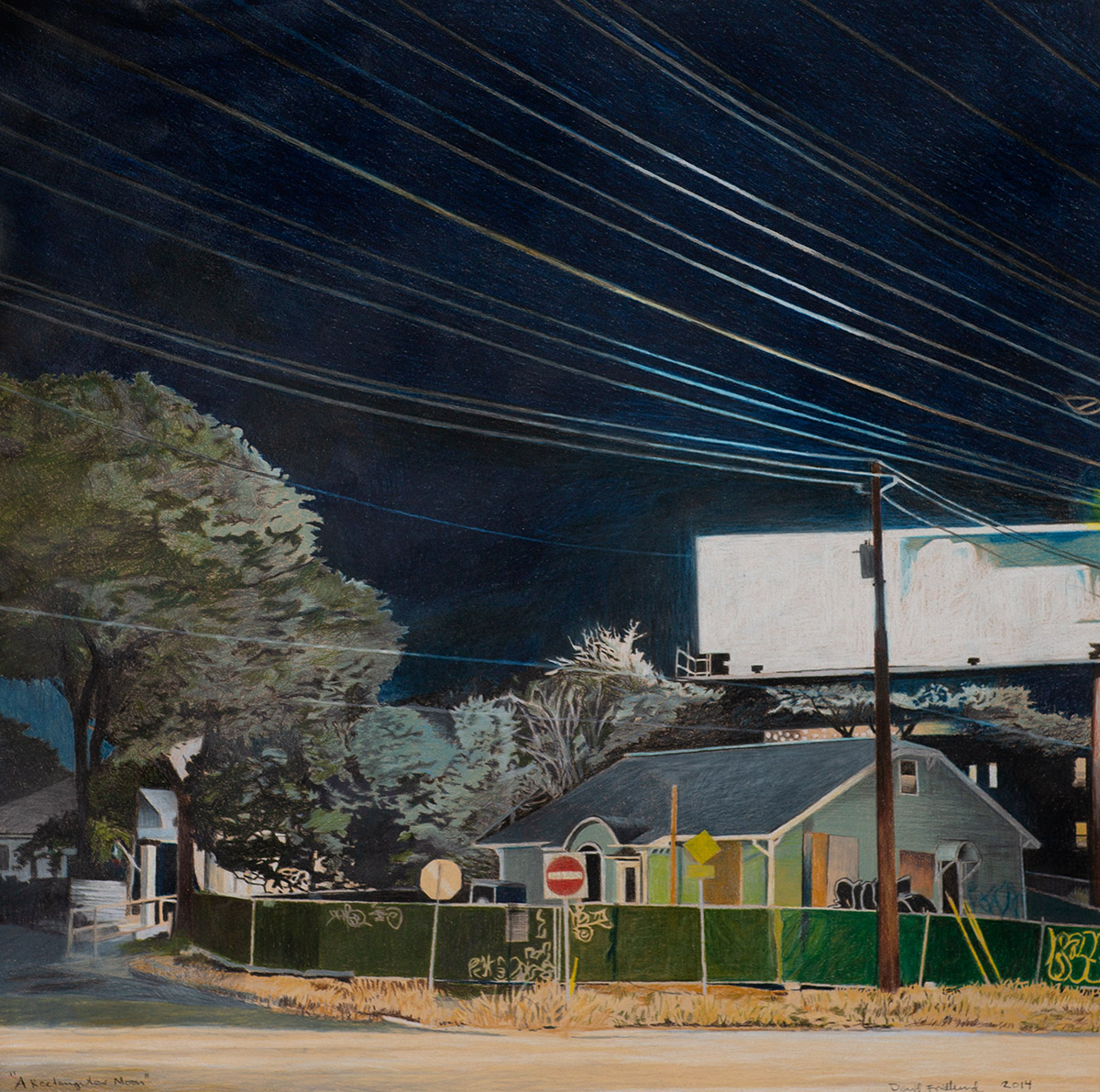 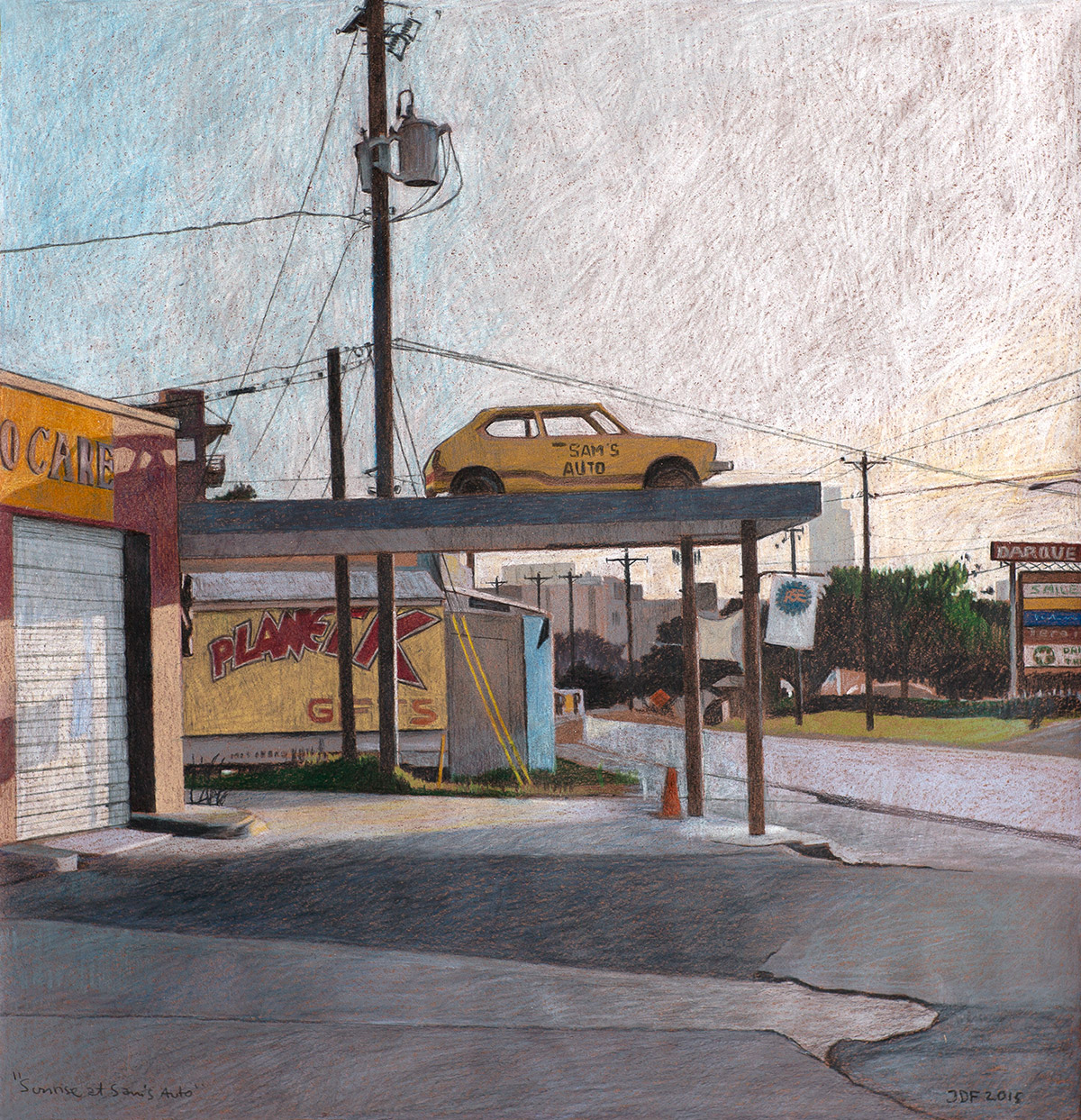 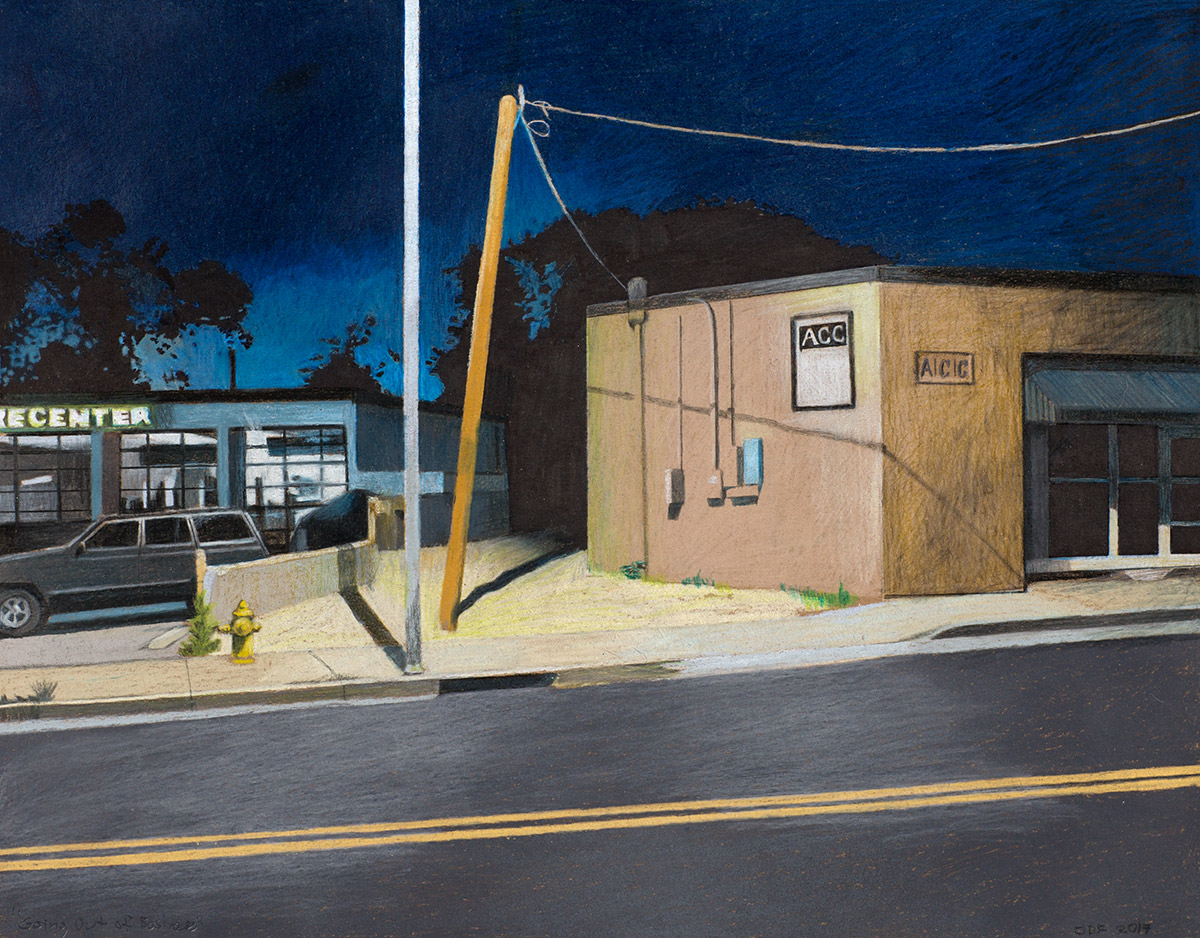