Vancouver! I am so so so excited to announce that at 8pm on February 3rd we will be hosting a FREE screening of “An Island”, the highly anticipated new film from Efterklang and Vincent Moon.

This was made possible by the wonderful folks at W2 who are tirelessly supporting arts in our community.

RSVP our Facebook Event so we can make sure to have enough seats! 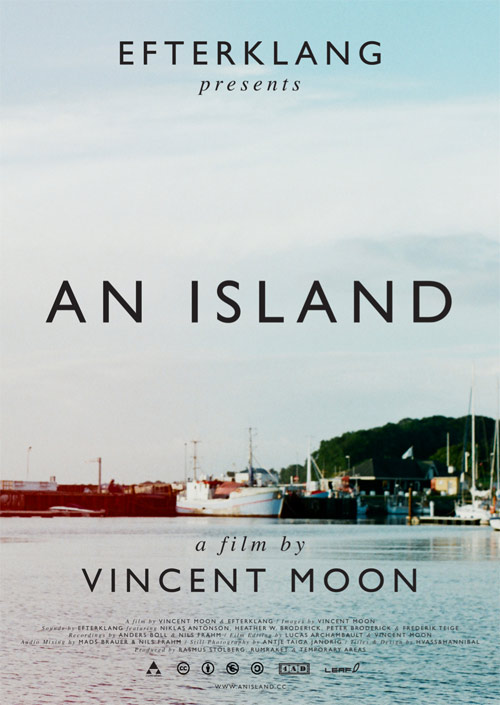 Reasons why you should come:

1. Vincent Moon is the Parisian filmmaker behind Le Blogotheque’s now infamous “Take Away Shows”. He is a genius.

2. Last year Efterklang filled the Biltmore with a glorious racket the likes of which I had never experienced before or since. It was spectacular, they are amazing.

3. There will be bevvies and popcorn.

Watch the trailer below!

“August 2010, French filmmaker Vincent Moon and Efterklang’s 8 piece-live band met up on an island in the Danish country side. The objective was to shoot a film. A film with the same length as an album, and a film full of performances, experiments and collaborations.

Over an intense period of 4 days Efterklang collaborated with more than 200 local musicians, kids and parents, creating new performances and interpretations of songs from their Magic Chairs album. It was all filmed by Vincent Moon who same time conducted several filmic and musical experiments with Efterklang as his dedicated play mates.”