Say hello to Howie Tsui! He is one of the four Canadian artists who created work for our “Afterlife” project with Poketo. I am also giving away one of his wallets, details at the bottom! 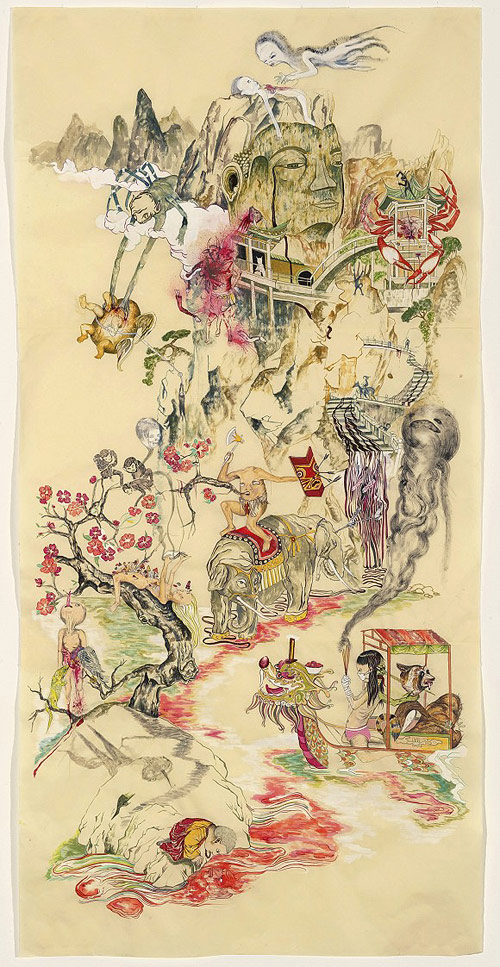 I have romantic memories about living in Nigeria.  I had this crush in Junior Kindergarten, Lindsay, who I’d bring flowers to.  I had this bilingual African Grey parrot Oscar, that I’d always talk to. We had a chauffeur and a maid.  There were violent thunderstorms, high fevers and the resultant hallucinations of melting Disney characters.  Someone in our complex had a Bruce Lee figure on their motorbike license plate.  I watched a lot of anime and kung-fu dramas sent to us by my uncle. I went to an American International School and our class looked like a Benetton ad.

Sorry it’s all in fragments. Just digging through the banks.  Regardless, the irony is that I thought this was a magical wonderful place, while my mom was very paranoid that I’d get kidnapped and would pick me up everyday from school. We also had to get out because there was political instability and the airport had been taken over by a rebel faction. 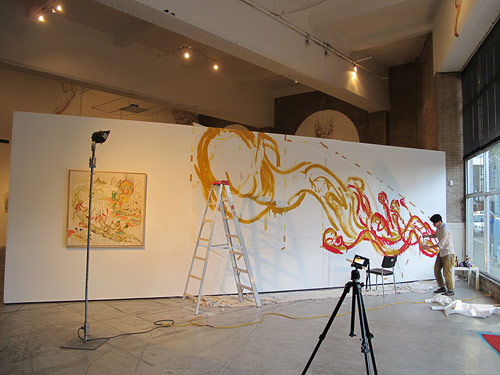 How’s it living in Ottawa now? Is it hard to survive as an artist there?

It’s pretty nice here and the city has been very receptive and supportive of my work. It’s very comfortable living and there are pockets of folks that enrich our local culture. Unfortunately, there lacks some infrastructure and a sizable demographic interested in the arts to foster what would be considered a vibrant and progressive local art scene. People have been working hard for years, even decades to try to update and expand artistic tastes to greater swath of people. Despite that hard work and passion the city is often victim to the shadows of larger national museums and artistic brain drain. I would say bureaucracy, a culture of complacency and a general undervaluing of cultural capital is responsible for this.

In terms of food-on-the-table survival, being based here has its advantages. I have been fortunate enough to receive funding from all 3 levels of government to develop my practice. I have a sneaking suspicion, though, that regional disbursement combined with a less aggressive artistic community has proven beneficial.  I hear out in Vancouver, where you are, there isn’t any municipal artist grants (only specific project-related grants) and provincial grants are fought over ravenously by everyone. I actually had an officer from the BC Arts Council come to my performance this past Friday at Centre A, and the third thing he said to me was, “there is no arts funding money out here”.  On the flip side, commercially, $400+ price tag seems to induce pee-dribbles for art buyers here, where as in Vancouver, there is a wealthier and more engaged collector base, with ties internationally, that understand the value of art.

The most difficult part about living here for me is the overwhelming mono-culturality in spite of the city’s diverse ethnic makeup. If that makes sense at all. The benefit is that I can really focus on work and not get too carried away by scene fuckery and social temptations. I used to think working in a bubble was horrible, but now, I’m not sure I could work in a situation where I share studio spaces with people. 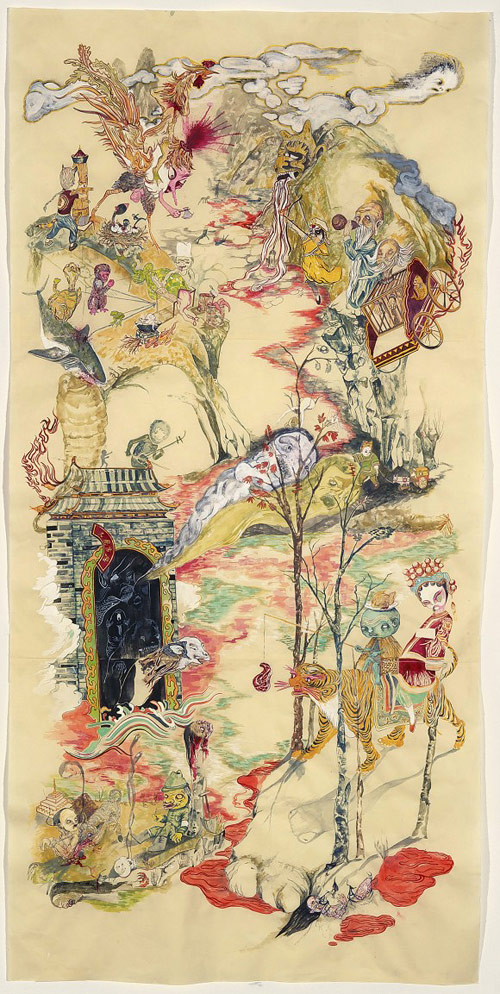 Your early work was quite different and I believe you said it was like you were more focused on making work to sell. Do you find it a struggle now that you’re making more conceptual work, when your livelihood depends on people purchasing your work?

I think coming out of art school green, the commercial side of art was easier to comprehend. Especially, since those experiences were pretty small scale endeavours.  I think I looked more at commercial artists at the time and now I’m looking at art from both sides of the spectrum. Since I live in Ottawa, where there isn’t much of an art market here, I initially had to cater to the local price tolerance by making lots of small work.  Luckily, I’ve been able to get by without much of a focus on commercial sales in the past four years. With the support of public funding bodies,  I have been afforded the opportunity to develop my practice without the influence of market forces.  This has meant that I’ve been able to keep all my work intact and be able to present them together in larger and larger venues as the body grows and mutates.

The idea of selling an entire series to a museum, allowing for public access to my work in the future, seems very attractive and somewhat plausible now since I’ve kept all the children together and they’ve been shown across the country. My hope is that when I re-engage with the commercial side of things,  I will have left a solid public exhibition record which proves how my practice tends to organically shift into other areas when left to its own devices.

Who are some of the artists that have influenced your drawing style? 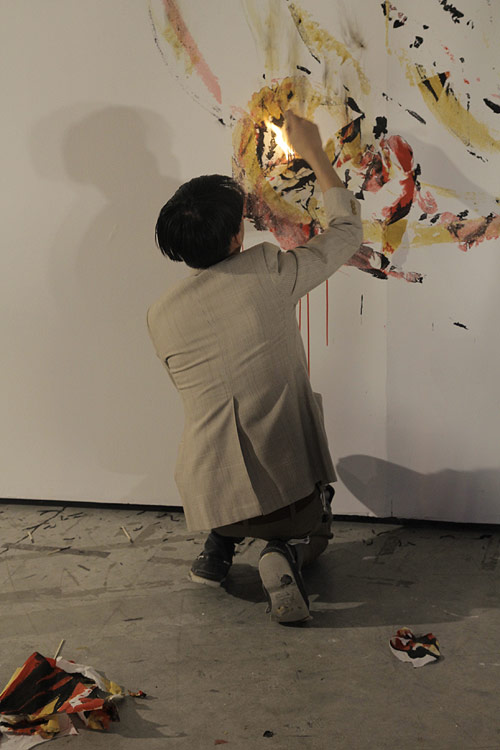 Can you talk a little bit about your artwork for this wallet series?

To be honest, I was super occupied producing this new project “Celestials of Saltwater City” – a magic lantern performance in the tradition of Utsushi-e or Japanese phantasmagoria. This new endeavor was a pretty big leap in my practice so it really consumed me whole hog.  I gave Poketo carte blanche with their choice from my Horror Fables series. Apologies for the artspeak, but this is pretty much the most concise way I can describe some of the ideas behind this body of work: Horror Fables is a scroll-painting project that uses imagery from ancient Asian ghost stories to satirize the disturbing climate of fear in contemporary society.  By juxtaposing disparate cultural practices, I emphasize the disjunction between how fear is administered in folklore to encourage morality as opposed to its deployment in modern society, where a pervasive climate of terror is used to further partisan political and economic interests.

I actually kept coming back to your Horror Fables series when I was thinking about this project so it worked out perfectly that you wanted to use images from it for this series. If you illustrated your own life as a fable what would the moral of the story be?

Whoa… That’s a crazy question. Maybe… ‘adaptation’ ?  I think the answer relies heavily on how I end up biting the proverbial dust.

Would you consider yourself a spiritual person?

I think in my life, I’ve vacillated between hard atheist and romantic agnostic. I have certainly been told that I am a ‘spirited’ person.  But that’s because I’m drunk (boo). Honestly though, I’ve been researching ghost stories, Buddhist hell scrolls, cultural superstitions and feng shui for the last few years, and the belief of something beyond the scientific has been playing a larger role in my psyche. I think a lot of atheist change notes momentarily when some serious shit happens, whether it’s coping with death, complications with health or being sideswiped by love.

I’ve also witnessed actual supernatural things while on tour with a band I used to play in (The Acorn). These incidents usually happen in old ass hotels.  At the Senator Hotel in Saskatoon.  I was stripped naked in my sleep (something I don’t do). Another bandmate woke up with what appeared to be a spilled glass of water on only the upper side of his torso; weird flashes of light in the mirrors; people getting locked in bathrooms even though it locked from the inside.  In the UK, we normally stay in this retirement town Folkstone before we take the Chunnel over to France. One night in our hotel room, a small diamond of light hovered over me while I was in bed. In a second it expanded, flashed and illuminated the room. I started laughing hysterically and my bandmate, in the other bed, thought I had taken a photo of him with flash.

Your imagery often come across like you awoke from a dream and immediately started painting. Do you keep a dream journal?

I used to when I was in school. These days, I still have super vivid and effed up dreams (thanks late night noodles), but I tend to just give them a thorough think through and interpretation when I wake up and then let it filter back into my subconscious.   I have a few scant sketches from here and there in recent years, but I haven’t been very prolific with the documenting.  Perhaps, I’ll get back into that since you’ve brought it up.  I really am a surrealist at heart. 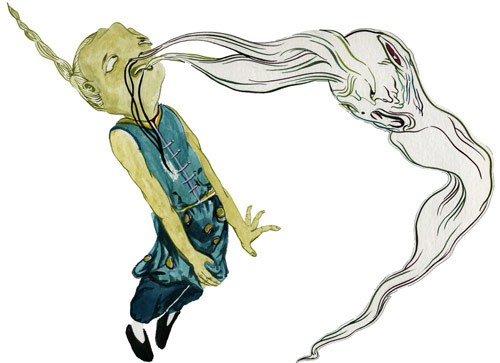 See more of Howie’s work over here and at Centre A.

Watch a great video interview with him here.

Now I’m gonna give away one of Howie’s wallets! If you’d like to win it leave a comment below with an encouraging message to Howie! I’ll pick a winner on Monday!

CONGRATS to James – you have won yourself one of Howie’s wallets! Check your inbox! 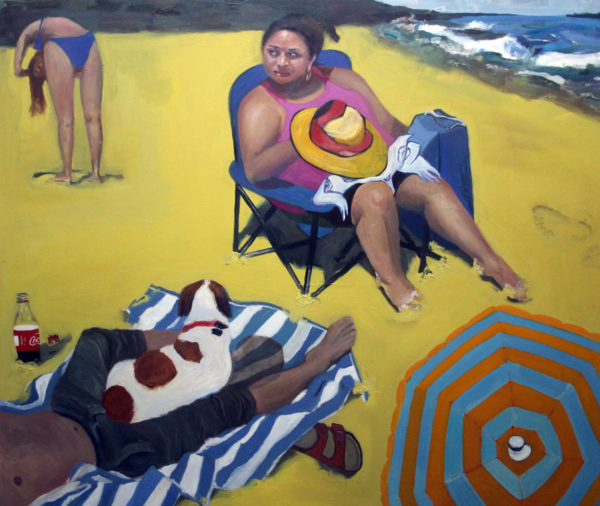 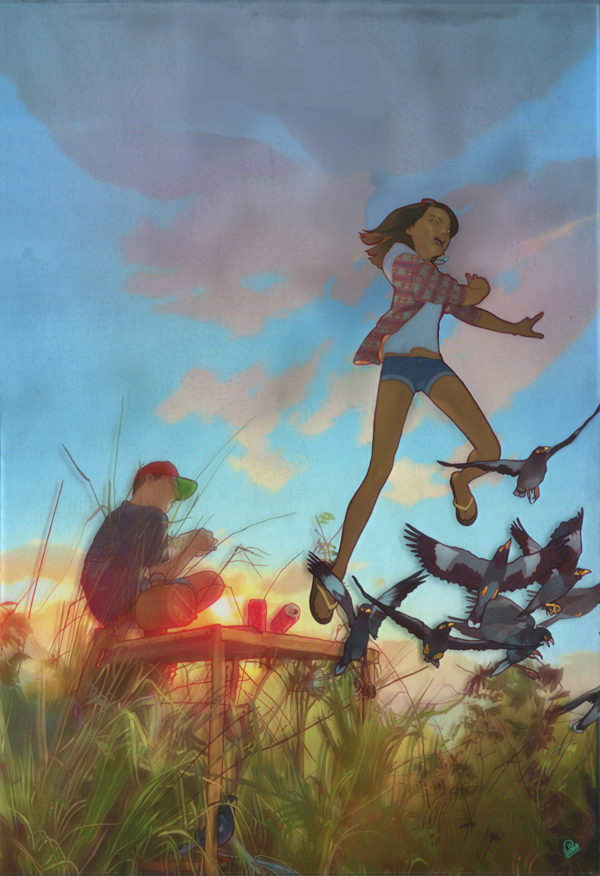 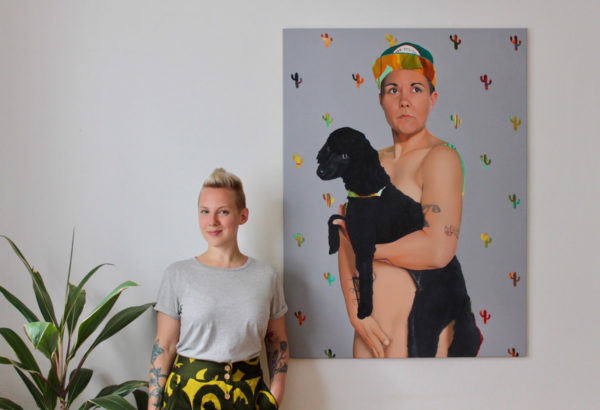