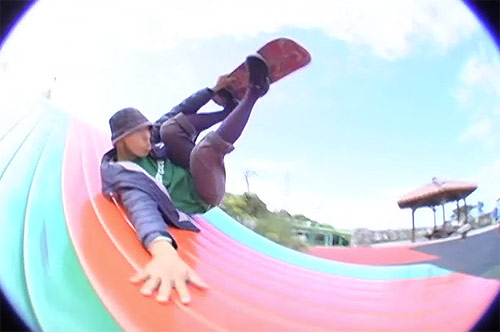 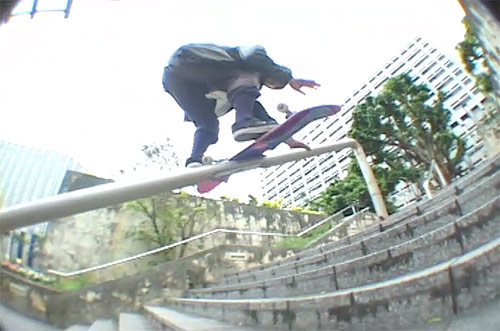 Gou Miyagi’s part in Heroin’s “Video Nasty” is the best video part I’ve seen in years. Gou (pronounced “Go”) wanted to shoot it all in his hometown, Okinawa, Japan, and do his entire part without any ollies. There were parts of this where I actually laughed out loud, it’s so creative.

I posted Gou Miyagi’s part in “Overground Broadcasting” back in 2008, so you can see he’s been on a different wavelength for years.

Watch his fantastic video part below!