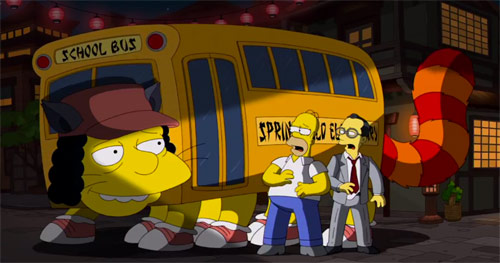 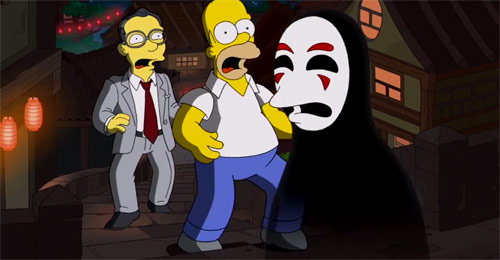 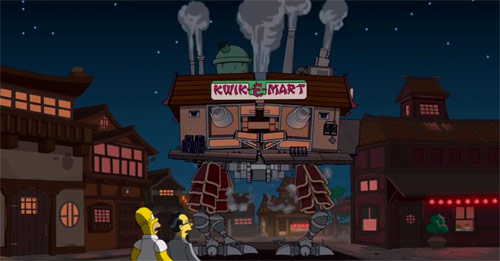 I haven’t watched The Simpsons in years but I might have to this Sunday. The teaser for the next episode reveals it to be a tribute to Japanese director, animator, Hayao Miyazaki. It will be an entire episode brimming with references to Studio Ghibli films.

*Edit – it was not an entire episode, it was just this sequence unfortunately.

The teaser has glimpses of My Neighbor Totoro, Howl’s Moving Castle, Princess Mononoke, Kiki’s Delivery Service, Spirited Away, well, you get the idea.

I was thinking though, how cool would it have been to have Studio Ghibli actually produce the episode of The Simpsons? In their style! I guess, this is the next best thing.