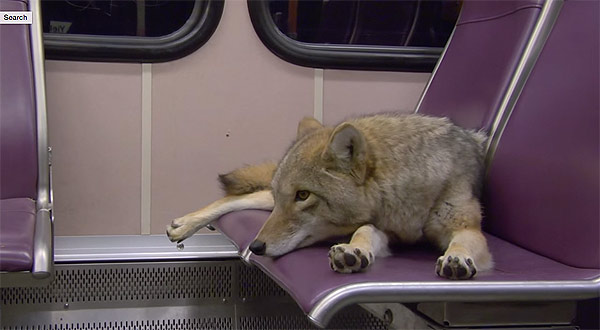 Modest Mouse are set to release their first new album since 2007, Strangers to Ourselves. They’ve just released a video for the song “Coyotes” and it’s based on the true story of coyote that rode the Portland light rail train in 2002. If anyone knows who directed this let me know and I’ll add the credit to the post (I wasn’t able to find any info).

*EDIT – This video was directed by Matt Clark who is art directing and designing Modest Mouse’s new album and singles, as he did for Good News For People Who Love Bad News in 2009. I posted about Matt’s work under the name Houston in 2011. “Coyotes” originally started as a short film called Passenger.

Watch the video below.