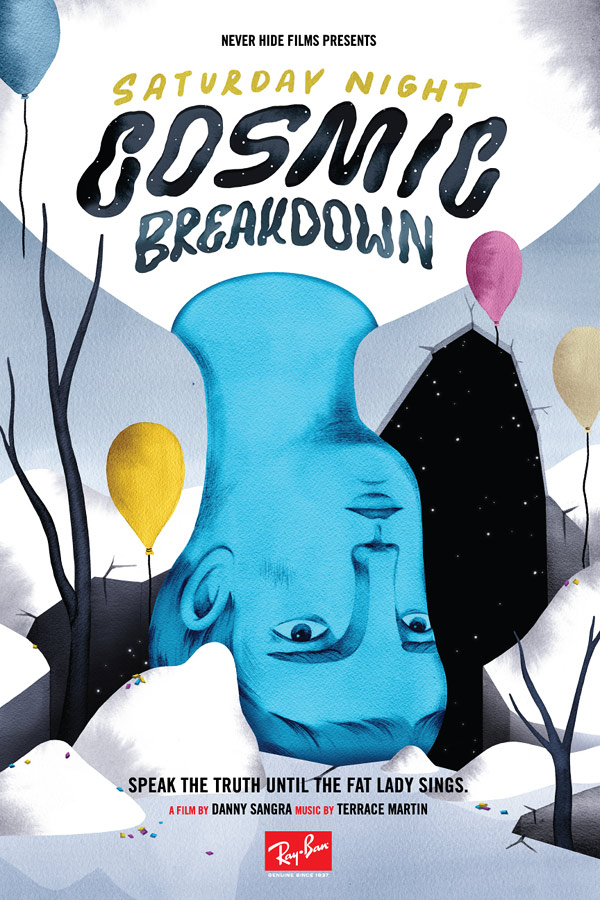 Our friends over at Yours Truly were recently tapped by Ray-Ban to curate a group of rising composers and filmmakers to produce a series of music driven, narrative shorts for their Never Hide Films channel. Booooooom was brought on board to help curate the film posters for the series, and this beautiful piece above was created by the first artist we contacted, the talented Andrea Wan.

The series kicks off next week with this film by UK Director Danny Sangra, scored by west coast producer, Kendrick Lamar collaborator, Terrace Martin. “Saturday Night Cosmic Breakdown” is a trippy little short about the end of the world. Keep an eye out for it!