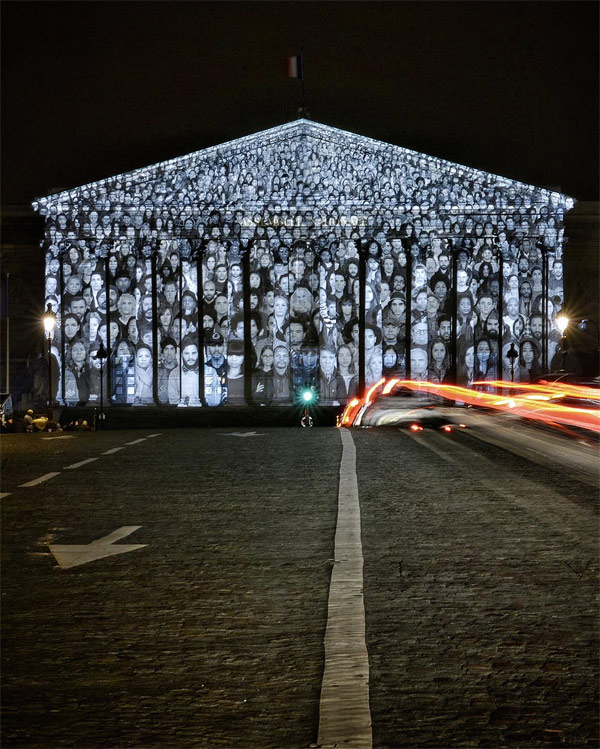 French artist JR and acclaimed director Darren Aronofsky unveiled their collaborative project, The Standing March, on November 29th and 30th in Paris. While the city has banned protests for security reasons after the recent terrorist attacks, the images of over 500 people were projected onto the Assemblée Nationale building as a form of silent protest related to the United Nations conference on climate change. The piece, which also features music from 3D (of Massive Attack), will tour from December 1-7, at various locations. Watch the short video feature (directed by Vincent Lorca) below!