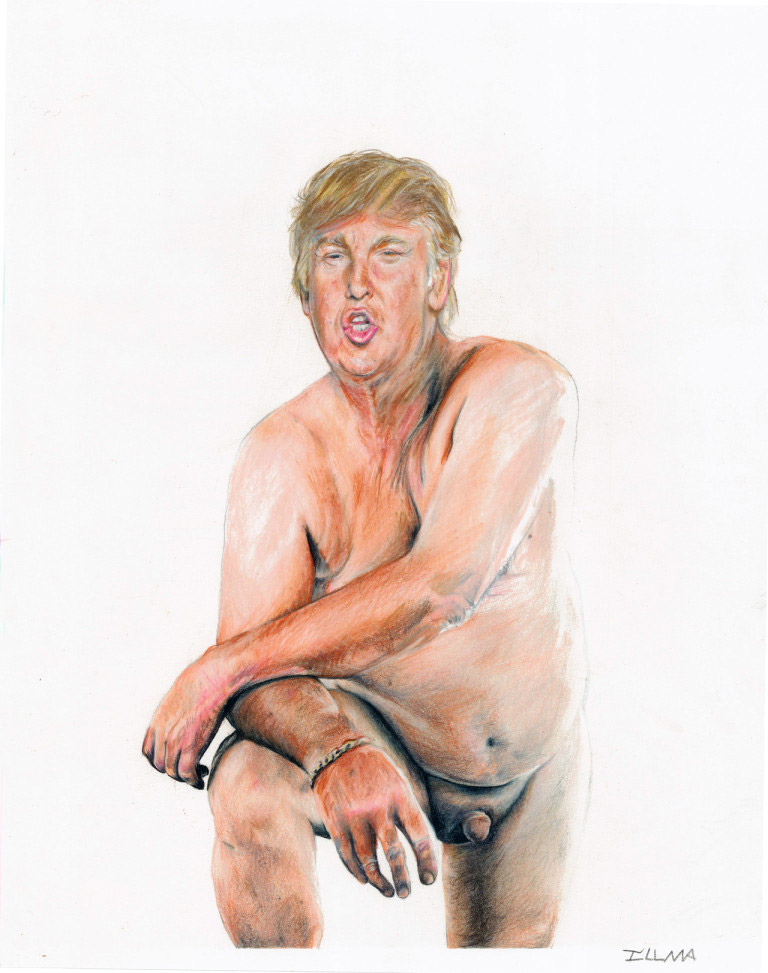 Illma Gore’s depiction of Donald Trump with a very small penis still appears on her Facebook page but the gender-fluid artist continues to face numerous threats of suspension from Facebook as well as intimidation from Trump’s legal team. Of the image, Gore has stated: “I do not believe your genitals define your gender, power, or status. Basically, you can be a massive prick despite what is in your pants.”

Gore’s situation raises debates over censorship and the arbitrary distinctions between high and low art as “Make America Great Again” (2016) was also removed from eBay over the sites policy on depictions of nudity in items not considered “fine art.”

In response to Trump’s legal team and their specific efforts to prevent her from selling or distributing prints of the image, Gore has posted a hi-res version as a free download and vowed to not only put the image back up on eBay but to donate $100 to Bernie Sanders every time it’s taken down.